Laila Khan (actor Fardeen Khan’s sister) married Farhan Furniturewallah in a simple Nikaah ceremony on April 16th. Later, they hosted a grand reception at Taj Lands End which was attended by the who’s who from the Mumbai’s film industry.

This is the second marriage for both Laila and Farhan. Laila, an artist by profession was earlier married to Delhi based Rohit Rajpal while Farhan who runs his family’s furniture business was married to actress Pooja Bedi. Many friends of Laila from Delhi attended the wedding reception. What was also interesting is that Farhan’s first wife Pooja was there with her children and her father Kabir Bedi to wish the newly wedded couple. At the reception, the guests were welcomed by Fardeen Khan, uncle and aunty Sanjay and Zarina Khan, and cousins Sussane Khan Roshan, Farah Khan, Simone Khan Arora and Zayed Khan. The Bachchans were there with Amar Singh; they were one of the earlier guests and much after they left, actress Rekha came wearing her signature gold saree.

Laila Khan’s gold gown with lots of glitter was created by her designer mother Sundari Khan. She teamed it with a heavy diamond necklace by cousin sister Farah Khan. The groom’s clothes for all functions were created by Fardeen’s designer Shaahid Amir. For the reception, Shaahid designed for the groom a black suit and a black shirt in cashmere silk. Fardeen wore a grey silk suit with a white shirt and a grey silk tie. 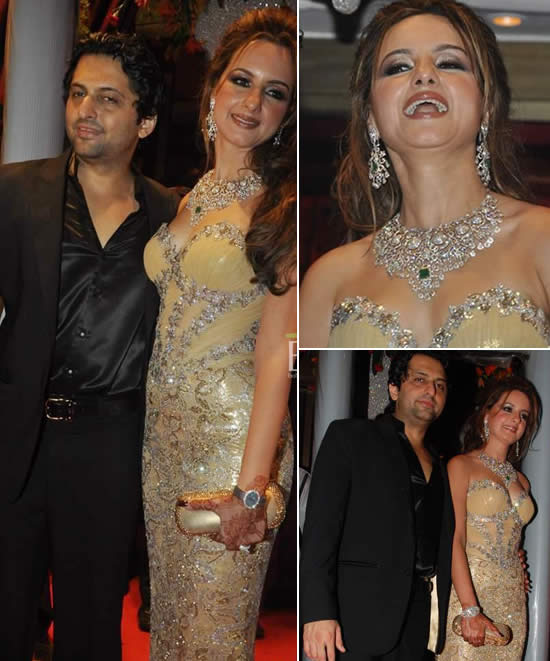 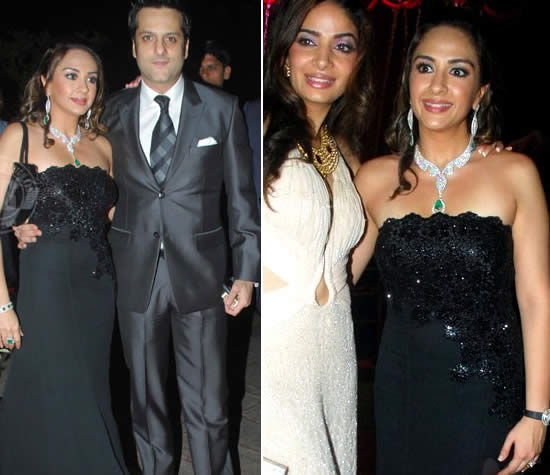 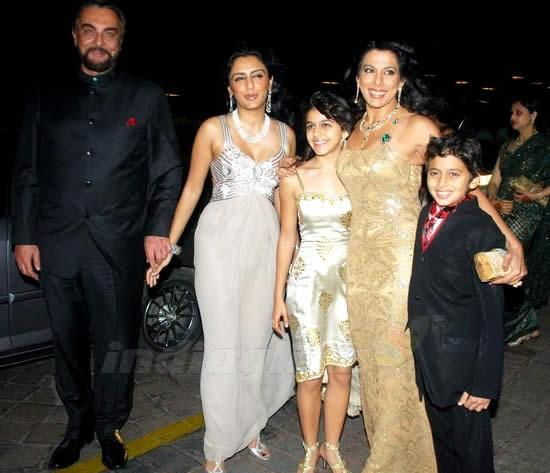 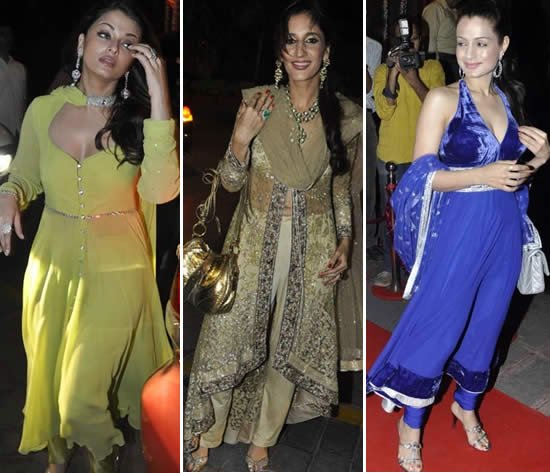 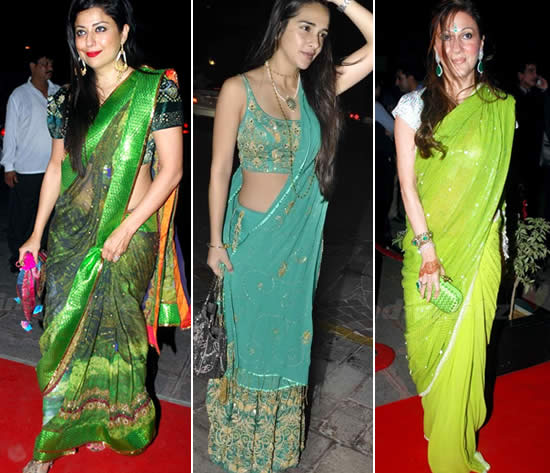 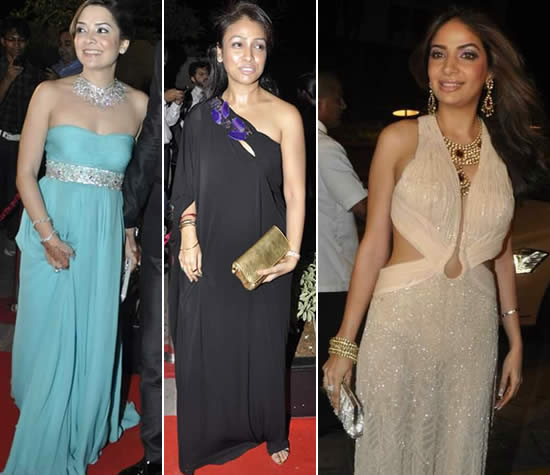 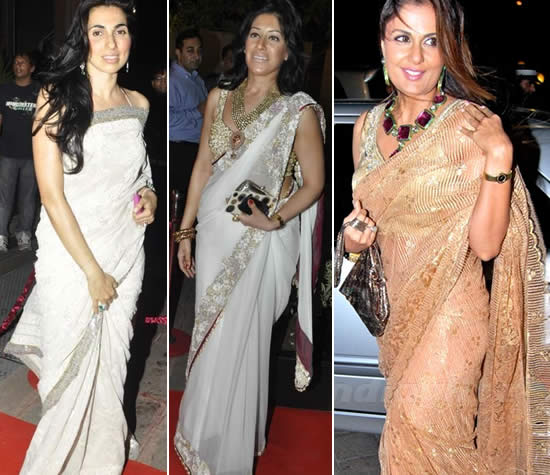 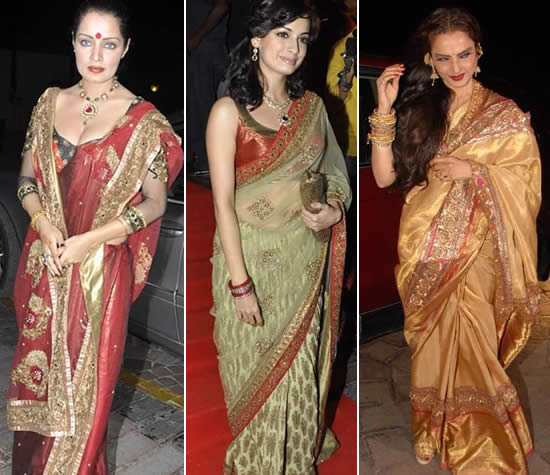 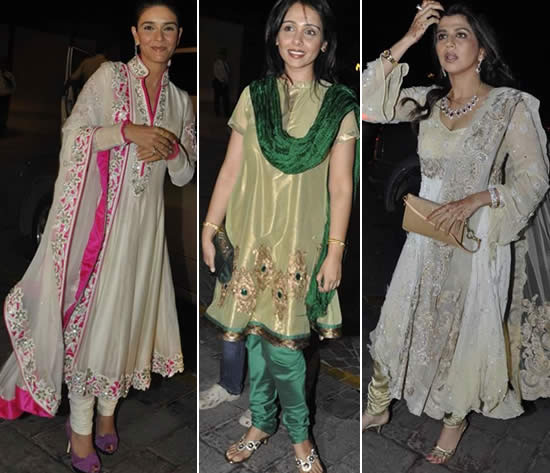 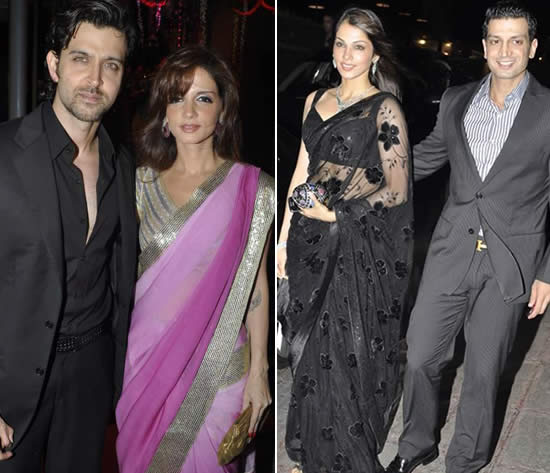 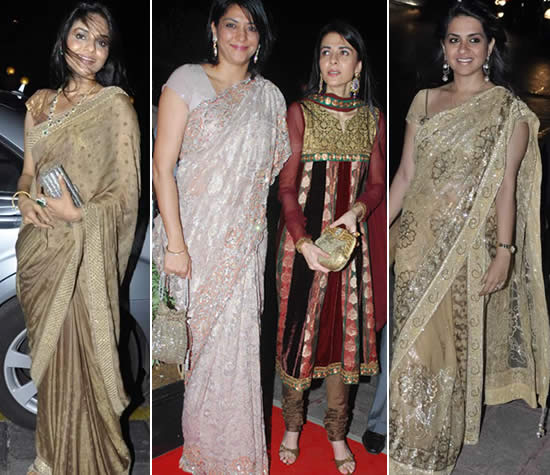 This entry was posted on Monday, April 19th, 2010 at 4:00:24 am and is filed under Celebrity News. You can follow any responses to this entry through the RSS 2.0 feed. Both comments and pings are currently closed.