When IT czar Narayana Murthy’s daughter Akshata wed Rishi Sunak, it was a low-key affair. Akshata Murthy, belongs to the breed of privileged princesses who are now known as hands-on heiresses; daughters of business magnates who don’t lead a fairy-tale life. They earn professional degrees, work in organisations abroad and return to start their own business venture or become their dad’s ‘right hand men’. Unlike earlier, when business baron dads chose for their daughters a boy from the same community or business circle, today’s business babes fall in love with and marry guys from non-business families too. 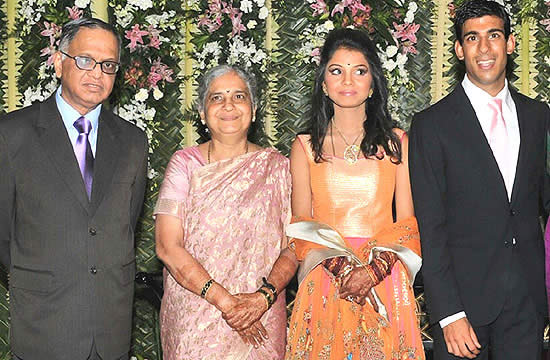 Narayana and Sudha Murthy with Akshata and Rishi Sunak 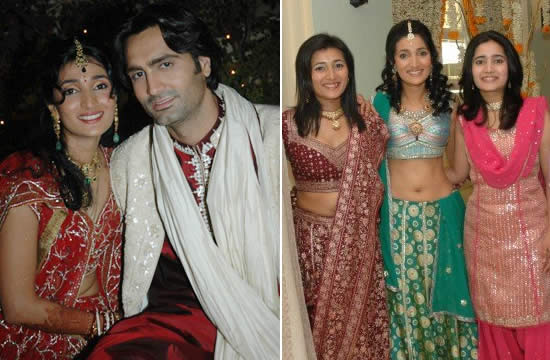 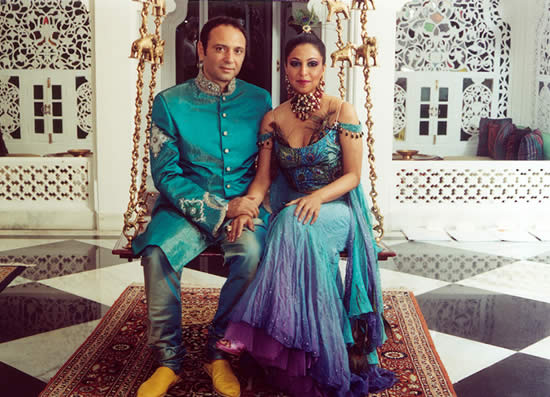 Schauna’s quiet wedding in Bikram’s home town Indore was followed by a grand reception in Mumbai. Her sister Alisha’s wedding celebrations were at Taj Lands End. The Turf Club, the most magnificent wedding location in Mumbai, has played host to the most number of high profile wedding receptions. Sargam Bajaj, Ambika Hinduja, Aarti Sheth and Ashika Pohoomul’s grand wedding receptions with over thousand guests were held there. Some like Priti Paul hosted a smaller wedding affair—with just about 300 guests, at the magnificent Jag Mandir on Lake Pichola.

For her wedding, Akshata Murthy wore a simple and stylish lehenga with no dripping diamonds or chunky gold, but most other heiresses go for exquisitely embroidered wear and ornate handcrafted jewellery. Abu-Sandeep, Sabyasachi or Pallavi Jaikishen lehengas teamed with elaborate jewels from Jaipur Gems, Varuna D Jani or Raj Mahtani.

This entry was posted on Wednesday, June 30th, 2010 at 9:45:53 pm and is filed under Celebrity News. You can follow any responses to this entry through the RSS 2.0 feed. Both comments and pings are currently closed.