Love Without Borders: Sanjay and Doug

It was love at first sight followed by a decade-long relationship for Sanjay and Doug. They say love conquers all, and in their case, it trumped over the hurdles of a long-distance relationship. The two said ‘I do’ in the same country where they decided to take the next big step and get married to each other.

An elated Sanjay tells us all about their journey and nuptials.

How They Met
“It’s a bit cliché but Doug and I met at the Manchester Pride in 2009. Two of our friends had been dating and because of them, we ended up at the same party. For us, it was definitely ‘love at first sight’ and the rest is history! This past August we completed 10 years since the time we first crossed paths” 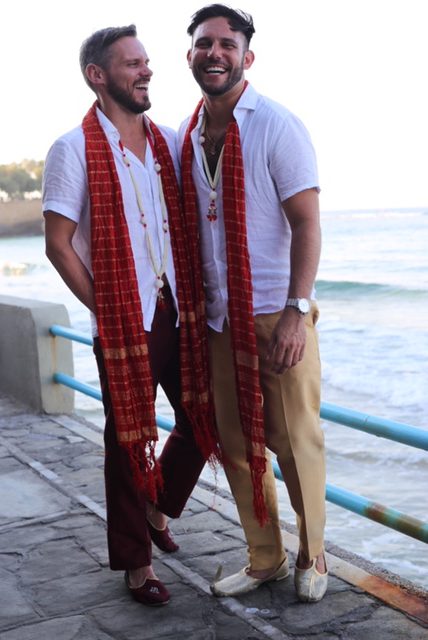 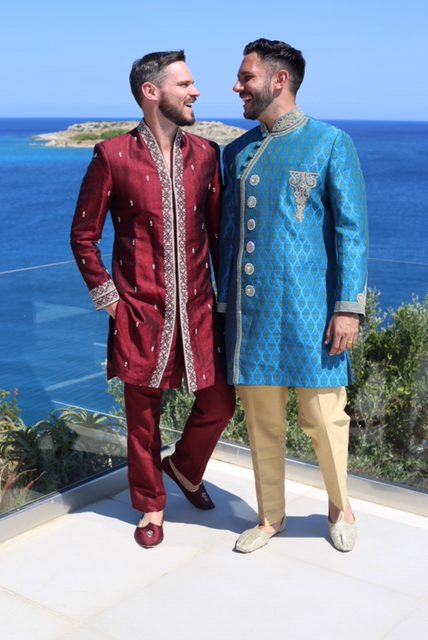 First Date Story
“For our first date, we just met at a quiet bar in Manchester. It was quite a simple evening and Doug was extremely nervous, yet we had a lovely time!”

From Meeting To Marriage
“We originally were based out of Manchester and that’s how we met there. However, some time into the relationship, my career took me to London with which began some testing years of a long-distance relationship which eventually resulted in a short break up. However, we had found a place in each other’s hearts and love brought us back together. It wasn’t before long that Doug was able to relocate to London too and once again we were united!”

Introductions with Family and Friends
“We have been so lucky in this regard. Both of us have many mutual friends and our families have been so accepting of our choices. We meet our loved ones from both sides regularly and our mothers have even been on a holiday to India without us for three weeks! One of the greatest aspects of our wedding was seeing all 120 of our nearest and dearest genuinely getting along, laughing and dancing the night away. There was a lot of love in the air at our celebrations!”

The Proposal
“Doug and I had been to Mykonos for one weekend. He was desperate to go Santorini to see the blue domes and I decided to arrange a day trip. I also booked a room in a stunning hotel there since I had planned to propose to him the same evening. We had a private dinner arranged for us at our balcony that overlooked the ocean, the volcano, and the breathtaking sunset.”

“I had set up a camera under the pretext of taking pictures when the sun hit the horizon, and just when I was going to pop the question an American couple leaned over the balcony and started chatting with us! None the wiser, Doug began talking back to them! Once they finished their conversation we did a second take and that went perfectly!” 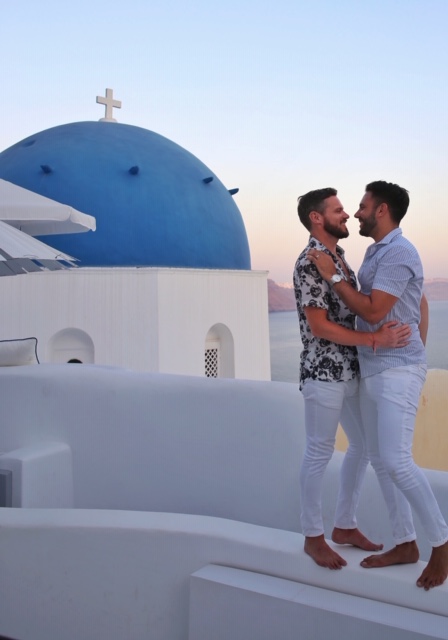 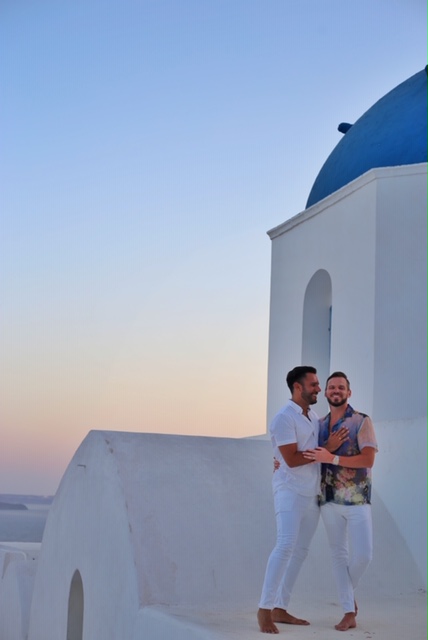 The Big Day
“Our wedding was everything we could have asked for and more. We had our registry at the bandstand at Horniman Museum and Gardens, London, for which we wore our sherwanis which were simply stunning. The ceremony began with the exchange of the garlands which were made by our mothers as well as some family friends. Doug’s nieces and nephew read out ‘When You Wish Upon A Star,’ which we thought was so cute and meaningful. It was the perfect light-hearted reading for our special day and this lovely intimate occasion with just family.” 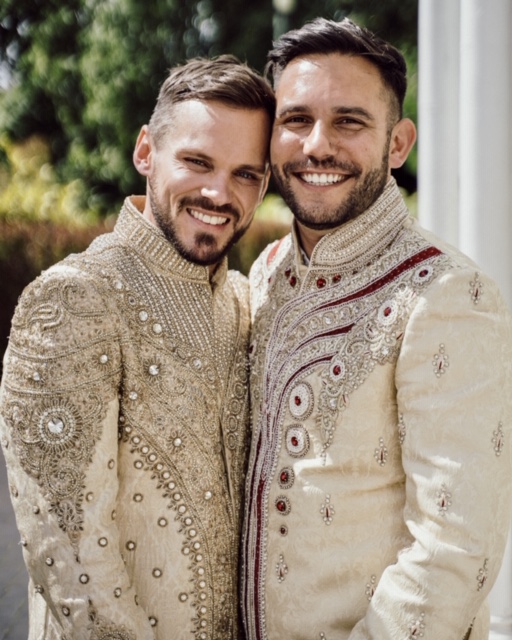 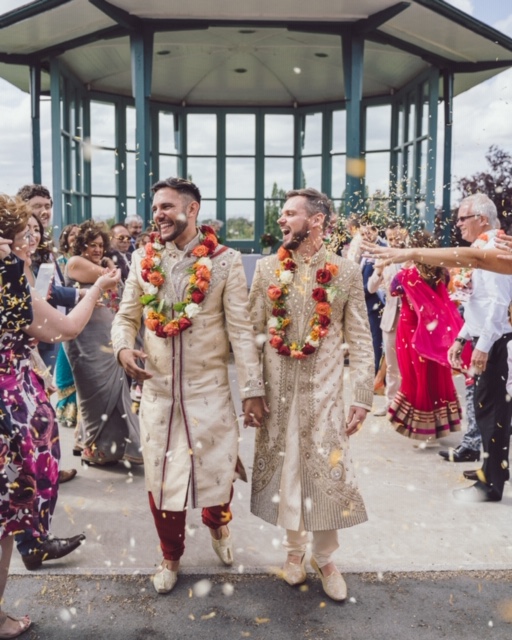 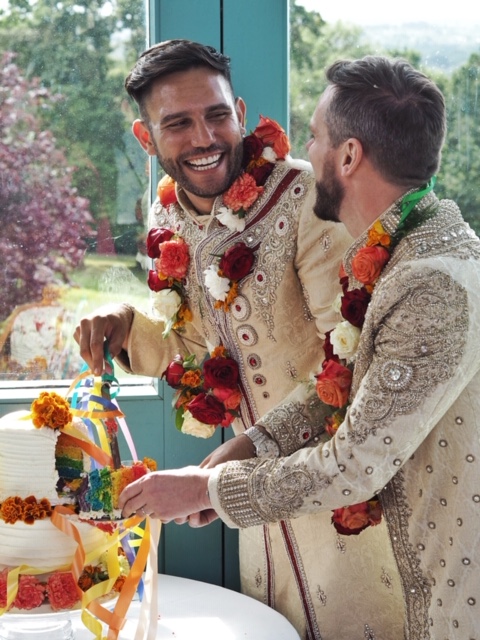 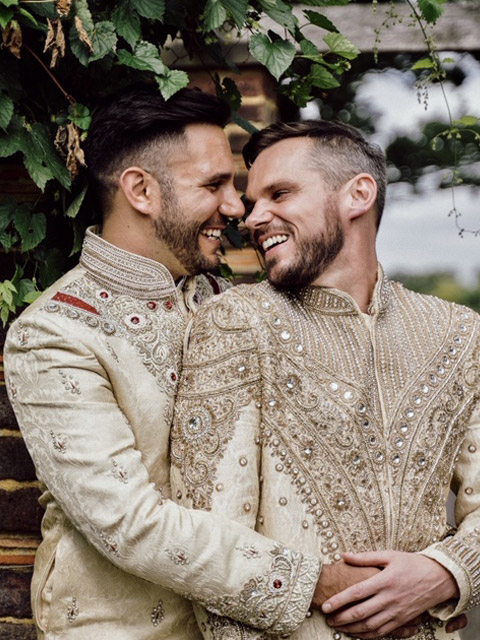 “The next day we flew to Chania, Greece, where the revelries went on for a week and included a sangeet as well as a joint bachelor party. Our wedding ceremony took place on a glass platform over the pool and our bridal party made their entrance on the song ‘Spice Up Your Life’ by the Spice Girls. We set off rainbow smoke bombs during the ‘Colours of the World’ verse, and our advice to anyone pulling this off at their own wedding would be to check the direction of the wind! As the colorful smoke rose, the setting looked wonderful, however, a few moments later it surrounded our guests instead of disappearing away from the venue! Nonetheless, it gave us something to laugh about! This was easily the most memorable week of fun and festivities that we’ve ever had.” 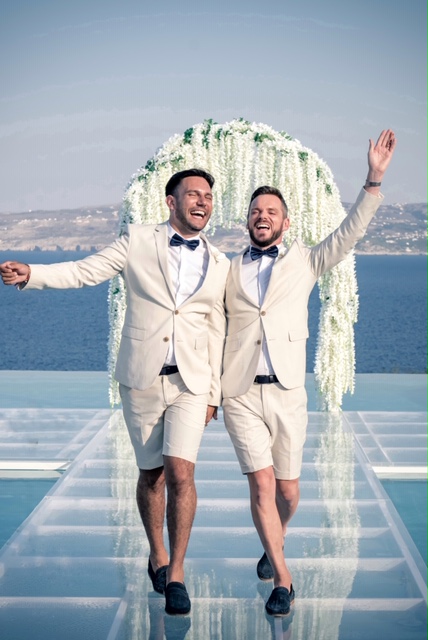 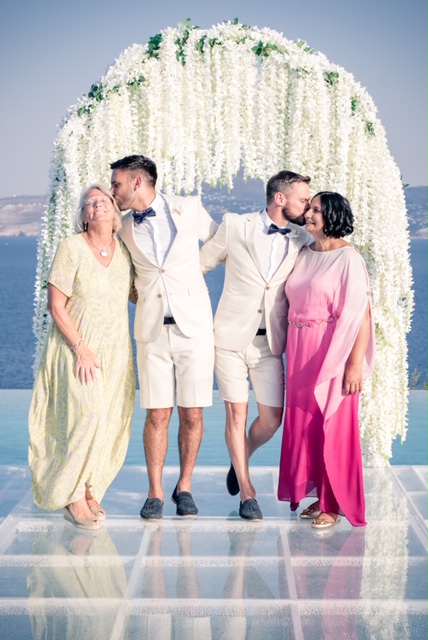 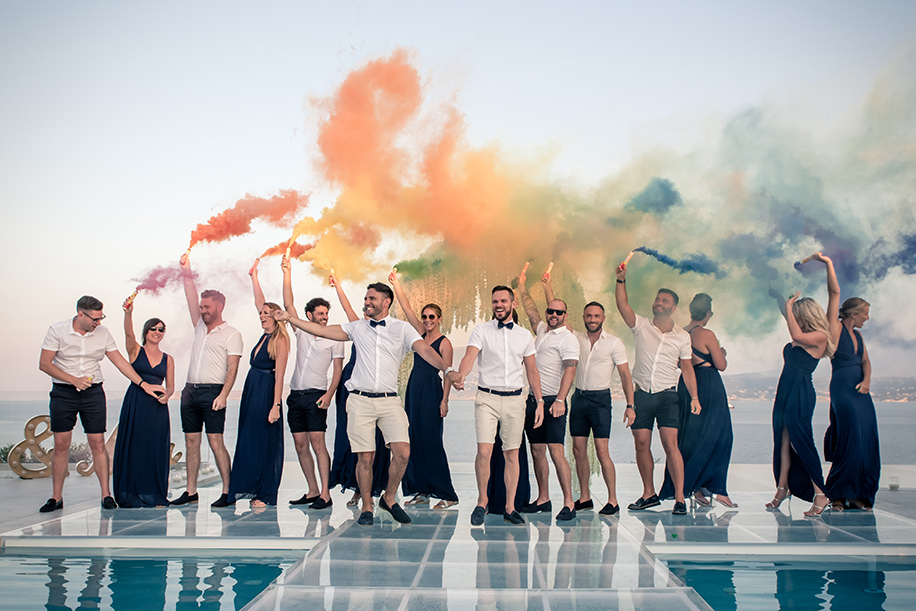 This entry was posted on Friday, November 8th, 2019 at 3:27:32 pm and is filed under Love without Borders. You can follow any responses to this entry through the RSS 2.0 feed. Both comments and pings are currently closed.