We’ve all seen the glitzy buzz and feverish excitement around celebrity nuptials especially when it involves couples from Bollywood and Indian cricket – like the ‘Virushka’ wedding which broke the internet. Similarly, Sonam Kapoor and Anand Ahuja’s much-anticipated wedding is destined to do the same.

Sonam has chosen the intimate settings of her family’s homes for her wedding celebrations, as well as an after-party at The Leela Hotel Mumbai. We expect every function to be a class apart with carefully picked elements that are in sync with this young Bollywood diva and her designer fiance’s discerning tastes.

Sonam’s mehndi took place at her father Anil Kapoor’s residence yesterday evening, for which she wore a pretty peach and lavender sharara designed by Anuradha Vakil. Anand Ahuja opted for an onion pink sherwani and posed happily alongside a glowing Sonam who got beautiful henna designs applied on her hands by celebrity mehndi expert Veena Nagda and her talented team.

Sonam’s besties Masaba Gupta, Kunal Rawal, Pernia Qureshi and Karan Johar as well as her cousins, Mohit Marwah, Khushi and Jhanvi Kapoor, Shayana Kapoor, Arjun Kapoor, and Harshvardhan Kapoor, were seen dressed to impress. The gang shared many selfies and photos from the merry event as well as celebrated Sonam’s upcoming movie ‘Veere Di Wedding’ which will be released in June. Sonam’s sister Rhea who was her maid of honor wore an ivory and gold salwar kameez by Abu Jani Sandeep Khosla for the event. 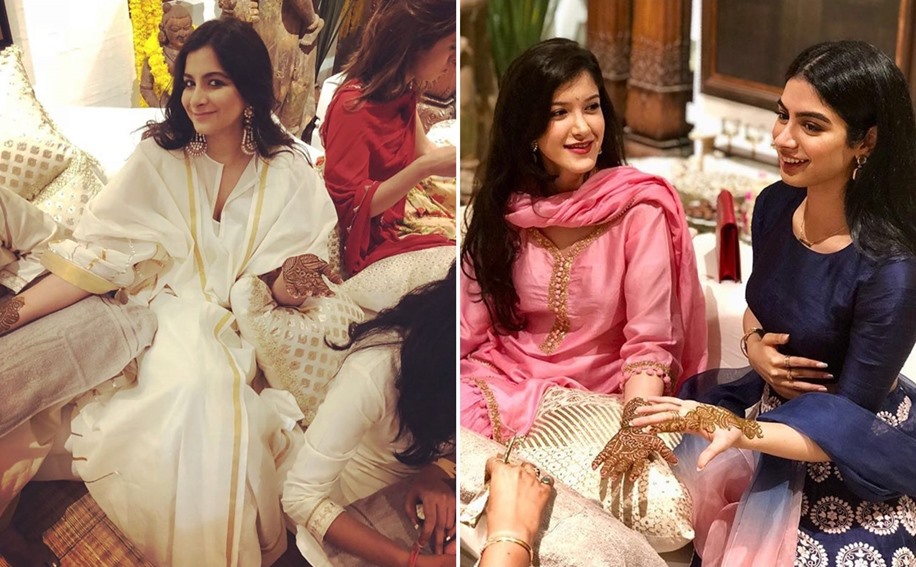 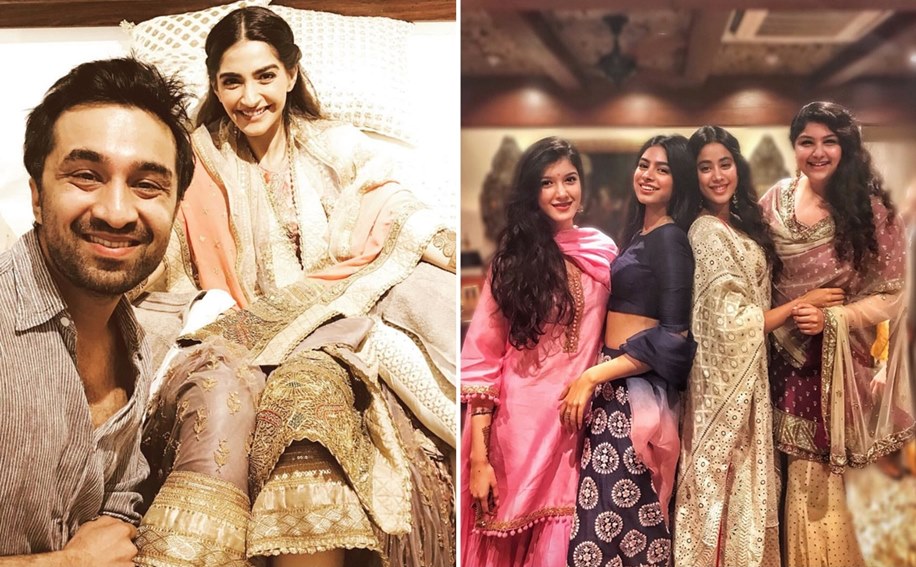 You are reading this Insider Scoop first on WeddingSutra as we reveal the wedding makers of #SonamKiShaadi here!

A wedding is a union of two people, but in the glamorous spheres of Bollywood and fashion, every wedding is a high stakes event given the amount of publicity it is expected to generate. That’s why many celebrities rely on A-list wedding planners and vendors who offer professionalism, discreteness, unique concepts and top-notch execution.

WeddingSutra Favorite Wedniksha is Sonam Kapoor’s Wedding Planner and is managing all the celebrations. The intimate wedding is set to take place tomorrow i.e. May 8, 2018, at her aunt Kavita Singh’s residence. Wedniksha’s duo Farid Khan and Bhavnesh Sawhney have orchestrated some of the grandest destination and hometown weddings and their clients include the who’s who of Bollywood, business and Mumbai/ NRI society bigwigs. New Delhi-based Rani Pink will do the decor styling of the events while carefully following the bride’s brief for the private wedding. 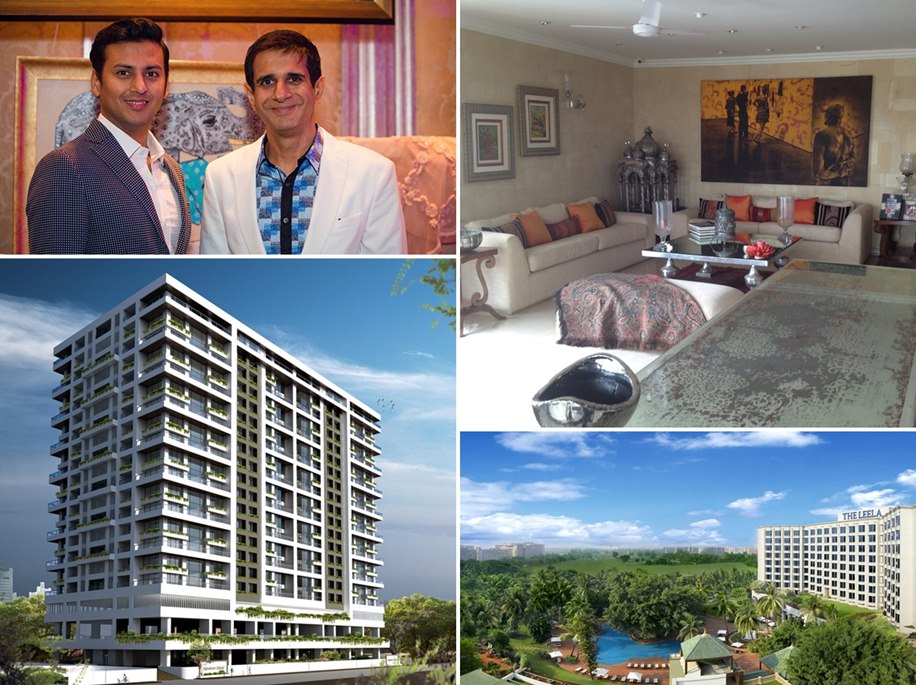 Keeping in mind Sonam’s E-Invite (pssst… Sonam wanted to go eco-friendly with her wedding invites and chose not to print them!) we wore our guessing hats and here’s what we think Sonam’s intimate wedding celebrations might look like. 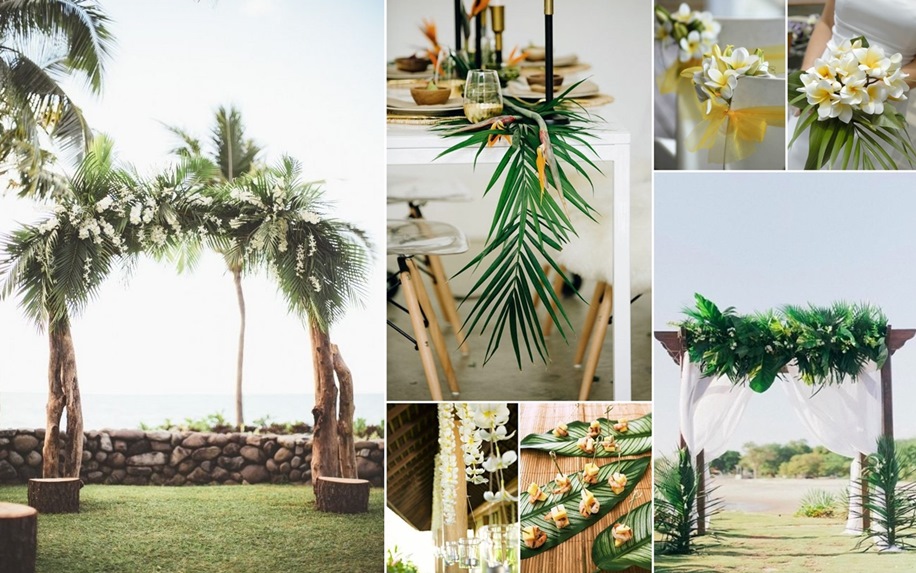 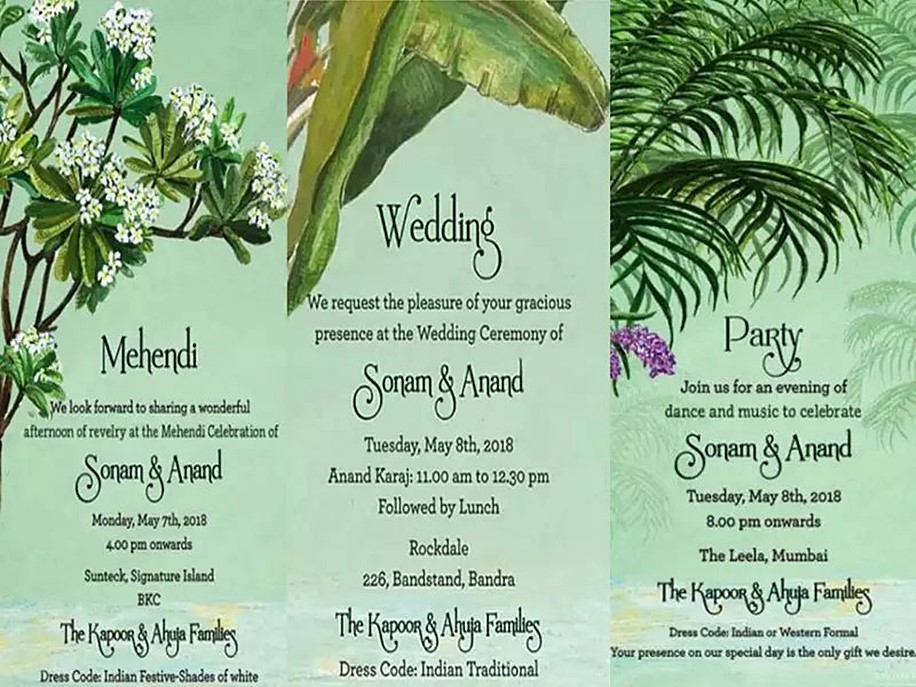 A celebrity celebration requires a large team of professional photographers and videographers to document all the glitzy memories. Sonam and Anand have chosen none other than the team of WeddingSutra Favorite Anand Rathi of Reels and Frames to cover their wedding celebrations. Anand Rathi has always left our audience spellbound with his whacky and creative storytelling approach towards wedding films and photos. We can’t wait to see what he brings out from this Bollywood superstar’s wedding.

New Delhi-based star chef and one of the A-listers’ favorites –  Marut Sikka will be the official food curator of all the delicacies that will be served at Sonam and Anand’s wedding. 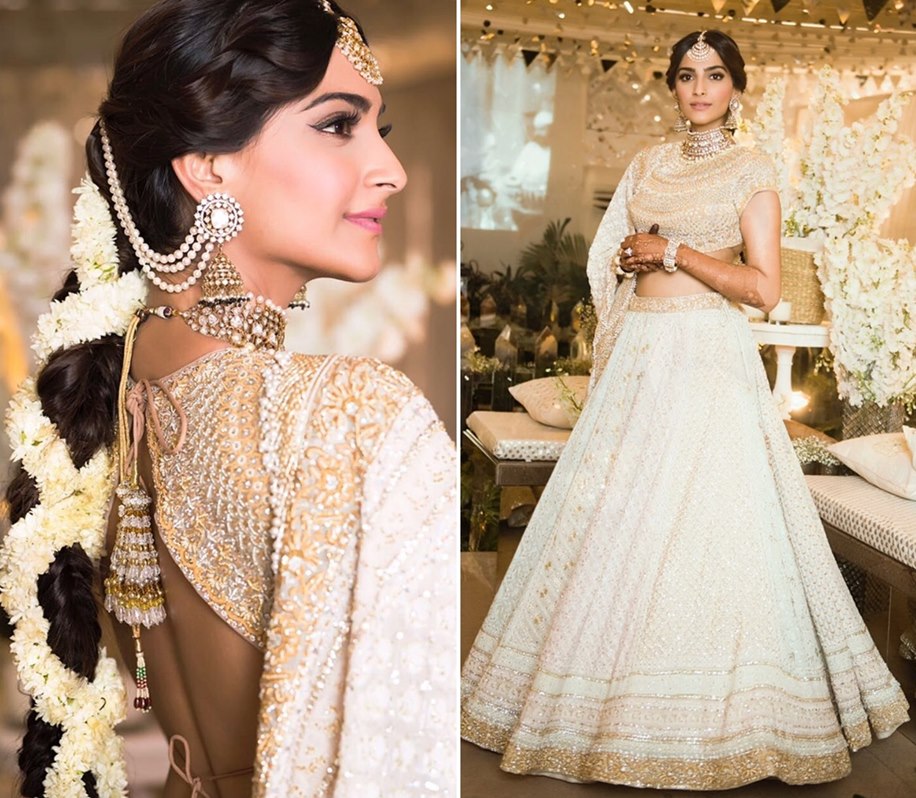 Highlights from the Mehndi at Sonam’s apartment in Bandra Kurla Complex- Sonam wore fresh floral jewellery and kalereein designed by Floral Art and Mrinalini Chandra Artistan Atelier. Ace bartenders The Wedding Bartenders whipped up some cool cocktails with pink floral ice cubes which were served with fresh pear salad and grilled seasonal veggies. Guests danced to music by Bally Sagoo and Sukhbir after which DJ AJ got the guests grooving to hip-hop and Punjabi music!

This entry was posted on Monday, May 7th, 2018 at 2:42:22 pm and is filed under Celebrity News. You can follow any responses to this entry through the RSS 2.0 feed. Both comments and pings are currently closed.