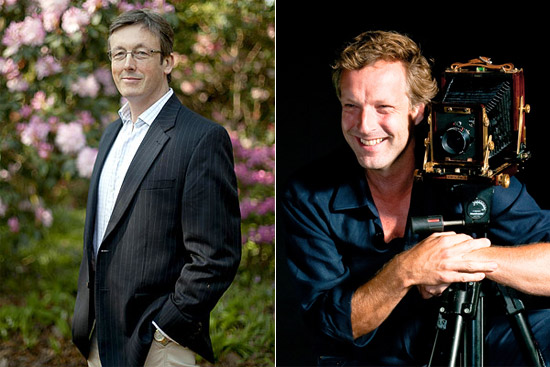 Floral artistic director Shane Connolly, has been working in floral design since 1987 (after a stint in research psychology), and currently runs Shane Connolly Flowers with business partner Jamie Marlar in West London. In an interview Connolly who also arranged the flowers for Prince Charles and Camilla Parker’s wedding spoke: “William and Kate want things to reflect their personalities. It’s not a statement of anything other than their individuality, it’s completely straight-forward, simple, and good.” The floral arrangements in Westminster Abbey will feature a variety of British flowers and trees, including azaleas, rhododendron, euphorbias, beech, wisteria and lilac. Prince William and Kate Middleton have made several eco-friendly choices at their royal wedding, and the appointment of Shane Connolly is no exception. Connolly is known for his “sustainable approach to floristry,” which uses live growing plants and trees. Westminster Abbey will have eight 20 feet-high Maple and Hornbeam trees, all growing in planters, for the wedding. The palace said Will and Kate will donate or replant most of their royal wedding flowers and greenery.

Hugo Burnand has photographed Prince William privately before and was the official photographer at the wedding of Prince Charles and Camilla Parker. Hugo learnt the basics of photography from his mother who used to turn their kitchen into a dark room in the evenings and he started with his first camera at the age of seven. He started his career as an assistant to a photographer and later set-up his own studio in Notting Hill. On being asked what camera gear he will use on 29th, Burnand responded “A Hasselblad H4D-50– the best”. Burnand, also quipped that he’s not nervous but very excited and if there’s one thing he hopes for on the D-day its “sunshine, to lift everyone’s spirit higher.”

This entry was posted on Thursday, April 28th, 2011 at 1:34:36 am and is filed under Wedding Planning. You can follow any responses to this entry through the RSS 2.0 feed. Both comments and pings are currently closed.