Michael Bublé and Luisana Lopilato get married in Buenos Aires

Canadian crooner Michael Bublé married Argentinian actress Luisana Lopilato in Buenos Aires over the weekend. The couple first enjoyed an intimate civil ceremony, and later wed again in grandeur with 300 guests at a private mansion. Michael serenaded his new bride with his song “Haven’t Met You Yet” at the reception and they had their first dance to Dean Martin’s “Everybody Loves Somebody.”

Luisana wore three dresses for the various ceremonies. For the civil ceremony , she wore a violet-colored mini dress and carried a small bouquet of purple orchids while Buble wore a gray suit and silver tie. For the religious ceremony, Luisana wore a tiered gown by Argentinian designer Sylvie Burstin, while Michael suited up in a black tux. And later Luisana changed into silk chiffon V-neck gown with embroidered waist and shoulder by Marchesa while Buble wore a DSquared2 suit. 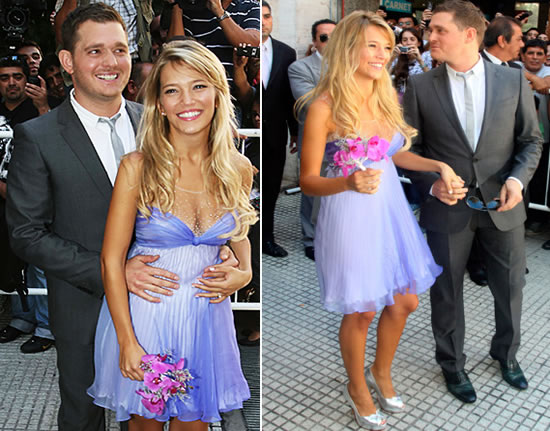 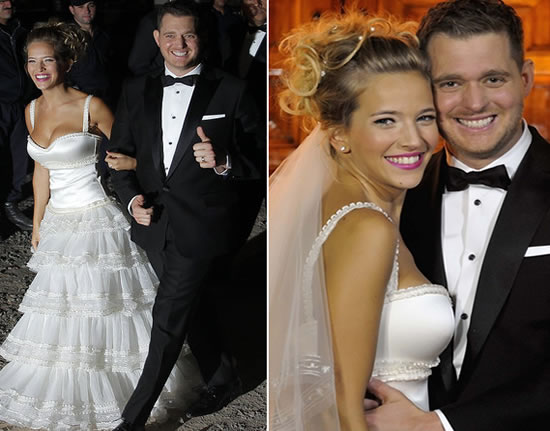 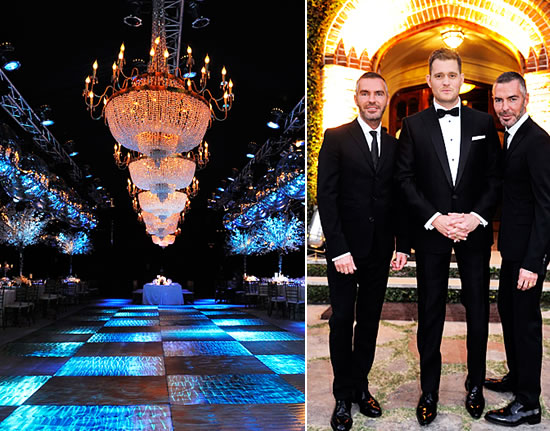 This entry was posted on Tuesday, April 5th, 2011 at 10:43:32 pm and is filed under Celebrity News. You can follow any responses to this entry through the RSS 2.0 feed. Both comments and pings are currently closed.