Actress Megha Gupta best known for her role in TV serial Kavyanjali got married to Aditya Shroff of Fame Cinemas. Says Megha: “I always dreamt of having a small wedding with no logistics and arrangements hassles, and I’m so happy it was so. We had a temple wedding in the morning, and a chilled-out evening celebration with few near and dear ones.” 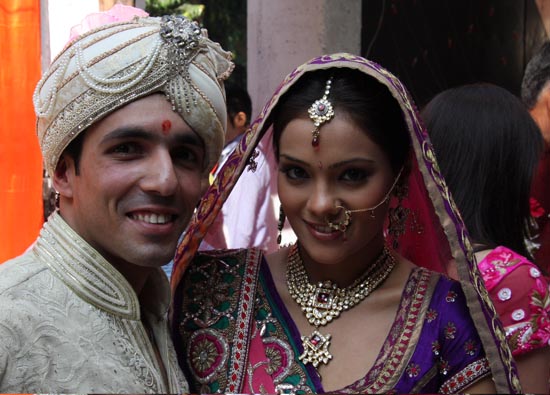 India’s hottest male model, Freddy Daruwala tied the knot with his long-time sweetheart Crystal Variava at a small function at his home town Surat. Crystal is also from Surat, but has been brought up in USA, where she is now pursuing Masters in Audiology. Freddy says he and Crystal have not finalized their where-to-settle-down plans. “After Crystal finishes her studies, she may move to Mumbai else I’ll move base”, says the light-eyed Parsi dude. 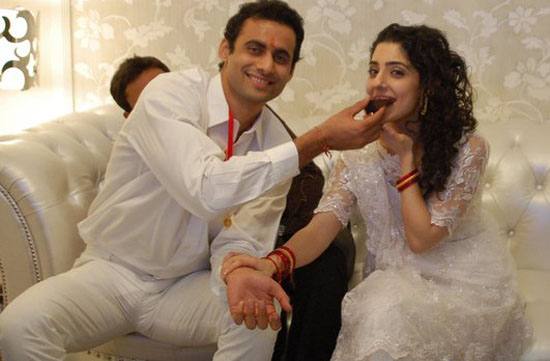 Padmaja Kumari Mewar, 30, the younger daughter of Arvind Singh Mewar of Udaipur married Khush Singh Parmar of Santrampur, Gujarat. It was a special occasion for HRH Group of Hotels, who hosted their own Princess’ wedding after having hosted so many high-profile celebrity weddings like Raveena Tandon-Anil Thadani and Priya Sachdev-Vikram Chatwal. The Mehndi and Sangeet were held at Jagmandir Palace and the Pheras at City Palace’s Zanana Mahal. Khush Singh Parmar, is an alumni of Harvard Medical College, and lives in Boston, Padmaja began her career in Four Seasons Hotel, after which she worked with her father in the HRH Group.

The Vagdaan ceremony, from left to right. Khush Singh Parmar and his parents. Padmaja Kumari and her parents.

This entry was posted on Thursday, March 17th, 2011 at 12:30:25 am and is filed under Celebrity News. You can follow any responses to this entry through the RSS 2.0 feed. Both comments and pings are currently closed.