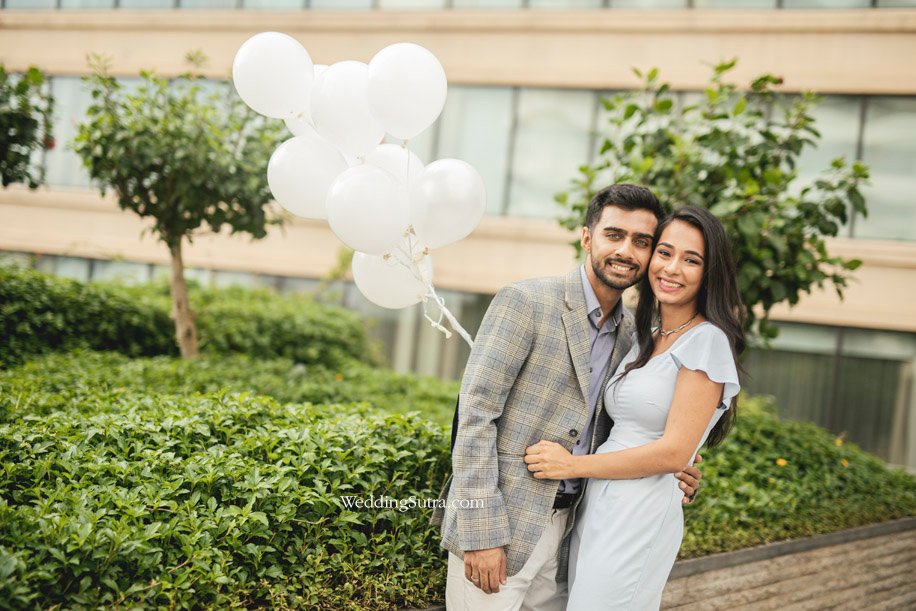 Of all the clichés and fables about finding true love, none is as compelling as the idea of ‘love at first sight’. The meeting of the eyes, the catch in the throat, the primal instinct kicking in – where this connection comes from, we’ll never know. But it’s always a delight to encounter.

As Poonam and Akash took their seats opposite each other at their first meeting, in her office, something clicked. “There was an instant attraction,” she says. She worked with an e-commerce website and a mutual friend had put her in touch with Akash who wanted to showcase some of his products on the portal. As they began talking, the pieces began to fall into place. They had a lot in common. Poonam held back from taking things forward, “I never took the lead since he was a client, so it was he who first asked me out for dinner and soon after, we began dating.” 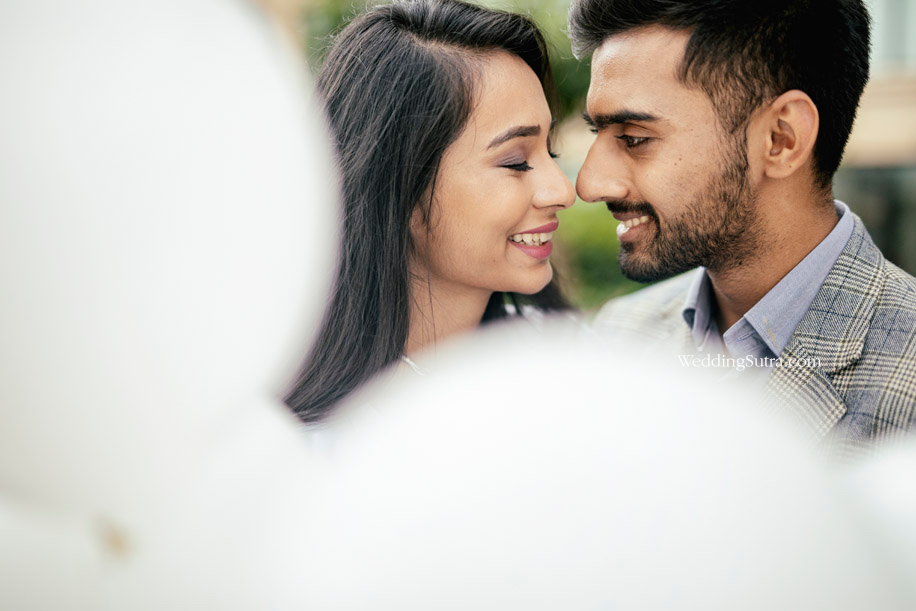 What was even more special is that friendship followed the attraction phase for this couple. While they developed a romantic bond quick enough, discovering friendship took a few more months along with a breakup!

Poonam laughs, “Maybe we’re one of those rare cases when we became friends when we were ‘on a break’.” Having moved to the UK for her post-graduation, the couple called off their relationship. “But something kept us hooked,” she says, “My course was intensive making it rather difficult for me to keep in touch with most of the people I knew. But somehow, both of us managed to make time for each other. We weren’t dating at this point so there was no real reason or pressure on us to get on a call every day, yet we stayed connected. This was the time when our friendship really blossomed. If it weren’t for the distance we would possibly have never realized how much we value each other.”

Over time, the two of them had become an irreplaceable part of each other’s lives but the path ahead wasn’t as clear as the moment they’d fallen in love.

“I am from Mumbai and getting married to Akash meant moving to Japan which was a big challenge for me,” she says. Akash then decided to solve her dilemma while sweeping her off her feet. They went to the old airport. As soon as she stepped out of the car, Akash went down on one knee saying, “Poonam, the love of my life, my heart is where you are and it’s Mumbai where we will spend the rest of our lives. Will you marry me?” Poonam says, “I said yes and the next thing I knew we were soaring above the city in a helicopter, reminiscing upon the time we’ve spent together and making new memories! I could hardly believe that he had decided to move countries just so that he could be with me!”

Poonam knew that she had found not only the love of her life but also a best friend in Akash. “It’s not often that one finds both these bonds in one person and to celebrate it only something just as unique and precious would do. Since Platinum is one of the rarest metals in the world, it only made sense that we exchanged Platinum Love Bands as a symbol of our commitment to each other,” she says. 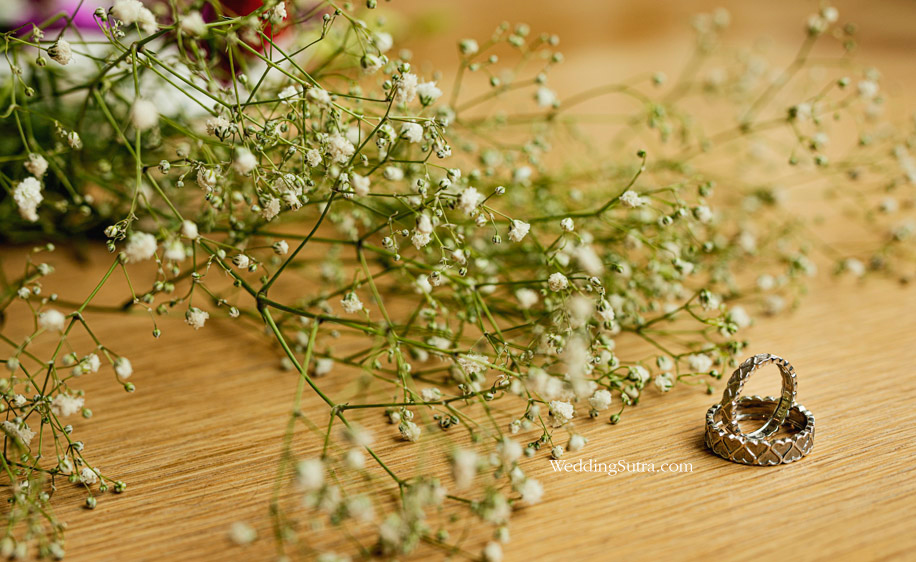 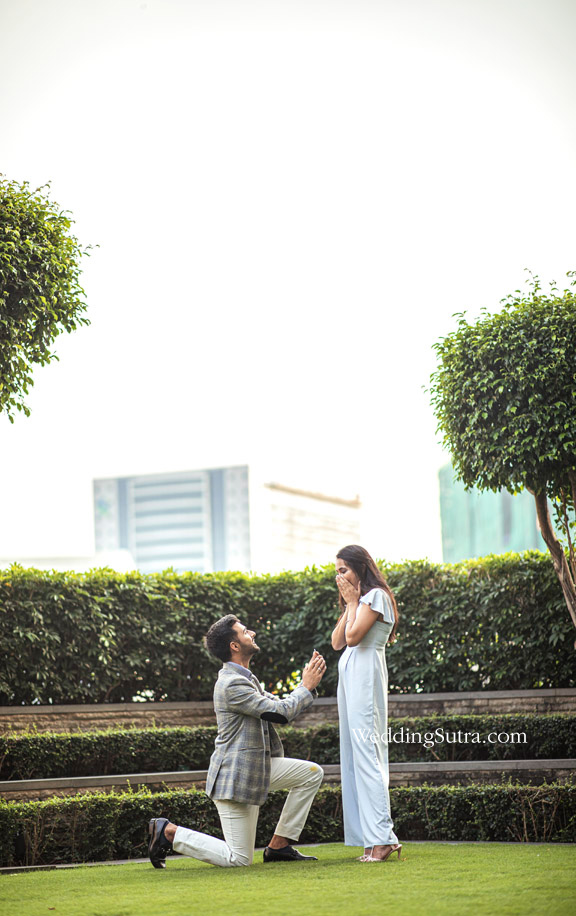 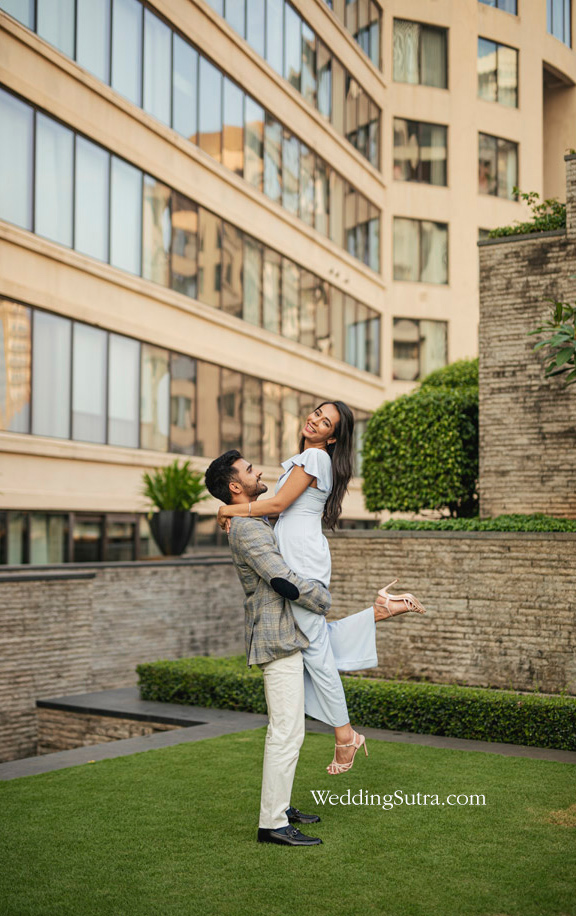 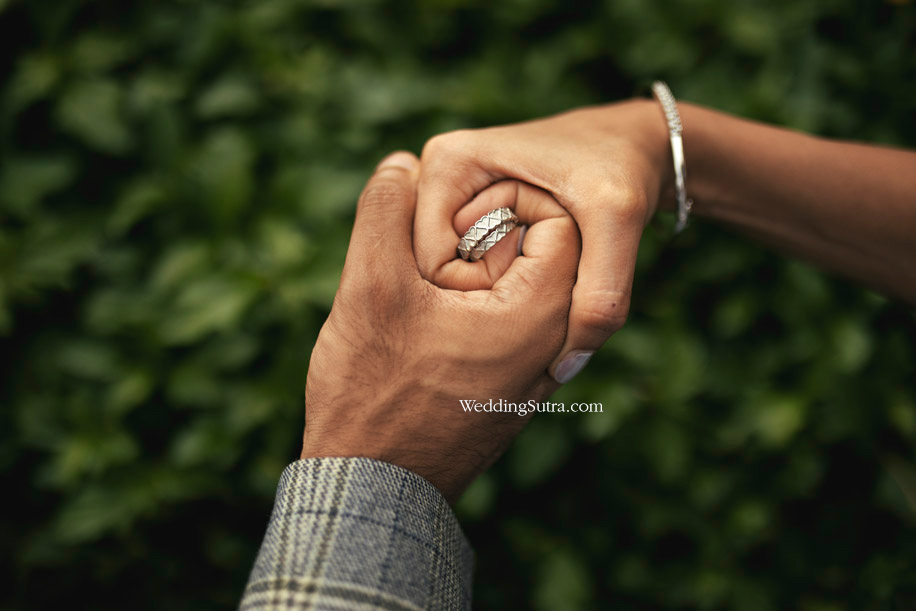 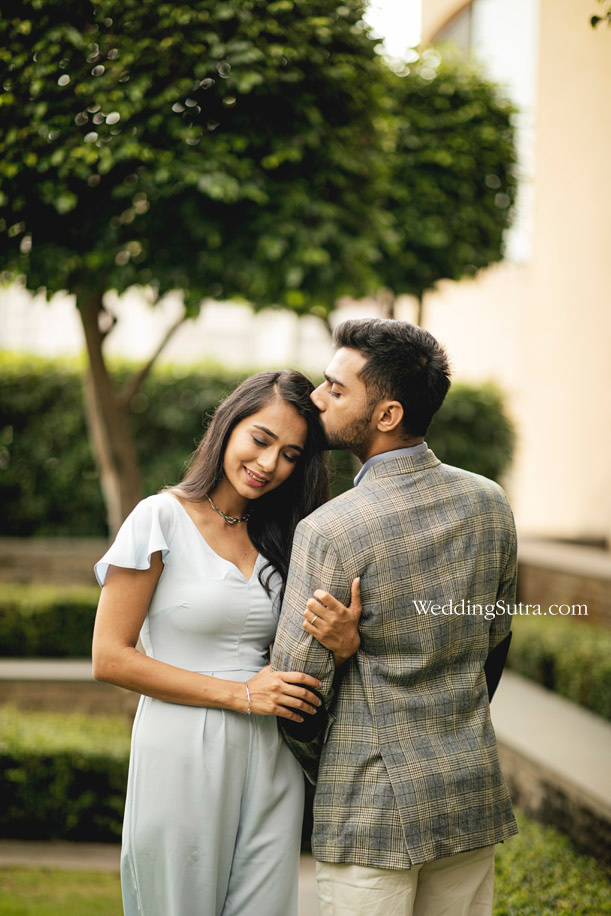 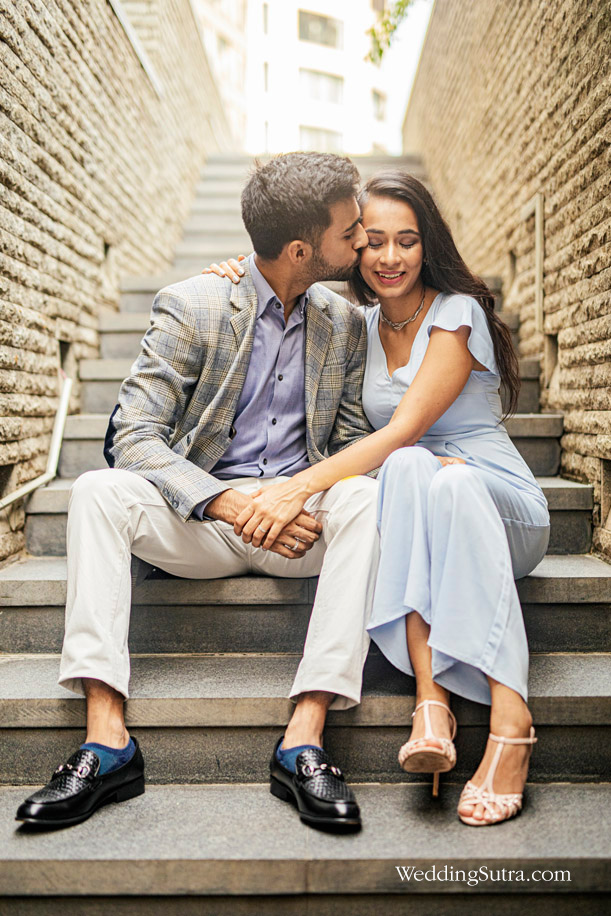 As Poonam and Akash spent the day at the Trident, Bandra-Kurla where he decided to surprise her with beautifully crafted Platinum Love Bands from Nikita Jewellers, Vashi. While Chanderlata of BrideMeUp by Chanderlata gave Poonam a dewy getup and made sure that she looked flawless all through the day, the team at WeddingKrafter by Anoop Padalkar captured the moments in splendid frames. 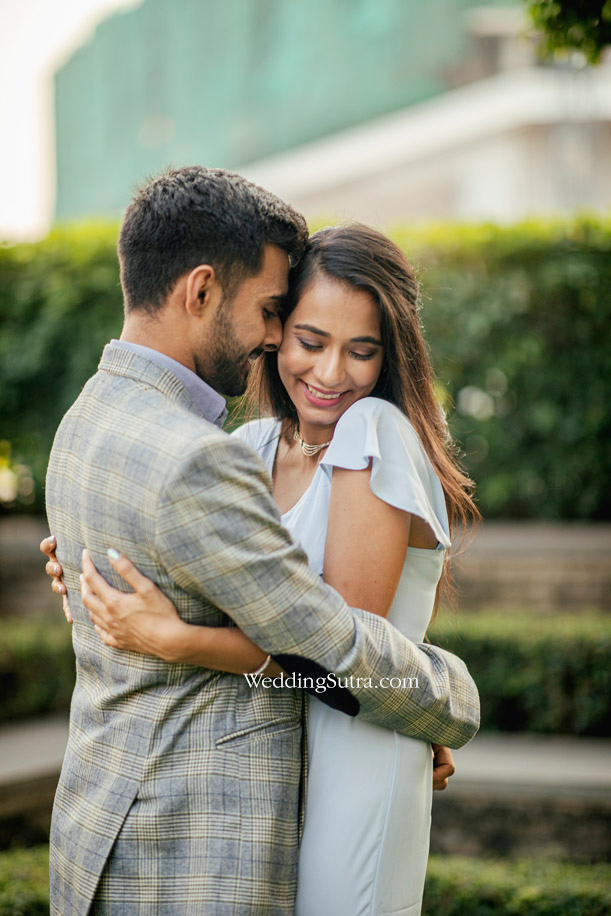 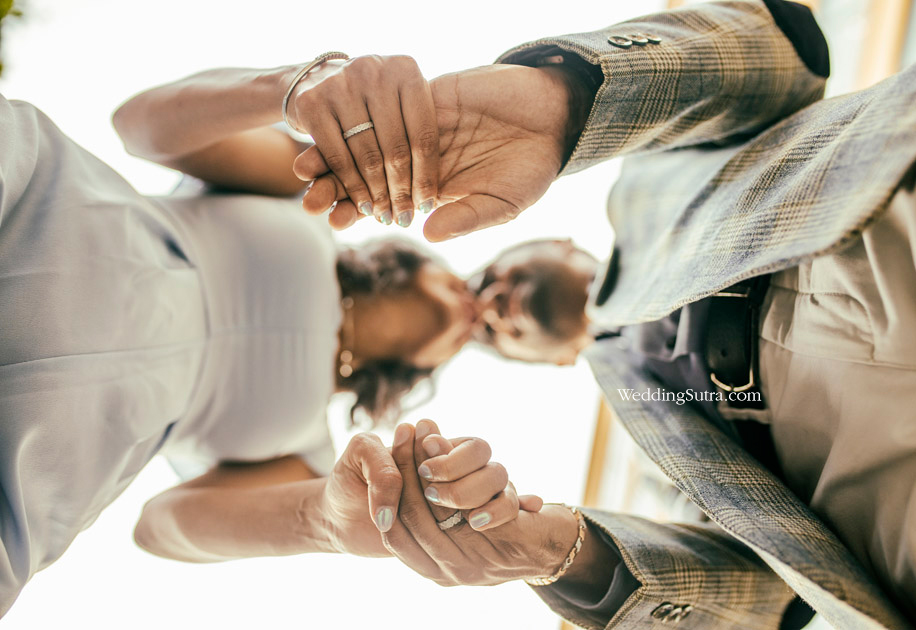 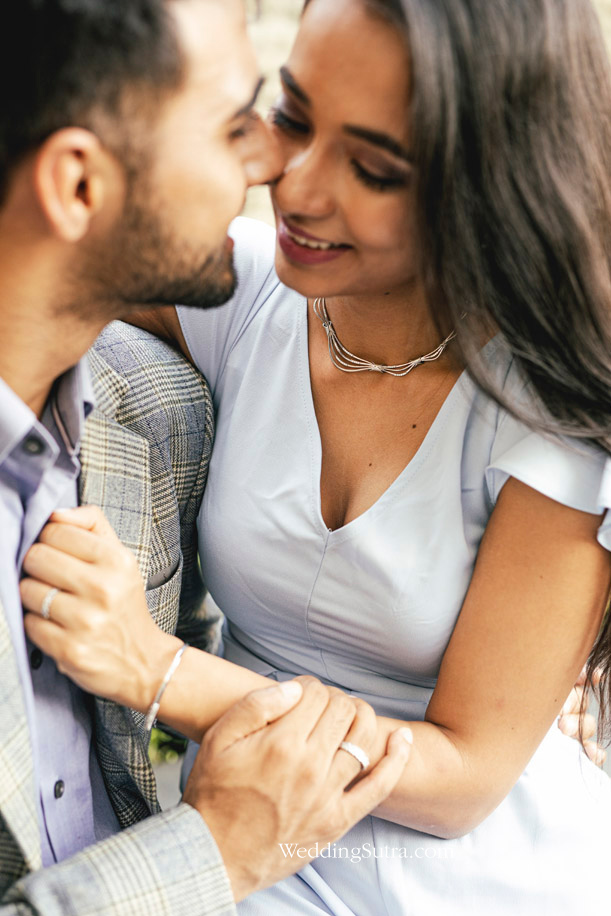 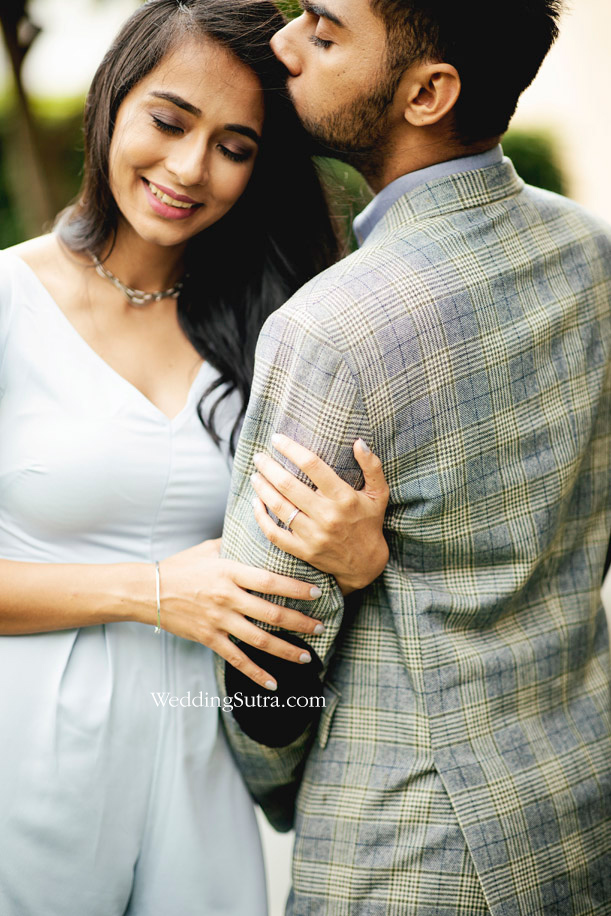 This entry was posted on Tuesday, November 19th, 2019 at 8:21:07 am and is filed under Love Actually. You can follow any responses to this entry through the RSS 2.0 feed. Both comments and pings are currently closed.