Newly titled Princess Charlene of Monaco and Prince Albert II of Monaco married in civil and religious ceremonies over the weekend. The bride, a former Olympic swimmer, wore a Chanel sky-blue jacket and long dress for the civil ceremony. 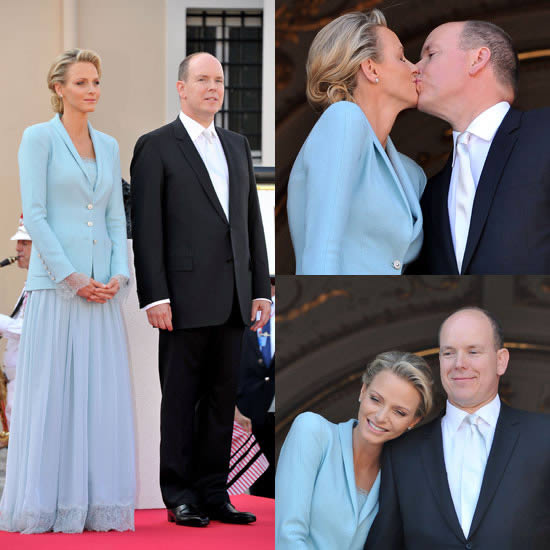 For the religious ceremony held in the palace courtyard, Princess Charlene wore an off-white silk Duchesse Giorgio Armani Prive wedding gown with a 15-ft veil made of tulle. The gown was embellished with 40,000 Swarovski crystals, 20,000 mother of pearl teardrops, and 30,000 stones in gold shades. It took 2,500 hours to make, with the embroidery taking 700 hours, on to 130 m of off-white silk. The bride completed her look with a “Diamond Spray” tiara by Lorenz Baumer that featured eleven encrusted diamond pears. The groom wore a cream-colored summer uniform of the palace of the guards. 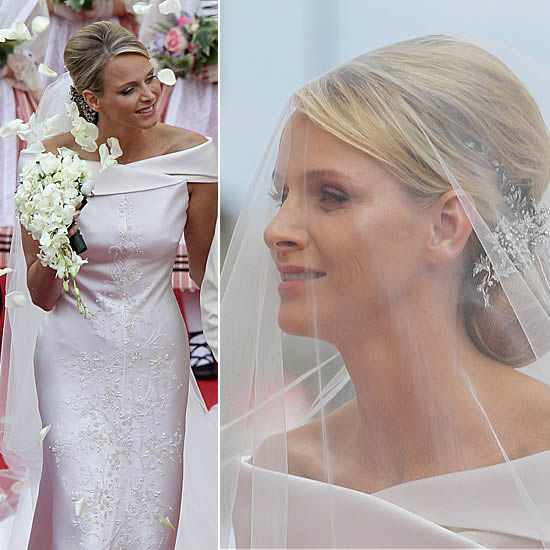 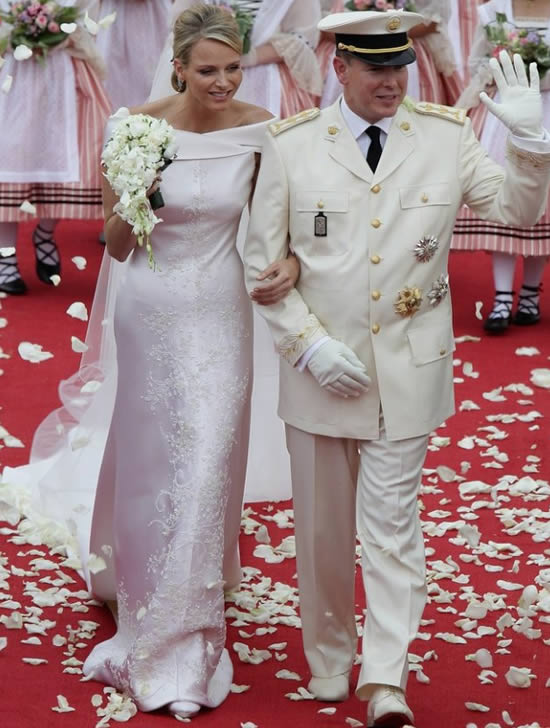 Following the nuptials a ball was held at the Opera Garnier in Monaco. Wittstock changed into a Giorgio Armani cocktail dress with a sheer top and tiered skirt for the occasion. 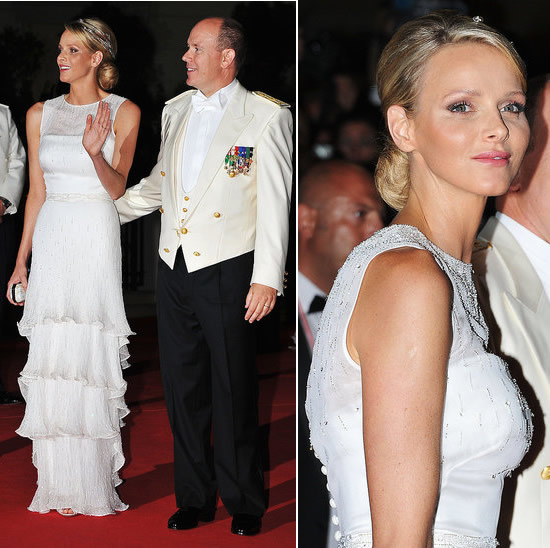 This entry was posted on Monday, July 4th, 2011 at 4:20:22 am and is filed under Celebrity News. You can follow any responses to this entry through the RSS 2.0 feed. Both comments and pings are currently closed.