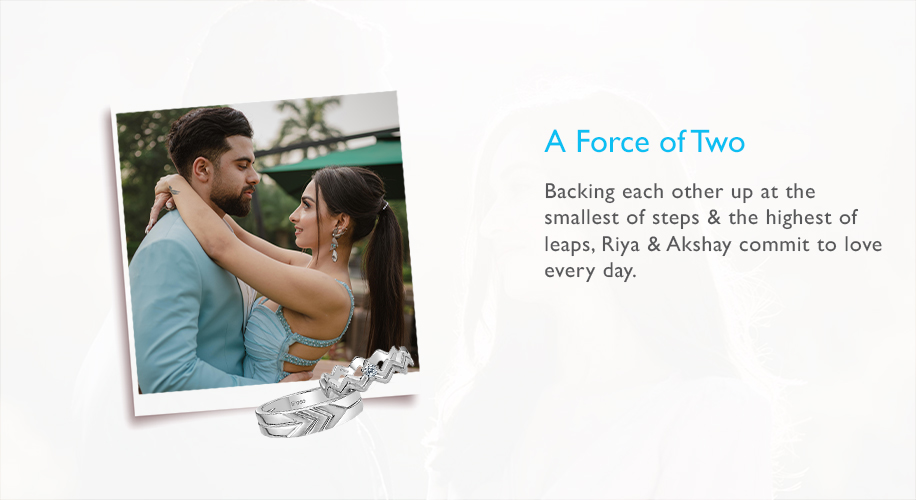 Riya and Akshay’s homes were for the longest time located just a couple of miles away from each other, but, as fate would have it, they first connected online. Riya shares, “In spite of living so close to each other, Akshay slid into my inbox only after he moved to the UAE for a new job. But the distance didn’t dampen the affection or alter the length of our conversations. In fact, the connection was spontaneous and easy. From the get-go, we both realized that even though our perspectives can differ on a few things, our core values and principles are quite similar.”

Possessing a sunny disposition regardless of the circumstances, Akshay has been pivotal in changing Riya’s outlook, which in turn, has led her to spread her wings fearlessly. Riya shares, “As individuals who’ve dated for a long time, both of us have grown in different ways. We are not the same people we were when we first met. But throughout all these changes, our camaraderie has remained unchanged. No matter what the issue is, our conversations are always transparent and unfiltered. 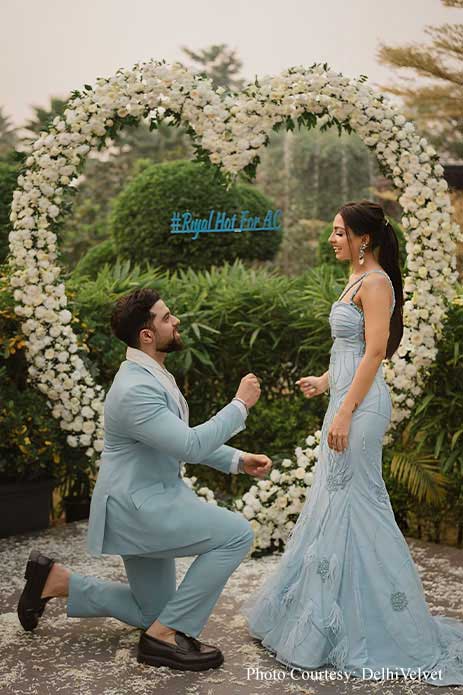 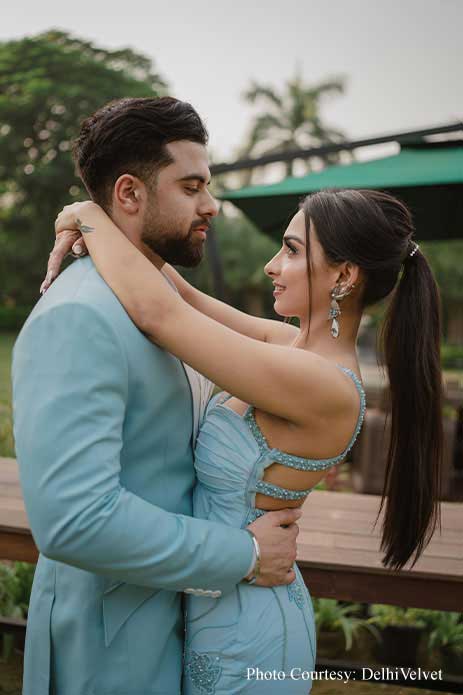 Akshay’s positive outlook has definitely given me clarity of thought that I was lacking before. And through the ebbs and flows of finding my footing in the world of digital marketing to establishing my own business in the arena, he’s been my sounding board – that one person, who despite living in another country, I can call on with complete confidence to share my doubts, fears, and insecurities. While I have a tendency to brood over everything that could go wrong, Akshay has this amazing ability to untangle the toughest of situations and present them to me in a very simple manner. When I’m feeling down about a particular matter, he says, ‘Riya everything will turn out to be alright. And think, five years from now, will this matter to you?’ This way of thinking, in turn, has spurred me to look at the bigger picture! I no longer look at challenges in a negative light but view them as opportunities to grow or as minor hiccups.

It feels amazing to have a partner who is always there for you whenever you need them. He appreciates me at my best and holds me even closer when I come up short. With his steadfast support, I’ve learned to take on every journey as a new adventure.” 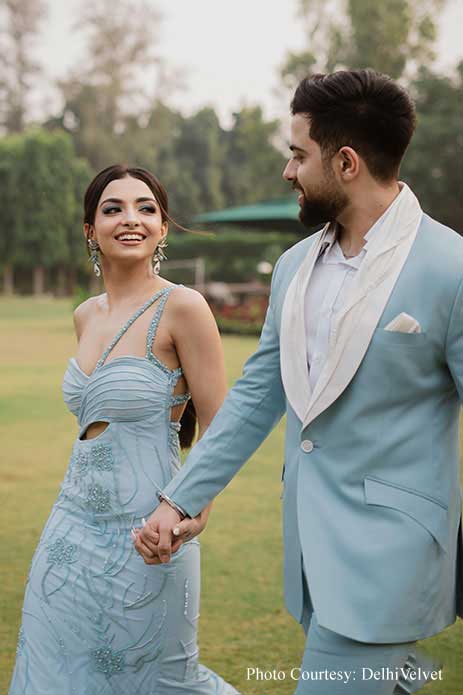 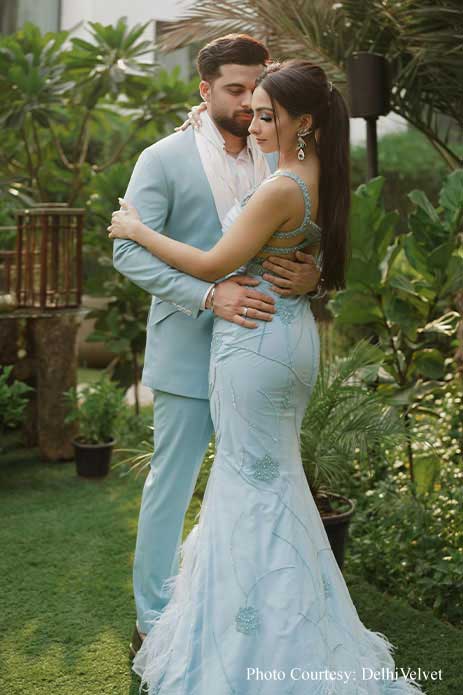 For Akshay, Riya’s perseverance has led him to look inwards and rekindle his determination. He shares, “ Both of us are ambitious and our careers are one of the most important aspects of our lives. Living in a foreign country does have its perks but sometimes, the lack of familiar faces can be jarring, especially if things are shaky on the work front. During times like these, it’s very easy to give in to your emotions, make hasty decisions, pack your bags, and head to your safe place, i.e, home. A perfect example of this is something that happened to me quite recently. As the organization I work for was laying off almost eighty percent of my team, I felt uncertain about my future and exhausted as my workload increased. Apprehensive, I was ready to turn my back. Riya somehow understood my unsaid inner turmoil. She urged me to persevere and pursue my dreams. And, as she grew her own enterprise from the ground up – I was inspired.

During those bleak times, conversations with her made UAE feel like home. And I’ve come to realize now, that as long as I have her companionship, home can be anywhere in the world.” 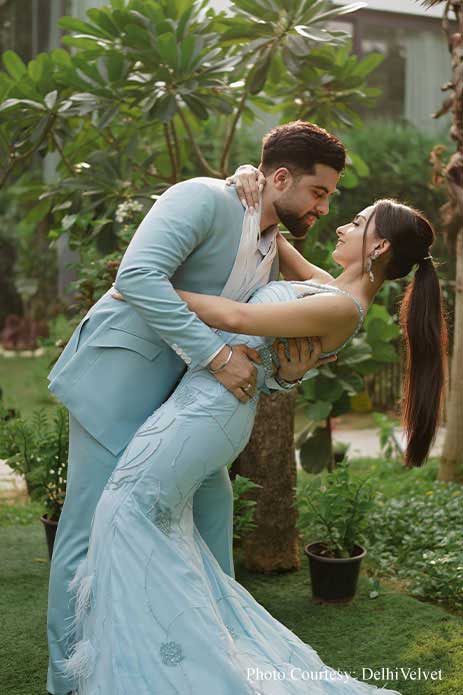 Describing their bond, the couple shares, “We are both incredibly grateful for the love we share. It has led us to thrive and pushed us to do better. Yes, we’ve had our share of tiffs and difficult conversations but that has only made our relationship stronger. Consequently, we’ve also understood each other better. As we’ve grown, we’ve also come to cherish the judgement-free bond that we share where we can open up without second thoughts.”

Backing each other up at the smallest of steps and the highest of leaps, Riya and Akshay commit to love every day. Resonating the strength of their relationship are Platinum Love Bands that are crafted out of 95% of pure platinum that endured years of wear.

This entry was posted on Friday, December 23rd, 2022 at 3:04:42 pm and is filed under Precious Platinum. You can follow any responses to this entry through the RSS 2.0 feed. Both comments and pings are currently closed.