Rohit’s Wedding Proposal to Krupali in Paris – A Dream Sequence!

‘Will you marry me?’ This life-changing question just cannot be asked casually – it does require something special leading into it. That’s why Rohit thought well about the location and the scenario in which he would pop the question to Krupali.

He figured there could not be a more romantic city to propose in than Paris as the ‘City of Lights’ provides the perfect backdrop for romantic occasions. Here, Rohit shares how they met and how he pulled off the perfect surprise proposal.

“I would be the first person to tell you that I did not expect to meet my significant other at a bar in New York. One simple mistake by a waiter ignoring Krupali’s request for a drink allowed me to swoop in and act as a hero, a hero that brought Krupali her drink of choice as an excuse to start a conversation with someone I thought was cute. After a couple of dates, we found out that we had a thing for each other.”

Rohit planned the marriage proposal with a little help from both their families. He adds, “After three years of dating and some (light) pressure from both our families, I decided it was the right time to propose to the love of my life. My original plan was something simple and sentimental – we met in New York, and I wanted to propose to her at the Sky Room which is the bar where we first met. After discussing the idea with my dad over drinks one evening, I started dreaming up another idea which included a plan to visit my cousins in Paris. That would ultimately become the cover for a scenic Eiffel Tower proposal. Our families collaborated in keeping everything a secret from Krupali, and I was able to surprise her by popping the question at the Trocadero in front of the Eiffel Tower. The surprise for Krupali was two-fold – firstly, the proposal itself was unexpected, and secondly, she broke down when she saw her parents there since they weren’t originally scheduled to come. Without the support of our families, pulling off something as special as my outstation surprise proposal would not have been possible.”

Check out the pictures to see Rohit’s proposal captured in stunning photos in front of the iconic Parisian landmark of the Eiffel Tower. 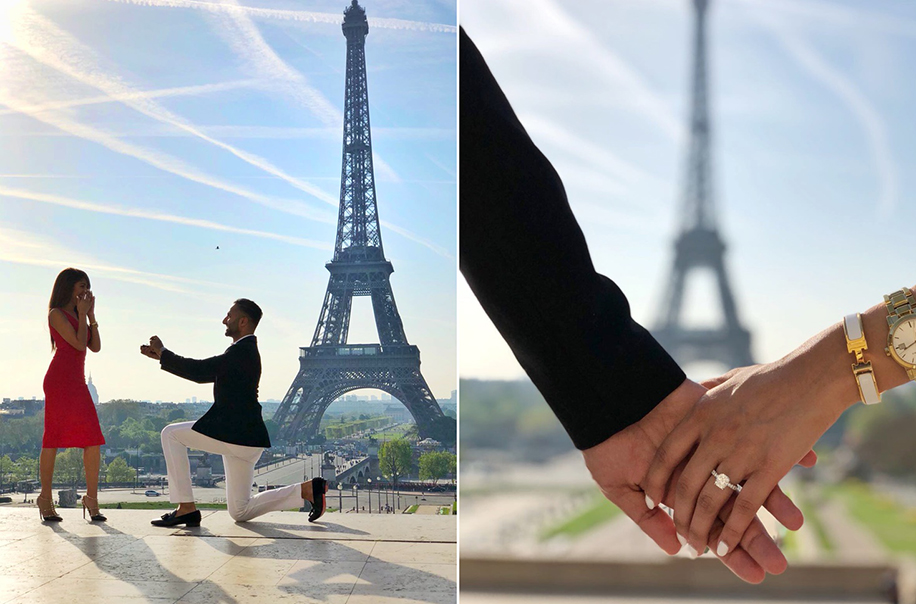 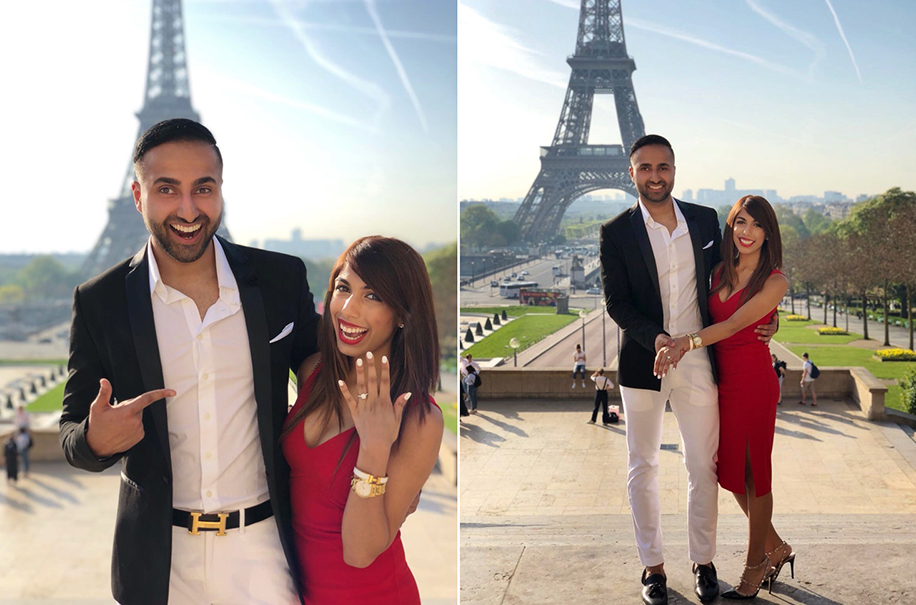 This entry was posted on Thursday, June 7th, 2018 at 11:08:22 am and is filed under Wedding Proposals. You can follow any responses to this entry through the RSS 2.0 feed. Both comments and pings are currently closed.