What started out as a ‘hit and miss’ on Facebook evolved into a happily-ever-after for Hanna and Shahrukh, whose commitment to each other was made official when he went down on one knee at a beautiful beach in Bahrain. The spectacular proposal thoughtfully incorporated all of the elements Hanna favored and was planned and executed by WeddingSutra Favorite – Mpire Weddings. Here are a few glimpses. 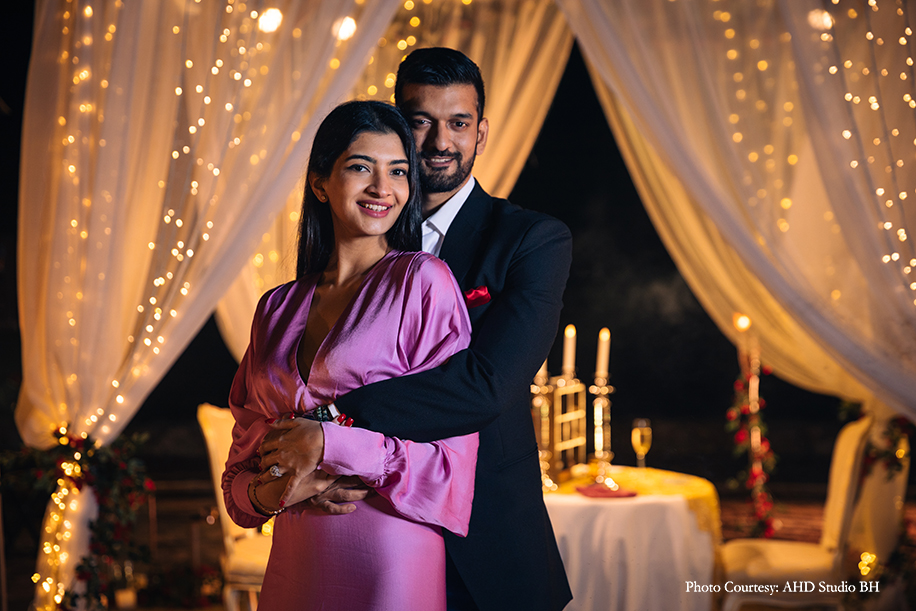 How They Met
On a random winter evening, a mutual friend had the bright idea of playing matchmaker to two tall strangers. A Facebook conversation from three years prior rang a bell in Hanna’s head when this mutual friend mentioned the name ‘Shahrukh Merchant’. She recalled she had once spoken to him on Facebook and had rebuffed his advances. Wanting to give him a fair chance, she decided to go on a date with him. Shahrukh laughs, “Even after exchanging contact details, it took a month of chasing for her to agree to have dinner with me.”

Hanna chimes in, “Even before we met, he had started communicating with my best friend, trying to get to know me better. This showed me that he was in it for the long haul and wasn’t afraid of commitment. We went to a seafood restaurant near my house for our first date, which turned into a 4-hour and 7-course dinner ending with the staff begging us to leave and let them close shop. I knew it was the start of something special.” 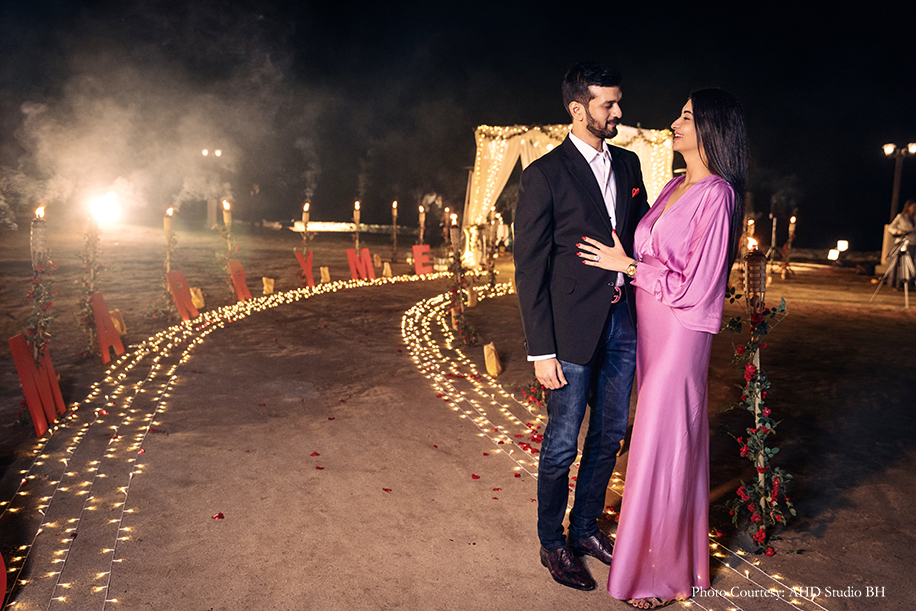 Proposal Story
Shahrukh says, “As it signified the start of a brand new life for us, I wanted it to be nothing short of a fairytale. Hanna, being the proactive person that she is, had previously shared her dream proposal ideas with me, dropping hints during our dating phase. This helped me create a base to work upon. It was a herculean task and I entrusted the amazing team of Mpire Weddings to see it through. They planned and executed it from start to finish. It was a lot of collaborative work with Vikram, the founder, over everything from live artists to the decor setup and food.” 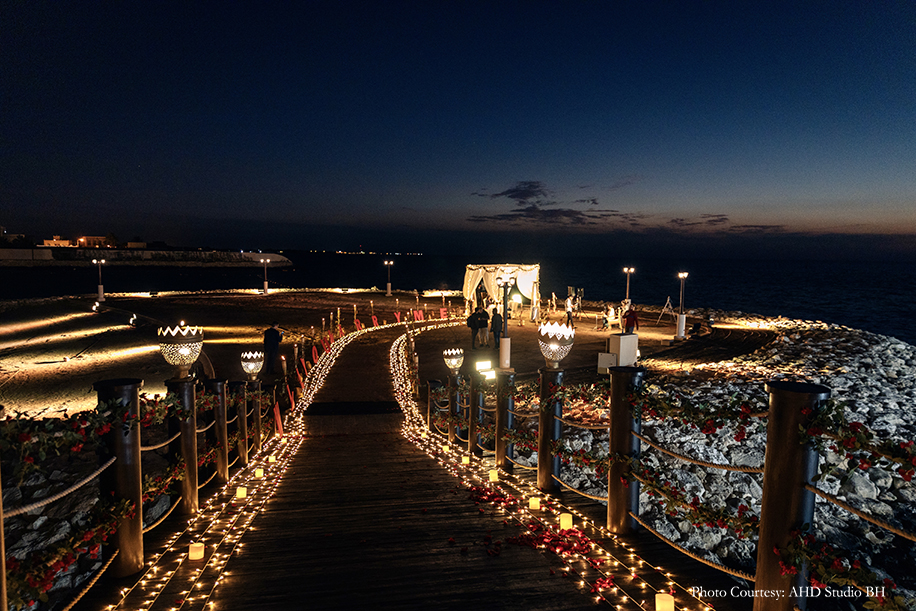 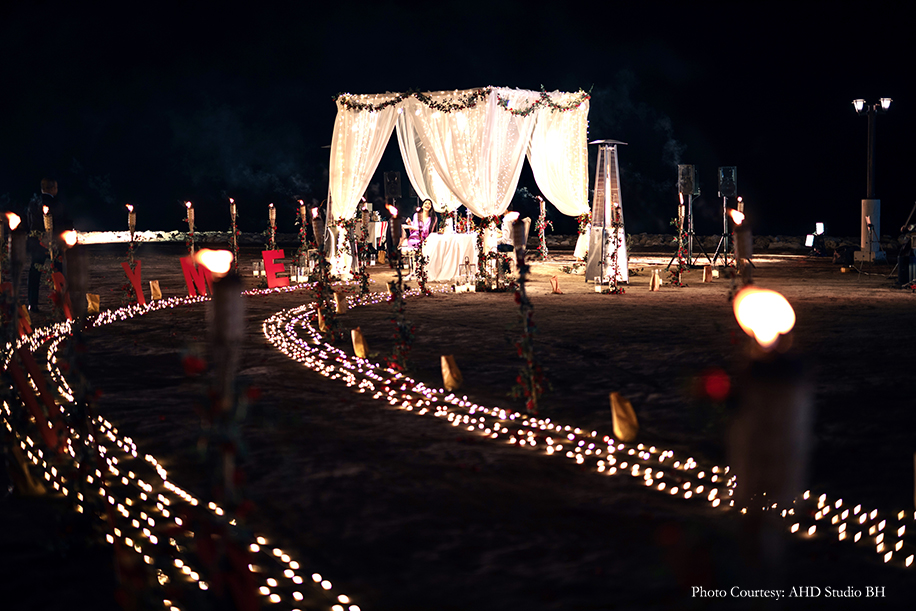 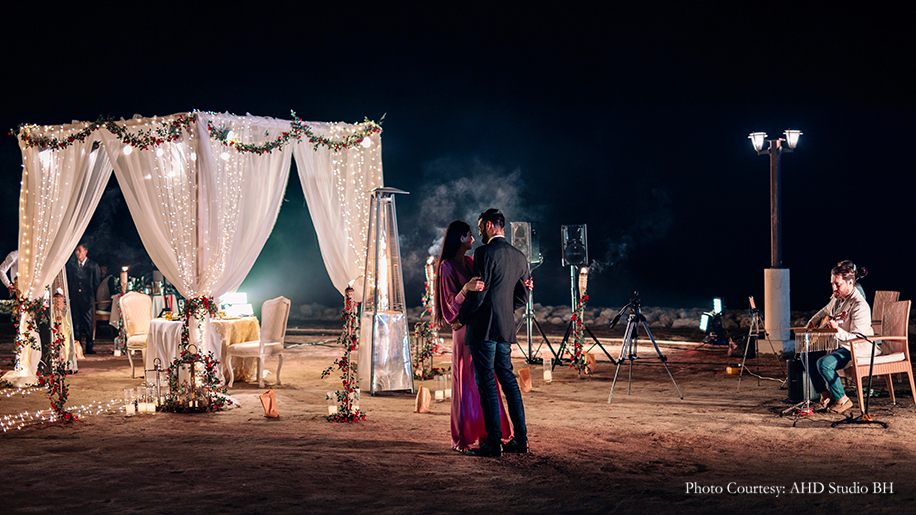 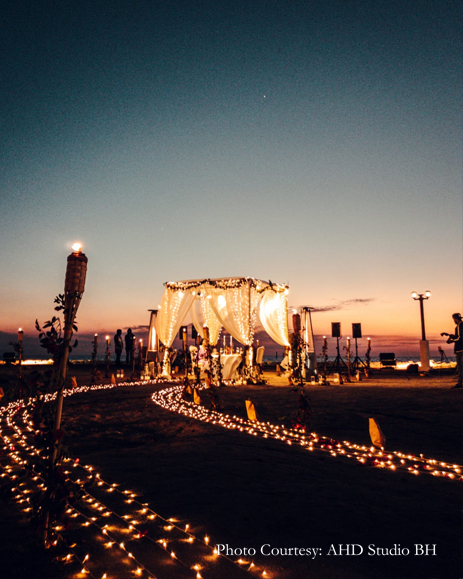 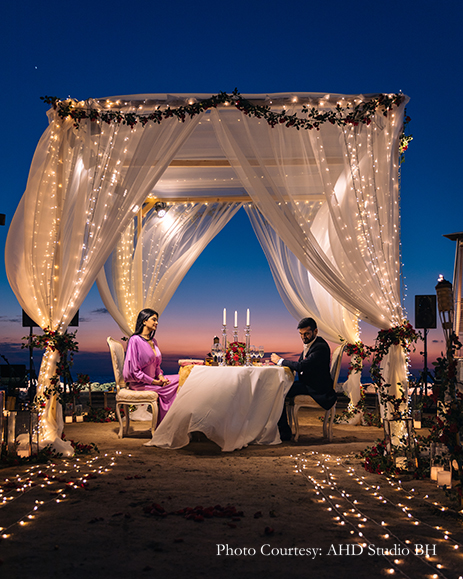 Hanna says, “We were in Bahrain into the first week of the new decade when he proposed on a private beach. I had absolutely no idea what he was up to all this time. He told me it was a special date and I got all dolled up for it. As I walked up to the stunning setup I was at a loss for words. From the roses to fairy lights and the proposal spot, it was exactly the way I had dreamed. I was blown away that he had picked up on every single hint I had dropped and brought it all together. As he went down on one knee and gave a heartfelt speech asking me to marry him, I was overwhelmed by emotion and just nodded ‘yes’.” 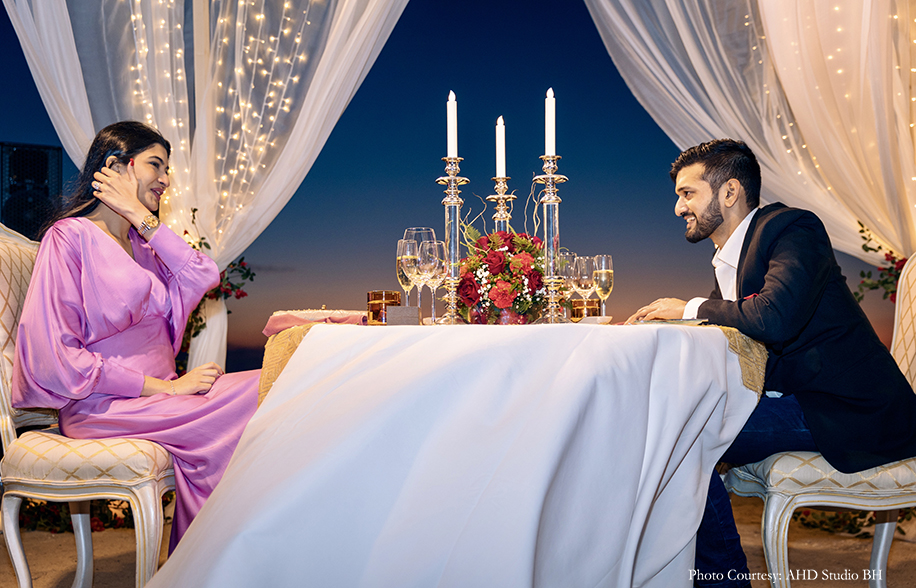 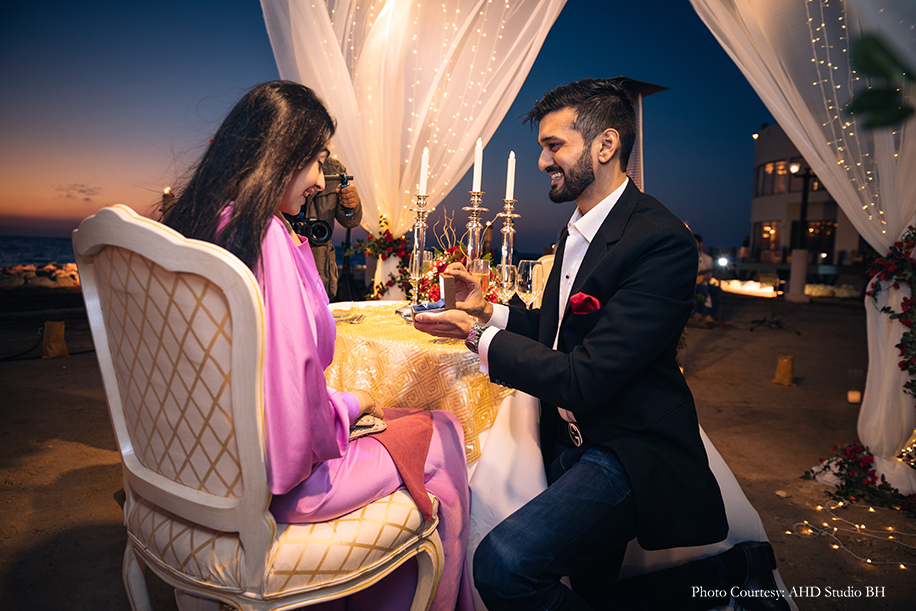 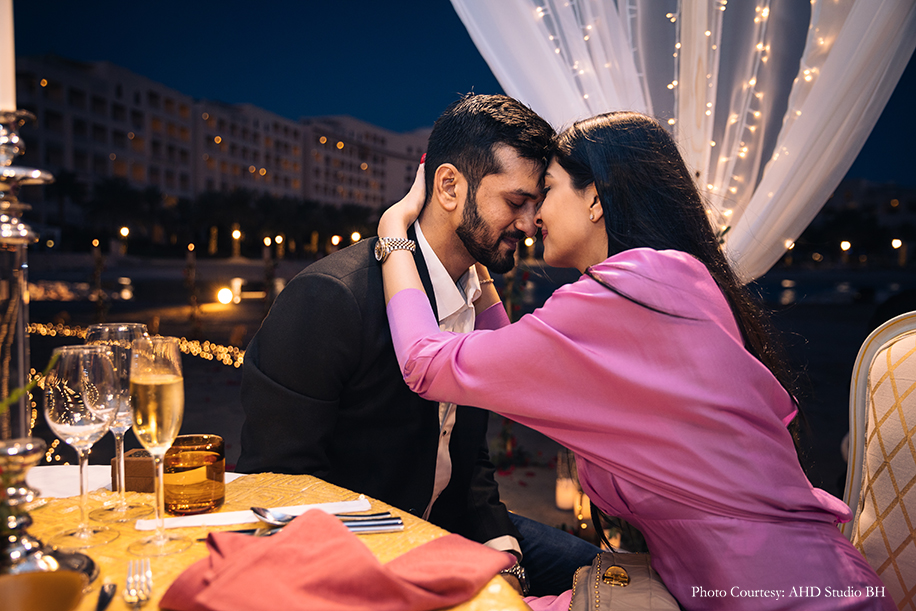 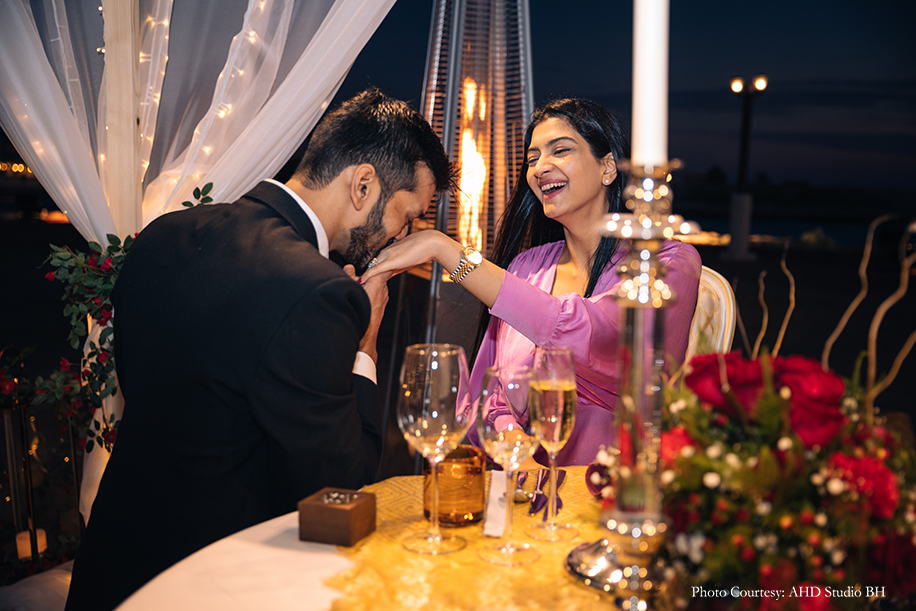 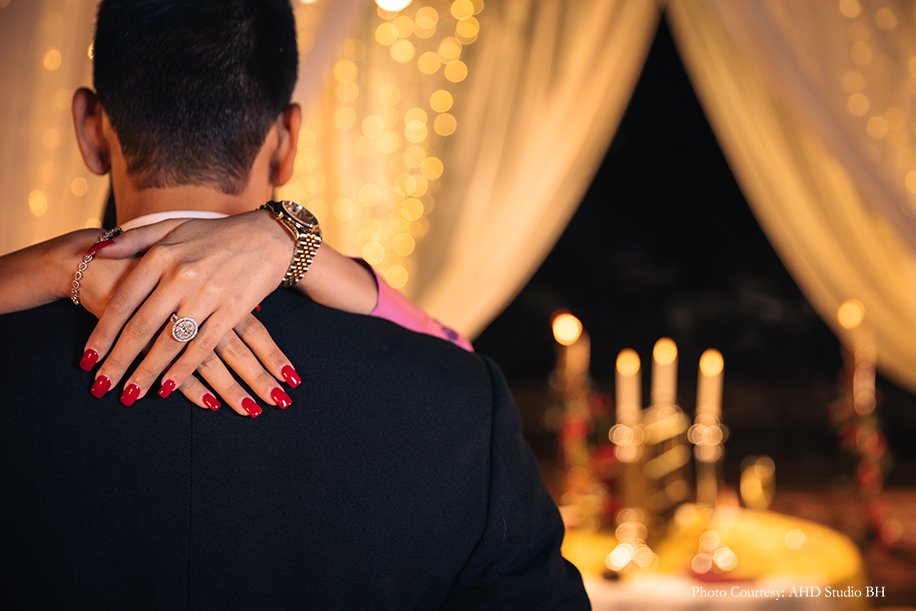 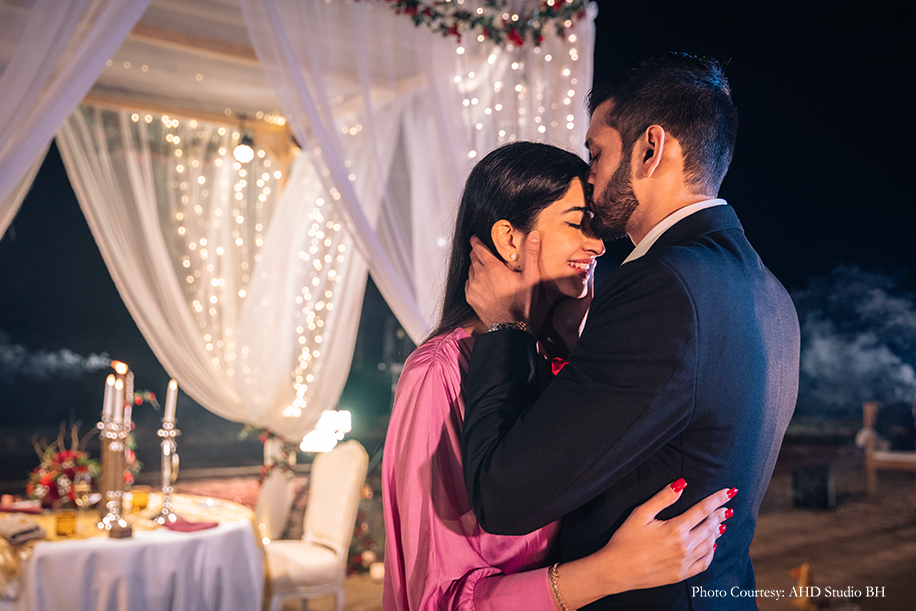 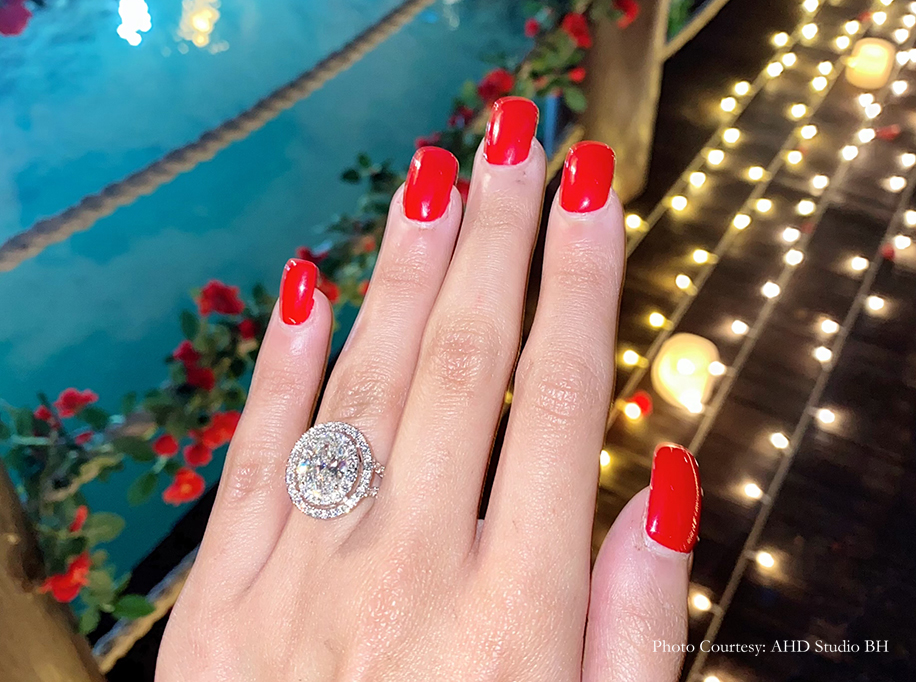 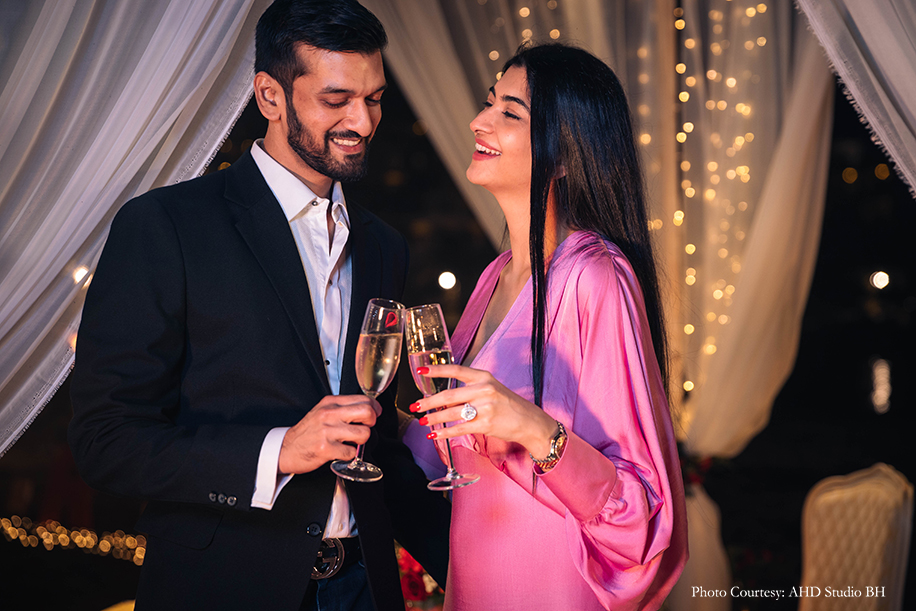 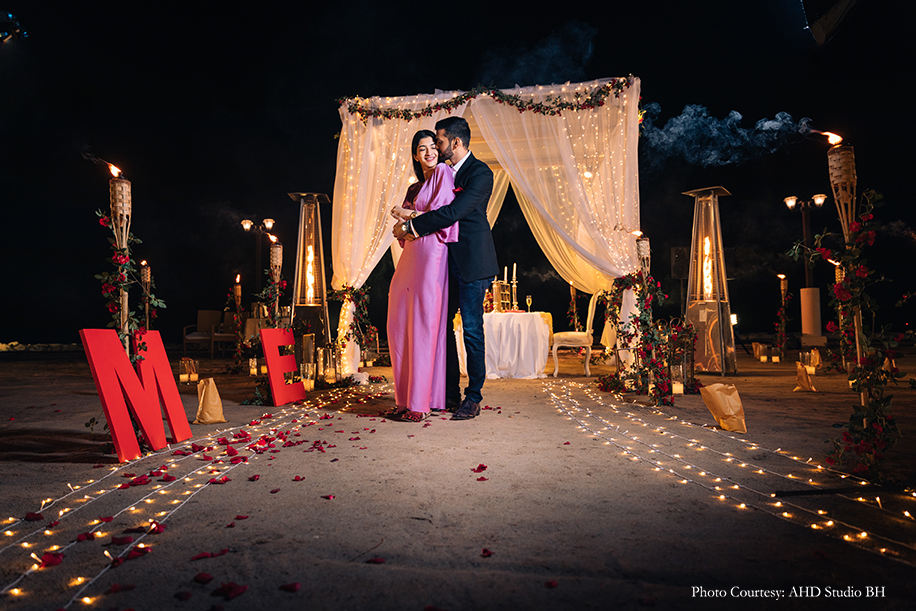 After witnessing this amazingly planned proposal, we can’t wait to see their wedding pictures and more amazing work from Mpire Weddings.

This entry was posted on Friday, January 17th, 2020 at 3:02:57 pm and is filed under Wedding Proposals. You can follow any responses to this entry through the RSS 2.0 feed. Both comments and pings are currently closed.