A Romantic Rooftop Proposal, She Had To Say Yes To!

Strangers in a nightclub, Ronak’s cheeky ice-breaker surprised and amused Isha and marked the beginning of their love story. WeddingSutra Favorite – Reels & Frames captured the moment Ronak serenaded Isha with a few of her favorite things. And the bride-to-be gives us a few details. 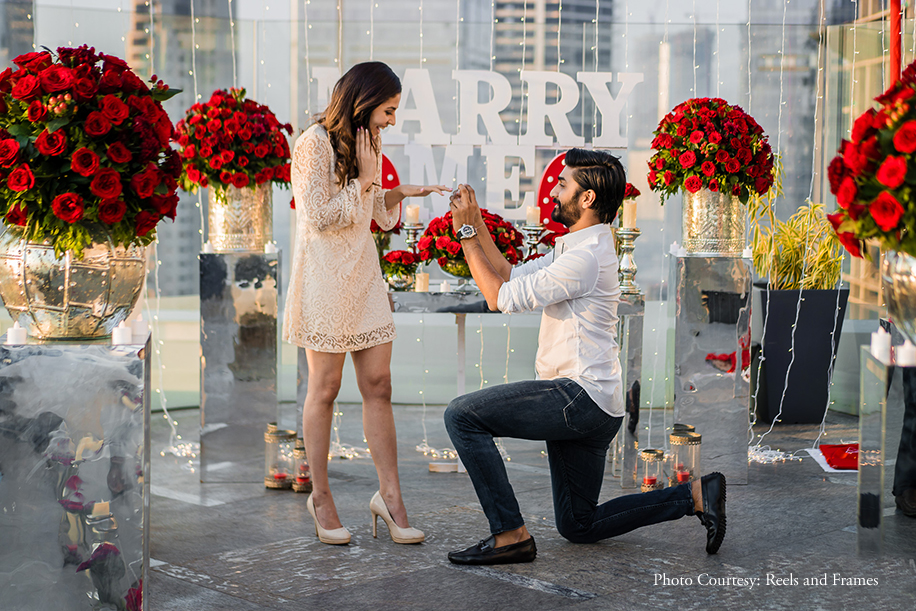 How We Met
“In 2015, I was at a friend’s nightclub, bored out of my wits. Ronak struck up a conversation with me and asked me for a cigarette. I don’t smoke and obviously didn’t have one but when I told him, I wasn’t expecting his reply. He said, “Well, at least help me find one!”

We then went all around the club asking random people for a cigarette. As lame as it sounds, it was the most fun part of the night.

I reached home at 5 am and right before sleeping, when I checked my phone, I had requests from him on every social platform. In addition to the Instagram, and Snapchat requests, his Facebook request had a message which read, ‘You didn’t even say bye.’ Our conversations have been running ever since.” 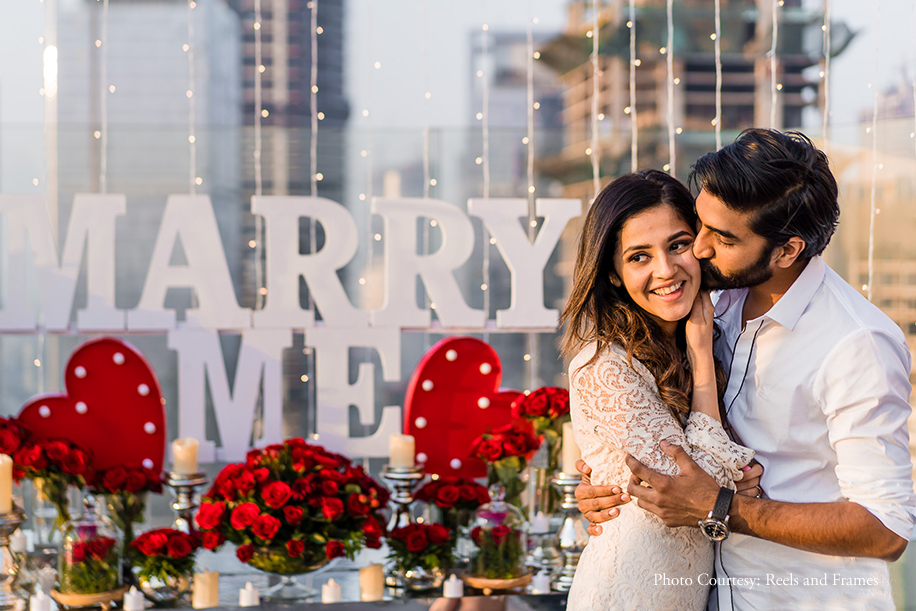 Maybe Ronak is skilled at catching Isha off guard. She says, “I had NO idea about the proposal! His sister is expecting and I was told it was a small baby shower, which was super believable. We hang out with them quite often and this is the kind of event they’d host.

When I entered the venue and saw him standing afar – his expression, humility, and love- it all hit me. The rooftop venue and décor just the way I like it; the moment was finally here! 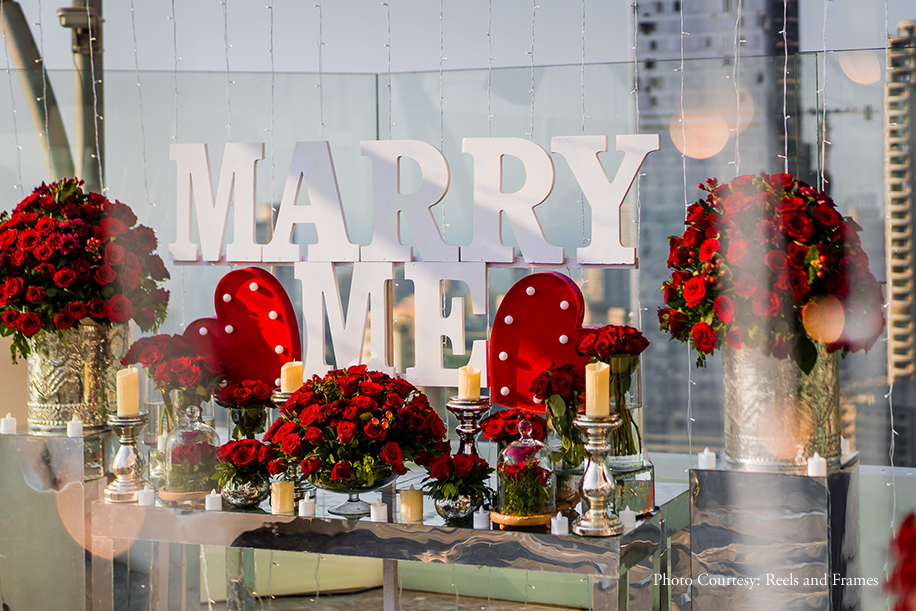 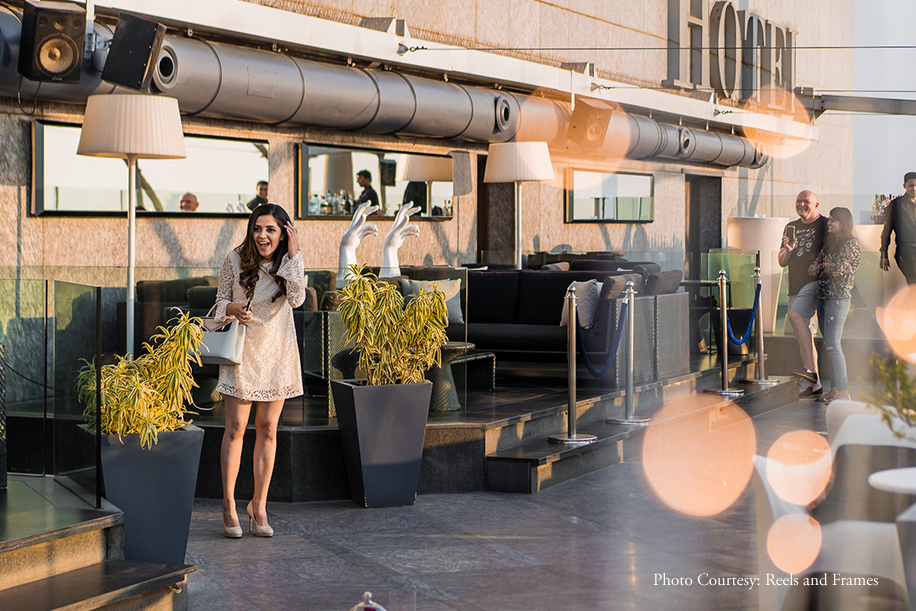 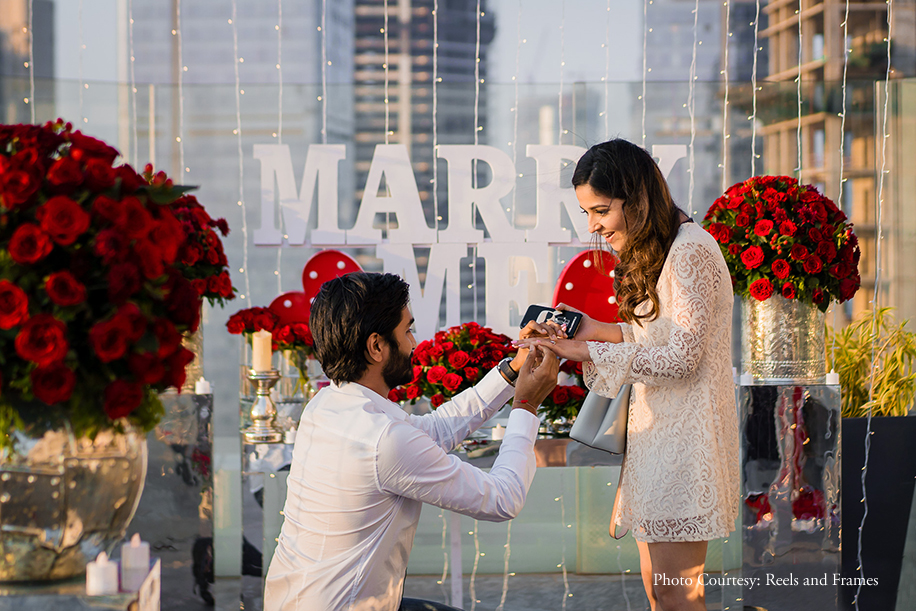 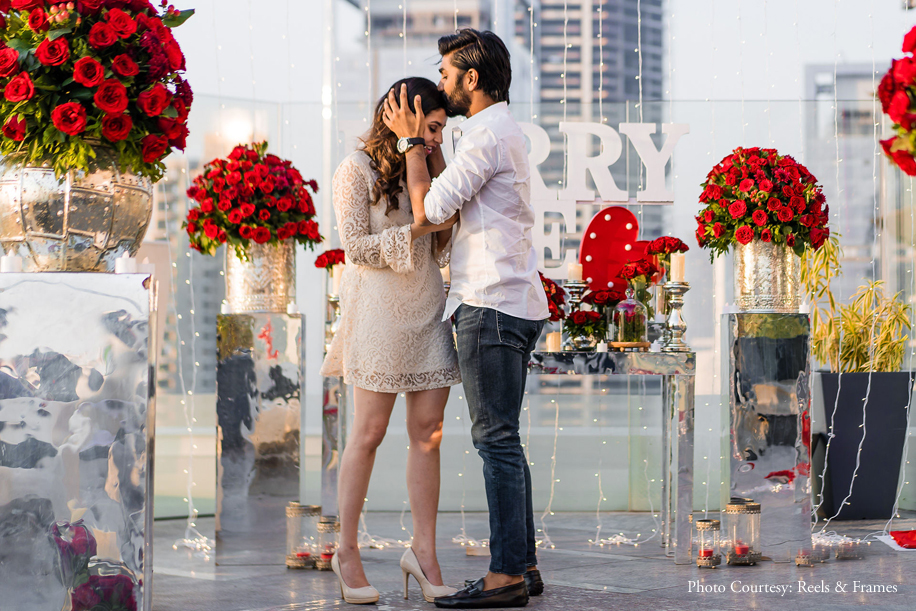 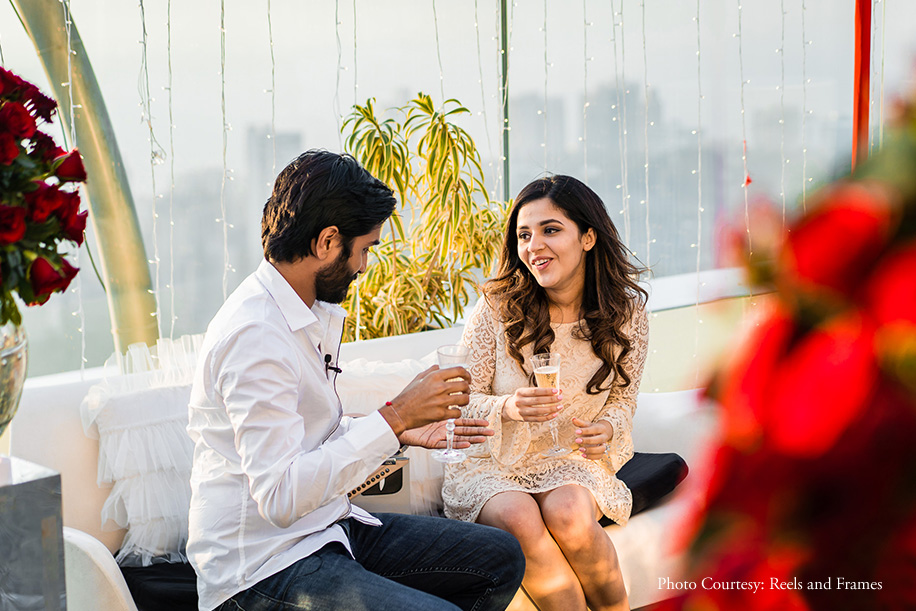 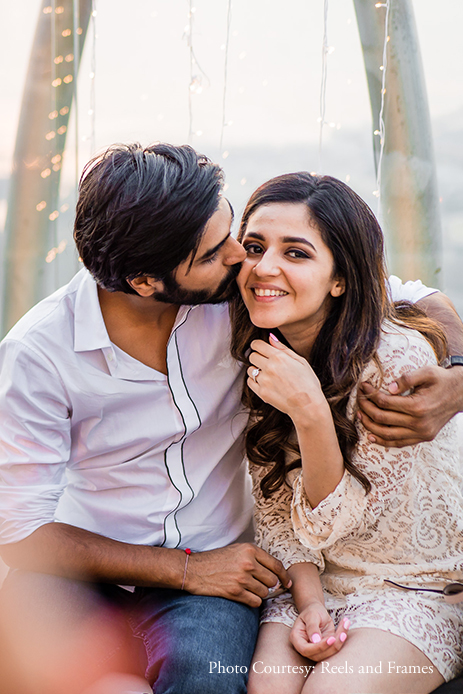 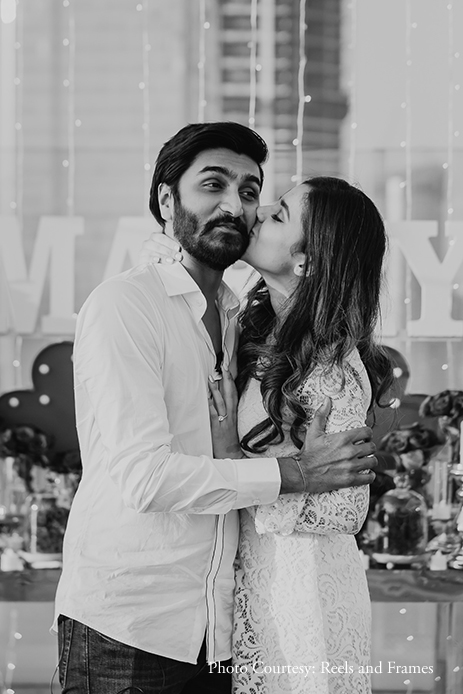 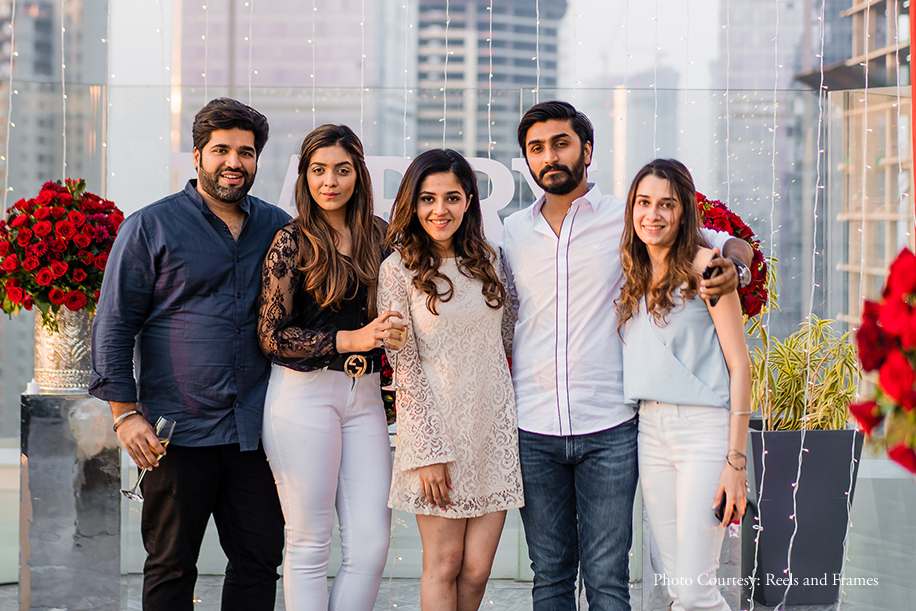 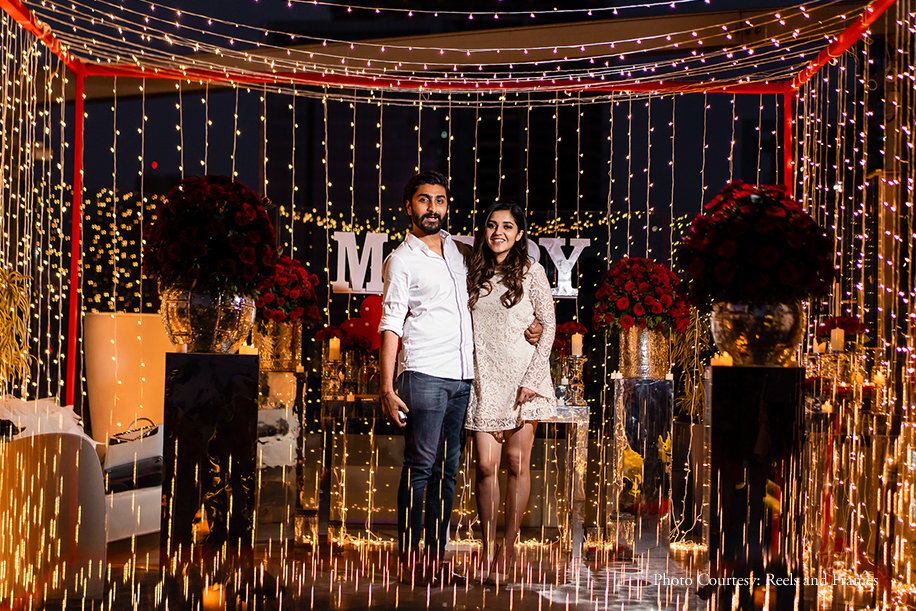 The way Ronak planned the proposal keeping my personality and likes in mind, and at the same time also incorporating who he is, just left me stunned and impressed. His words made me want to say ‘yes’ immediately! It will always remain my most favorite part of that day.”

This entry was posted on Friday, March 8th, 2019 at 5:02:44 pm and is filed under Wedding Proposals. You can follow any responses to this entry through the RSS 2.0 feed. Both comments and pings are currently closed.