Samah and Anuj’s years as acquaintances developed into a friendship that blossomed into love. “We’ve known each other since kindergarten,” Samah says, “But we never really spoke to each other in our ten years in school together.” It was only in college when seeing a familiar face in a sea of strangers brought them together for comfort. Samah had always thought Anuj was a ‘bit funny’ in school but, “Suddenly, I saw this 6 feet tall, handsome bearded guy and was so relieved to see a familiar face in Degree College.” 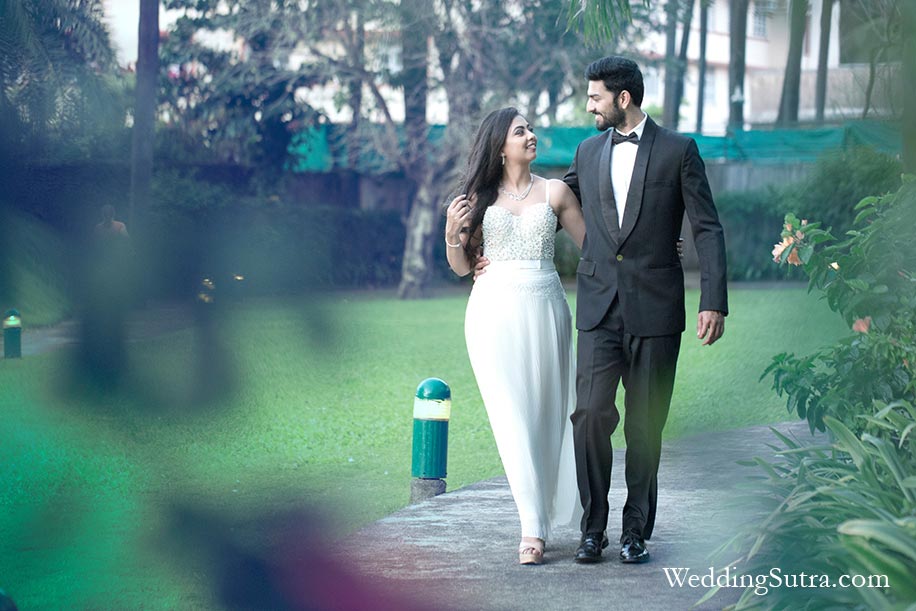 After 4 years of dating, Anuj went to the UK for further studies. Long distance was not easy as they were used to meeting each other every single day. But the time apart put a lot of things into perspective. “I got time to focus on my novel while he studied. Long distance showed us how dull our lives were without each other and how great it would be together all the time. I went to visit him in London in the middle of his sojourn abroad and it was a total blast.  It was like a silver lining to our tedious time apart,” Samah recounts. 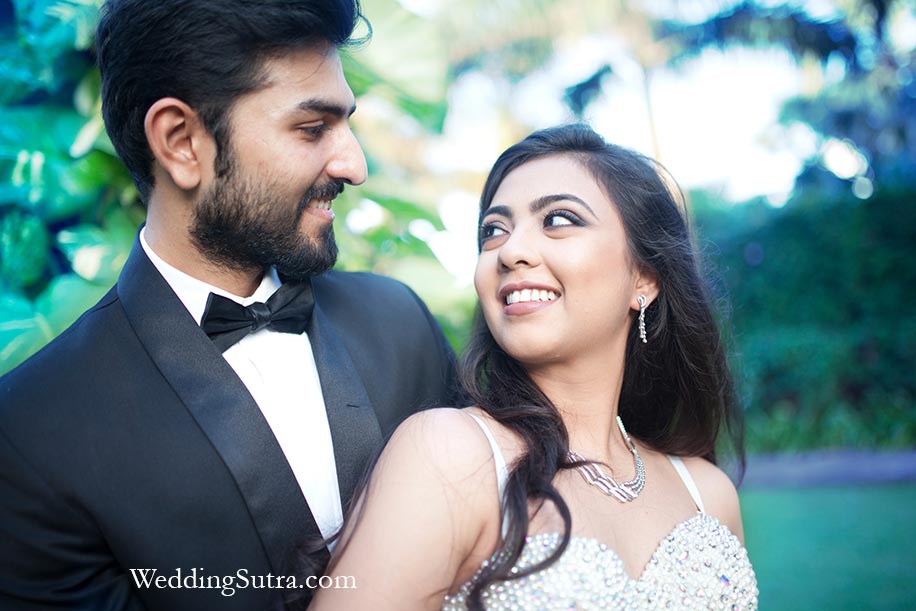 Once Anuj returned, it was time to take their relationship to the next level. Both had wanted marriage form the start and it was only a matter of time till it happened, though there was no hurry. One morning, they were to return from a friend’s wedding in Jaipur when Anuj abruptly told Samah that he had changed their return ticket and wanted to take her out for lunch in Jaipur. Though Samah initially found it fishy, she was secretly hoping that this was ‘The Day’ and compiled with his plans. At Nahargarh Fort, a special lunch was organized. Samah could never forget that date overlooking the entire city of Jaipur. She constantly checked the glass, the napkin, the cake for any signs of a proposal but Anuj took his time. Eventually she felt that maybe she had got it wrong.  “Then something weird happened. A guy asked us to take his picture while we were strolling in the fort. When we did, he offered to take ours as well. And then he followed us all over and that was so creepy,” says Samah. 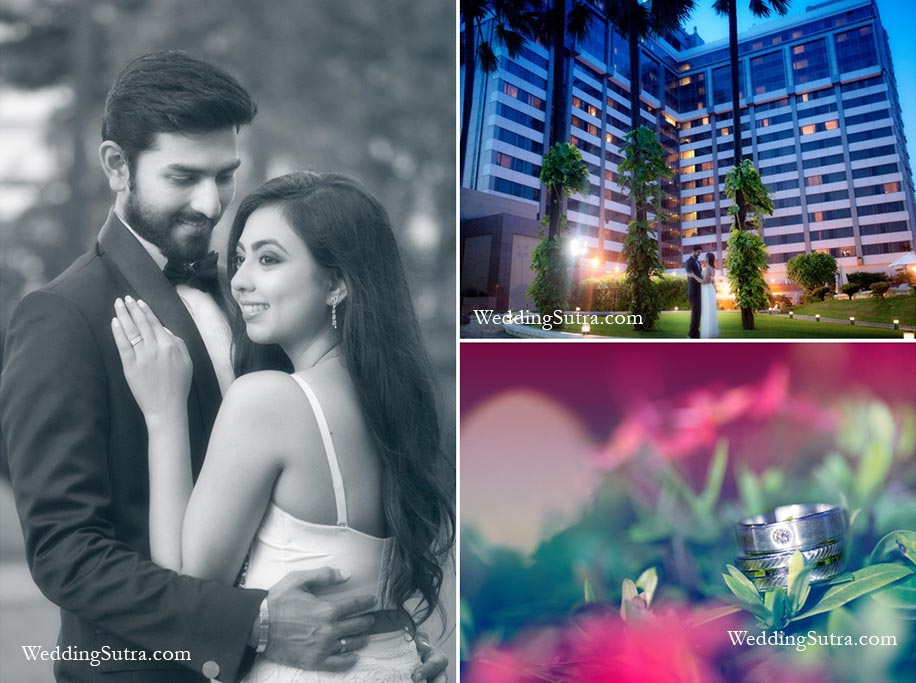 She continues, “When I eventually figured out who he was I couldn’t believe that Anuj had actually remembered something I had told him years ago – that I wanted a professional photographer to capture the moment that he proposed and our stalker was exactly that! Anuj went down on one knee, full filmy style and popped the question in front of the most breathtaking view. It was a dream proposal. Of course I said yes!” 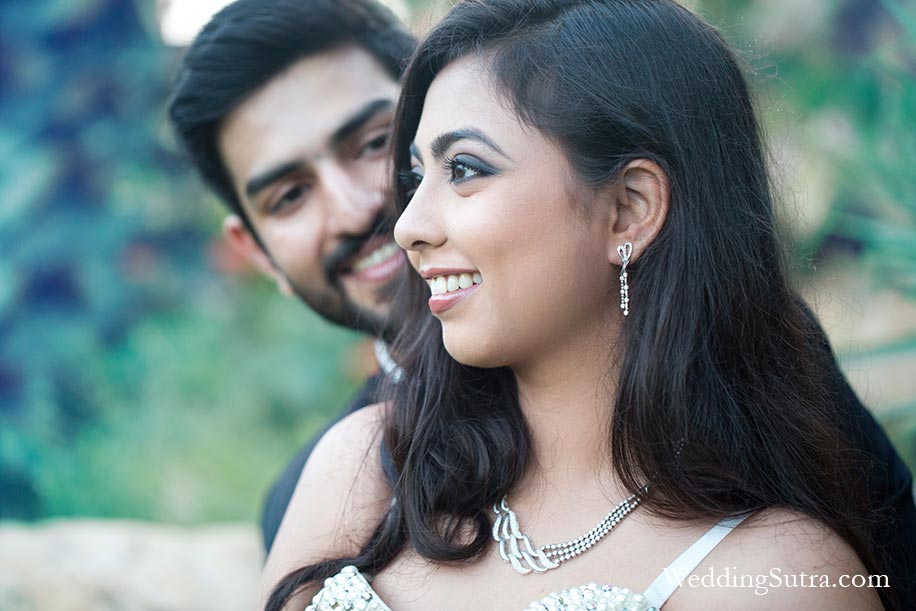 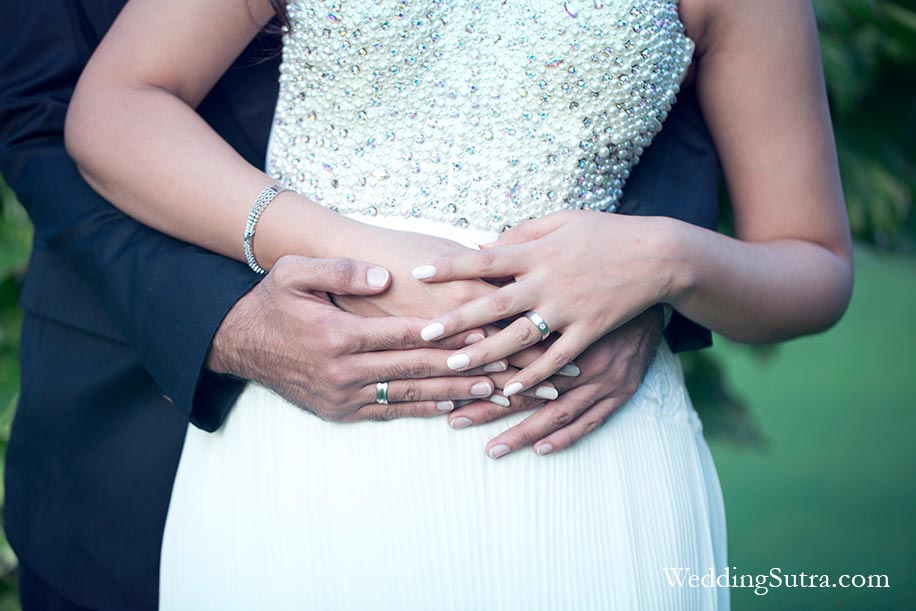 The wedding is just around the corner and the couple is busy organizing the interiors of the apartment they will live in along with the wedding preparations. Samah is chief of design and organization, Anuj is the executive. 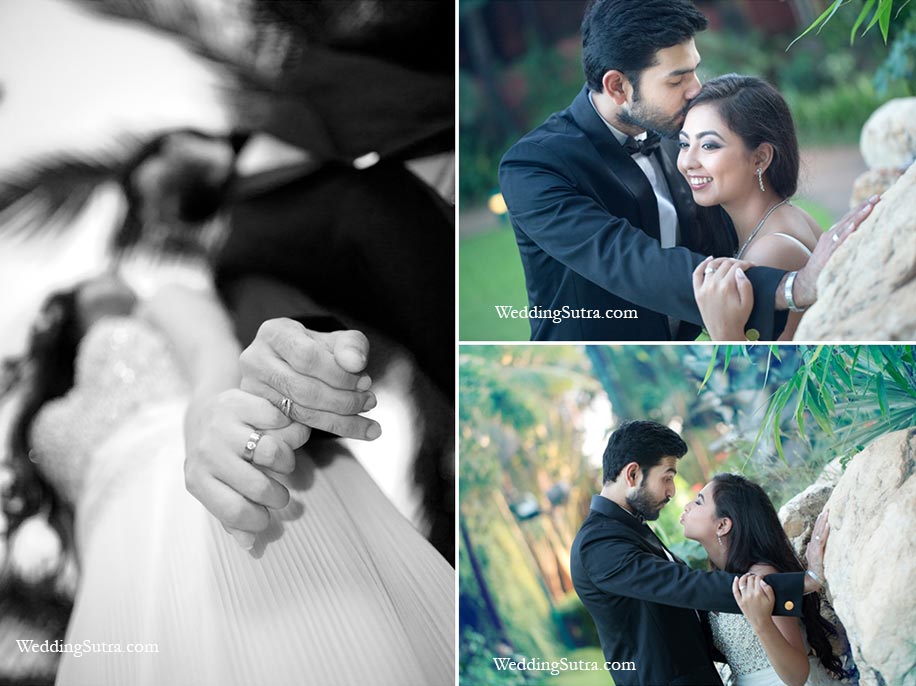 Their pre-wedding shoot on the beautiful, extensive lawns at the Taj Lands End, Bandra was a chance to spend some time together, surrounded by tall coconut trees, a gorgeous pool and natural light that perfectly enhanced their all white ensembles.

As the sun set, the sound of the waves lashing the shore seemed to drum up the welling emotion between the two. Samah touched her platinum band as she talked about how she always wanted one, “It just personifies simplicity, elegance, and timelessness – just like our love.” 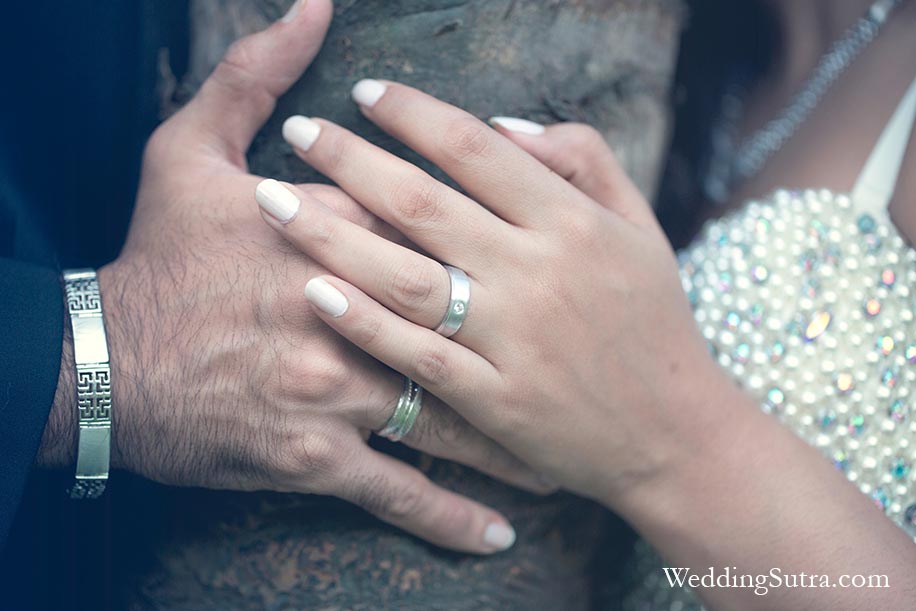 The loved-up couple was wrapping up the shoot when an onlooker walked up to them to congratulate them, thinking it was their wedding day. They beamed as Samah said, “We are so happy right now! This wouldn’t have happened without WeddingSutra. The whole shoot experience was fantastic! We really enjoyed it a lot.” 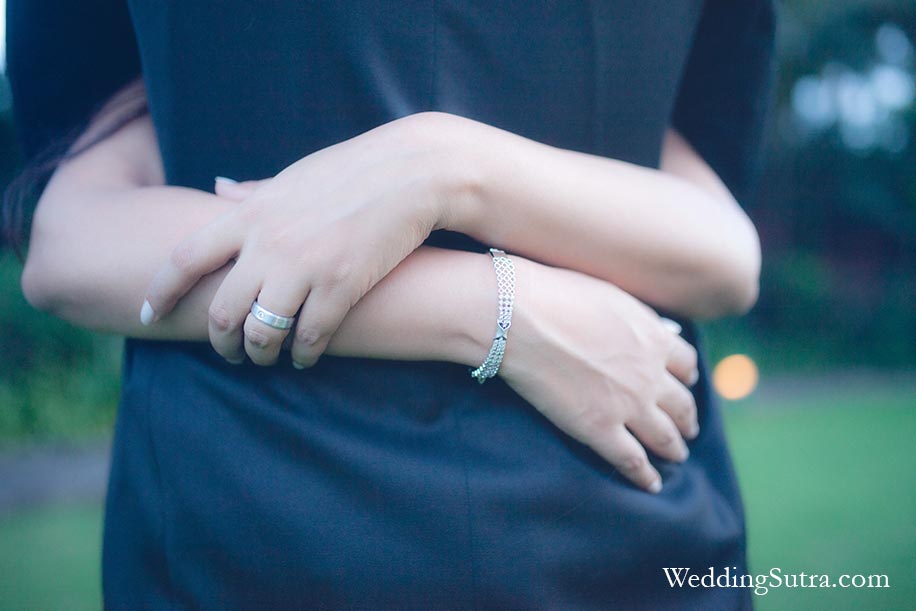 Samah and Anuj will tie the knot in December this year. WeddingSutra wishes them love, luck and a lifetime of finding a friendly, familiar face in the crowds. 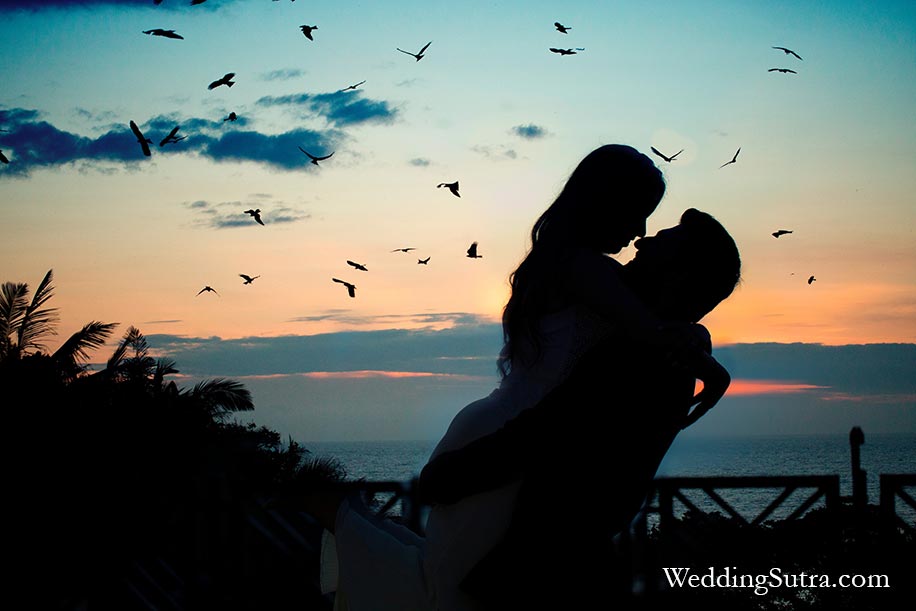 If you’re getting married in 2016 or 2017 and would like to be a part of ‘Love Actually’ write to us at editor@weddingsutra.com with the link to your FB profiles, wedding date and ‘How you met’ story. Selected couples will be invited for the shoots in Mumbai, Delhi, Bangalore, Hyderabad, and Chennai.

This entry was posted on Monday, October 31st, 2016 at 2:19:41 pm and is filed under Love Actually, Precious Platinum. You can follow any responses to this entry through the RSS 2.0 feed. Both comments and pings are currently closed.