“Neither of us particularly believe in fate. But we find it hard to deny that this relationship was ‘meant to be’,” says Varsha who married Lee at a grand wedding in her home town Bangalore. Here, the couple share their ‘how we met’ and wedding story .

How we met
Varsha and Lee both joined their courses at Leeds University later than the admission date. Varsha almost didn’t have her visa approved, and when her letter finally came through, she had already missed two weeks of lectures. The University informed her that she had one day to get to the UK or her seat on the course would be moved to the next year. So she got onto a flight and with literally hours to spare, she made it to Leeds for an early Monday morning lecture. Lee on the other hand, had originally joined Brunel University and after a week, decided the course wasn’t for him. Luckily his second choice, Leeds, still had a spot reserved for him, And very much like Varsha, he only made it to his course at the last moment, just before his offer to join was going to be withdrawn. 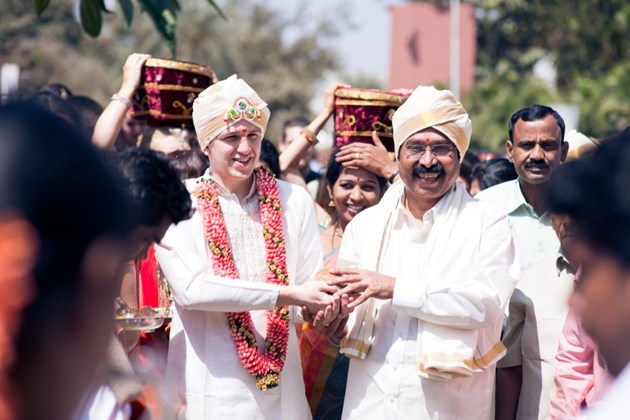 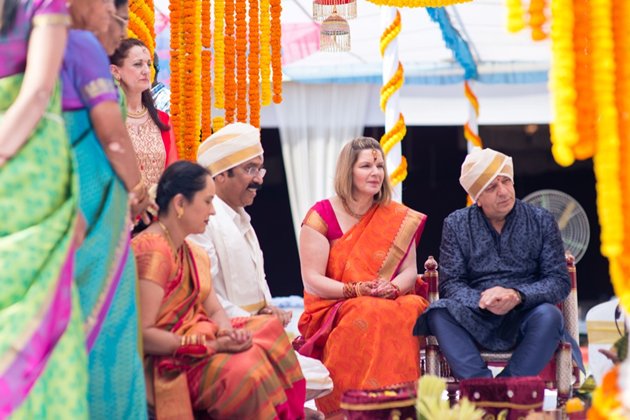 Says Varsha, “After we both joined, we soon became friends, and gradually one thing led to another. Neither of us can really pinpoint a moment when we decided to spend the rest of our lives together. It just happened.” Lee adds, “We kept our relationship under wraps for a few years before we decided to inform Varsha’s parents.” Varsha spoke to her father and told him that instead of her meeting a person he had chosen for her, she would like for him to meet the person she had chosen. The silence that followed on the phone was probably the longest ever. Varsha recalls: “After thinking about it for a couple of days, my dad agreed to meet Lee. He along with his parents flew to Bangalore to meet my family and officially ask for my hand in marriage. On the evening they were visiting home, I had prepared myself for the worst possible outcome. But how wrong was I! The dignity, kindness and love that Lee and his family showed to mine, and the open-minded acceptance and hospitality that my traditional family showed to his left me pleasantly surprised and overjoyed!” 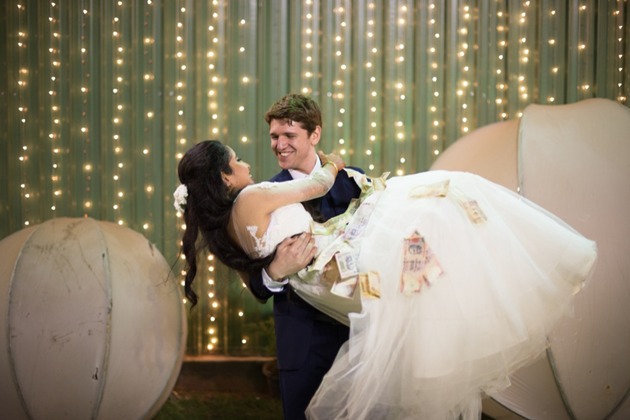 Fast forward to 17th February 2014, Lee invited his near and dear ones to Bangalore, all of whom were looking forward to the unique experience of an Indian Wedding. Says Varsha “We celebrated our wedding with around 2000 guests at the Princes Green Gardens, Palace Grounds. It was a lovely day so we were glad we had an outdoor wedding, and the actual wedding hall was converted to a dining room. Lee looked every bit the groom I always dreamed of, with his white attire and Mysore peta.” The very next day, they had their ‘Western’ reception in the same venue, where Varsha got to be the bride Lee always dreamed of, dressed in white!

What we love and appreciate about each other
Says Varsha, “Lee is extremely patient. I definitely lack those traits so he balances us as a couple. I have always known he loves me, but the patience and kindness he has toward me even when we disagree has made the transition from a single girl to a married women an enjoyable one. I also love that fact that he has not tried to change me in anyway. He loves me with all the madness that comes with me. To add to all this, he is also my biggest critic and my loudest cheerleader.” 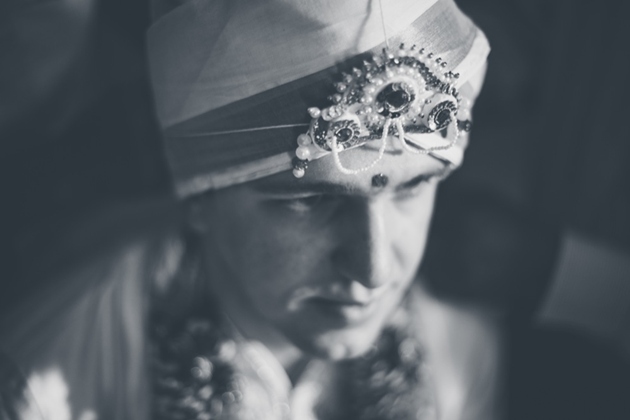 Lee says, “Varsha is ambitious and passionate. She makes every day fun and her energy is never ending. It may sound cheesy and corny but I am proud to say she makes me a better me. In situations where normally I might be reserved or apprehensive she brings me out of my shell. When I’m with her, she makes me look good.” 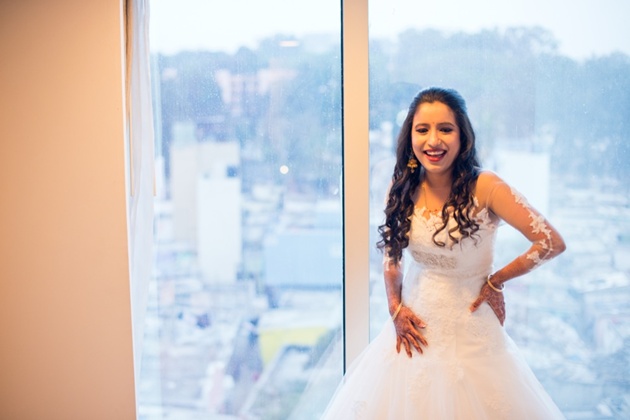 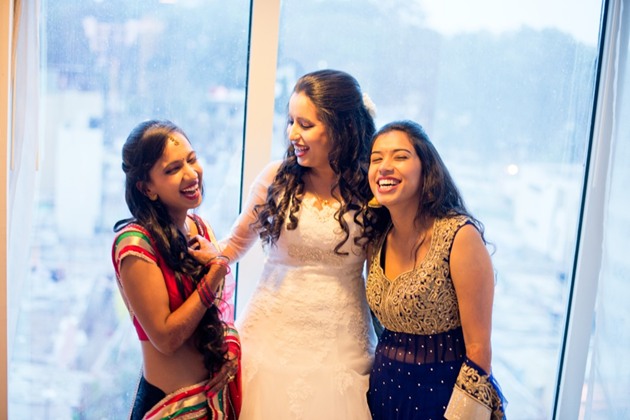 Love, Life and Marriage
“Falling in love was new to us both. Getting married was an unforgettable experience. And now we want to see new places, meet new people and experience new things together.” What we look forward to
“We are looking forward to growing together. Not just growing old with age, but also with experiences, life lessons, ups and downs”. This entry was posted on Friday, August 1st, 2014 at 4:35:42 am and is filed under Wedding Planning. You can follow any responses to this entry through the RSS 2.0 feed. Both comments and pings are currently closed.