From the top of Eiffel Tower to the ‘love locks’ lining the Pont des Arts, people have been popping proposals to their partners in Paris for decades now – and it is something that never goes out of style. Shiv knew this so he decided to whisk Shyama away to Paris for a holiday where he planned a proposal straight out of a romantic blockbuster! Here Shiv shares highlights of his dream proposal. 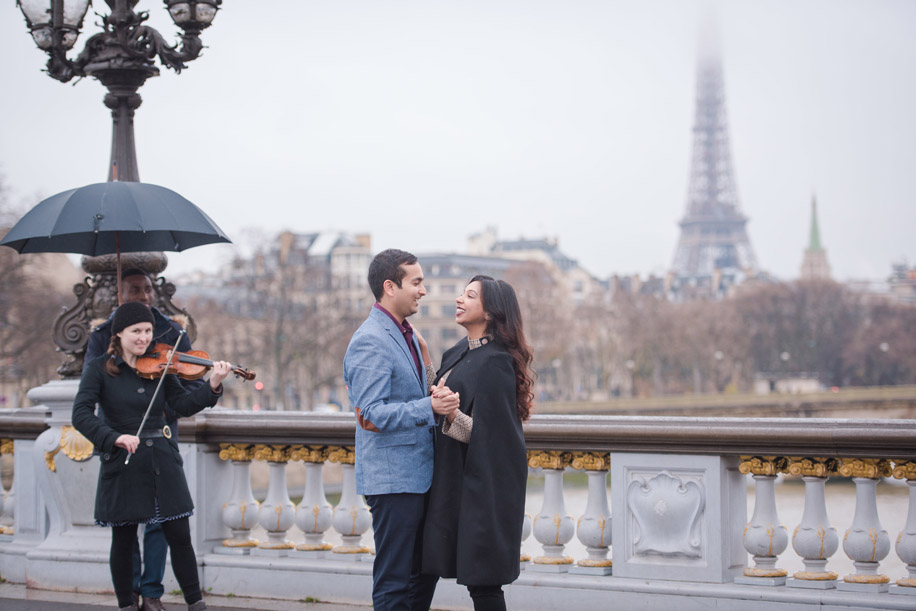 How We Met
“Shyama and I met at a Model United Nations conference, where she kicked my butt in the Economics and Finance committee. We became closer during our time at Governor’s School for International Studies at Memphis, Tennessee, US. Fortunately, I went to the University of Georgia which was only an hour or so from Shyama who was at Emory University, so I was able to pursue the woman of my dreams. No matter how much we changed, we were always there for each other through the exciting times and unforgettable moments.” 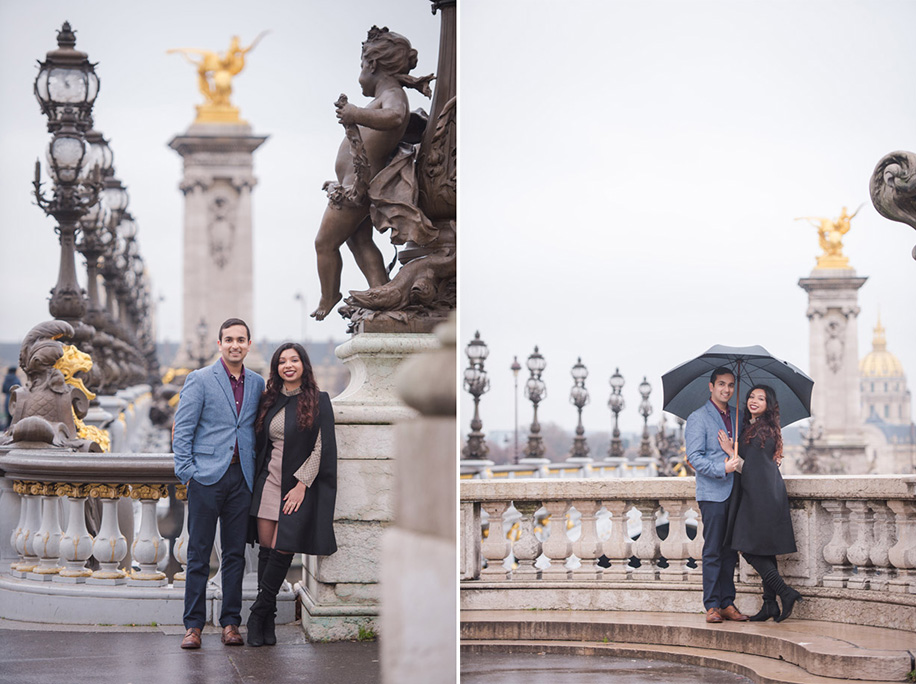 “I’m amazed at how Shyama pursues her passions while still studying and supporting me. She never lets up on her dreams despite juggling school and dealing with me. She has a fire within her that will never be extinguished by anyone. She ignites this same fire within me to pursue my passions and finds a way to support me even when I feel defeated.” 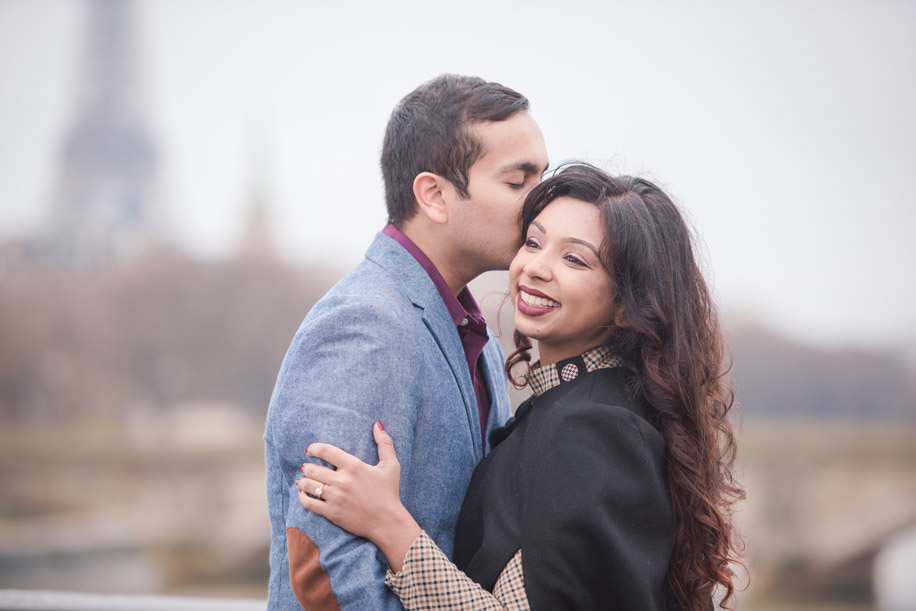 The Proposal
While traveling from India to America, Shyama decided to stop over in Paris to visit a friend. At the last minute, Shiv decided to meet Shyama in France so that they could vacation together. One morning, Shiv and Shyama decided to have photos taken at some of their favorite landmarks around Paris. They were running late for the photographer that Shiv booked, and he was very stressed. Suddenly, as they were running across the Pont Alexander III Bridge, a violinist started playing one of their favorite songs ‘All of Me’ by John Legend, and Shiv started to lag behind. When Shyama turned around, she saw Shiv kneeling down on one knee. She, of course, said “Yes!” in the City of Lights, with the beautiful Eiffel Tower and Seine River in the background! 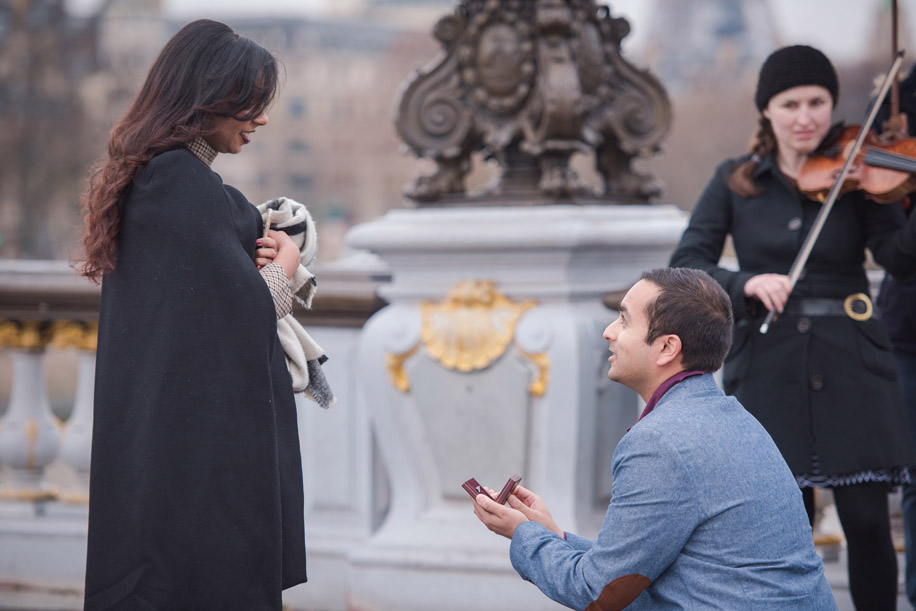 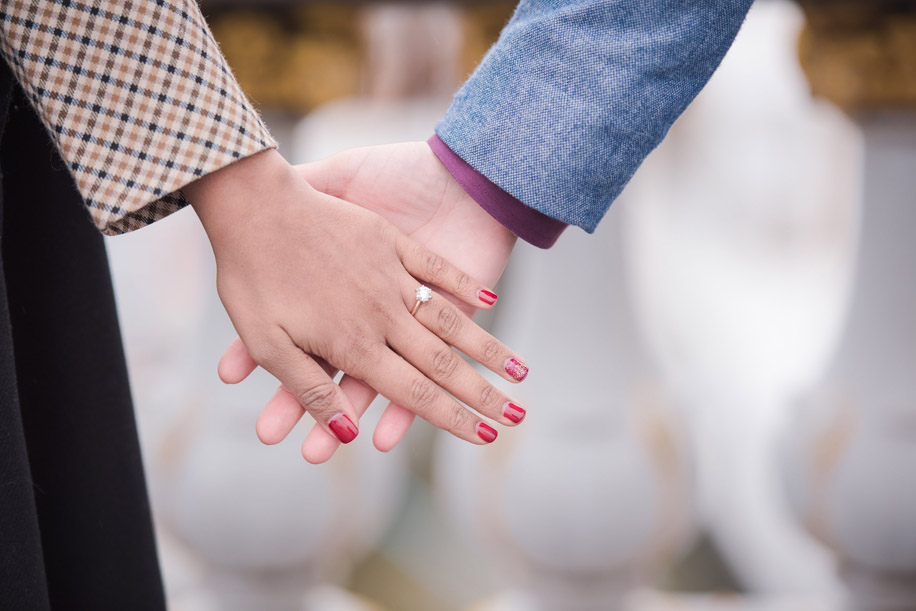 This entry was posted on Friday, January 5th, 2018 at 2:41:28 pm and is filed under Wedding Proposals. You can follow any responses to this entry through the RSS 2.0 feed. Both comments and pings are currently closed.