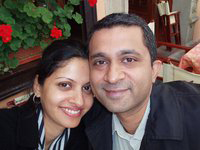 A day after Mahesh Bhupathi walked the aisle with actress Lara Dutta, his ex-wife Shvetha tied the knot with Chennai businessman Raghu Kailas. The three day celebrations took place between February 17th and 20th in Chennai. The couple even set up a closed group on a social networking site with the title ‘our big phat Tam Brahm wedding.’ The celebrations started with a Mehndi and the wedding was an intimate ceremony for which Shvetha wore temple jewellery and the nine yards saree (maroon with gold border) worn by Tamil brahmin brides. The grand reception for over 1,200 guests was held at Valliammai Hall.

Shvetha who met Raghu Kailas through common friends announced a few months ago, that she was seeing someone but didn’t mention his name, since Raghu prefers to keep a low profile. Shvetha, was married to Bhupathi for seven years. After her marriage in 2003, the svelte model, a brilliant student, pursued her MBA at ISB, Hyderabad and then she and Bhupathi set up Globosport, the sports management company. After her separation in 2010, she moved to Chennai, where her parents live. She helps her father in his pharmaceuticals business, and also runs an NGO alotofdreams.com. Raghu Kailas manages his family business, Ucal Exports that deals in auto-components. 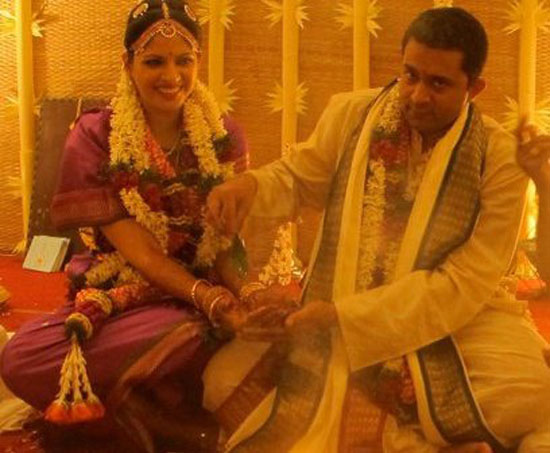 This entry was posted on Monday, February 28th, 2011 at 1:58:09 am and is filed under Celebrity News. You can follow any responses to this entry through the RSS 2.0 feed. Both comments and pings are currently closed.