Sonam Kapoor and Anand Ahuja’s Mehndi was a Bollywood Affair!

Sonam Kapoor, the bride-to-be, all set to tie the knot with Anand Ahuja, threw a glitzy mehndi party at her luxurious duplex apartment in Sunteck Signature Island building at Bandra Kurla Complex. The ceremony took place in a ballroom-like banquet area of the building which was decked up by fresh mogra, white florals and Jo Malone candles.

What caught our eye were the glamorous guests walking in decked in an all ivory ensemble with hints of gold and silver. Here’s Who Wore What– 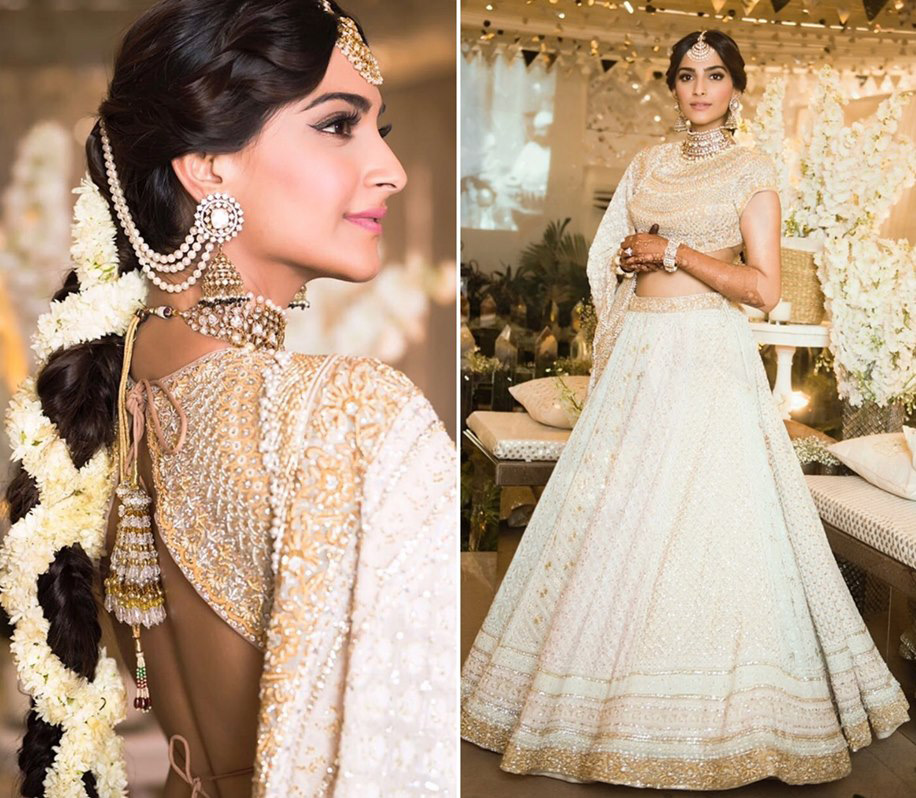 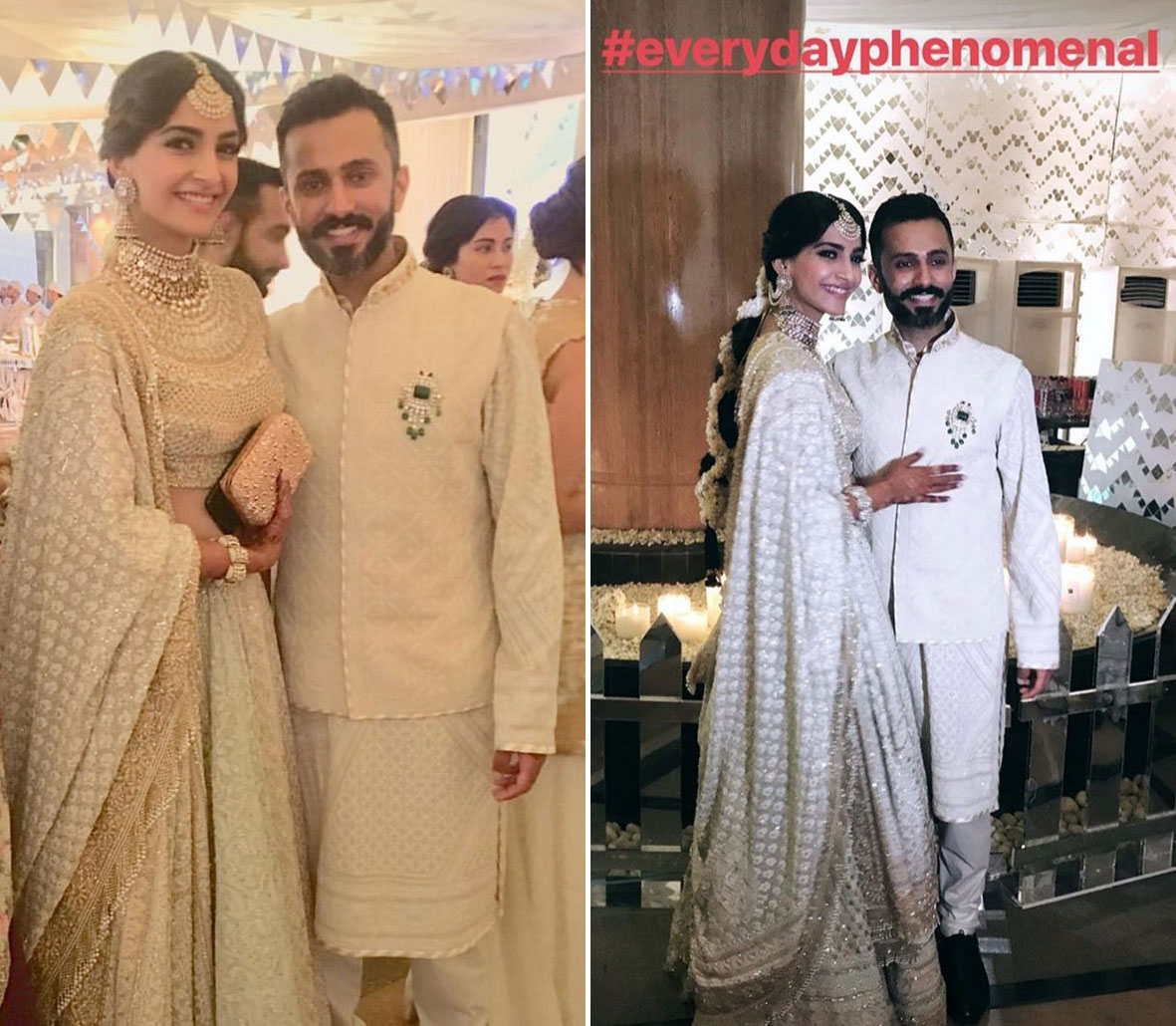 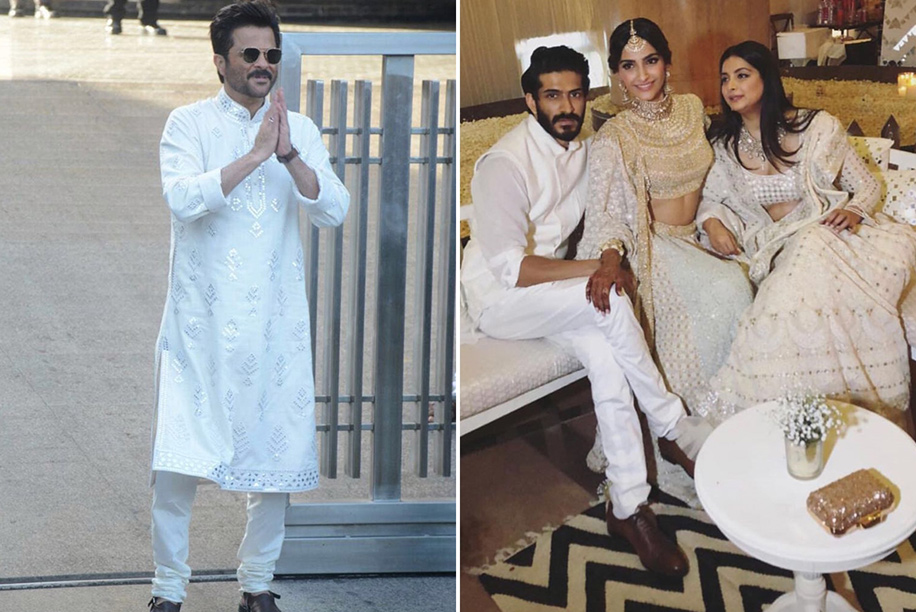 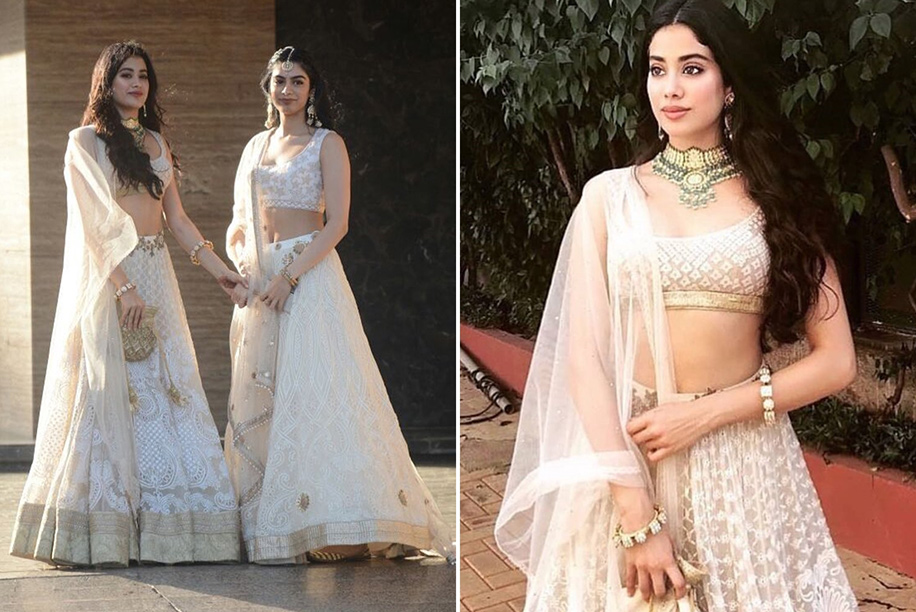 Swara Bhaskar wore a Manish Malhotra lehenga with Amrapali Jewellery. Masaba Gupta wore her own creation with a dash of hot pink. 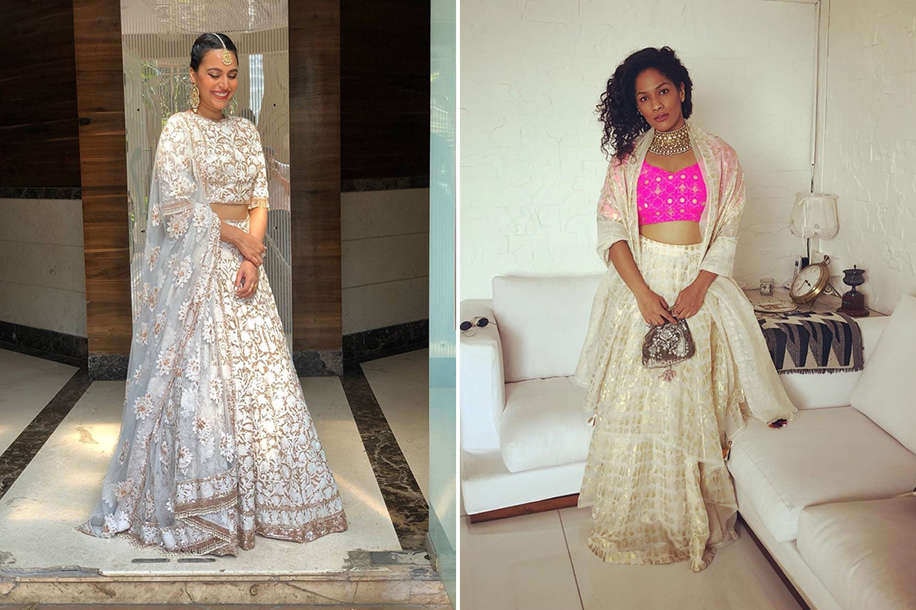 Katrina Kaif wore a sizzling saree by Manish Malhotra whereas her sister Isabella wore a pearl skirt with a royal blue crop top. 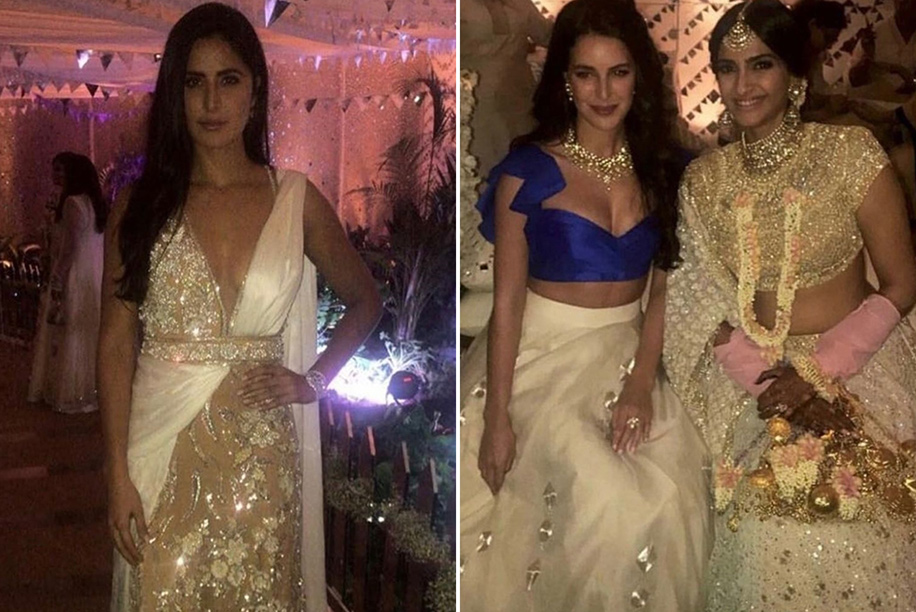 Shilpa Shetty brought a hint of color to her ensemble by Sukriti Akriti and jewellery by Amrapali. Karisma Kapoor nailed it in a Manish Malhotra lehenga. 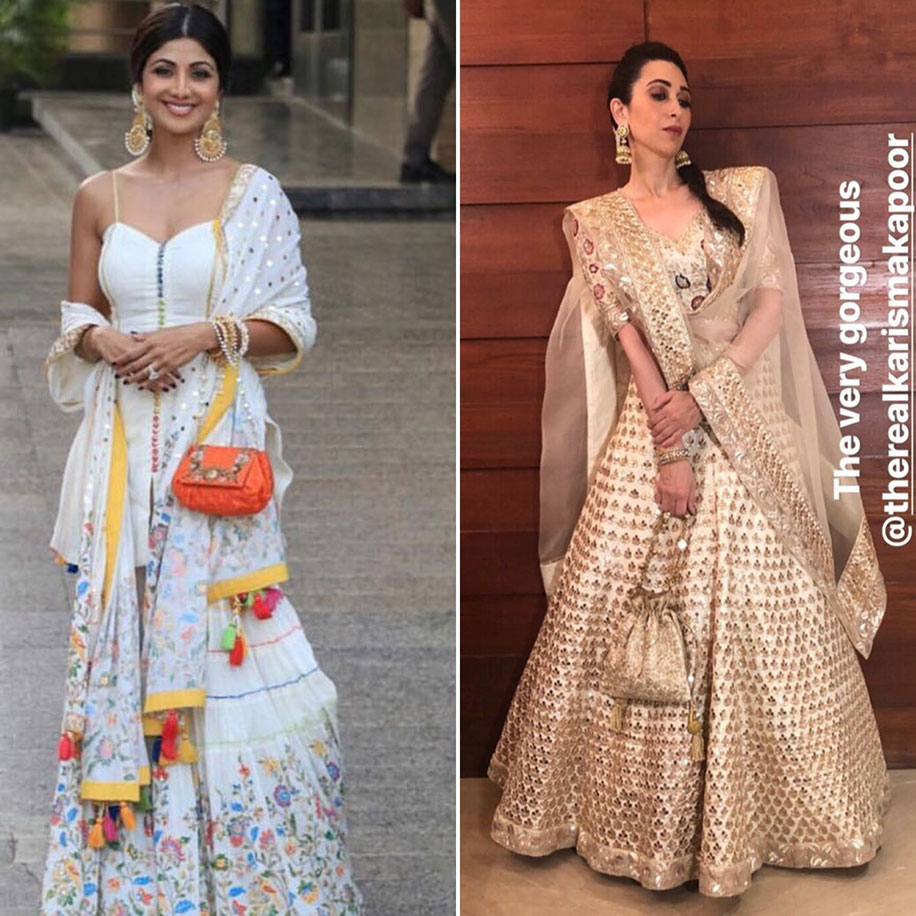 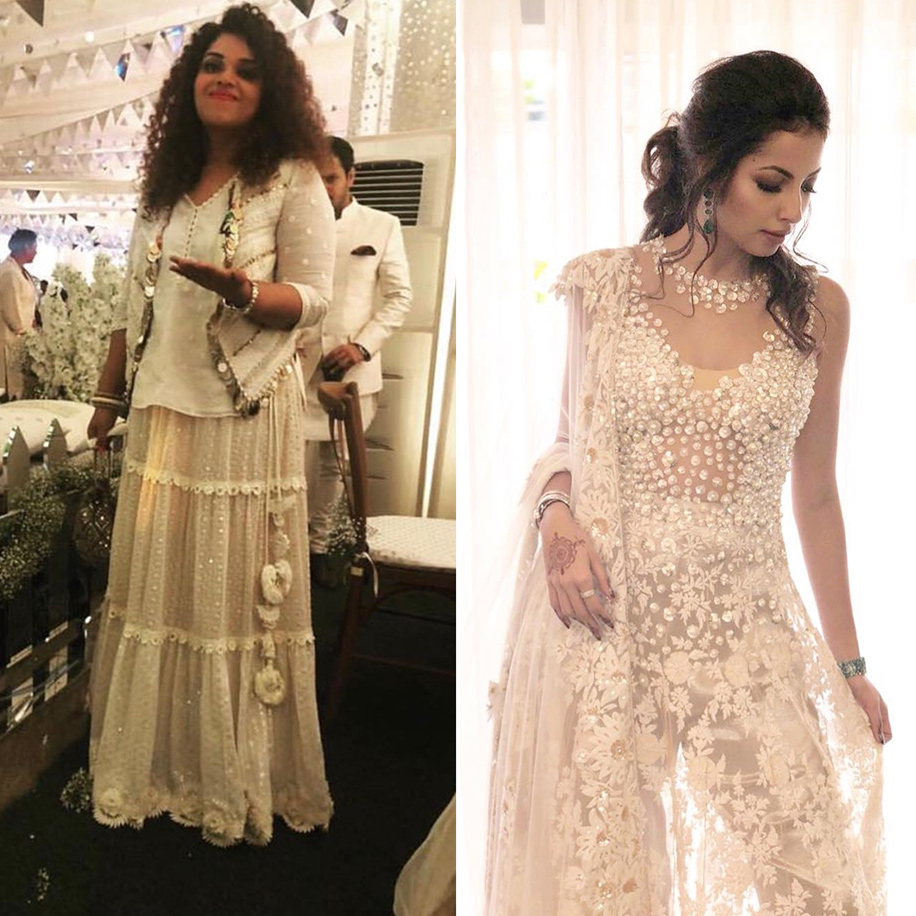 Jacquline Fernandez chose a pearl and powder blue lehenga by Anamika Khanna. Arjun Kapoor stood out in an indigo and white creation by Manish Malhotra. 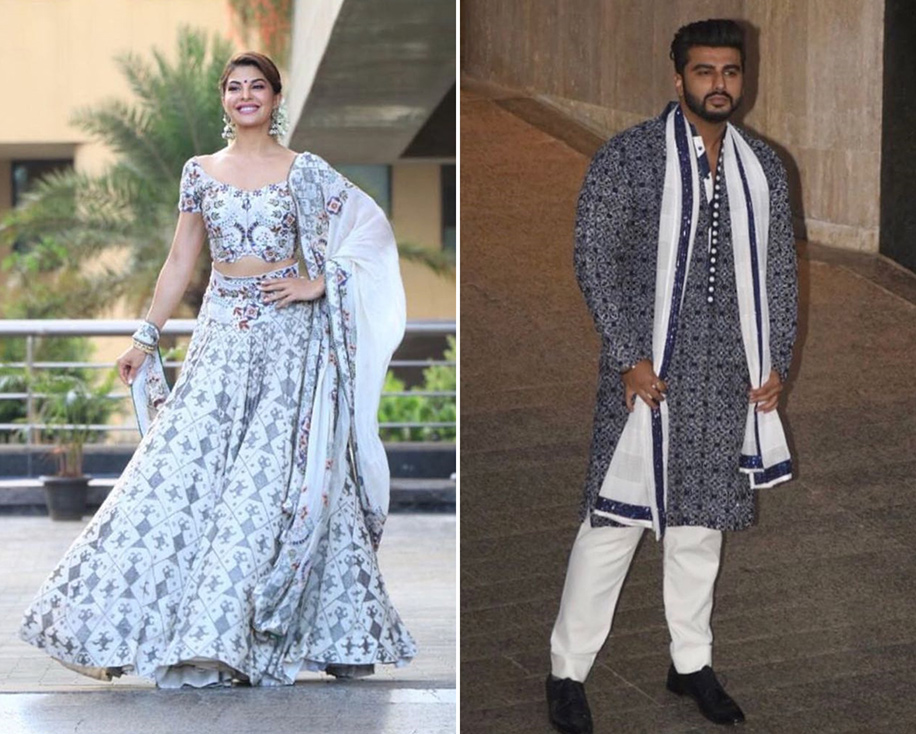 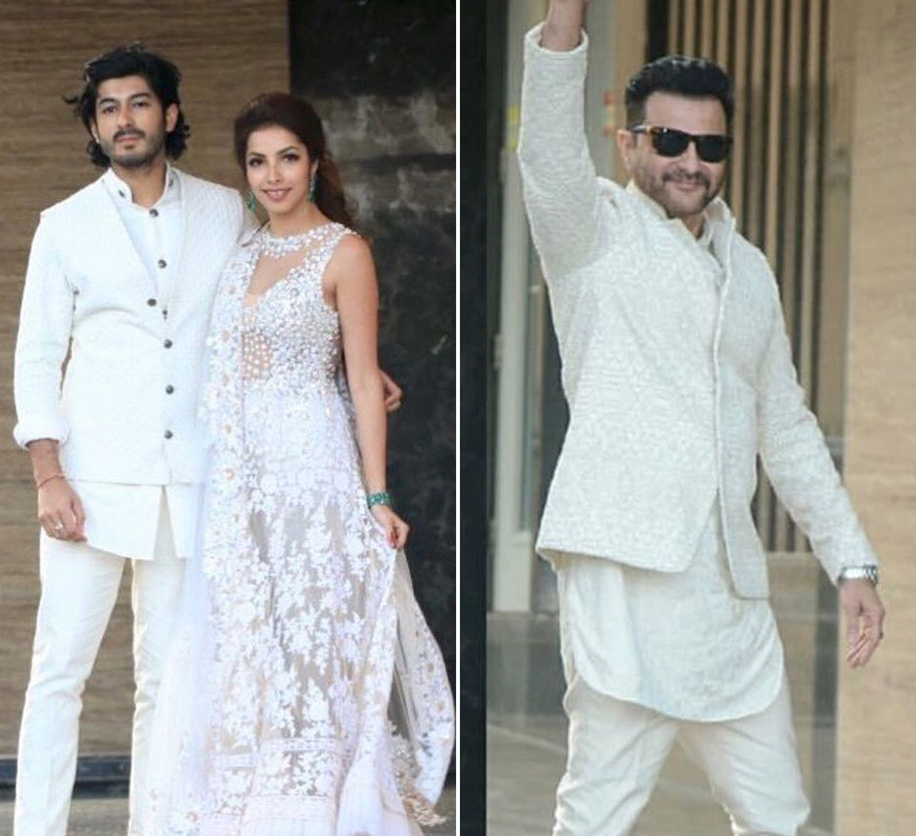 Rani Mukherjee wore an all white long kurta and sharara while Rekha kept it eternal in a gold and ivory saree. Seen along with Rekha are Farah Khan’s triplets dressed in ivory and mint. 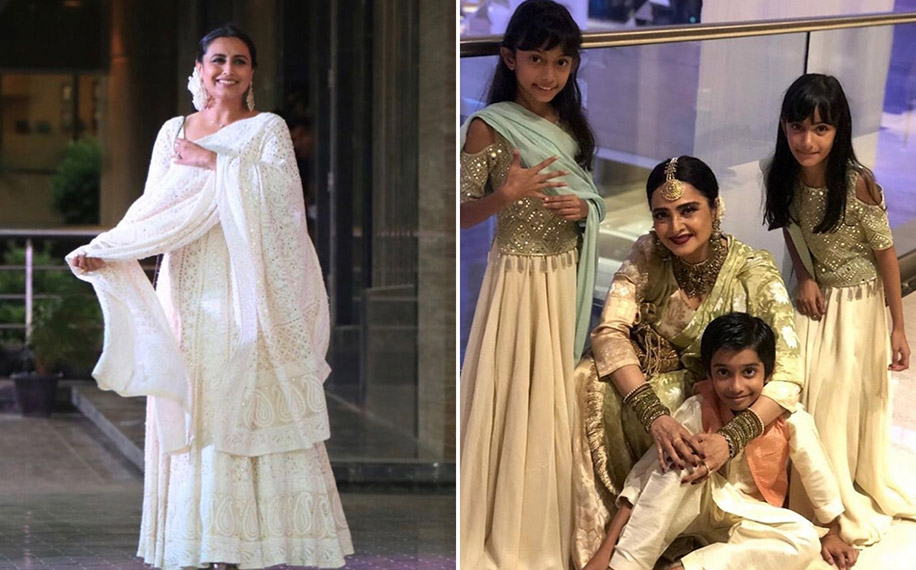 Kunal Rawal and Arpita Mehta dressed in ivory strike a pose with the couple. Karan Johar made a statement in a floral kurta by Manish Malhotra. 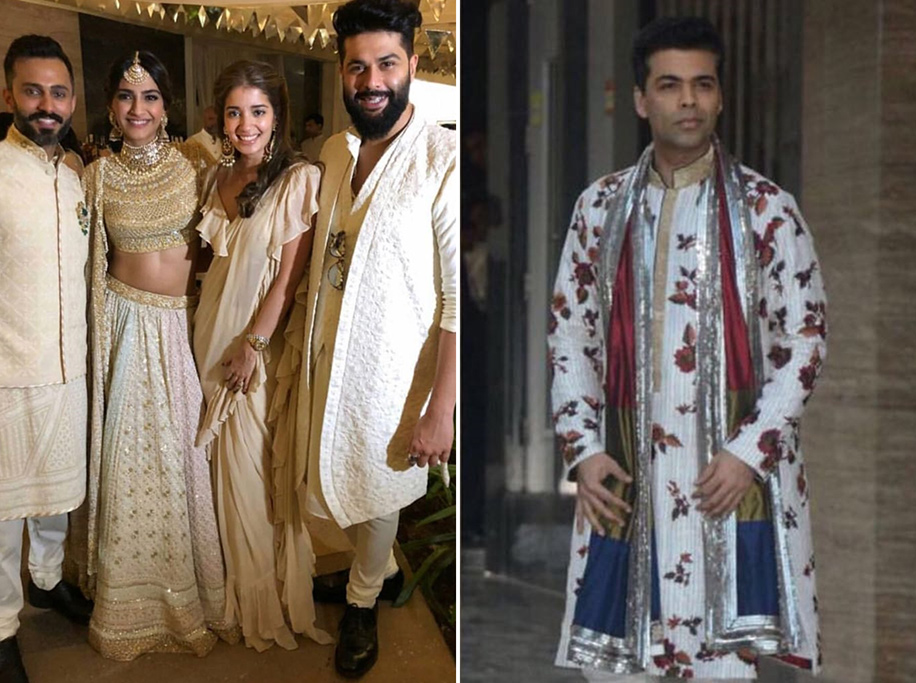 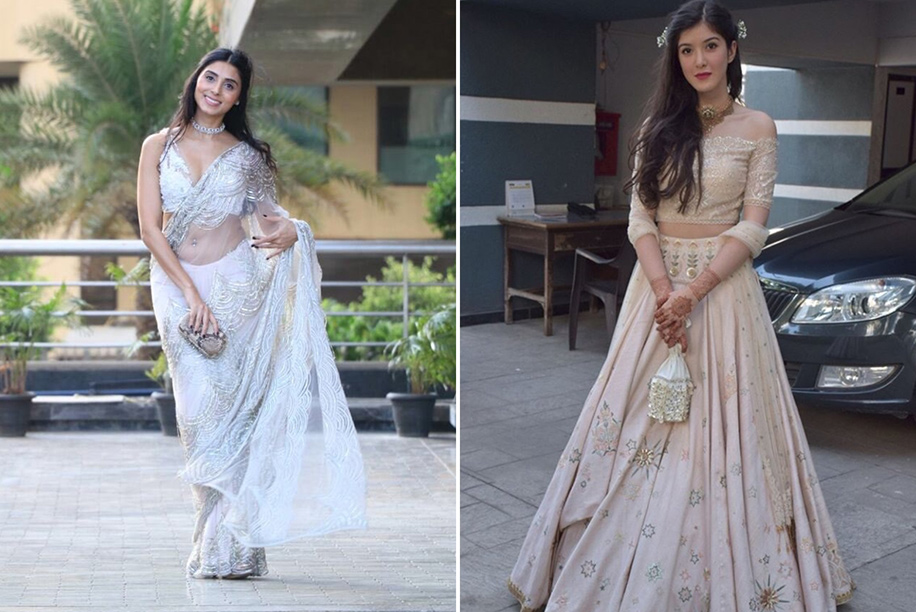 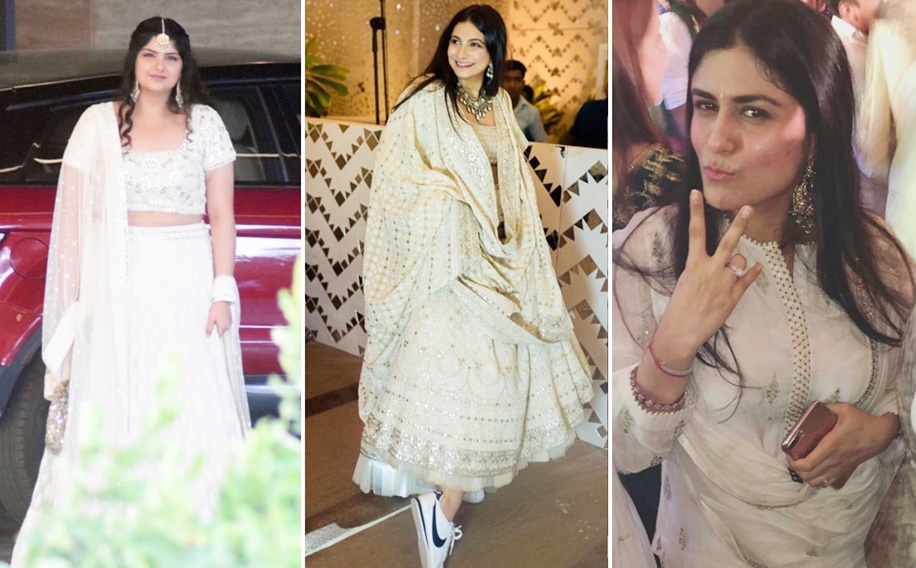 This entry was posted on Tuesday, May 8th, 2018 at 9:58:37 am and is filed under Celebrity News. You can follow any responses to this entry through the RSS 2.0 feed. Both comments and pings are currently closed.