Following their extravagant engagement in Dubai Nawab Adnan Ul Mulk and Nida Farooqui’s wedding in Mumbai was a grand celebration designed keeping in mind the family’s royal legacy. WeddingSutra Favorite Vivaah, who was in charge of the wedding design, transformed the spaces at Taj Lands End, Mumbai with one-of-a-kind wedding themes that made use of fresh blooms, creative lighting and latest technology. 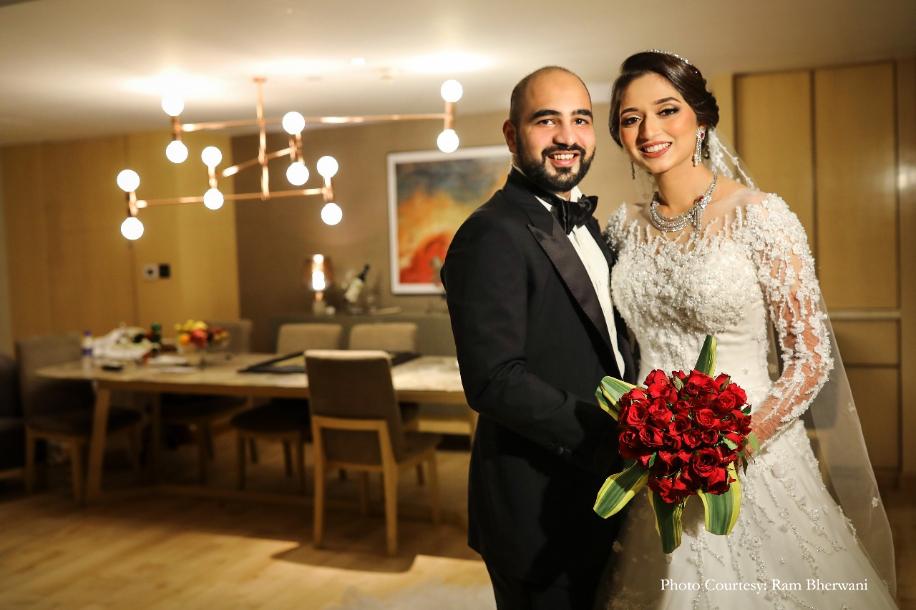 The celebrations began with the couple’s sangeet where sparkling chandeliers illuminated the banquet and ambient lights drenched the venue in a pink glow. Complete with large golden elephant structures, velvet drapes, bright cushions and Moroccan lamps, the setup exuded a regal appeal. One of the highlights of the event was the creatively conceptualized entry of the bride who appeared sitting on an ornate golden throne. The other prominent feature was the grand LED stage that had been set up for all the performances by the Bollywood celebrities present there. Round tables with beautiful overlays and centerpieces of large floral arrangements in exquisite vases dotted the venue and welcomed the guests to a night of entertainment. 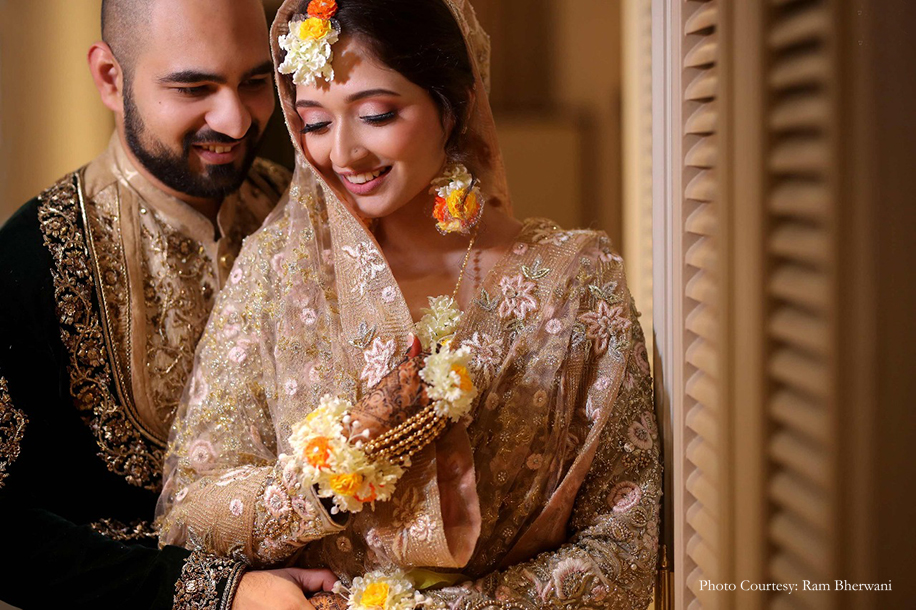 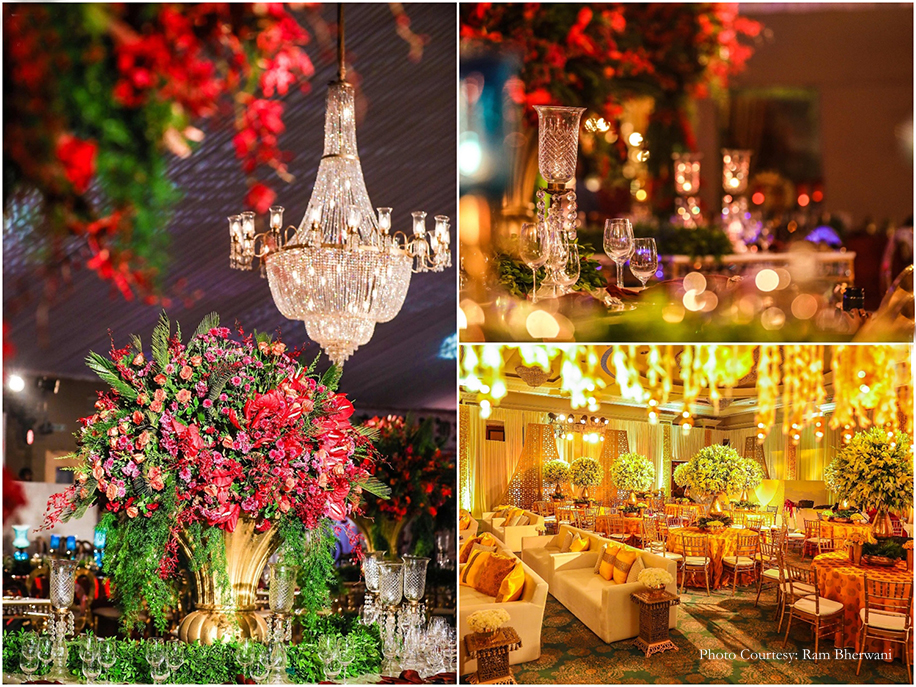 The nikah carried a distinctive North Indian appeal with aesthesis inspired from the palaces of Rajasthan. The imposing stage comprised of five dome-shaped pavilions, often seen in structures that are fine examples of Indian architecture, supported by intricately carved pillars. While the backdrop for the central canopy was smothered in red roses, those for the remaining four displayed stunning relief work. With jaali panels adorning the front of the stage and impressive chandeliers and flickering candles in tall candelabra lighting up the structure, the setup left the guests in awe.

The grandeur was extended even in the dining area where lush greens dominated the décor. Over a carpet of grass, team Vivaah set up two large community tables that crossed each other to divide the area into four sections. The table decorations included floral arrangements created using red flowers and hints of foliage that were placed along with candles. 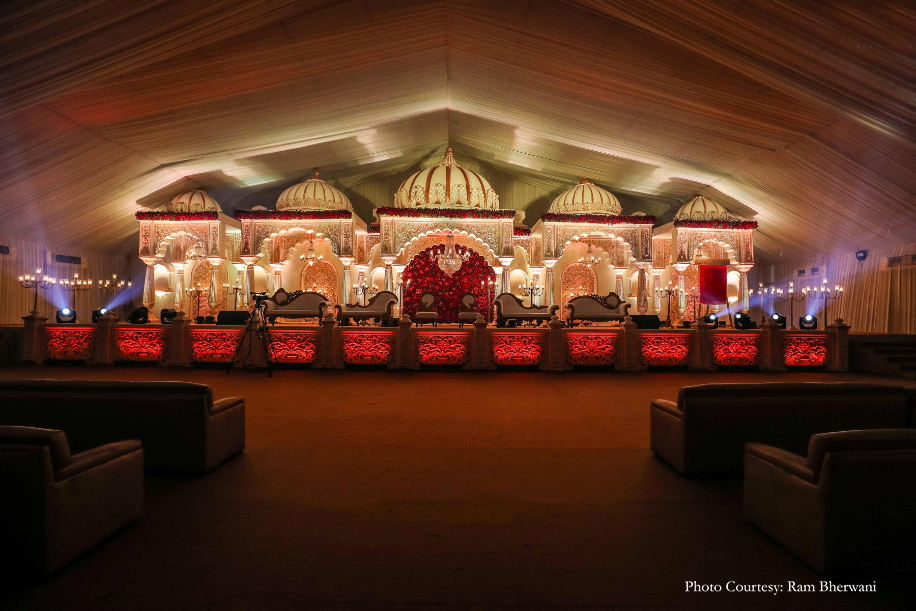 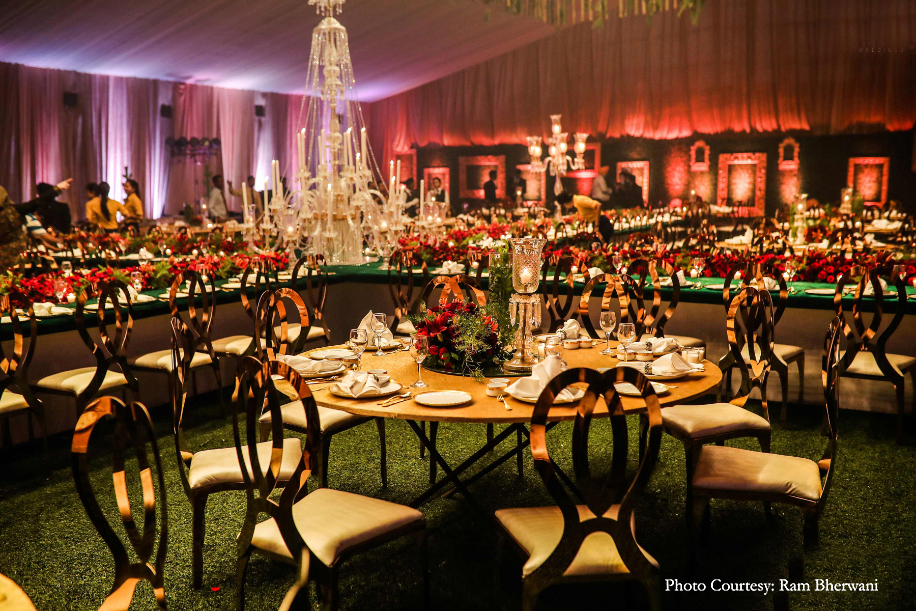 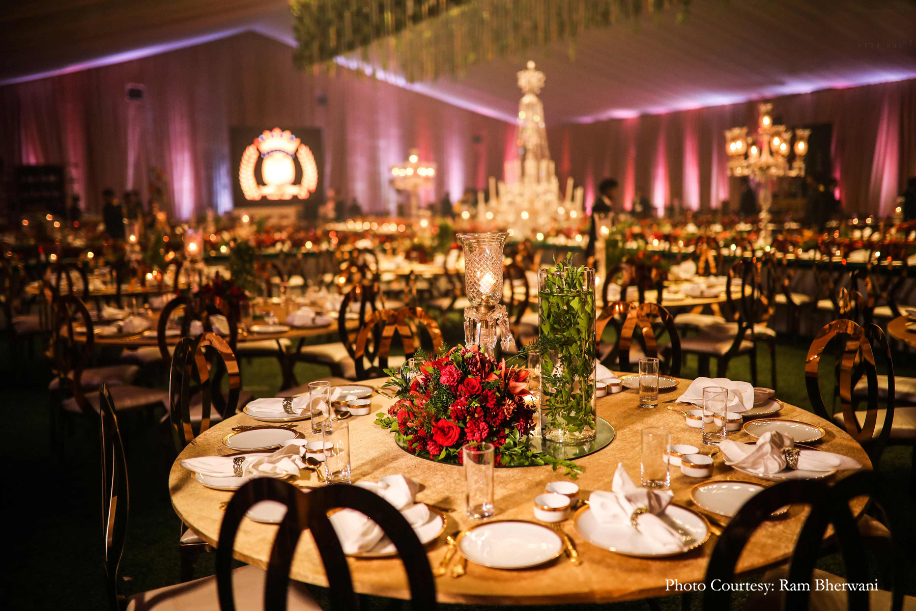 After two functions that followed more traditional themes, it was time to shake things up a little for the reception or the Valima. For this function, the décor took a more contemporary approach. A long pathway was created leading to the stage that was backed by a panel that 3D mapped visuals of cherry blossoms. The path was flanked by large floor vases that were full of exotic posies. A colossal structure of hanging pipes was suspended above this walkway to add yet another element of interest to the gorgeous setup. The dining area too was elegantly done. White flowers sat gracefully on the tables while minimalistic golden chairs surrounded them. The blue light that lit up the venues not only heightened the mood of the event, but also helped in creating a relaxed, yet memorable atmosphere. 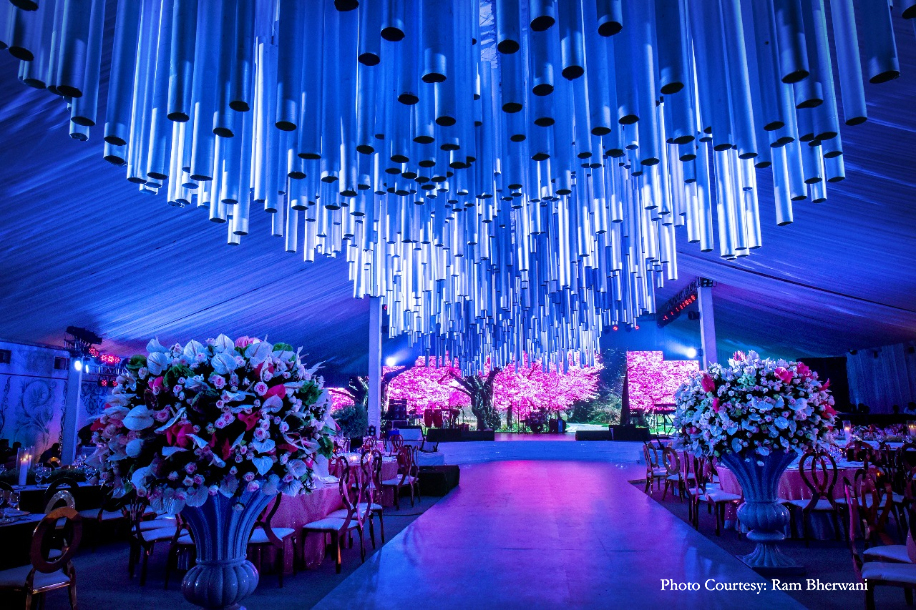 This entry was posted on Wednesday, July 11th, 2018 at 11:15 am and is filed under Celebrity News, Wedding Planning. You can follow any responses to this entry through the RSS 2.0 feed. Both comments and pings are currently closed.