A Surprise Proposal in the Maldives Against a Stunning Backdrop

Aquaintances as children, friends as teens, and partners as adults – Sonam and Neil’s long and deep relationship culminated in the sweetest way when he proposed to her in the Maldives. Check out the stunning proposal he orchestrated with petals, a private pool, and promises of secrecy by both their families… 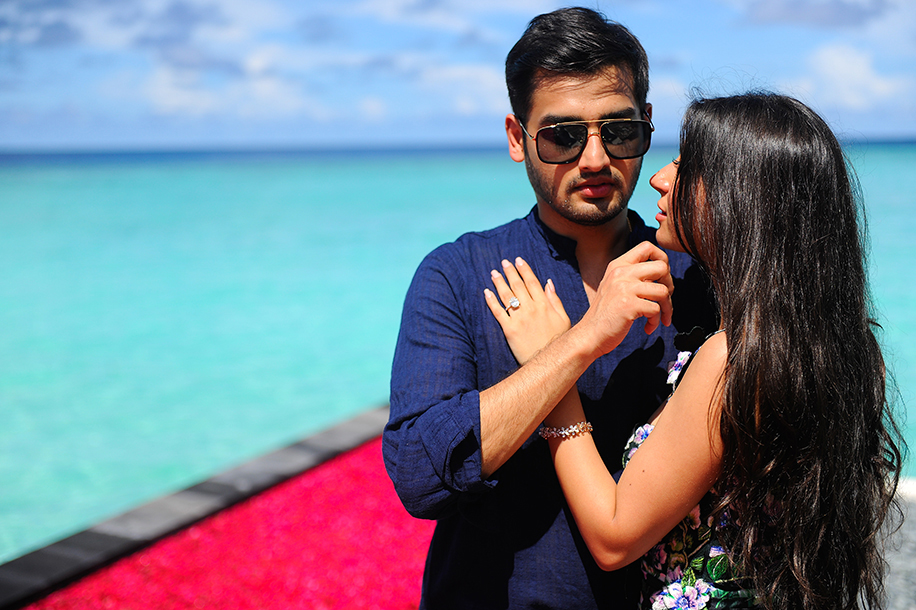 How They Met
“Neil and I were in the same school from kindergarten till Grade 8, after which I moved to an IB school. However, since we were in different divisions, we never became friends. On one random occasion we ran into each other, and he asked me how I was liking it at École Mondiale World School since he too was planning to take admission there. Once he joined, we became a part of the same group of friends and got to know each other a little better. However, we lost touch again since we went to different colleges. We graduated in 2009, and a few years later in 2016, all of our friends decided to go out for dinner. There was something about that evening that had us developing feelings for each other, but we didn’t end up dating. However, over the course of the next three years, our bond kept getting stronger, and finally when we realized that we couldn’t get each other out of our minds, we decided to give a relationship a shot. As it turns out, we were meant to be!”

The Proposal
“At the time Neil and I began dating we knew that we were in it for the long haul, and marriage would follow through eventually. We had spoken about it, but I wasn’t expecting anything to happen before March 2020. Neil clearly had different plans! We had decided to go to the Maldives by the end of October, but I thought this was to only to celebrate my birthday in the first week of November. In September, I went to Hyderabad for a day, and he took this opportunity to go see my parents and ask them for my hand. During the next three weeks, he, along with our families, went about putting together this proposal. He even went shopping for my ring with his mother and mine, and I didn’t have the slightest clue.”

“Once we arrived in the Maldives, it started raining. At one point Neil even considered scrapping his grand plan since chances of pulling off the outdoor setup he had closed on seemed bleak. However, the skies cleared up on the day he had decided to pop the question. That morning he said that we were going to go out to take pictures since we hadn’t got a chance to do so earlier because of the rain and told me to put on something nice. After I got dressed, he led me to a buggy which confused me as he had told me we would be going on a boat. I did ask him what was going on but he dismissed my question. We stopped outside another room, and by this time I really began to wonder what was happening. Everything became clear when he took me to the private pool that was covered in red petals, and white letters were arranged to state, “Will you marry me?” 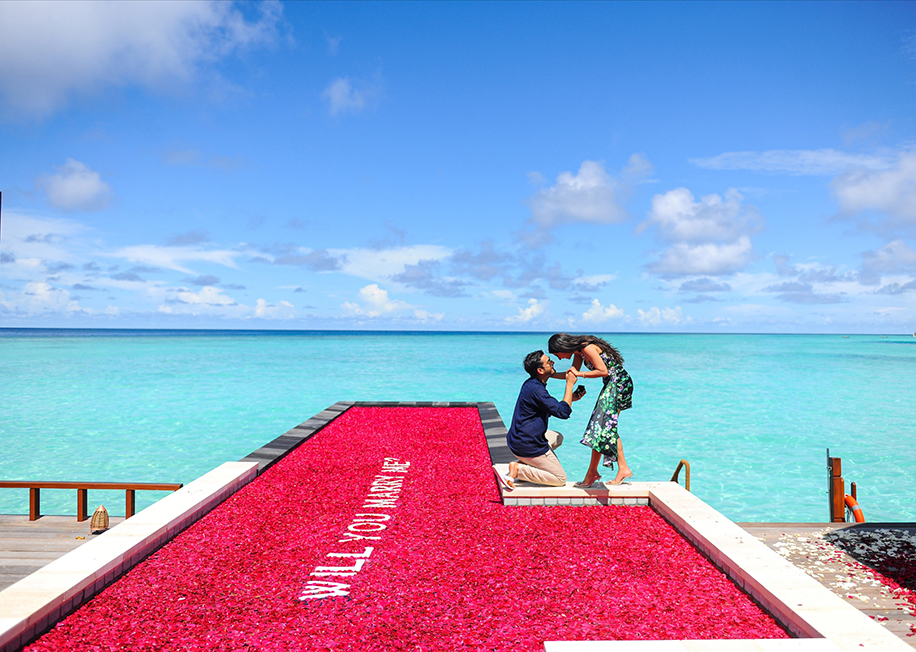 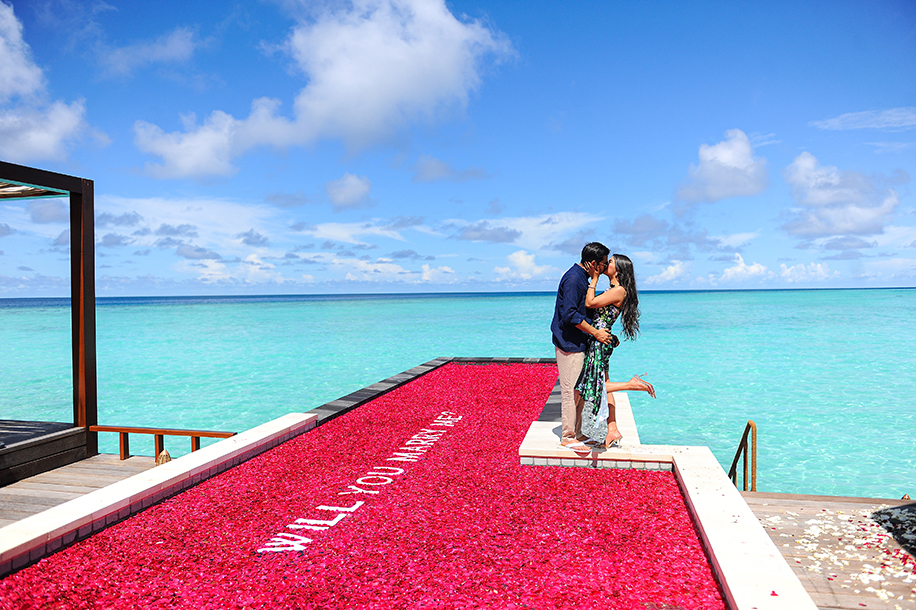 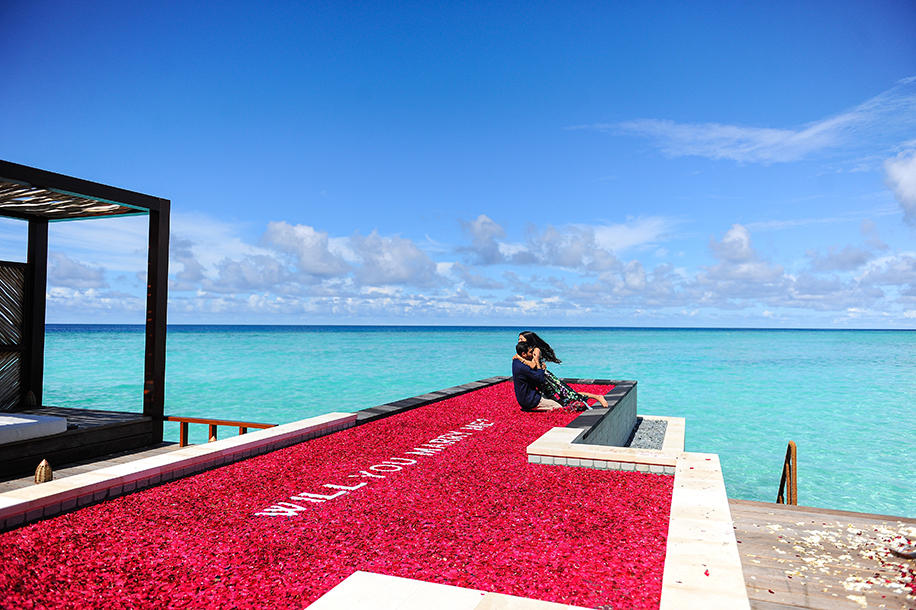 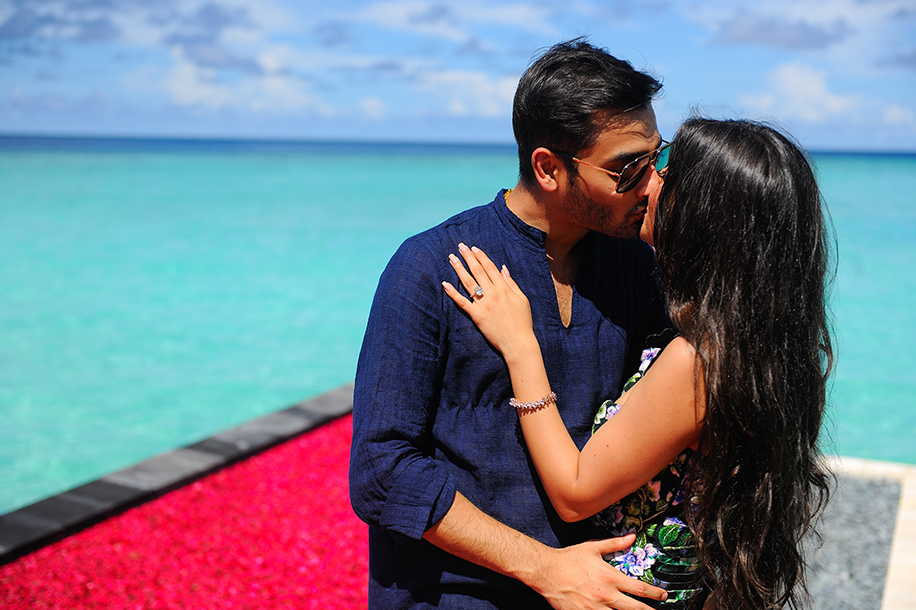 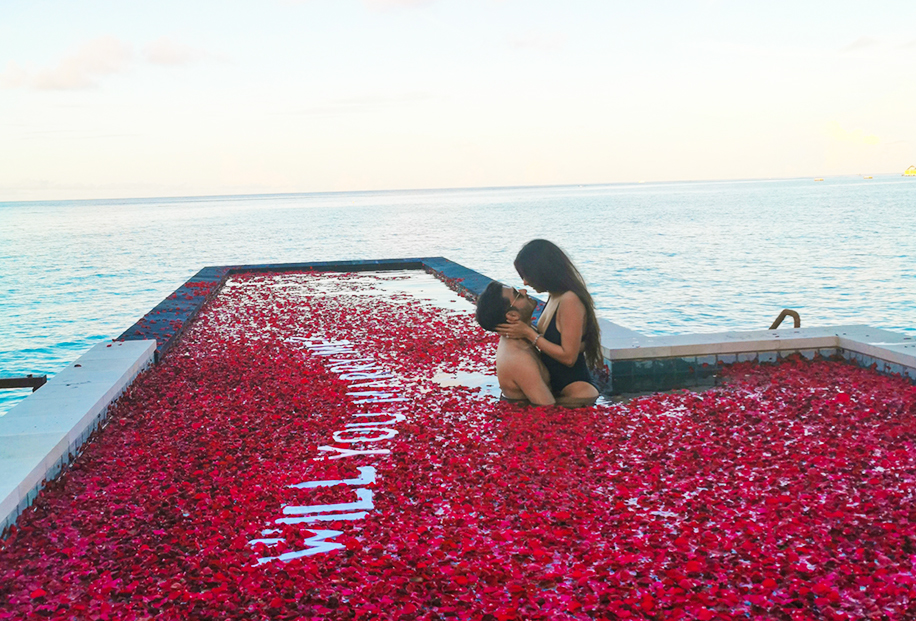 “I was at a loss for words, and before I could take all of this in, our loved ones showed up too! I knew that Neil’s family was joining us a few days later as they are all divers, and this was a part of the initial plan anyway. However, when I saw my family there, I couldn’t believe my eyes because they were supposed to be in Punjab! They had cut their trip short after Neil paid them a visit so that they could be present with us on this day. Everything seemed so surreal I could hardly believe that all of it was happening. It was one of the best days of my life!”

This entry was posted on Tuesday, November 12th, 2019 at 1:23:52 pm and is filed under Wedding Proposals. You can follow any responses to this entry through the RSS 2.0 feed. Both comments and pings are currently closed.