Anu Bose and Ashish Anil hail from Kerala and in 2005, both of them headed to Singapore with a teenage dream of globalized education and career. They were a part of the same group of friends who would hang out together and they studied at one of the finest universities in Asia. Being together for all these years, a wonderful chemistry developed and with similar interests and thoughts, they decided they were meant to be. When it was time to decide on the wedding, they were sure they wanted the most memorable celebration- their wedding in Singapore was a fusion of traditional Indian and East Asian culture and an amazing combination of Catholic and Hindu customs (Anu is Catholic and Ashish is Hindu). 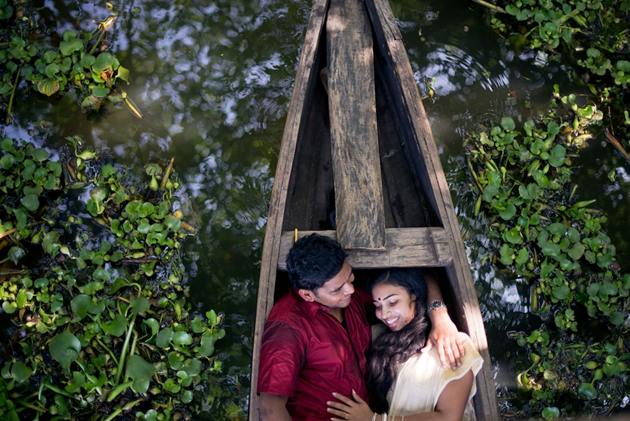 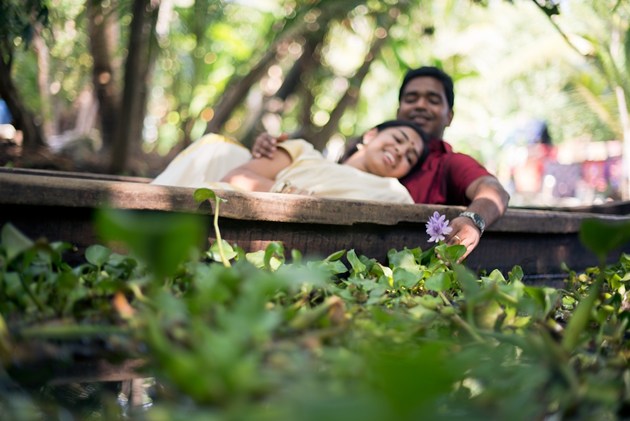 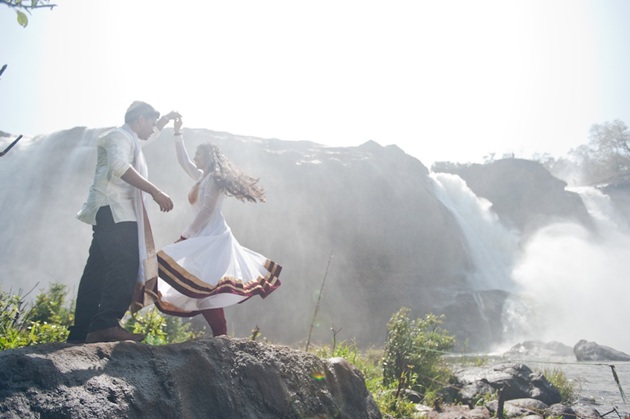 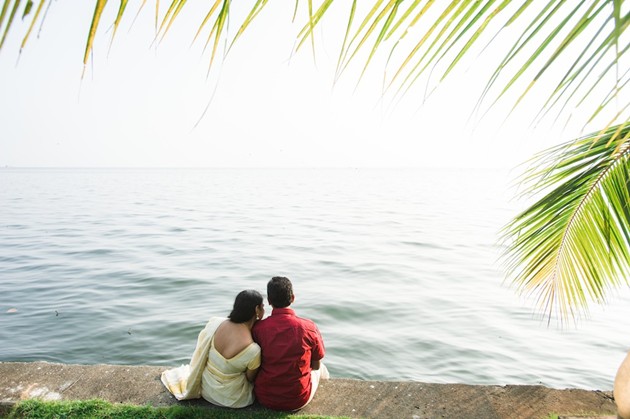 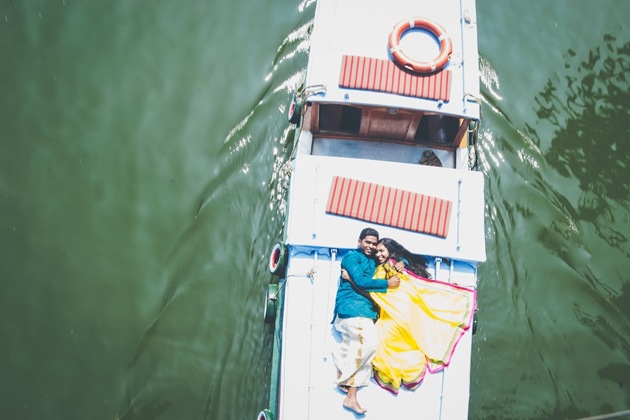 Anu and Ashish state: “We handled everything on our own- from venue bookings, to interaction with all the suppliers. There were three things we spent a lot of time on- one was designing our wedding invitation card, the second was the short animation clip of our love story played at the reception and finally the wedding photography and film.” Ashish was introduced to Bangalore-based candid photographer Saneesh Sukumaran by his cousin. And on Saneesh’s recommendation the videography assignment was given toAnand of Creative Chisel. Both Saneesh and Anand flew in to Singapore to cover the wedding and the post wedding shoot. Anu and Ashish were keen on a pre-wedding shoot too, and the beautiful backwaters of Alappuzha and the natural waterfalls of Athirappilly were the venues for it. Says Saneesh: “It was nice to work with a to-be-bride and groom who were equally excited about their couple shoots. And we decided on two very different backdrops, with diversity being a key inspiration. Kerala and Singapore, where they have spent their lives; for Kerala the look was very traditional. At Alappuzha we took a boat in the early hours and drove around so we could be away from the regular tourist places. At the Athirappilly waterfall we climbed down to the bottom of the falls, it was very windy but we managed to get some good shots. In Singapore the look was modern to suit the ambience of the city.  We shot at all the iconic places there- near the beach, China town and the Gardens by the Bay.” 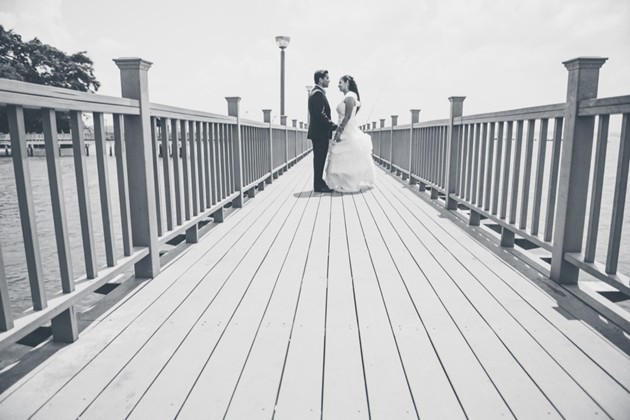 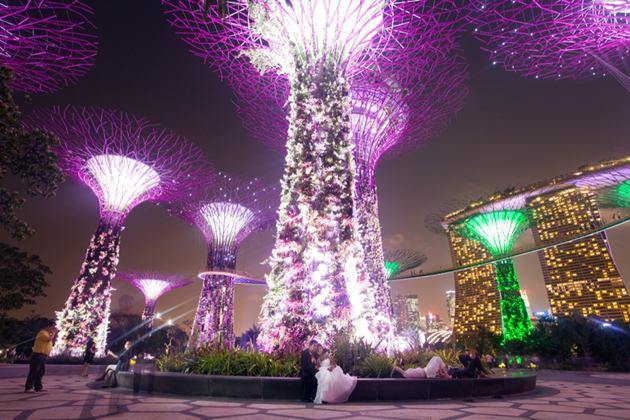 Anu and Ashish’s wedding at the Park Royal Hotel was a multi-cultural affair with a multi-national and multi-racial audience. As a tribute to their own traditions and beliefs, the solemnization- formal registration of wedding was carried out in the presence of a Church priest followed by a traditional Hindu wedding. The post wedding celebration was an active, cheery affair with champagne toasting, cake cutting, songs and dance. The big day was followed by the post wedding photo shoot after which the couple flew in to Bali for a short holiday. 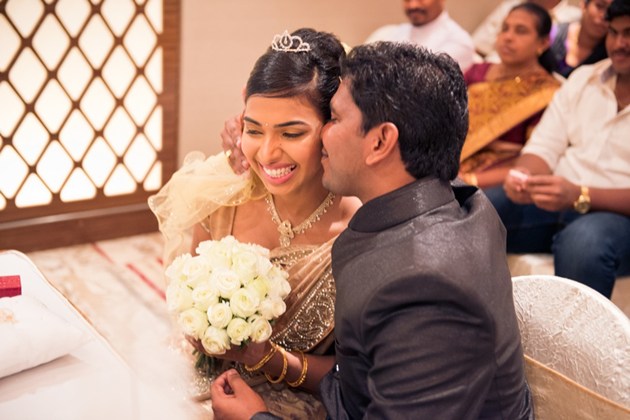 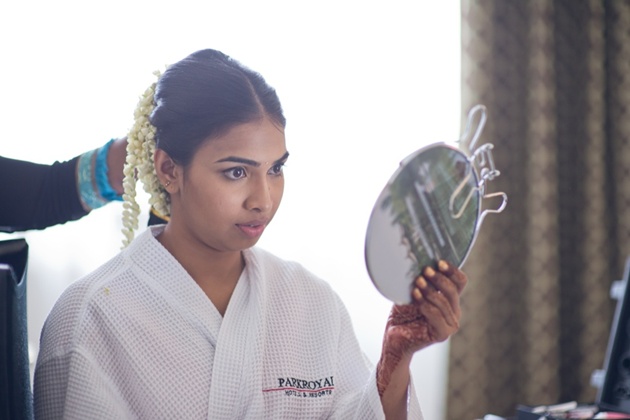 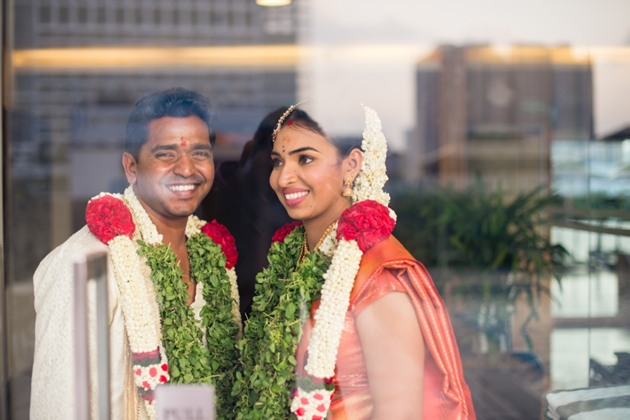 This entry was posted on Monday, August 18th, 2014 at 8:03:27 am and is filed under Wedding Photography & Films. You can follow any responses to this entry through the RSS 2.0 feed. Both comments and pings are currently closed.