@The Taj Mahal Palace on the Big Day

“We don’t know anything” was the response from our friends who work at The Taj Mahal Palace in Colaba, when we asked them about the arrangements for Saif- Kareena’s wedding. The General Manager of the hotel and Head Chef Hemant Oberoi were personally involved in overseeing the details for the most awaited Bollywood wedding, so quite obviously very few individuals outside the core team had any information on what was going to happen on 16th October, 2012. 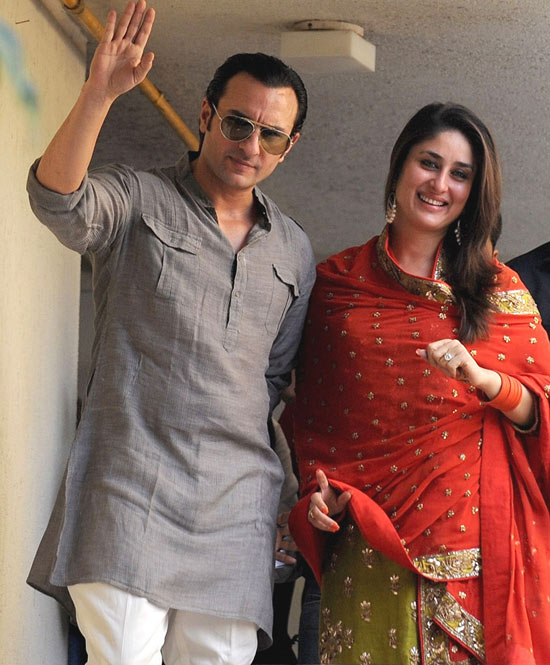 We visited the hotel on 16th afternoon. Bouncers hired by Event Management company Carving Dreams (Saif Ali Khan’s trusted talent managers who took care of wedding planning & management) dotted the space leading to the Ballroom on the first floor. Sister Karishma Kapoor was entering the Ballroom along with decor queen Gurleen M Puri and her partner Sudha Khanna. We didn’t want to enter the ballroom, but took a dekko from outside- lots of white flowers and gold fabric which covered the walls. As we exited the first floor a host of young men in traditional attire were entering– we asked them if they are the music troupe, and they proudly handed over to us their card- ‘Anand Omkar Bhatt Kalakar’ which detailed all their services- Dhol & Bhangra, Dandia, Kachi Ghodi, Chudiwala among others. 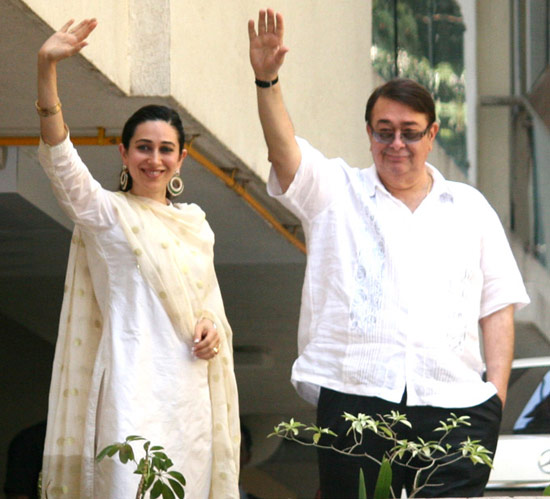 On reaching the ground floor, a very relaxed looking Kareena crossed our path; our camera was in hand, but since she crossed us all of a sudden, the thought of photographing her didn’t even come to our mind; the stern looking bouncers kept staring at our cameras with that ‘don’t you dare’ look. We left the hotel’s main door and outside we could see hundreds of onlookers and a host of television and newspaper cameramen. For the latter, it was an assignment with a difference, one of the few celebrity weddings where they wouldn’t be able to easily photograph the celebrity guests, as media entry into the hotel was strictly prohibited.

While the media went gaga about Kareena and Saif’s ‘Sangeet’ at the terrace of their building on 13th October, it was actually just a welcome party. Interestingly the couple chose to celebrate their Sangeet post the registered marriage on the evening of 16th. Contrary to speculation there was no Nikaah either. Just before the commencement of the Sangeet, they exchanged vows. Manish Malhotra a close friend of Kareena spoke to the media: “The wedding was not held as per any custom- it was a very private affair.” But what made it a glitzy affair was the presence of so many superstars. The Indian Express rightly quipped: “After all the brouhaha about Kareena and Saif’s wedding, the couple had a simple registered wedding at home, an anti-climax of sorts.”

According to reports, for the exchange of vows, Kareena wore a gharara designed by Ritu Kumar which was inspired by an heirloom garment of the Pataudis. Later, for the post-wedding celebration Kareena wore a creation by Manish Malhotra- a bungundy color embellished gharara with a maroon dupatta. Saif wore a Banarsi brocade ‘achkan’ by Raghuvendra Rathore. 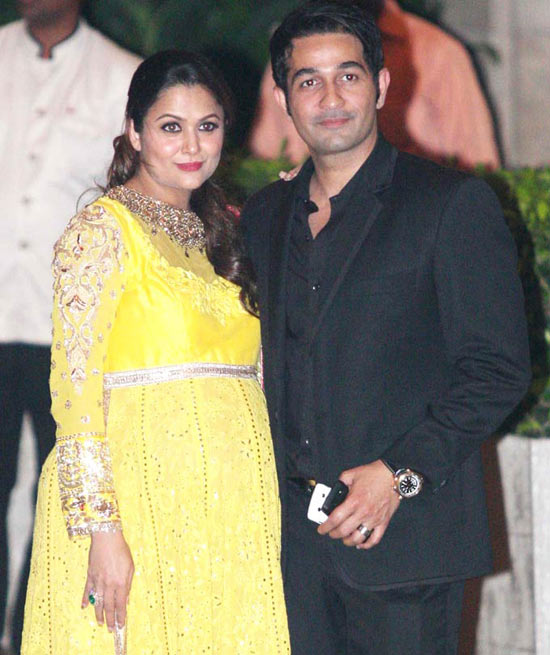 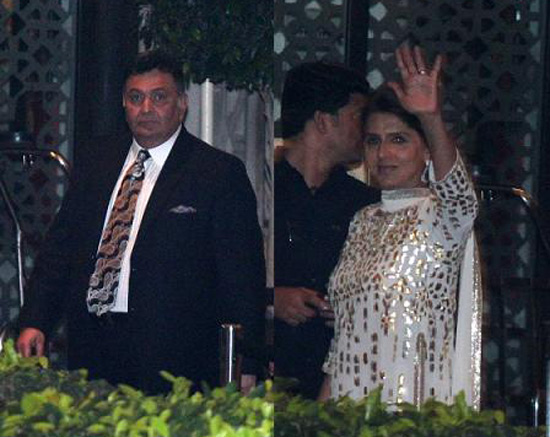 This entry was posted on Wednesday, October 17th, 2012 at 6:57:40 am and is filed under Celebrity News. You can follow any responses to this entry through the RSS 2.0 feed. Both comments and pings are currently closed.