Wedding photographers Ankita and Akash of WeddingNama shot at nearly 10,000 ft above sea level for a unique pre-wedding shoot in Ladakh. They tell us about it here. “At WeddingNama, we focus a lot on creating personalized expressions in photographs and film. We’re known as trendsetters and this reputation comes from presenting ideas that have not been done before. In today’s internet-of-everything world, people are content with picking up references and replicating them. But we’d rather work to create unique, original concepts like last year, when we shot a proposal/save-the-date video entirely underwater.

As we chatted with this couple, we realised they wanted elegance and class and so we came up with ‘Talaash’, as a concept. We would need stunning backdrops to tell the story perfectly and that is how we decided to shoot in Ladakh. 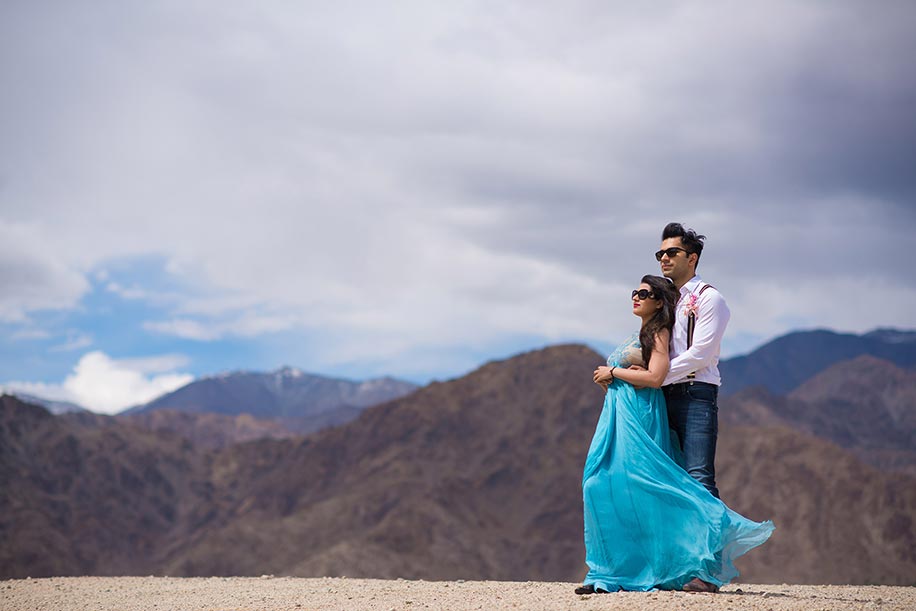 The entire Ladakh experience was quite amazing. First off, you need to take your time. The flight lands early in the morning and most hotels in Ladakh provide early check-ins. From the minute you land you are constantly reminded to not plan any activity on the same day, giving yourself time to acclimatize to the high altitudes. Once you’re ready to shoot, you must budget to travel four or five hours from Leh to where the locations are. The roads can be quite tricky and sometimes there are no roads at all! We had to plan meticulously over the 4/5 days we’d allotted for the shoot plus travel. 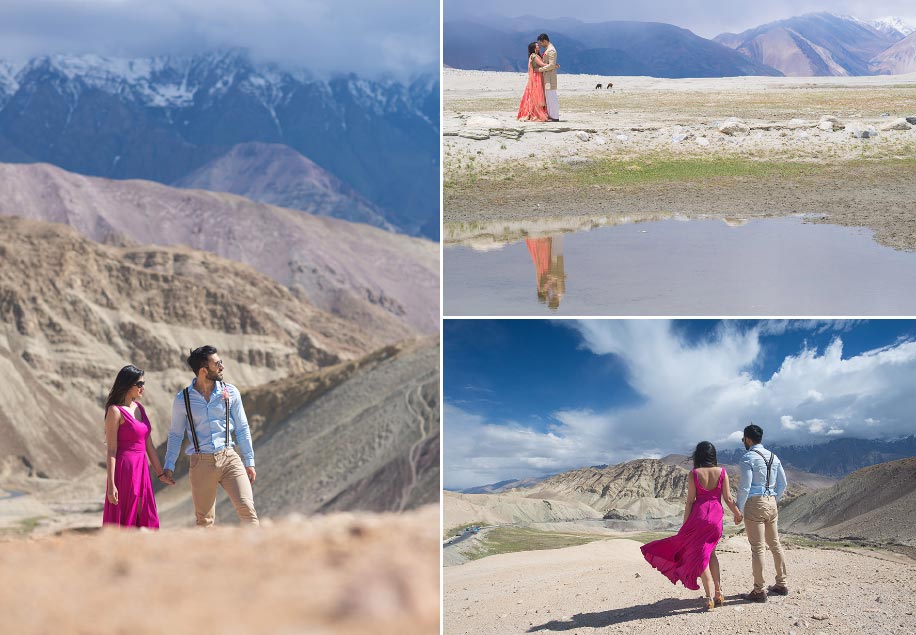 There were climactic challenges. Chilly winds meant it was impossible to shoot at night. Then with extreme cloud cover, we spent a lot of time literally chasing sunlight. The long hours travelling down bumpy roads took their toll on our backs! Then of course the ever present bogey of altitude sickness; travelling so high up in such a short time meant that at one point or the other, someone from the team or the couple was sick. You can’t tell in the shots, but there were times when the bridegroom or the person shooting were shivering like crazy but just steeled themselves for the shot!

But look at the stunning landscapes of Ladakh and all the pain is forgotten! We had such a blast. It is literally heaven on earth. Everywhere we turned our cameras, there was a beautiful frame waiting to be captured. 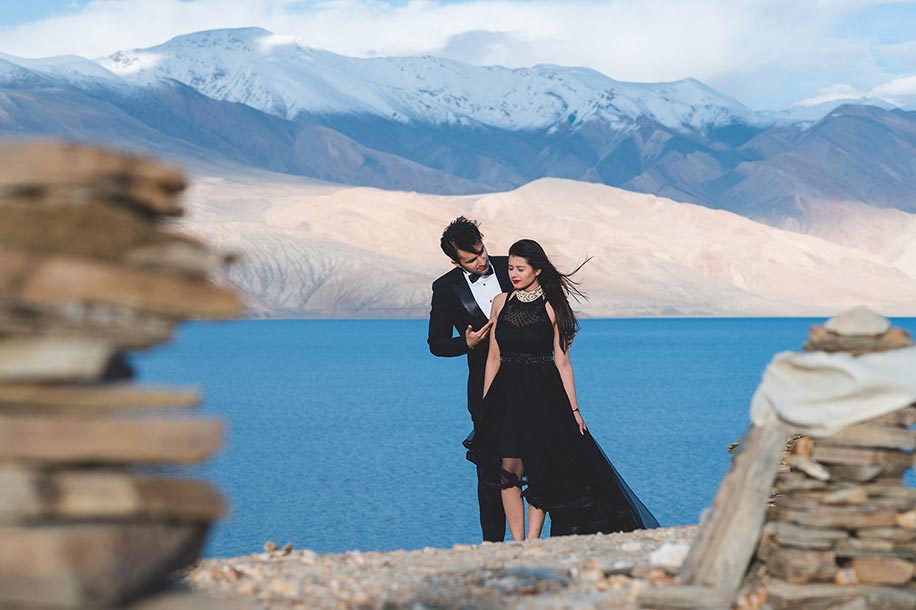 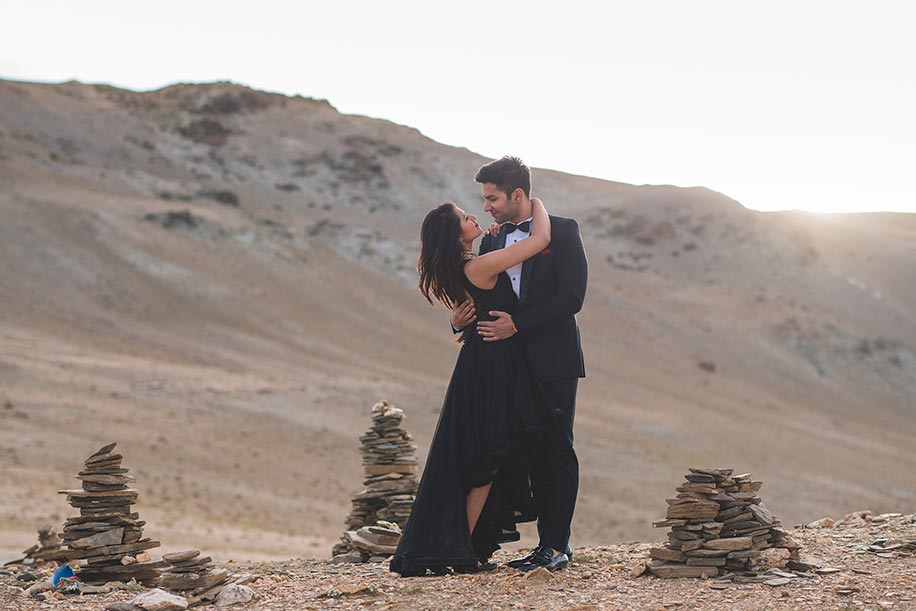 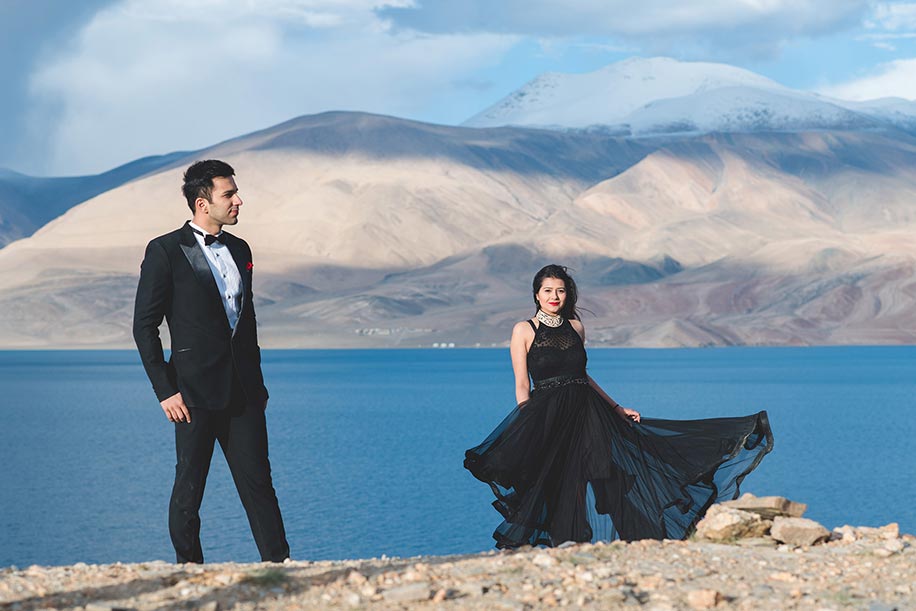 On our return, we really enjoyed editing the film. At some level, this is the story of a boy who meets a girl and falls in love, but we’ve tried to turn the narrative and create something different. This is a story as much of finding love as of love finding you; a ‘Talaash’ at a divine level. We had an original soundtrack composed and recorded especially for this film. Looking back, you realize everyone worked so hard. We now have memories of this wonderful journey and when we saw the reaction of the couple and their families at the screening it was all worth it!” 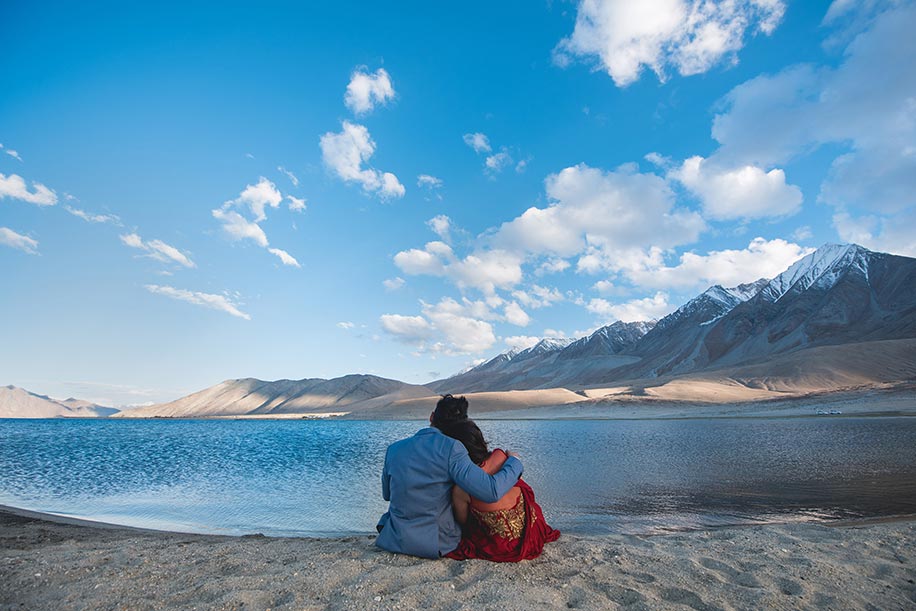 Tips from WeddingNama: Every location in Ladakh is picturesque. Keep your eye out for the offbeat along the way to avoid the tourist crowds in places like Pangong, Tso Moriri and Nubra Valley at sunset. Ladakhi sunsets are stunning so try and find a place where you can avoid the tourists and focus on the dramatic shadows on the mountains and changing colours of the lakes. Look at weather forecasts before you plan. Ladakh is a very peaceful place, so please be respectful.

This entry was posted on Friday, July 29th, 2016 at 10:18:46 am and is filed under Wedding Photography & Films. You can follow any responses to this entry through the RSS 2.0 feed. Both comments and pings are currently closed.