Varun Gandhi and his bride have kept a very low profile (we haven’t even seen a couple picture of Varun and Yamini) but there’s a lot of buzz about this wedding. After all, who wouldn’t be curious to read the wedding details of the scion of India’s now most famous family? 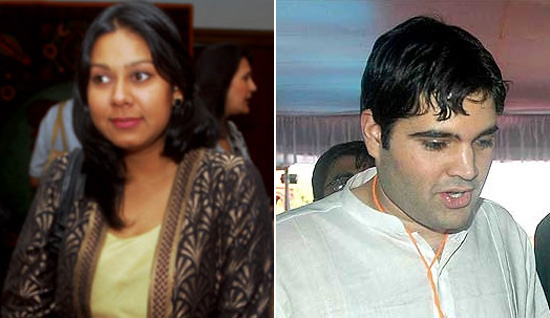 The Hindu wedding ceremony is at the Kanchi Shankarachaya’s temple on Hanuman Ghat, Varanasi. The Shankaracharya will preside over the morning wedding ceremony, after which the newly-weds and their close ones will return to Delhi by a private aircraft. The reception for 1,200 guests is at Ashoka Hotel, Delhi on March 8th. Here’s more about the people working behind the scenes.

Decor by Sumant Jayakrishnan: The groom’s mother is India’s most well-known environmentalist and animal rights activist, so obviously we’ll see the most eco-friendly decor here. Jayakrishnan, an NID alumni and his team (most of whom are architecture graduates) have created the most exotic visual experiences for some of the most high-profile weddings in Delhi. In an earlier interview to WeddingSutra, Jayakrishnan said: “Since I’m from a theatrical background, I enjoy creating the visual ambience for the drama that unfolds at any event—be it a wedding, luxury launch, fashion show or award function.” Every season, Delhi’s most sought-after Production designer takes on 4-5 wedding events only, and he prefers working at large, private spaces like Delhi’s farmhouses vis-a-vis Hotel and Banquet-like set-ups.

Wear by Rohit Bal: In an interview to Bombay Times, Bal made an interesting comment on the dress sense of young scions of political families: “They don’t want anything flashy and ostentatious”. So Bal has designed two extremely simple and elegant outfits for Varun. While he has not revealed much, there’s buzz that Varun will wear a dhoti-kurta in white and gold for the wedding and a traditional churidar-achkan teamed with old polka buttons for the reception. Yamini, will not be wearing a designer creation for the Reception but a 100 year old brocade Benarasi, that belonged to Varun’s great grandmother, Kamala Nehru. Her mother-in-law will wear a sari with the Nandi bull motif designed by Madhu Jain, who specialises in reviving heirloom saris. 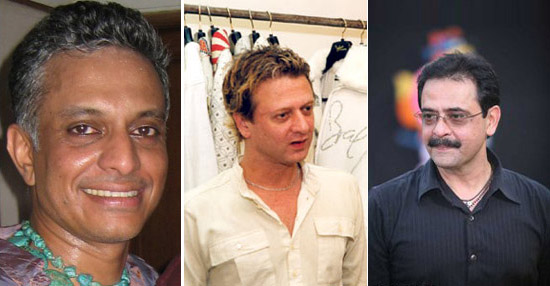 Pan-Indian menu by Puneet Sikand: The vegetarian fare will include dishes from Kashmir, Bengal, Awadh (UP), Rajasthan, Punjab, Gujarat, Kerala and Tamil Nadu. Sikand, who runs Delhi’s Kitchen Art Company, is known for creating the most contemporary cuisine in traditional flavours; Kitchen Art’s offering includes a no-onion, no-garlic option for weddings, bar-be-que and South Indian delicacies for the mehndi and a continental bar-be-que, crepe station and stir fry station for the sangeet and cocktails.

This entry was posted on Wednesday, February 23rd, 2011 at 5:57:14 am and is filed under Celebrity News. You can follow any responses to this entry through the RSS 2.0 feed. Both comments and pings are currently closed.