Rishi and Neetu Kapoor’s daughter Riddhima Kapoor Sahni may not get to plan her brother actor Ranbir’s shaadi very soon. But in a few months from now she will be busy with her brother-in-law’s wedding. Akshay Sahni, who is her husband Bharat’s younger brother is engaged to one of Pune’s most eligible singles- Aditi Kirloskar, the daughter of industrialists Atul and Aarti Kirloskar. The engagement was a low-key affair at the Kirloskar residence in Ganeshkhind Road, Pune last month. While the families have not announced the date yet we hear its most likely at a Palace Hotel in Rajasthan in November this year. 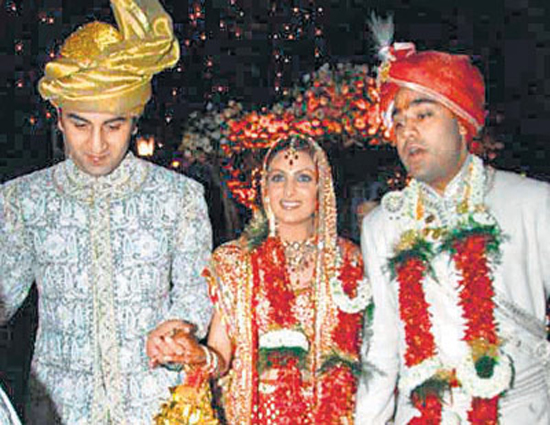 Riddhima and Bharat with Ranbir Kapoor

Akshay, like his brother Bharat is an alumnus of Modern School, Vasant Vihar after which he went on to pursue his higher studies at the University of Southern California. He now works in the family business of textiles. Aditi, a graduate from Northeastern University is known to be extremely media shy and a private person with a passion for creative endeavors- she is involved in the family business and dabbles in exquisite home design and decor. 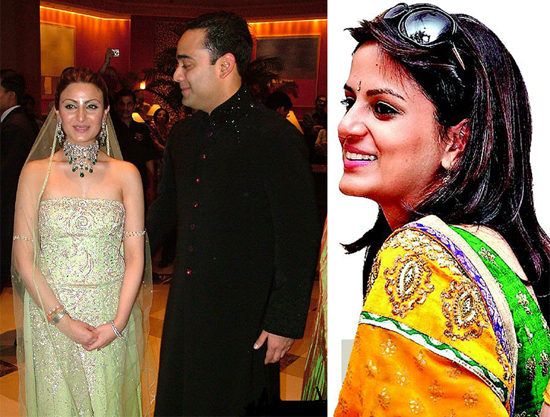 This entry was posted on Monday, March 11th, 2013 at 10:07:43 am and is filed under Celebrity News. You can follow any responses to this entry through the RSS 2.0 feed. Both comments and pings are currently closed.