What will you be doing on the day of the Royal Wedding?

On April 29, 2011 an estimated 2 billion people will watch Katherine Middleton exchange vows with the future King of England, at the grand Westminster Abbey. While UK has declared the day of the wedding a public holiday, restaurants and hotels in New York are setting up special spaces for Royal family fans to watch the celebrations. WeddingSutra spoke to Fashionistas and Event Specialists on their plans for April 29th and what they’re looking forward to watching. 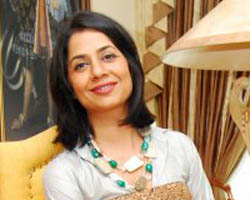 As a little girl, I was quite fascinated by Lady Diana. Now when I see Kate, I can’t help but draw comparisons between the two. I’m sure Kate is stressed, but I really admire her confidence and style.

I may have some important work on April 29th, but I’m trying my best to reschedule it, so I can watch the wedding live. I’m very curious to know what Kate will wear, and my guess is that she won’t choose a traditional or classic gown by an established designer, but a dress with a modern twist, by a newer designer. 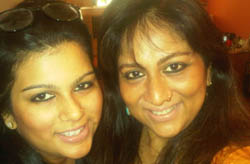 We’ve been reading a lot about the wedding, and since we’re both into events, we usually discuss the ‘how will it get executed’ bit. When we’re watching television for long we enjoy drinking hot coffee and munching popcorn!

Says Shaan: “I’m not just looking forward to seeing the clothes, the cake, and the lovely couple, but the decor at the venues and how the bride will make her grand entry. And of course it’s heartening to see the way the locals celebrate.” 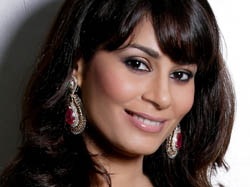 As an accessories designer, I typically notice the jewels first, and the dress next, but here I’m looking forward to seeing her dress. On Twitter there’s been a lot of speculation on whose designing her dress—earlier it was reported the designer is Sarah Burton of Alexander Mc Queen or Vivienne Westwood, but the latest buzz is that Kate might have chosen Sophie Cranston, a young designer. I’ll be at home on April 29th, and atleast till the moment I see her dress, I won’t step out.

Nipunika Singh, Wedding Planner, Bangkok
“The walk down the aisle, and the much-awaited royal kiss” 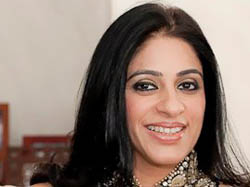 As a wedding planner I’m always very interested in knowing what goes into conceptualizing and executing every grand wedding. I’ve been following the Kate-William wedding, and now I’m really looking forward to watching it live on television. Kate’s ride on the glass carriage, her walk down the aisle and the much awaited royal kiss, can’t wait to see it all.

This entry was posted on Thursday, April 21st, 2011 at 9:59:41 am and is filed under Wedding Planning. You can follow any responses to this entry through the RSS 2.0 feed. Both comments and pings are currently closed.

Tags: Anita Roddam, Nipunika Singh, Shaan Khanna, Shaheen Abbas, Sharmilla Khanna, What will you be doing on the day of the Royal Wedding