With WeddingSutra on Location – The Raymond Shop @ Breach Candy 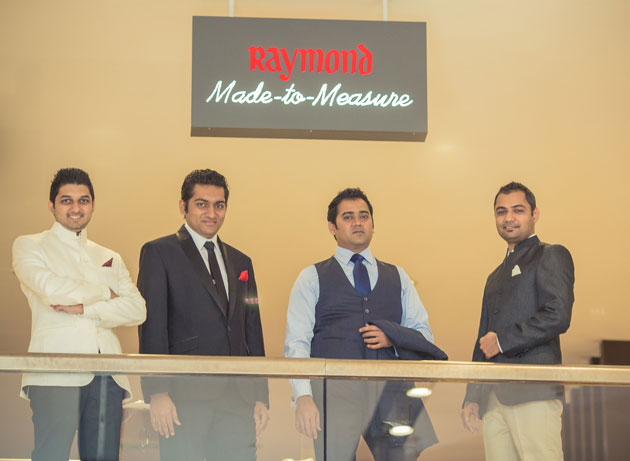 “Shopping was never my forte, but being at the Raymond flagship store, I found myself being spoiled by the ever helpful and patient staff, so were the three soon to be married men”, says Karan Motto about his experience there. From a range of options to select from, including blazers, waistcoats, bandh galas and full suits, the grooms made most of the opportunity and tried on the different options. 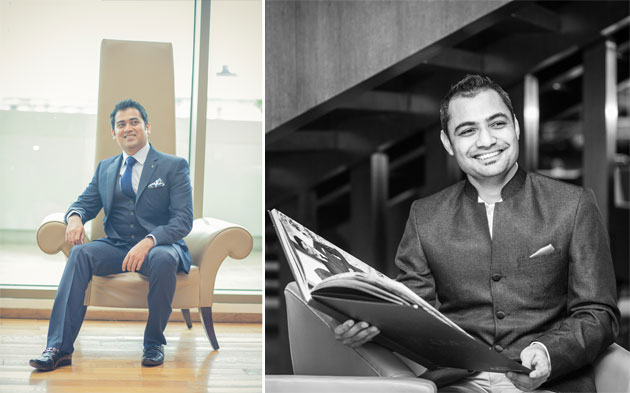 “In fact, seeing the number of options we had, I was quite confused as to what would look better, is it a black, brown or no I think gray is better, well it wasn’t easy”, says Harsh Munshaw, and Aniket Indulkar agreed.

After all the trials, Harsh Munshaw and Karan eventually chose sleek-looking bandh galas. Says Karan, “When I found the Bandhgala, the elegant Indian suit of the erstwhile royalty, it was perfection personified. The color, the fit was just right. I was recommended a beige trouser to go with it and after I tried it on, I was a happy man!” 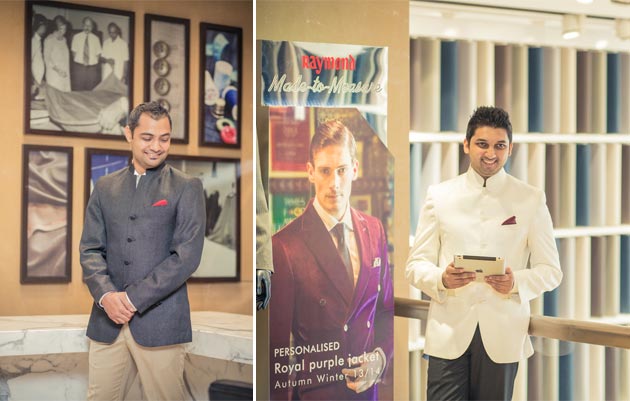 Aniket Indulkar and Harsh Parekh decided on a formal suit that would be apt for a Wedding Reception.

After they were dressed, Hairstylist Laksh Singh gave them that final touch of perfection with a classy and smart hairstyle.With their hair set, it was time for the photo shoot with Fashion & Wedding Photographer Dev Purbiya. Dev broke the ice between the grooms and shared some tips to help them relax as he captured his candid shots. Aniket admits, “His smile and encouraging words made us feel comfortable and we never realized that posing for the camera could be so much fun.”

Now that the grooms were at ease, they began to share some good laughs discussing their wedding plans. Harsh Parekh says: “while Dev worked his magic, we the soon-to-be married men chuckled that we’re lucky to get a practice session before our big day.” 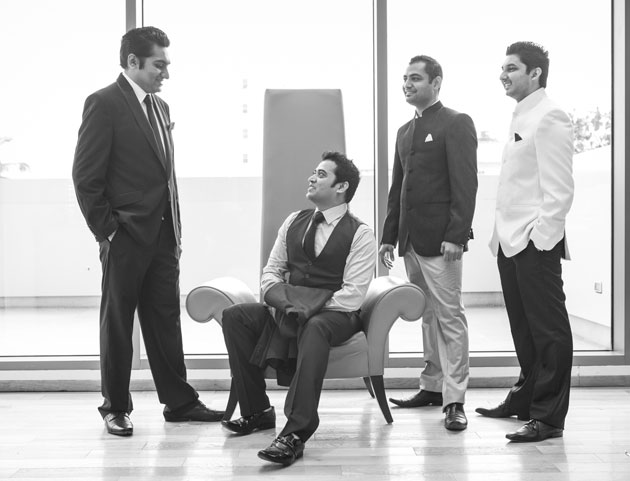 If you’re getting married in 2014 and would like to be a part of ‘WeddingSutra on Location’ write to us (weddingsutra@gmail.com) with your name, link to your FB profile and wedding date. Selected lucky winners get a complete ‘Wardrobe Consultation’ on how to pick the wedding outfit complimentary to your body type & personality, and experience the look you prefer with a trial styling and photo shoot in the stylized look. Location and Date – To be decided (City – Mumbai).

This entry was posted on Tuesday, February 25th, 2014 at 7:11:25 am and is filed under All About Grooms, WeddingSutra on Location. You can follow any responses to this entry through the RSS 2.0 feed. Both comments and pings are currently closed.