An accidental meeting at the airport while flying for a mutual friend’s wedding marked the start of Krishma and Dhiraj’s love story! Having decided to take their relationship to the next level, Dhiraj planned a splendid surprise proposal for Krishma in the snowy locales of Seoul in South Korea. Krishma shares some highlights of the romantic occasion here. 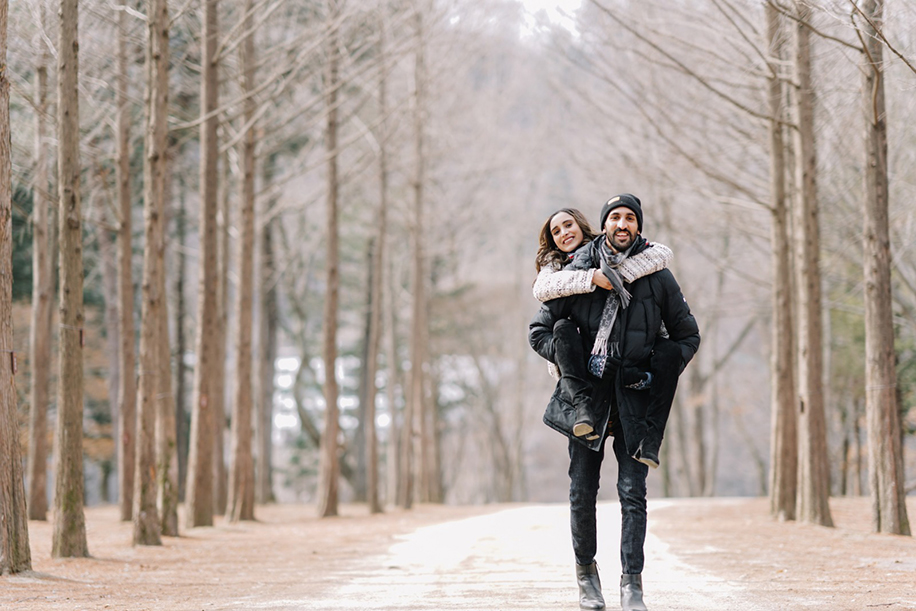 “Dhiraj and I met in Kota Kinabalu, on the Malaysian island of Borneo, at a mutual friend’s wedding. While I had come from Sydney, Dhiraj had flown in from Singapore after being in the US for several years. We met at the airport while on the way to the wedding. I thought he was really cute, and instantly developed a crush on him! We didn’t really speak properly until one of the evening functions where we somehow landed up on the same table and started talking about our mutual love of food. To our surprise, we discovered that we also have the exact same birthday – only three years apart! On the last night of the wedding, we found ourselves dancing together and ended up staying awake long enough to see the sunrise. At the end of the trip, it was sad to say bye to each other, but we did exchange numbers – and the rest, as they say, is history!” 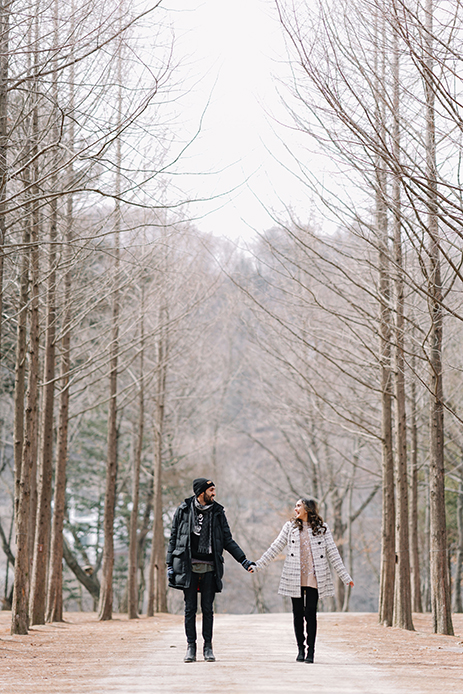 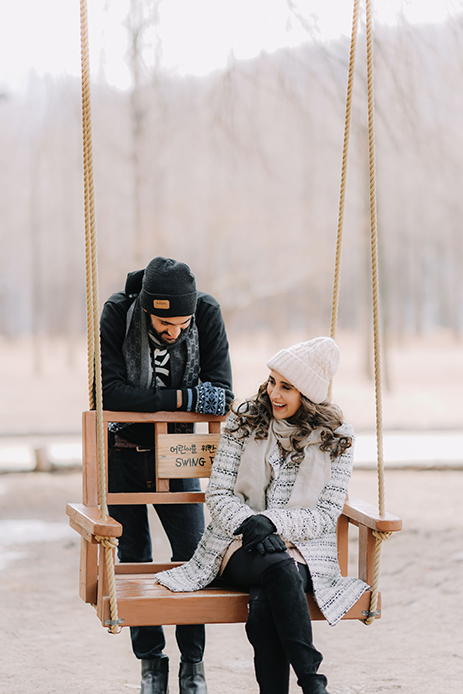 “I was living in Singapore at the time of our proposal and had been there for over three years. I had just accepted a job back in my hometown of Sydney, and was around a month or so away from relocating to Australia. We had spent the last few years traveling the world together and had taken over 15 trips already! One of the last places on our bucket list was Seoul in South Korea. We decided that it would be an awesome time to visit this place during winter as there was a chance we would get to play in the snow.”

“For years, I had wanted to do a couple’s photoshoot overseas because I love to make scrapbooks and travel diaries, but Dhiraj, on the other hand, had always refused. But this time, surprisingly, he suggested that we could do a travel photoshoot since it was our last trip together before I returned back to Sydney. In the middle of our trip, we had planned to take a few pictures on a stunning island called Nami, the place where all the Korean dramas are filmed! We met our photographer through a service called Frame A Trip. We had been taking fun photos on the island together for around an hour or so and Dhiraj suddenly stepped away to go and get an extra jumper from his backpack. It seemed pretty fair because the temperature was minus 15 degrees and we were both freezing. When he came back, he just took my hand in his and we began walking.”

“I asked if the photographer was done taking photos at that spot because I was cold and wanted to warm up with a hot chocolate, but Dhiraj jokingly said that the photographer wanted more photos because the light was nice. The next thing I know was that I turned to see the love of my life kneeling before me on one knee with a stunning ring, asking me to be his wife! I can’t remember what either of us said but I remember feeling so much love and joy all around me!” 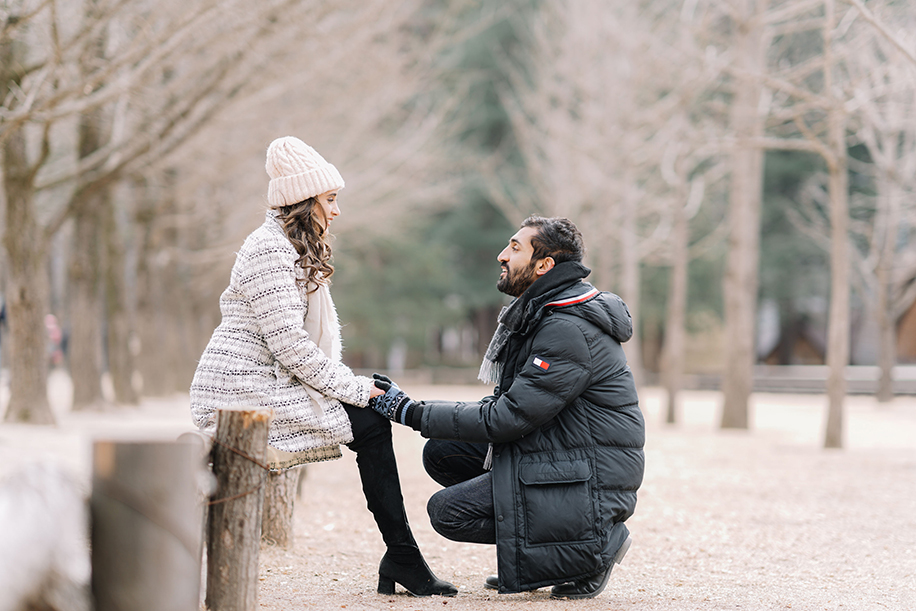 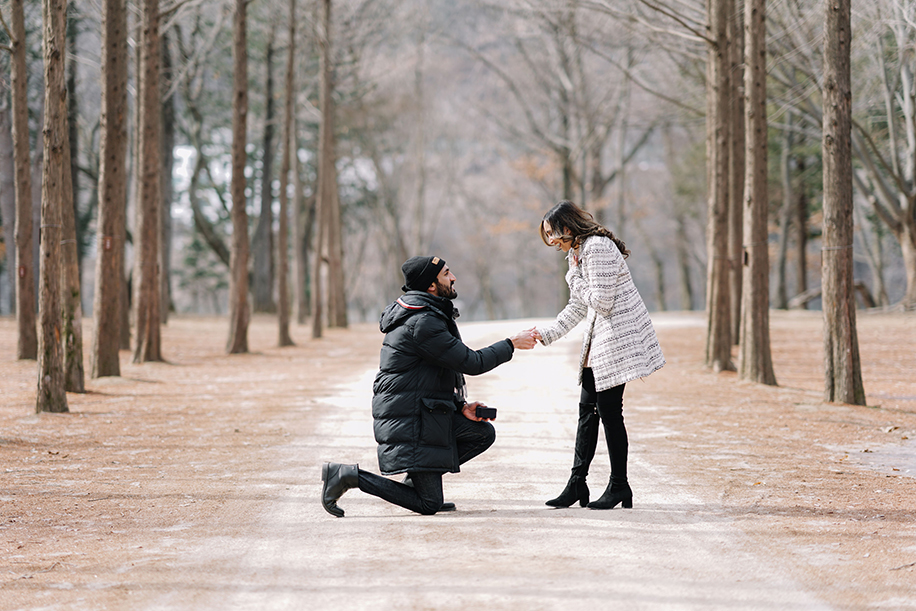 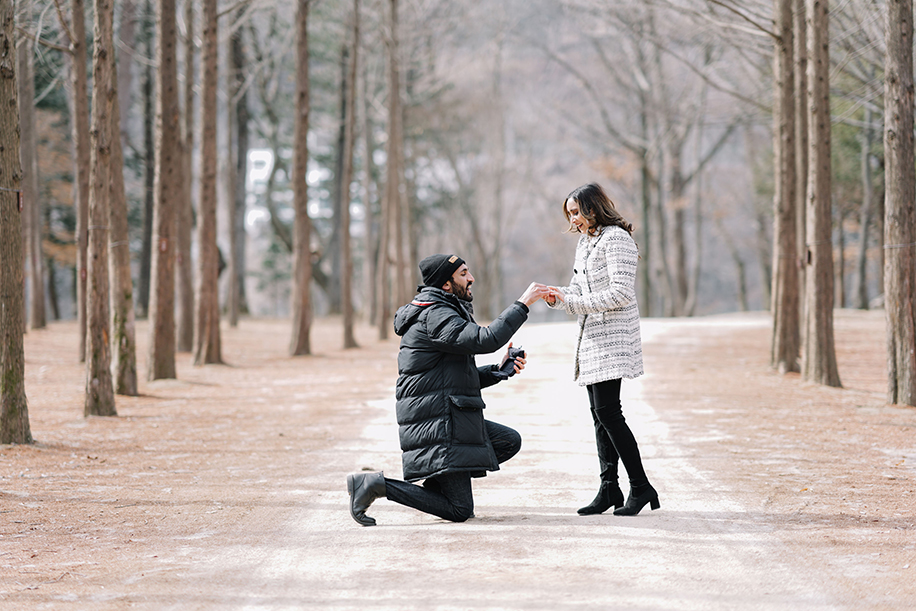 “The day ended with us finishing the photoshoot and heading off for a lovely romantic dinner back in Seoul city, where he had organized surprise roses for me! Truly, I feel blessed to have such a thoughtful life-partner who managed to pull off the most amazing proposal while on a holiday, keeping me clueless the entire time! It truly was a huge surprise.”

“The ring with which Dhiraj proposed to me was a beautifully customized ring designed by one of his best friends. It will forever stay special to me.” 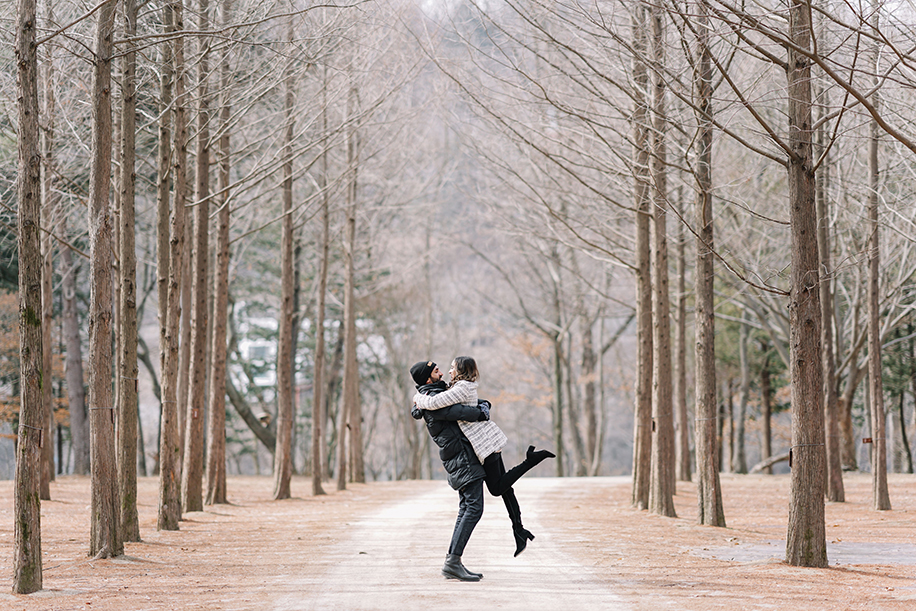 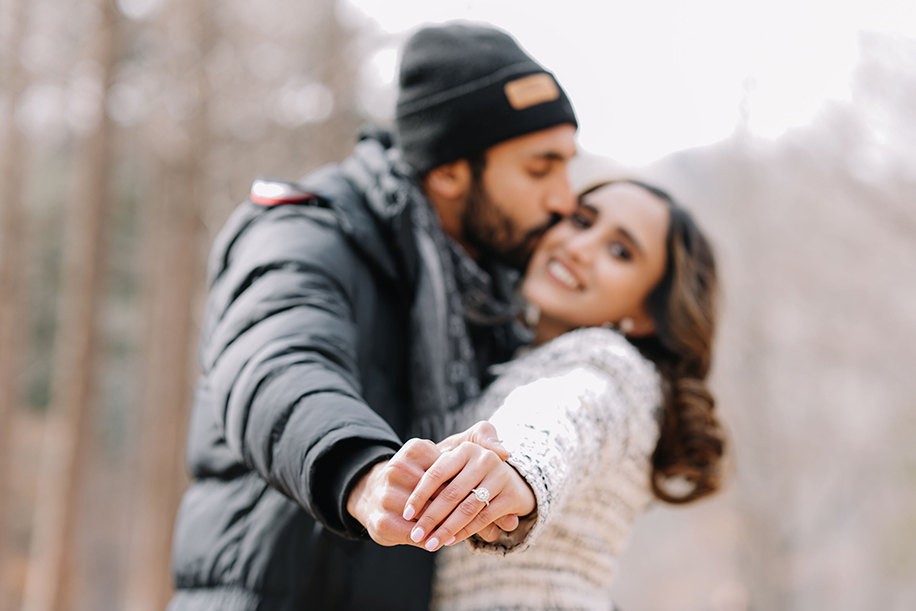 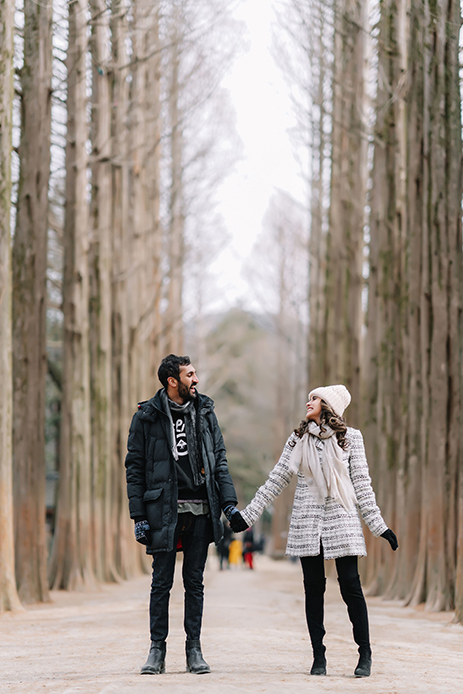 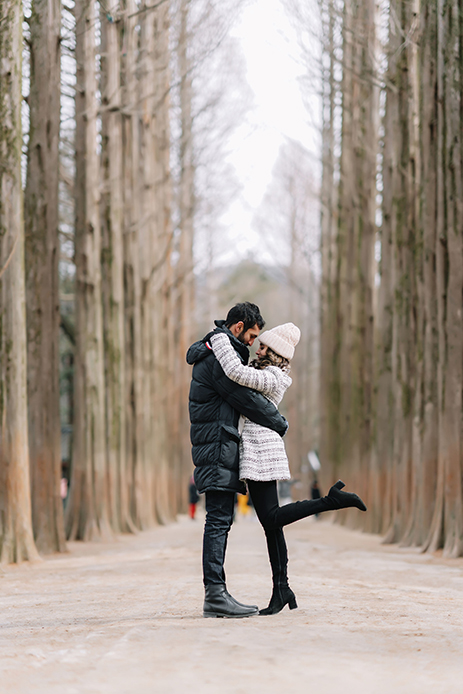 Photography: bongky.capture for Frame A Trip

This entry was posted on Friday, October 11th, 2019 at 12:27:59 pm and is filed under Pre Wedding Photoshoots, Wedding Proposals. You can follow any responses to this entry through the RSS 2.0 feed. Both comments and pings are currently closed.