Even if you’re nowhere near tying the knot, you would be lying if you said you’ve never once imagined how or when your future partner would pop the question. Proposal stories are always special, no matter what. It’s a life-changing moment you’ll cherish for years. Arpitha and Aman’s proposal is one of the most swoon-worthy proposal stories you will have come across recently! Here, the excited bride-to-be shares how it all unfolded.

How We Met
“We have the perfect ‘2 States’ story as Aman is a Punjabi from New Delhi, and I’m a Gowda from Bangalore. My mom cannot even speak Hindi or English, but Aman won everybody’s hearts in my family. In 2012, we had our first date on Zuma Beach in Malibu, US.”

The Proposal
“I woke up on the morning of June 9th and saw five chits with instructions and a white dress waiting for me. I booked a salon appointment to get myself groomed. The anticipation of what was going to happen left me too anxious even to eat. I had no inkling of where I was being taken to when a car came to pick me up in the afternoon. At the airport, I figured I was flying to Burbank Airport in Los Angeles.” 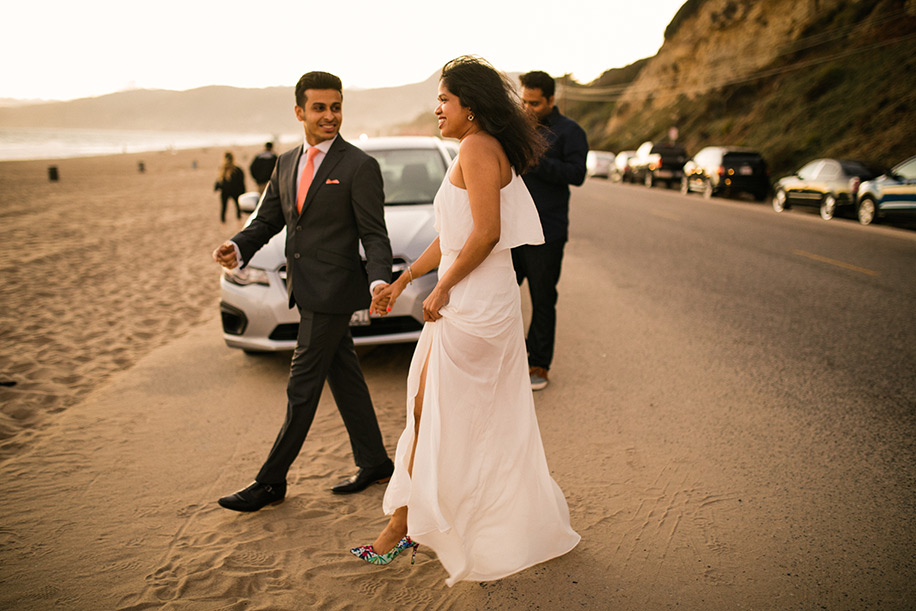 “When I was dressing up as per Aman’s ‘instructions’ in the chartered flight that he had booked for me, this old lady stared at me from across the aisle and said, ‘You know he’s giving you a ring, right?’ I replied, ‘No, he told me we would get to spend some time with me around my birthday, and he’s being all dramatic about it.’ She said, ‘Okay dear, you look like an angel in that white dress and I hope you have a wonderful birthday.'”

“I was still in denial and thought about Aman’s intent. I didn’t think either of our parents would be comfortable with such a proposal! I was waiting in my long white dress outside the Burbank Airport when a black limousine stopped in front of me. I called my mom immediately and told her what was happening. She seemed calm which was opposite of what I had expected and pretended that she did not know anything! Aman had taken care of everything and everyone. I braced myself for the moment – I mean, how hard could it be? I would just have to say ‘Yes.’ I could hardly think of grabbing anything to eat/ drink in the limousine.” 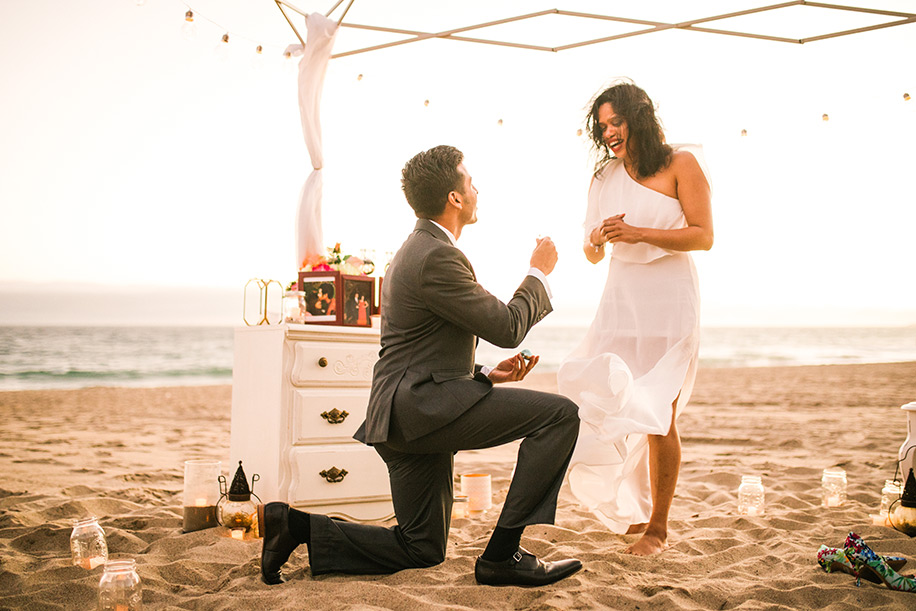 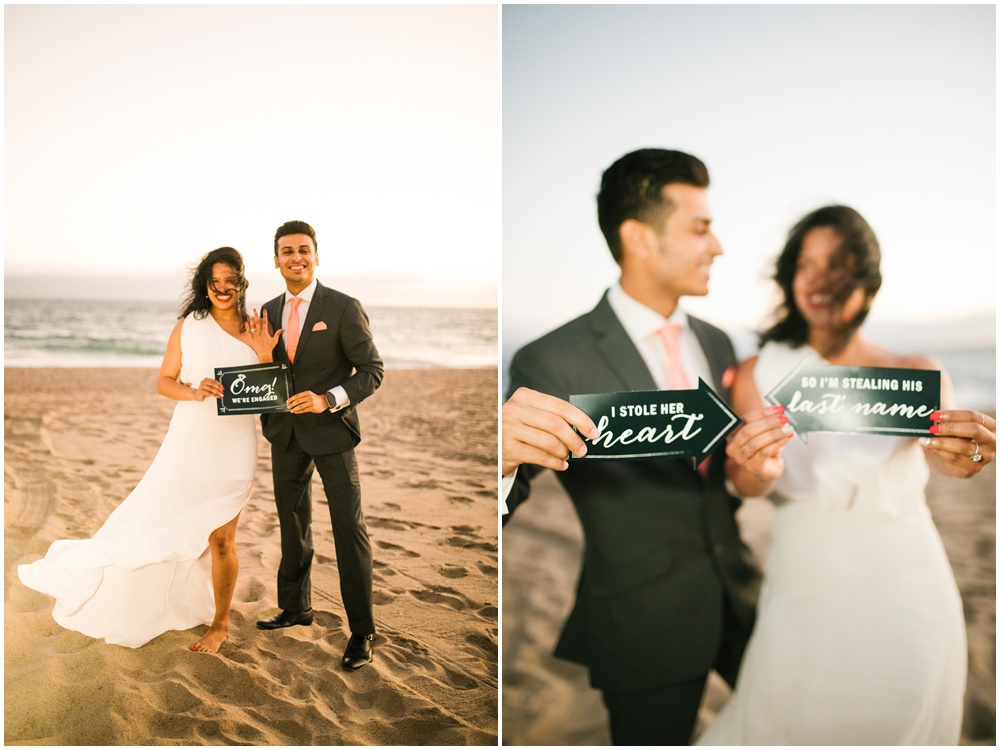 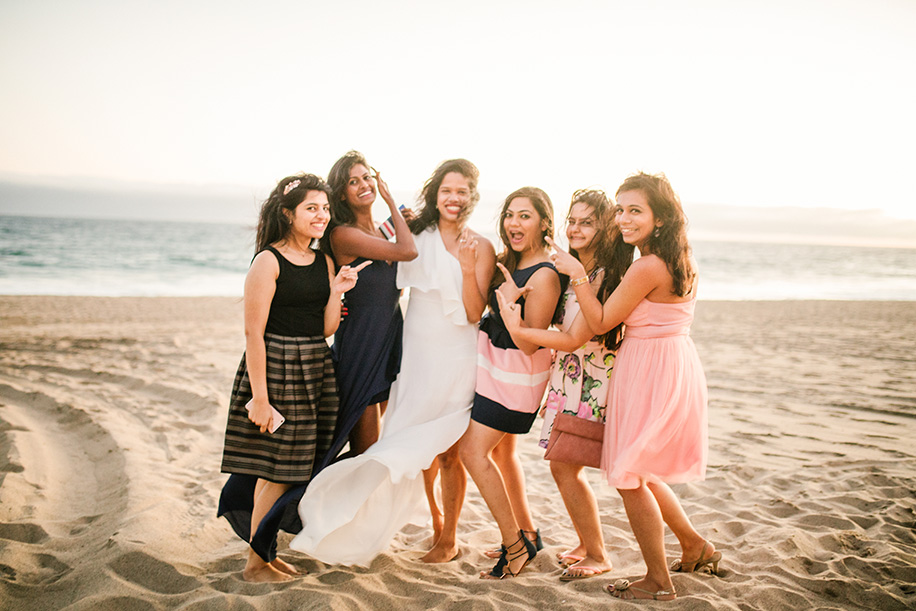 “I closed my eyes, and the next time I opened them, I saw Aman walking on my favorite beach. It was close to twilight. I grew teary looking at the same boy who had held my hands all those years ago. Now, he was a man in a grey suit, waiting to receive me. I cried at the sight of him and the people that meant the world to me. I don’t know if he ever knew this, but I didn’t need a big fat diamond ring. I already had something more precious than that. My parents and family love Aman, my friends adore him, and I treasure him more than he could ever imagine.” 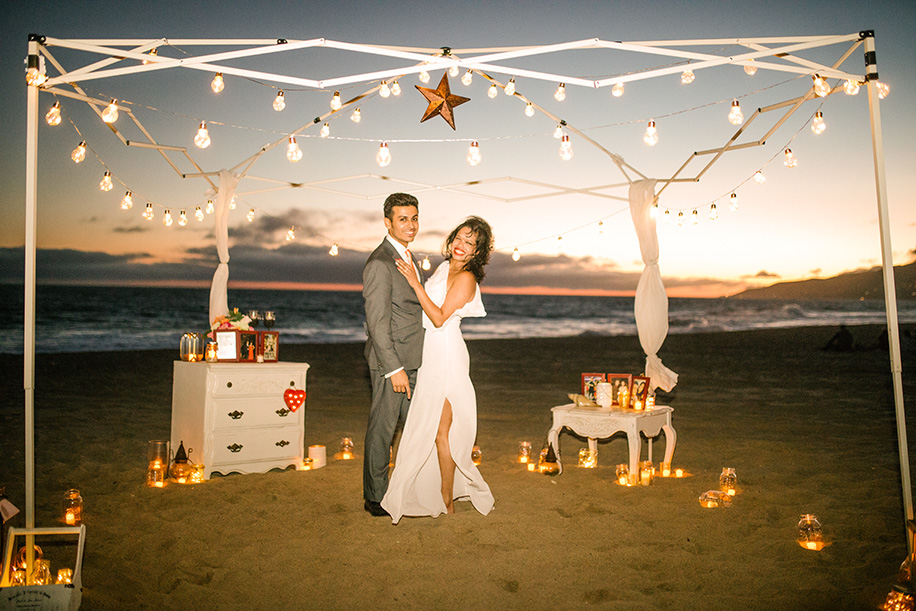 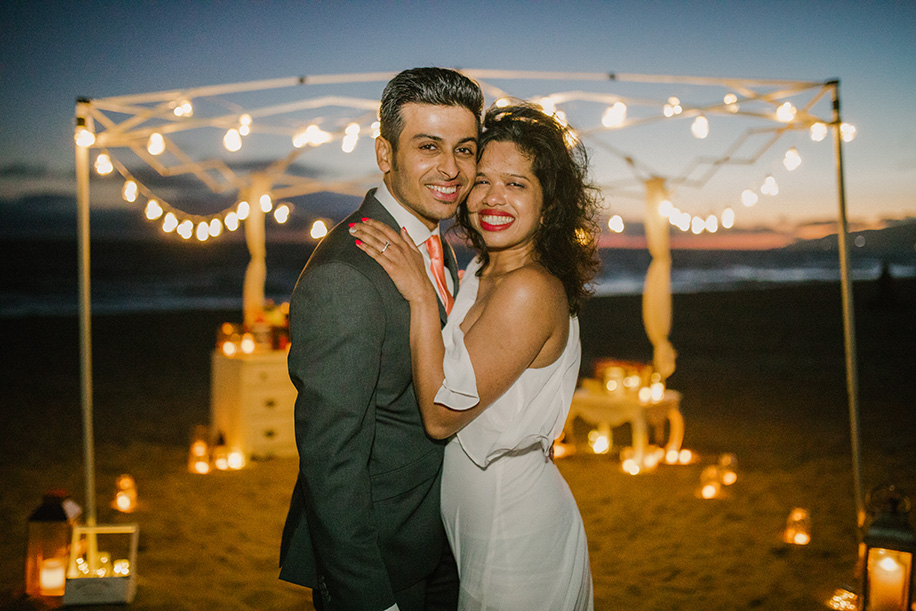 This entry was posted on Thursday, March 1st, 2018 at 9:55:57 am and is filed under Wedding Proposals. You can follow any responses to this entry through the RSS 2.0 feed. Both comments and pings are currently closed.