A Proposal Under The Stars at Madinat Jumeirah Resort, Dubai

If you’ve always believed a wedding proposal needs to be a grand, sweeping gesture of romance, you’ll know Chetan’s proposal at the Madinat Jumeirah Resort sets the bar pretty high.

It helps that the resort is a true-to-history recreation of ancient Arabia and it perfectly captures the region’s natural beauty. Against these striking backdrops, the couple (who cannot agree about how they first met) look very much in love and ecstatic at what is to come.

The bride-to-be shares with us her memories of that day.

Now that’s the million-dollar question! Che and I have such different versions of this story.

He claims we met at our friends Roka in February 2016. His is exact words are “I saw you. You were eating a giant bowl of spaghetti and I knew you were the one.” I am certain that this didn’t happen! My first real memory of us is from the same friend’s wedding in Switzerland in September that year. The groom is his best friend, and the bride is mine. They always thought we’d hit it off – and they were right.

He took me on our first date a month later in Delhi and then flew to Dubai to be with me for Christmas. There is never a dull moment with him. He’s the best guy I know and it is easily the best decision of my life.

Che and I have been in a long distance relationship for a year and a half. He lives in Hong Kong and I in Dubai. At the time he proposed, we hadn’t seen each other in over a month. Both of our birthdays are in July so we’d been going back and forth on the idea of him coming to celebrate in Dubai with me. For weeks he claimed he had given his passport for renewal and hadn’t gotten it back yet, so as the days went on, I grew weary. It seemed like there was no way he was going to be able to make it.

Then on July 11th – a day before my birthday, he surprised me. I was out when he showed up at the same place. I turned around and he was standing behind me with a birthday cake. I literally looked like I’d seen a ghost! We celebrated all weekend long with friends and by Saturday, he was eager to have a romantic date night as we hadn’t really had any alone time.

Date nights are really important to us so I spent extra time getting dolled up and we headed out to Madinat Jumeirah Resort. He planned for us to go on an abra ride before dinner. When we got to the abra station, there was a boat covered in flowers and he told me to hop on. I remember telling him, “Che, this can’t be our boat, I think we should take another one”. He assured me that it was fine and even pointed to a gentleman already seated on the boat.

We got on and I noticed that the man had a professional camera and was taking pictures of the architecture. I asked him if he lived in Dubai and he said he was a travel photographer and was capturing content for his Instagram page. I thought nothing of it and turned around.

We cruised around for about 15 minutes and all of a sudden Che pretended to see something in the water. He got up and leaned over the boat. Before I knew what was going on, he had turned around and was on one knee. He said the most beautiful things about growing old together (which, of course, I didn’t register at all at the time. I’ve heard women say that they black out completely when they’re getting proposed to – ladies, it’s the truth.)

I remember bawling my eyes out and screaming “YES!”. People from the nearby restaurants saw what happened and started cheering so loud. I’ll never forget it. It was the most picturesque setting – a beautiful boat, bright blue waters and the Burj Al Arab in the skyline.

Oh, and do you remember that travel photographer I mentioned earlier? You’re right, Che hired him to capture every moment. We took pictures for an hour and made sure we had plenty of shots for Instagram. Ronald from Imprint Studio was magical with his work and we took full advantage of that!

Che thought of every detail and I have to admit, the boy did well. 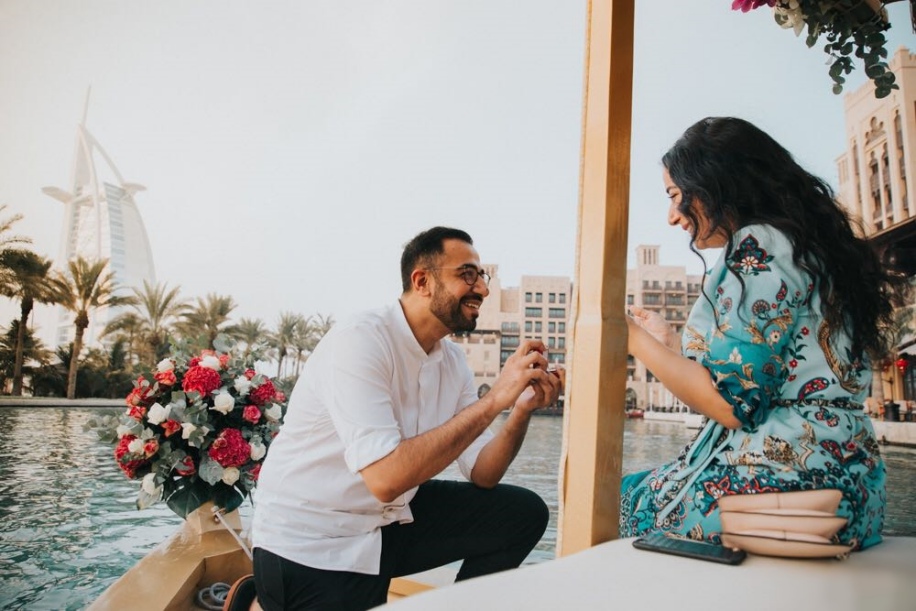 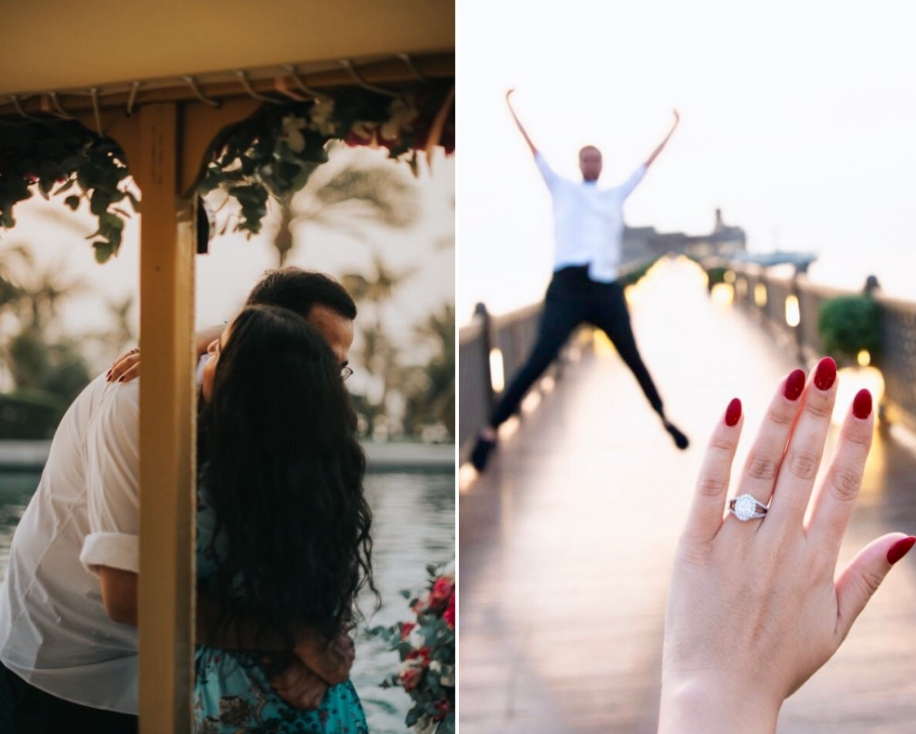 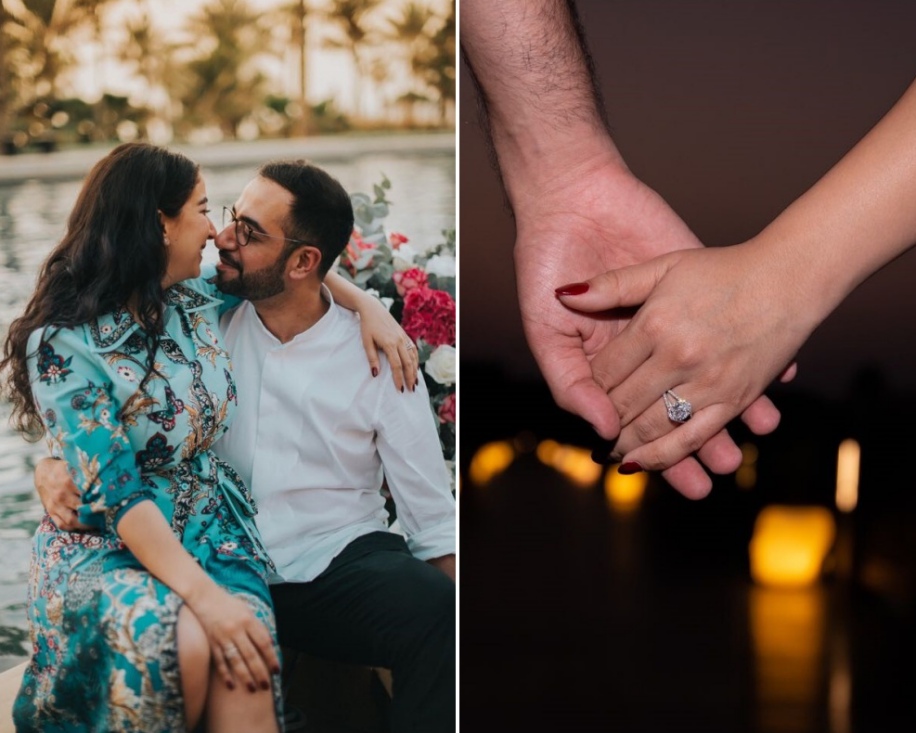 This entry was posted on Tuesday, September 18th, 2018 at 1:31:10 pm and is filed under Wedding Proposals. You can follow any responses to this entry through the RSS 2.0 feed. Both comments and pings are currently closed.