Raag first saw Isha at a dance practice session. Therefore, when he decided to ask her to marry him, an ode to their initial meeting was fitting. He took a flight to Spain to crash her trip with her friends, danced to their special song in front of her favorite monument in the city that she likes the most in the world! Read more about this super sweet proposal here.

How We Met
“I saw Isha for the first time at a dance practice during our junior year dance class. She was wearing a red top. I remember asking my female friend who she was. She replied saying, “Raag, you have no chance.” Everyone who knew us thought we would be perfect for each other even before Isha and I had even met. That made me hopeful. A year passed before we became friends and started hanging out. I kept telling her friends that I had a crush on her and hoped the message would reach her. I was too shy to ask her out to the formal event at school. A few months later, I got the courage to tell her how I felt about her and the rest is history!”

Proposal
“I decided to propose to Isha when she was on a graduation trip to Spain with her best friends from dental school. I wanted the proposal to be the biggest surprise for her! I wanted it to be a moment where she would be overwhelmed with emotions and cry, while I would be the one smiling. The Spain trip provided me with the perfect opportunity to achieve this. I booked a ticket for Seville, Spain. I had discovered that it was her favorite place in the world a day before the proposal – which was another reason to love the place! On the big day, I asked her friends to bring her to Plaza de Espana which happened to be her favorite venue on that trip. As they made their way around the fountain, she heard our favorite song – ‘Ban Ja Rani’ by Guru Randhawa playing. She got excited and looked around to see where the music was coming from, and in front of her at a distance, I was dancing to it. She had absolutely no idea and couldn’t stop crying when she realized what was happening.”

“Before going down on one knee and popping the question, I surprised her with a scrapbook with all my favorite memories of us since we’ve been together. The last page was dedicated to the proposal, and she stuck a Polaroid picture from that day to complete the book. With that, we promised to spend the rest of our lives with each other.” 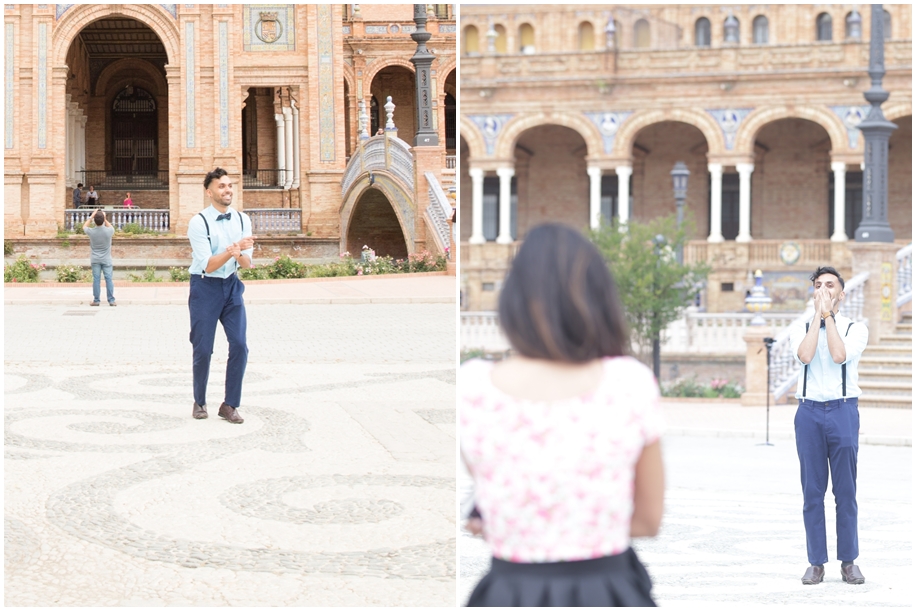 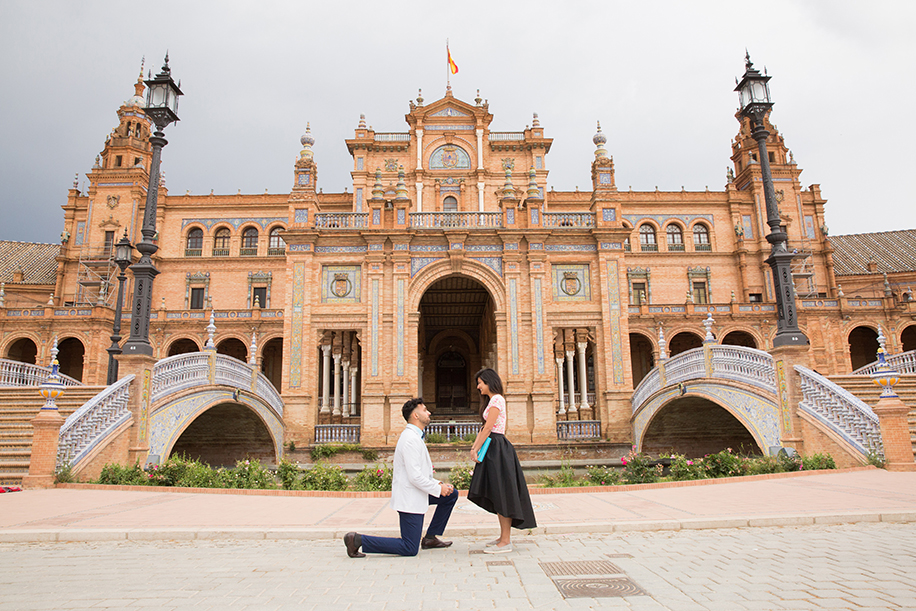 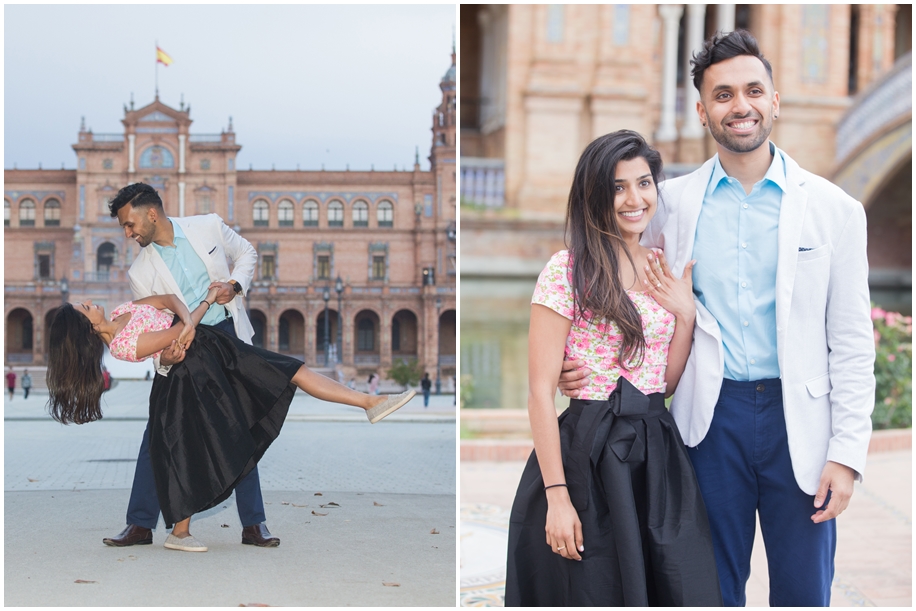 This entry was posted on Wednesday, July 25th, 2018 at 5:11:20 pm and is filed under Wedding Proposals. You can follow any responses to this entry through the RSS 2.0 feed. Both comments and pings are currently closed.