Surrounded by the raw beauty of the Spiti Valley, this couple’s shoot captured their globetrotting spirit

Long lost college friends, wedding photographer Gaurank and IT Engineer Priyanka felt the hands of fate molding their lives when they were brought face to face years later as marriage prospects. As students who were individually enjoying at their college festival, Gaurank would have never guessed that the pretty girl he clicked portraits of would end up being his soulmate. What started with a typical Maharashtrian style rendezvous with Kande-Pohe, soon led them to frequent meetings as they bonded over their love for traveling. Soon, while taking the plunge, they decided to commemorate their commitment with a post wedding shoot captured by WeddingSutra Favorite – Three Little Words to celebrate their shared wanderlust. 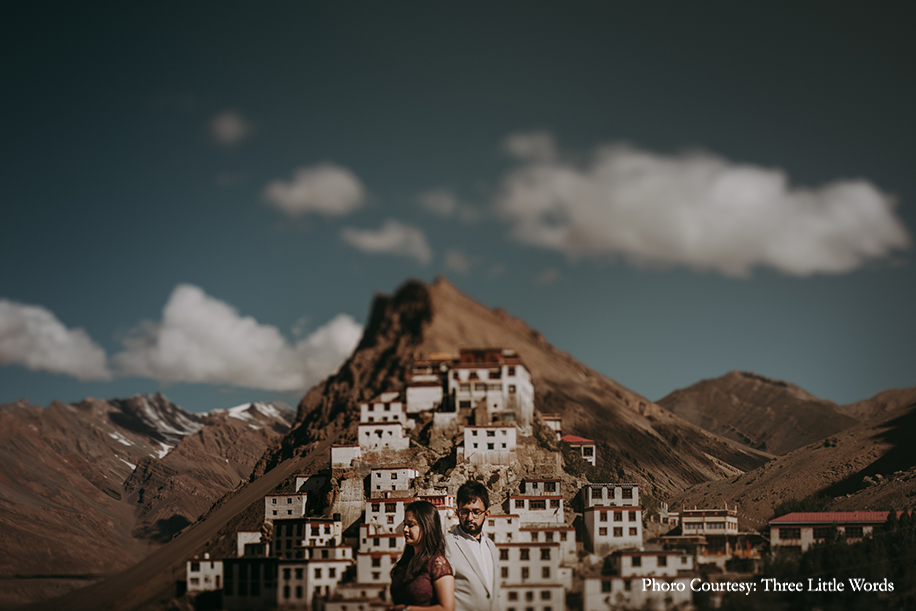 Talking about what went into planning their post-wedding shoot, Priyanka shares “A road trip to Spiti had been on our bucket list for a while, and when we discussed it with Ashish of Three Little Words, he came up with several wonderful ideas. Right away he had several locations in mind as well as very specific color palettes, based on which he even helped us with our wardrobe selection.”

As the video unfolds you see the couple traversing the undulating expanse of the beautiful Himalayan valley, experiencing the sights and gentle sounds of the place, the local people and of course their own love for one another. Talking about their experience, Gaurank shares, “Key monastery is the most beautiful place in the entire valley. So we started with an early morning shoot session to capture it in all its beauty. The next day we shot at Chandratal Lake, reaching which was an immense challenge in itself. Starting extremely early in the morning, we had to cover 3km during our hike amidst low oxygen levels and freezing temperatures, not to mention the camera equipment that had to be taken there safely. Priyanka was dressed in a gown, which added to the difficulty of the ordeal, but once we gazed upon the transcendent beauty of the lake, all our troubles vanished making the shoot extremely memorable.” 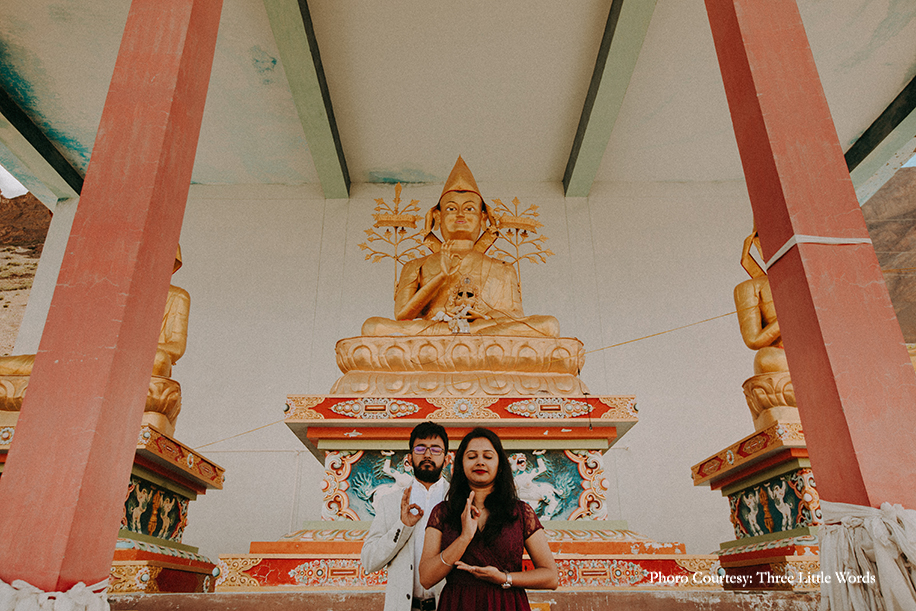 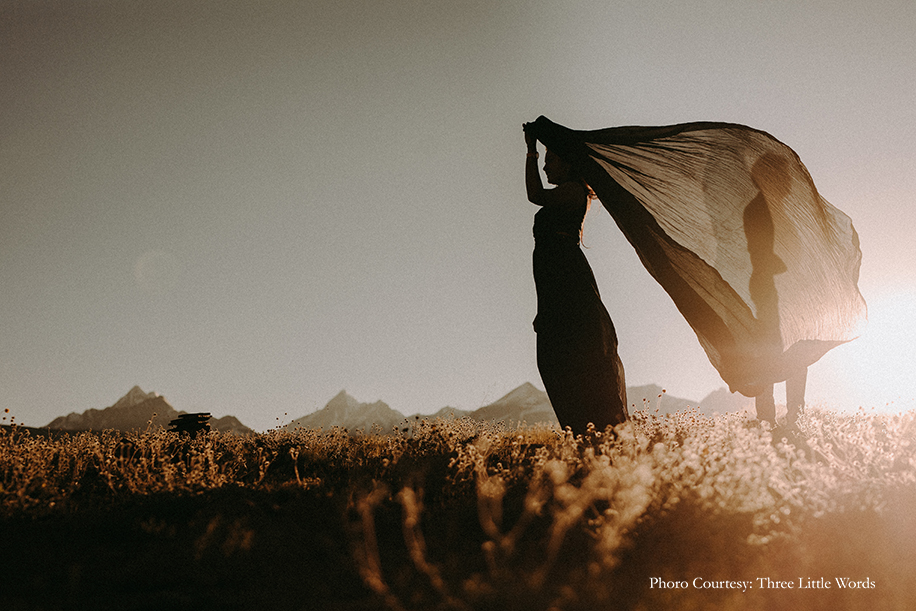 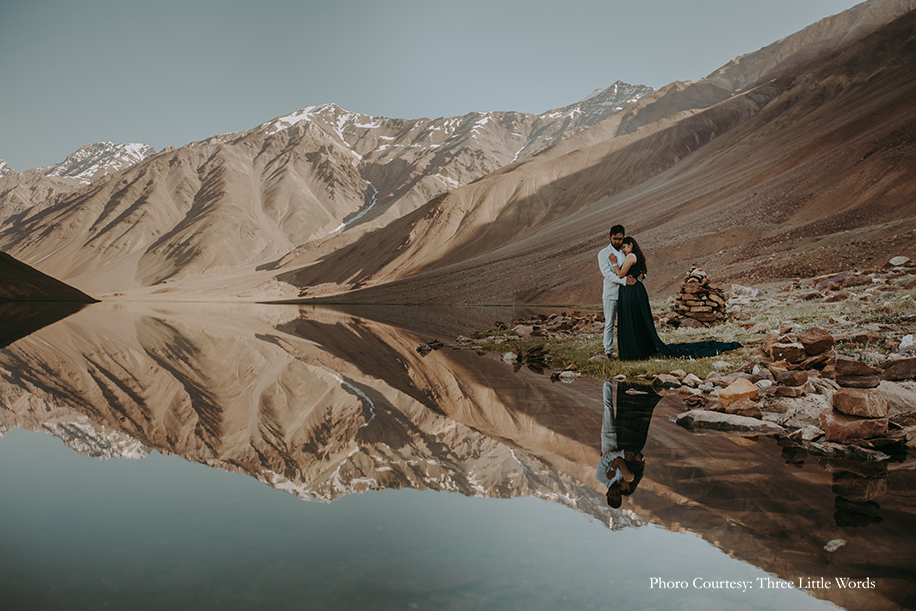 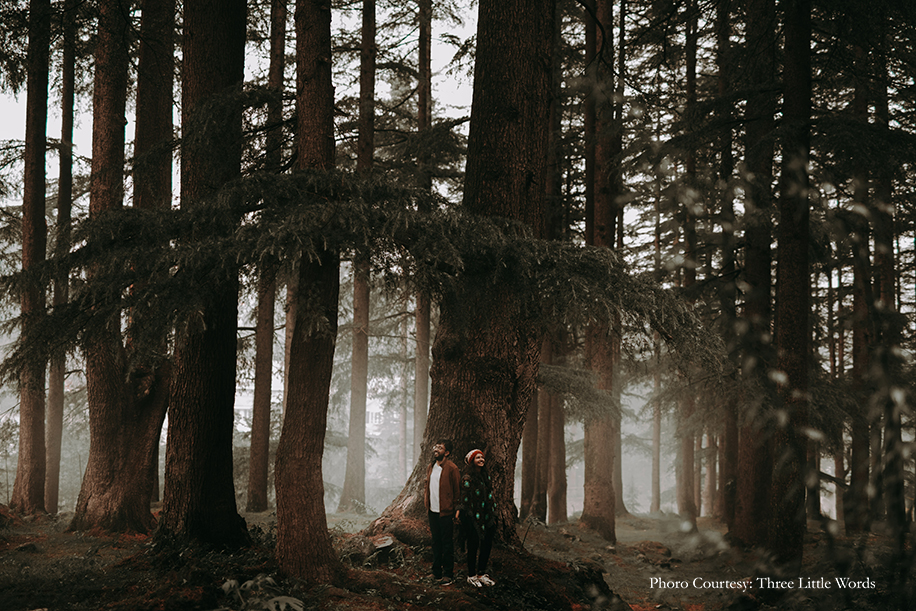 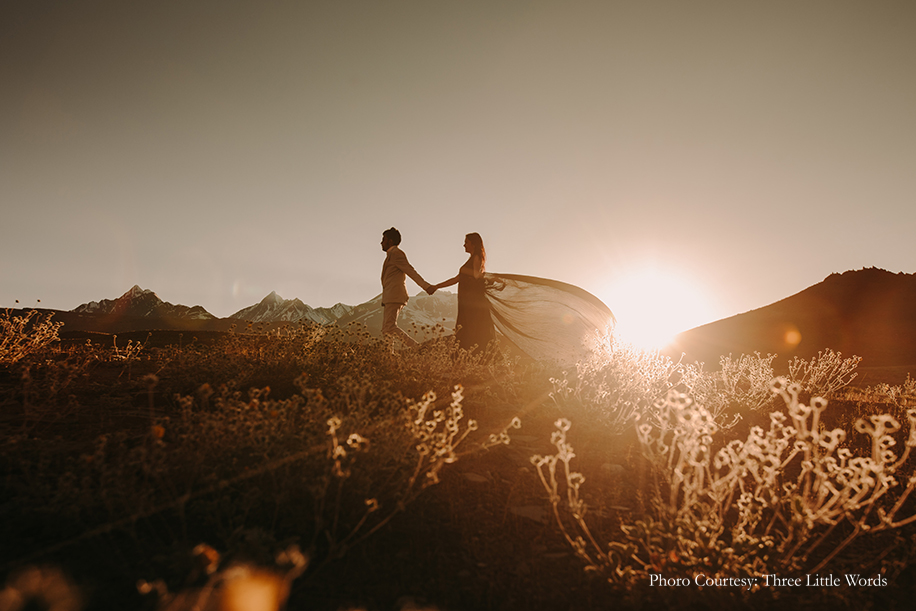 Talking about their experience shooting with Three Little Words, Gaurank shares, “Being a wedding photographer myself, the process of selecting a photographer for our wedding as well as this shoot was definitely tough. I had known Ashish and his work for a very long time and had always admired it. We appreciated that he worked on the whole idea from its conception, and not just the end result, always extending a helping hand at every point through the shoot, making it all the more memorable for us. Every single picture and shot captured his artistic genius.”

This entry was posted on Monday, May 11th, 2020 at 10:57:32 am and is filed under Wedding Photography & Films. You can follow any responses to this entry through the RSS 2.0 feed. Both comments and pings are currently closed.