Our initiative ‘Love Actually’ features engaged couples and captures beautiful moments between them. The series celebrates people in love as they start their lives together. Over a fabulous makeover and a photo shoot, we get these couples to share how they met, document the rare connection they have and talk about their day of love.

Organic. Effortless. Inevitable. Three powerful words to describe the essence of Aakanksha and Bhavesh’s relationship. They say love comes when you least expect it and bride-to-be Aakanksha’s story of how she met her soulmate is a testimony to that. “Like many Bollywood stories, we met at a wedding,” says Aakanksha laughing. Aakanksha’s cousin was getting married and his best friend was… Bhavesh! “The funny thing is that both I and Bhavesh were being set up with other people!” she remembers, “So that day we’d come to the festivities with just one goal – to enjoy the celebration with no particular interest in finding ‘someone.’” Somewhere between the wedding festivities, the two were introduced. Aakanksha says, “We kept bumping into each other throughout the wedding. I was pleasantly surprised at how easy it was to talk to him, like we had known each other all our lives. While we had a gala time, eating, talking and dancing the whole evening, what was truly endearing was the way he hit it off with my family as well.”

Just in case they didn’t get the hint the first time around, fate had them run into each other again at the airport. They were on the same flight and they traded numbers. Back home in Mumbai, though plunged into their respective lives, they couldn’t stop thinking about each other. Aakanksha recalls, “I was actually set up to meet with a marriage prospective, but I couldn’t get Bhavesh out of my head. Needless to say, my plans and intention to meet that guy got completely derailed. All I could think about was the charming guy I had met at the wedding. This was fate knocking on my door, and I had to answer!”

Trusting her instincts, she reached out to Bhavesh leading to a memorable first date at Starbucks, Santacruz which soon became their “spot.” They began to talk and meet often and quickly developed a deep friendship unlike any they had ever experienced before. They talked nineteen to the dozen, discovering new things about each other, and soon became each other’s confidante, sharing every moment, every news and every development of their respective lives with one another. Before they knew it, they were head over heels in love. Aakanksha was now waiting for the moment Bhavesh would take the lead in confessing his feelings. She often dolled up on the odd chance that that would be the day he’d say the words she’d been longing to hear.

Bhavesh soon caught on to her pattern, and planned instead to catch her off guard. He had fallen for her heart and soul, and all he wanted was for her to be her true self around him. So instead of an elaborate proclamation of love over a fancy dinner, he took her for a stroll to the seaside promenade at Carter Road and as she stood there clueless about his plans, he finally said those three little words. In that serendipitous moment, gazing into the eyes of the man who loved and cherished her for who she was, Aakansha knew she had found her partner for life.

Aakanksha smiles as she says, “From the day I met him, I felt like I could let my guard down. I felt comfortable talking to him about anything even though we had just met, and I am usually nervous around new people. He feels like a friend as much as a partner. Someone you can laugh with and share secrets with and talk to about nothing and everything. I am lucky to have found him. I like to think that our bond is as strong as platinum – it will endure for decades.”

Bhavesh can’t take his eyes off her as he says, “The unquestionable chemistry we felt the day we met evolved over time into a relationship that I feel secure in. I’ve never felt the need to impress her and always knew that even the silliest of my actions would not make me any less attractive in her eyes. Our conversations with each other are easy and the words just flow naturally between us. She is also the most empathetic person I know and senses my troubles without me having to say a single word. How often does one come across something that feels this peaceful and right! To celebrate this exceptional find there could be nothing better than rings crafted using one of the rarest precious metals. So, we decided to seal our relationship by exchanging Platinum Love Bands.” 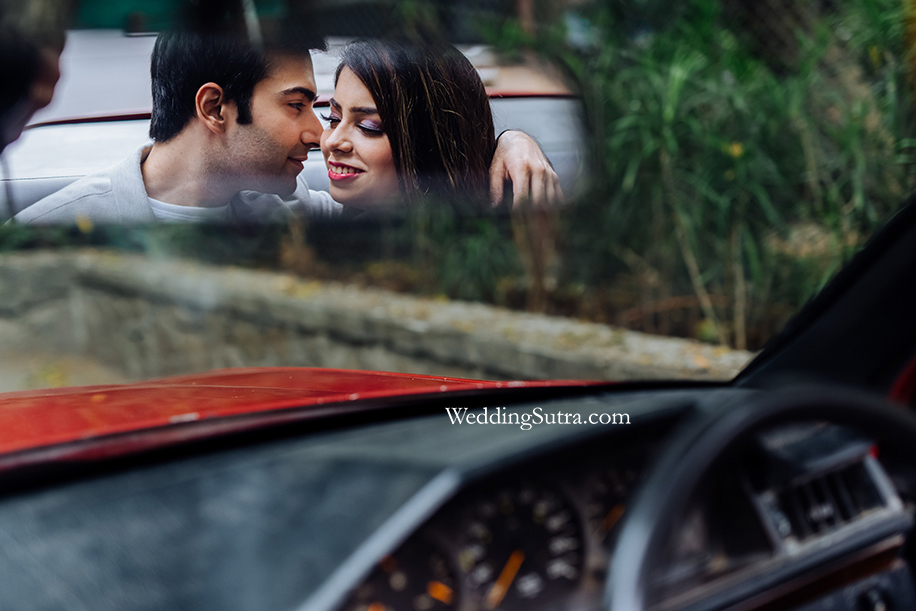 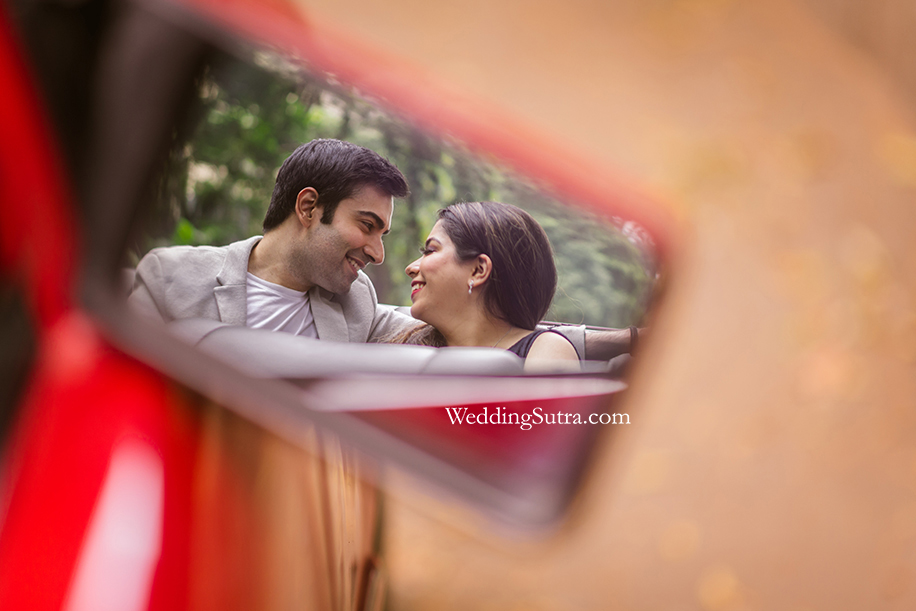 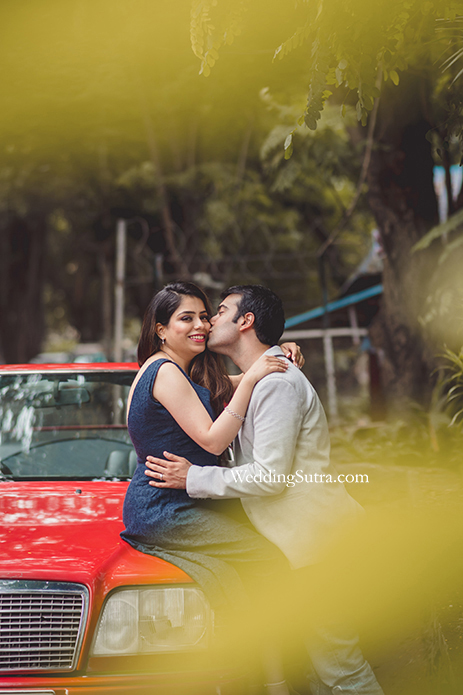 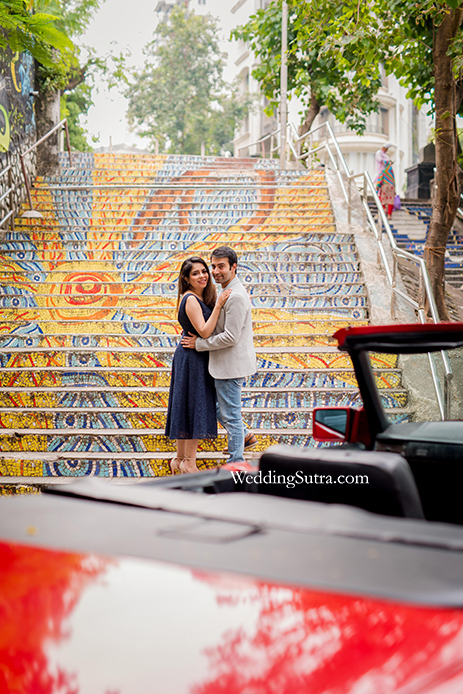 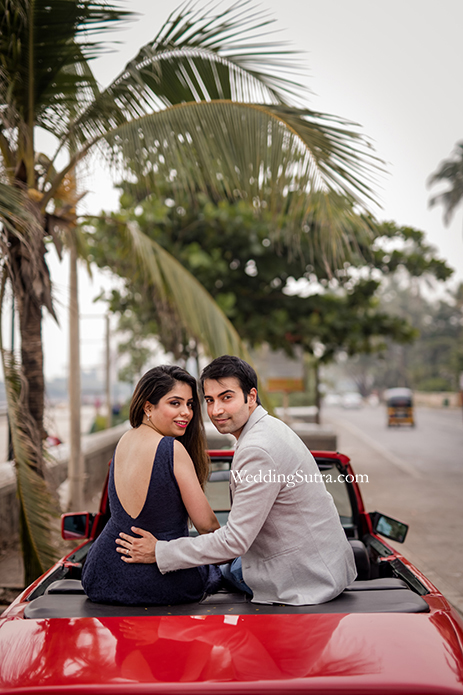 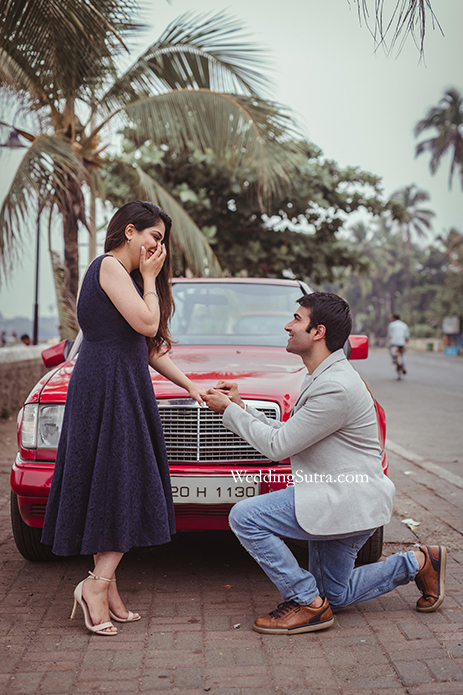 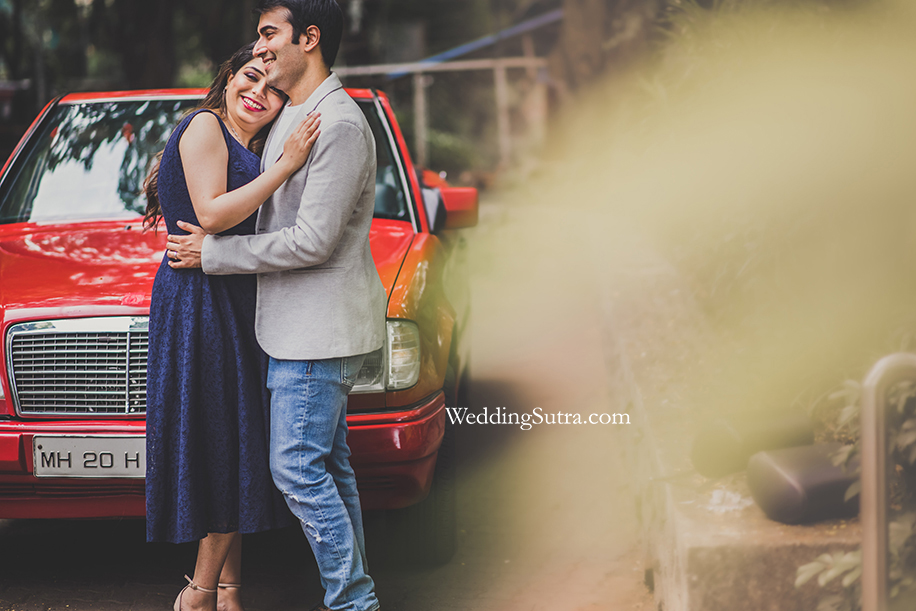 After a year and a half of sharing their joys and sorrows, long drives and Bollywood track sing-a-longs, they knew it was time to take their relationship to the next level.

When choosing their wedding rings, Aakanksha says, “We want them to capture what we truly mean to each other. Our love was borne out of comfort and a deep connection we felt from the moment we laid eyes on each other. In a world of over 7 billion people, we are incredibly fortunate to have found our soulmate, and nothing captures the essence of our relationship better than Platinum love bands. So rare, these works of art are the perfect representation of the enduring bond we share, and we cannot imagine a better symbol of our love.”

Aakanksha and Bhavesh celebrated their platinum day of love cruising the streets of Bandra in a vintage Mercedes, where they had professed their love to each other for the first time. Exquisite jewellery from Popley and Sons added to the splendor of the occasion, while Richa Thakker gave Aakanksha a glamorous yet demure makeover. 35mm Candids captured their bond in gorgeous frames the two will cherish forever. 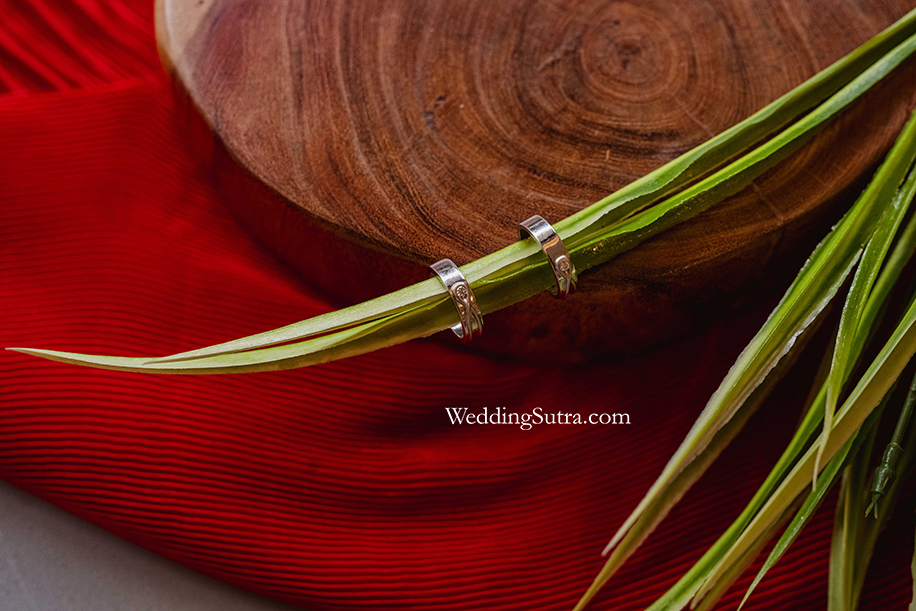 This entry was posted on Friday, November 8th, 2019 at 5:20:09 pm and is filed under Love Actually, Pre Wedding Photoshoots. You can follow any responses to this entry through the RSS 2.0 feed. Both comments and pings are currently closed.