On the streets of Mumbai, the city of dreams, Dolly and Dharmit spent their college days imagining a life together. Now, ready to tie to the knot, they decided to revisit some of the spots that encouraged their romance on their Platinum Day of Love. Say Cheeze Photography reimagined their story with a series of photographs.

A friendship forged while studying engineering grew into a romantic relationship. Dolly says, “It was a month after sessions had started in college and I was only able to get admission because a student from Dharmit’s class had left and there was one seat vacant. It was pure luck.”

As their bond became stronger, everyone around them could see that they were meant for each other. “We would spend so much time together and talk into the wee hours of the morning. Our friends were the first ones to suggest that we date each other, and while we did brush it off initially, eventually we realized that nothing made us happier than being with each other. We decided to give it a shot and it all worked out for the best,” she says.

While romance is made of amorous words and gestures, real love comes from deep understanding, mutual respect and a set of resonant values and ideas. It helps when the other goes the extra mile to understand the families as well. Dolly explains, “I’m Hindu, Dharmit is Jain. I’m not religious but there are occasions when I’m expected to go to the temple and take part in religious rituals. He didn’t know anything about the practices followed by my side of the family. Yet, he took the effort to learn the customs, much before marriage was on the cards. He has always taken the initiative of going to the temple on occasions that mean something to my loved ones and taken me along with him as well to his.”

Dolly firmly believes that the love that she and Dharmit share is truly one-of-a-kind. She recounts the time when Dharmit’s resilience ensured that their bond survived the geographic distance. “For about two years I was in Hyderabad and when I came back I was not in the best frame of mind. I told him that I wasn’t sure if I loved him anymore. He could have created a fuss about that and could have decided to leave. However, he stuck around and kept doing things to make me feel special. He was more understanding than I could have ever imagined anyone to be and because of this we only came out stronger than ever,” Dolly says.

Dolly and Dharmit have always planned to have Platinum bands. She says, “We have always wanted to exchange Platinum Love Bands with our names engraved on them. Not only is it a universal symbol of love, but it is also something that defines our relationship – rare, strong and invaluable.” 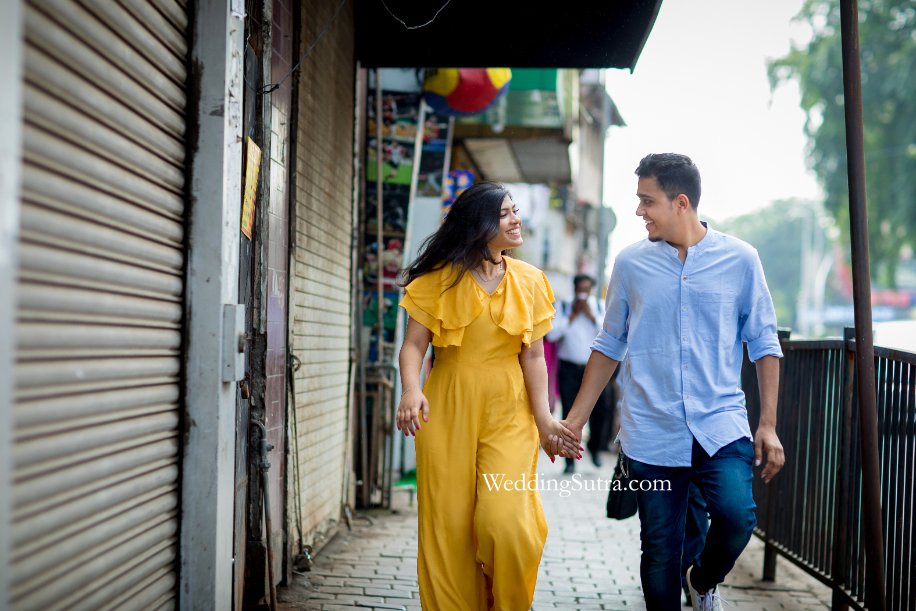 Dolly: This city inspires one’s imagination. No wonder they call it the city of dreams! 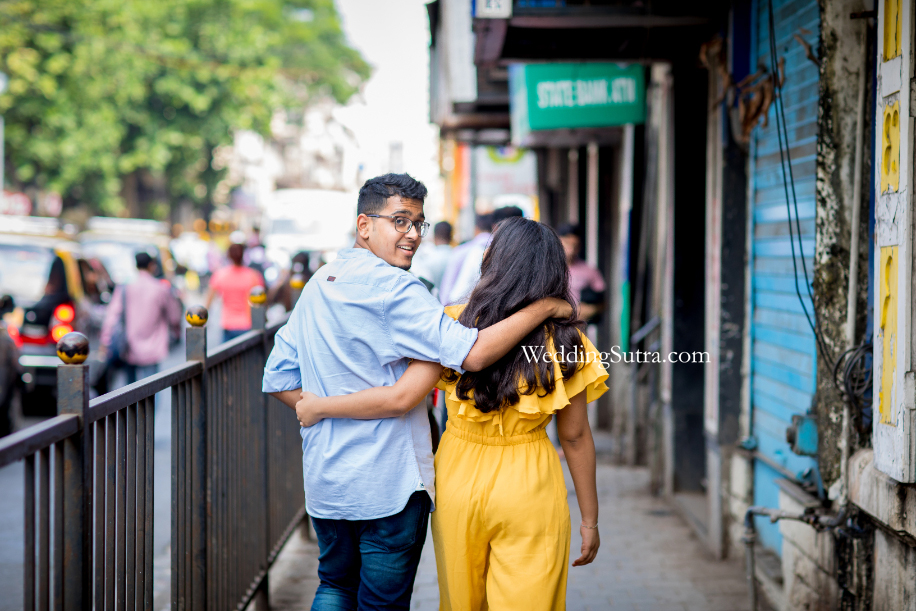 Dharmit: Let’s live the dream then! 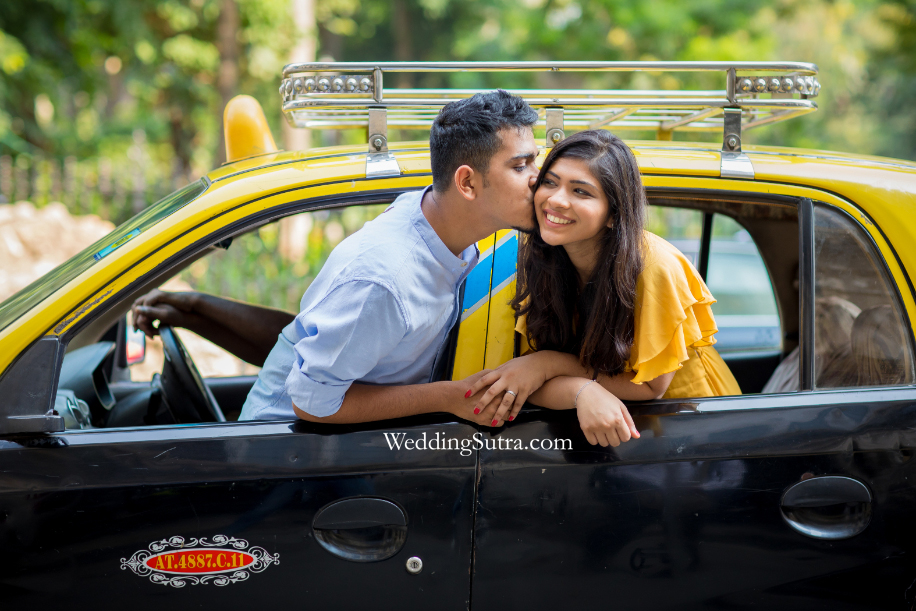 With that Dolly and Dharmit got zipping across the city. 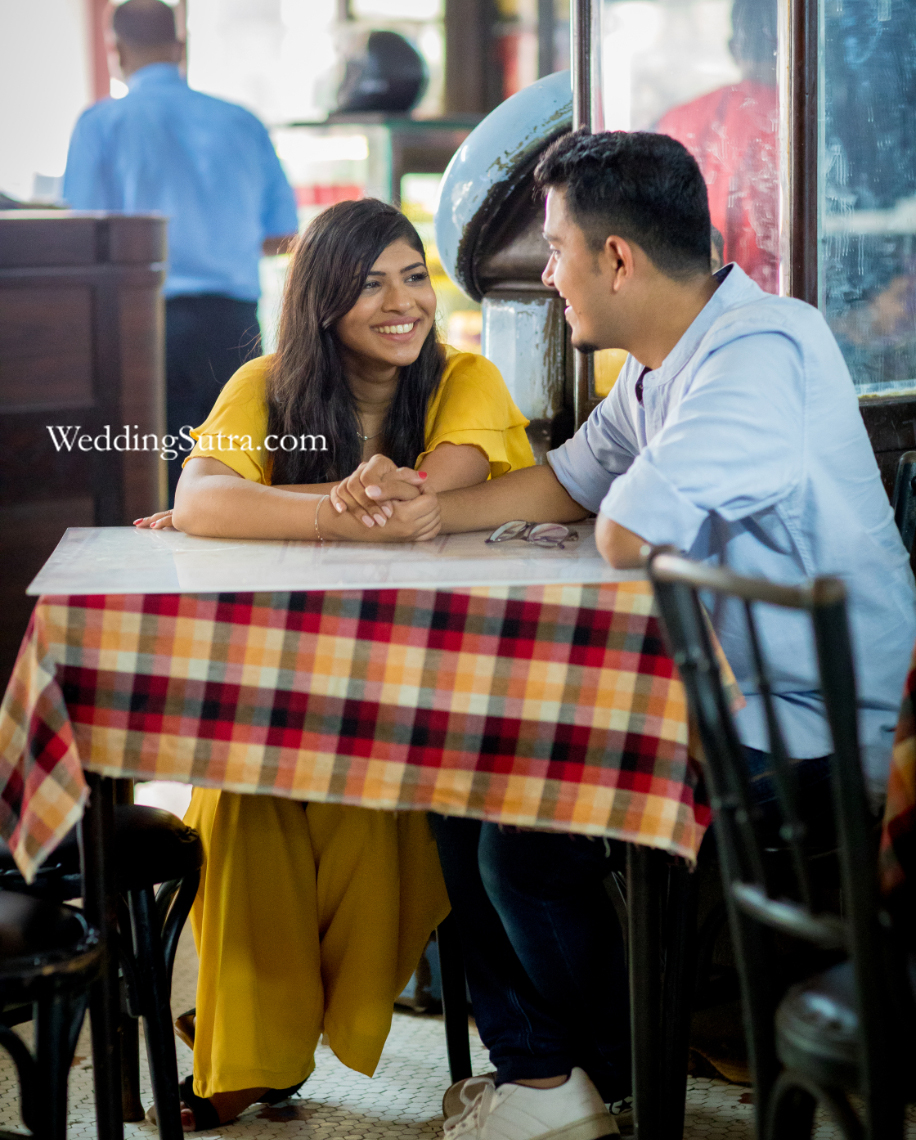 Dolly: OMG, I love Irani cafes! They’re as timeless as love and platinum. Dharmit: Yes and the waiter is certainly taking his time, haha! This day on which they took a walk down the memory lane soon became their Platinum Day of Love. 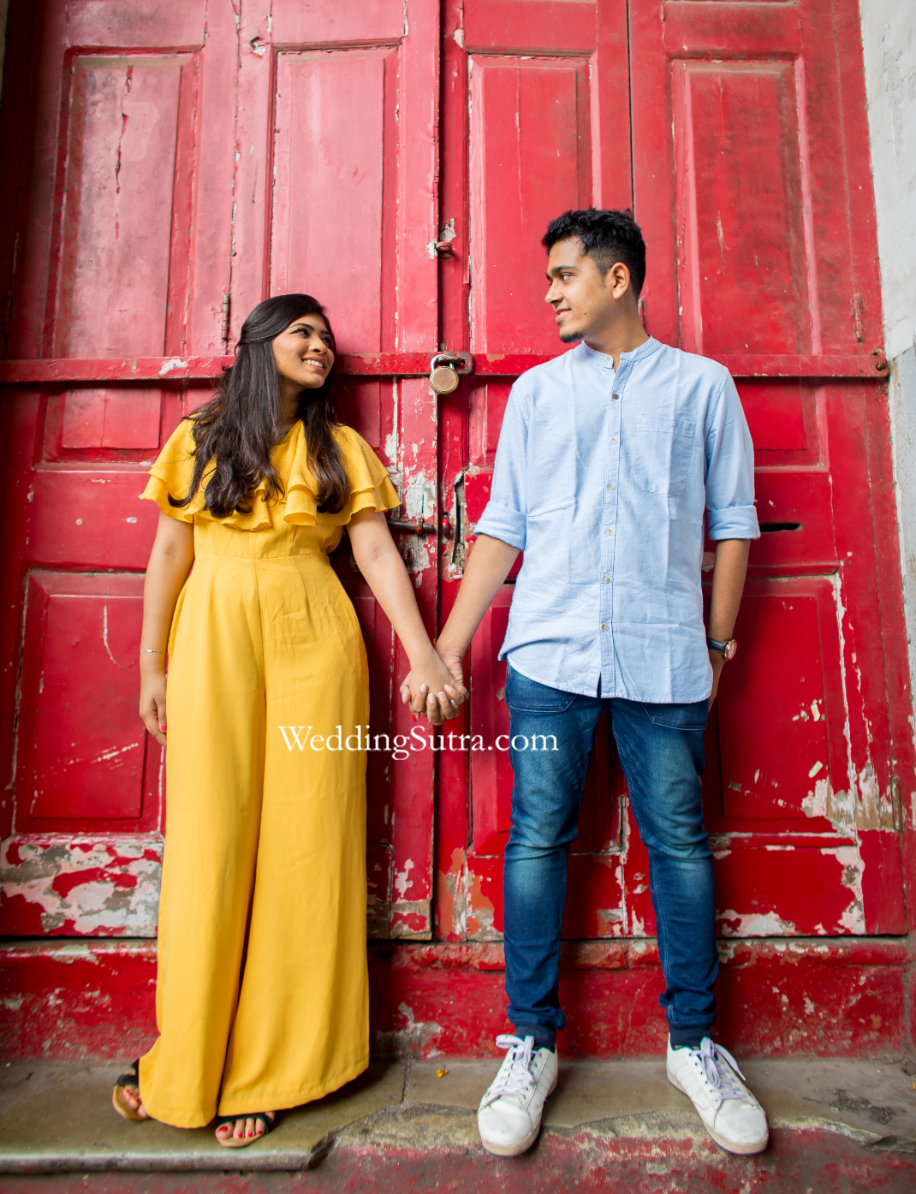 Dolly: I was looking forward to coming here and relive our memories. You read my mind! 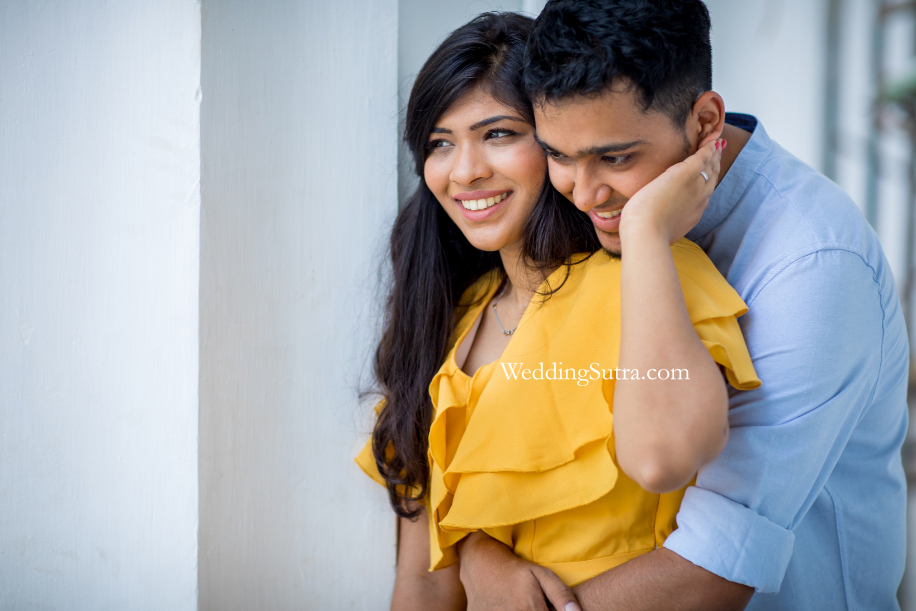 Dharmit: Doesn’t reading remind you of the Asiatic Society Library. 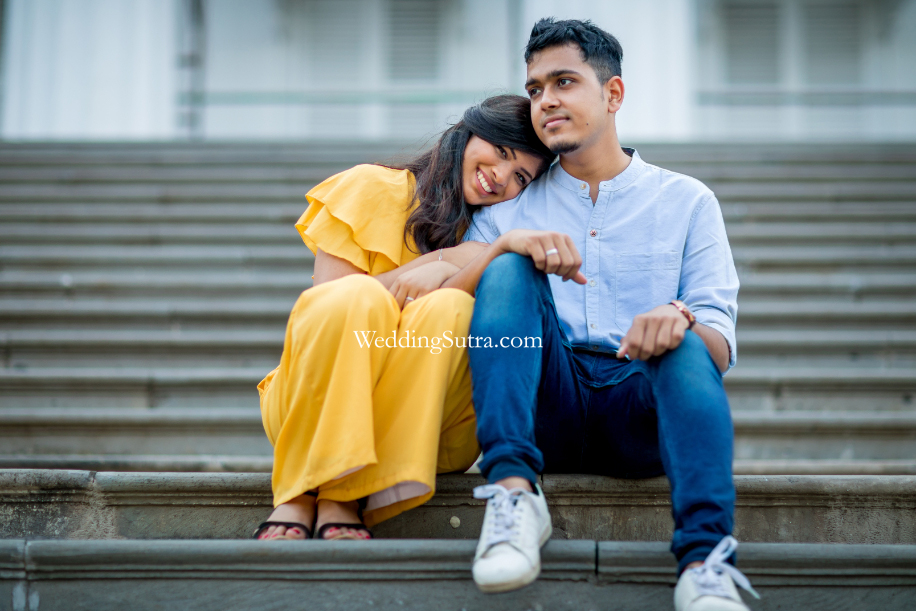 Dharmit: Absolutely! Although all we did was talk while sitting on the steps. There was no reading involved. Dolly: Unless you count reading my mind! Are there other moments you’d want to revisit? Dharmit: No, I think it is time we create some new memories. And then Dharmit went down on one knee and presented her with a platinum love band. 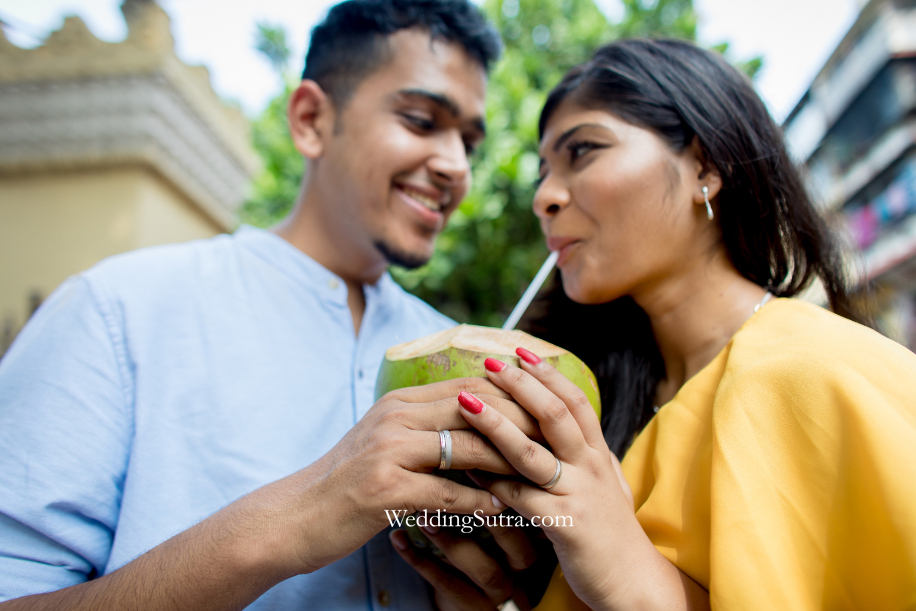 Dharmit: Will you hold my hand for the rest of my life? 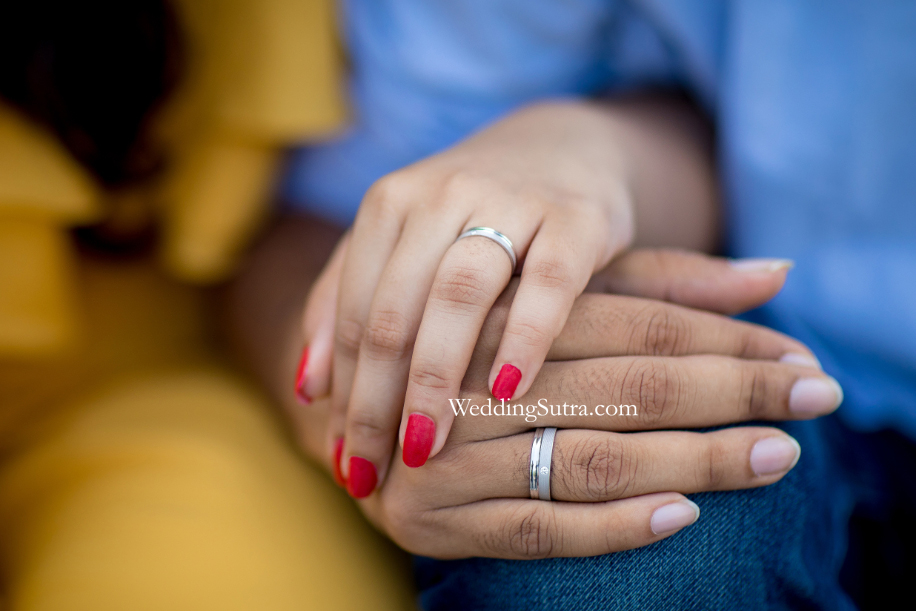 Dolly: Yes! And I promise to never let it go. 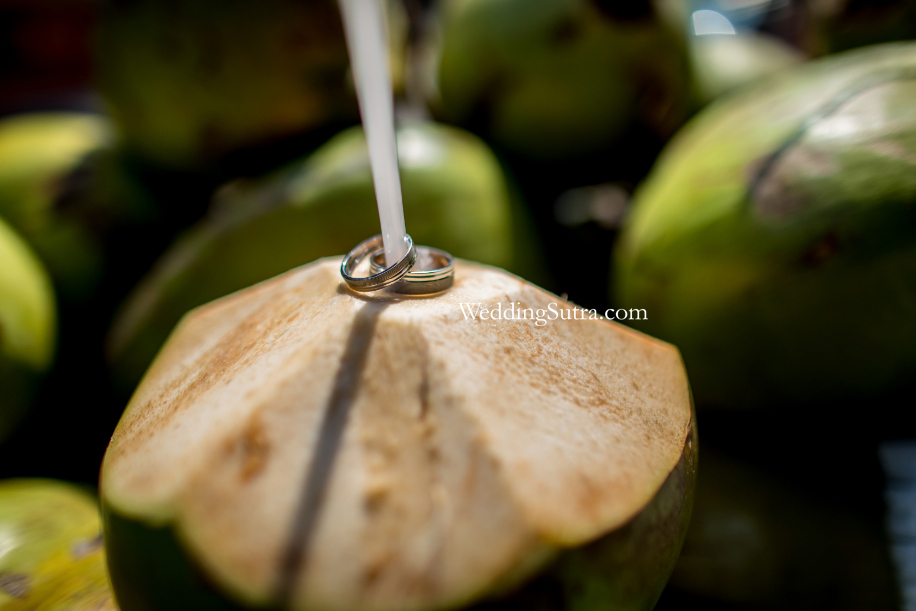 United by the strength of platinum, Dolly and Dharmit embarked on a whole new journey together.

As the duo lived their Platinum Day of Love, makeup artist Nikita Shah worked her magic to have them camera ready through the day. Say Cheeze Photography, on the other hand, were ready to click beautiful pictures of the couple all day long and didn’t miss a single precious moment. To tie the shoot together, Om Jewellers brought some of their most exquisite pieces crafted in platinum.

This entry was posted on Tuesday, October 23rd, 2018 at 12:26:38 pm and is filed under Love Actually, Pre Wedding Photoshoots. You can follow any responses to this entry through the RSS 2.0 feed. Both comments and pings are currently closed.