A Glitzy Wedding Proposal in Paris

Pavan whisked Moha to a holiday in Paris and surprised her with a romantic proposal that dreams are made of!

How we Met
In 2014, I walked onto an empty floor at a salsa class and started practicing when I noticed a guy watching me. He walked up to me and we traded some tips on technique. He then introduced himself, asked if he could practice with me and I agreed. After that we started practicing a lot together and eventually grew closer. 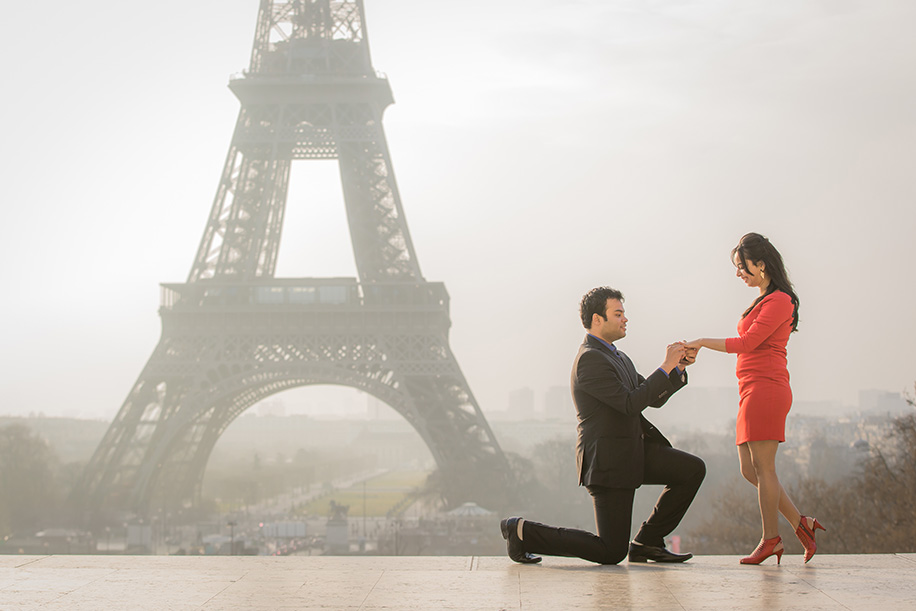 Proposal Planning
We’ve spent hours discussing our passions and opinions and I’d once mentioned my dream of going to Paris. I realized Pavan had remembered that when last year on Valentine’s Day he surprised me by decorating my room with candles and balloons. Then he gave me an envelope with two tickets to Paris!

He’d planned everything! The makeup, costumes, location and of course, a formal proposal. 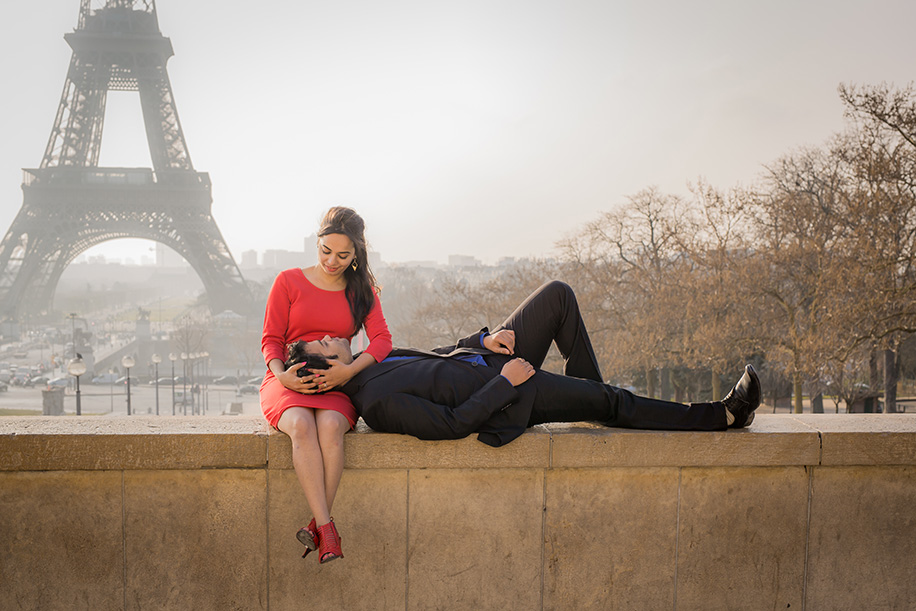 The Proposal
As an architect and a travel enthusiast, I’ve always had a long list of places I long to visit. Paris is right up there with its history and architecture and of course the fact that it is one of the most romantic cities in the world.

I knew Pavan was a romantic at heart but never in my wildest dreams did I imagine he’d propose to me in front of the Eiffel Tower!

He told me he wanted to shoot at the Trocadero because it has a gorgeous garden and has a direct view of the Eiffel Tower. He even hired a professional photographer, Pierre Torset and told him he was going to propose. On the day of the shoot, Pavan presented me with a beautiful dress and asked me to accompany him to a romantic photoshoot at the Eiffel Tower. I was delighted but had absolutely no idea there was another agenda for the day. We met Pierre Torset who was easy going and made us both feel very comfortable during the shoot. During one series of clicks, Pierre insisted Pavan go down on one knee and Pavan did as he was told. Then, he said he loved me and I thought he was joking and told him to concentrate on the shoot so we’d get better pictures! And that was the exact moment when he took the most beautiful ring from his pocket and proposed to me.

I was dizzy! I thought I was dreaming! It was the best moment of my life and I’ll remember it forever! 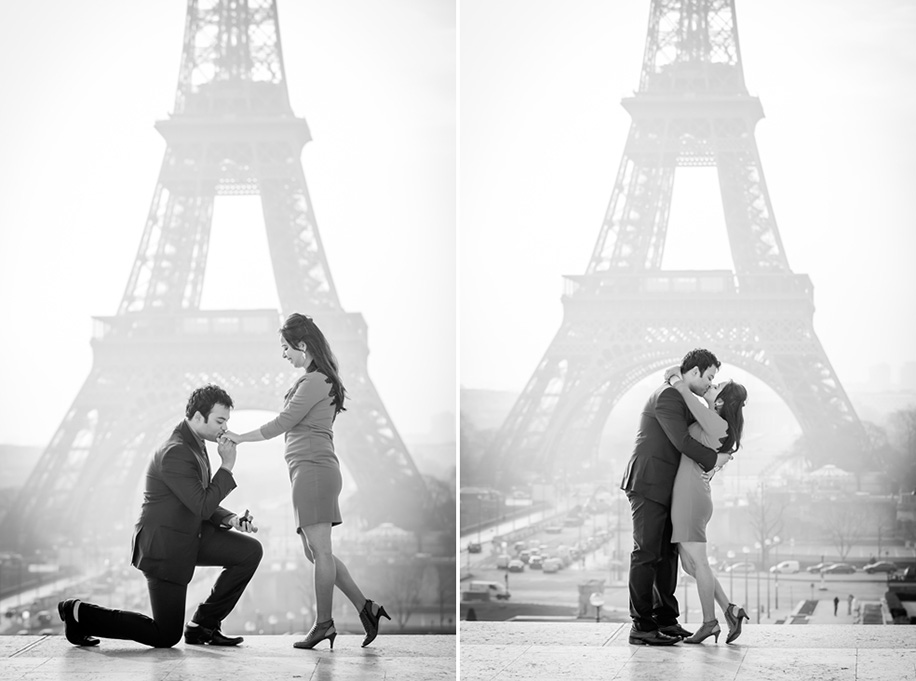 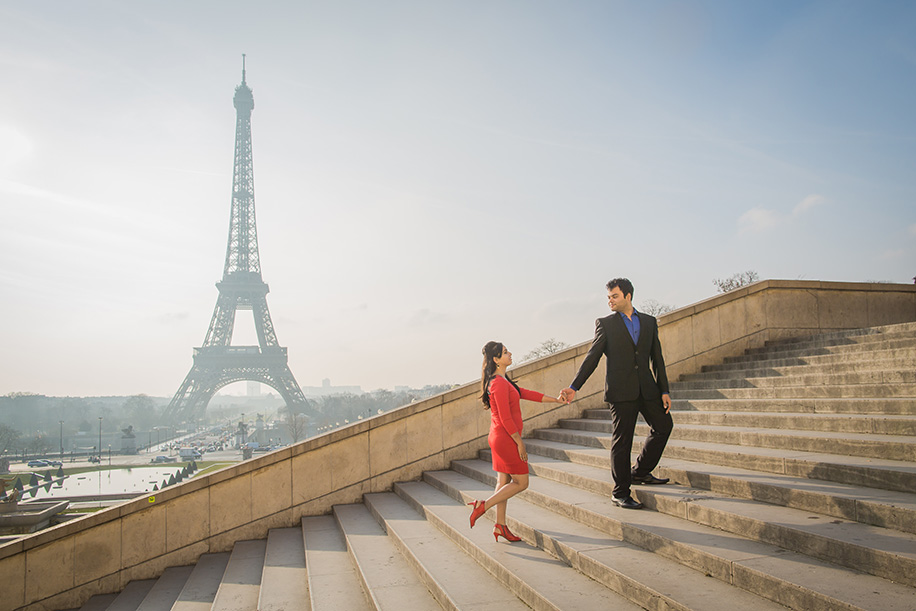 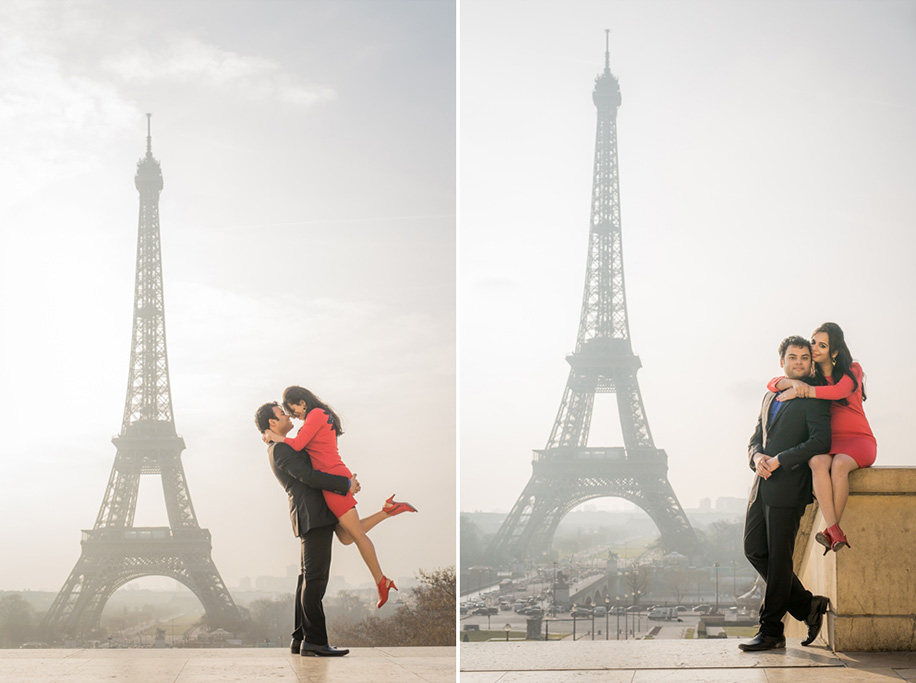 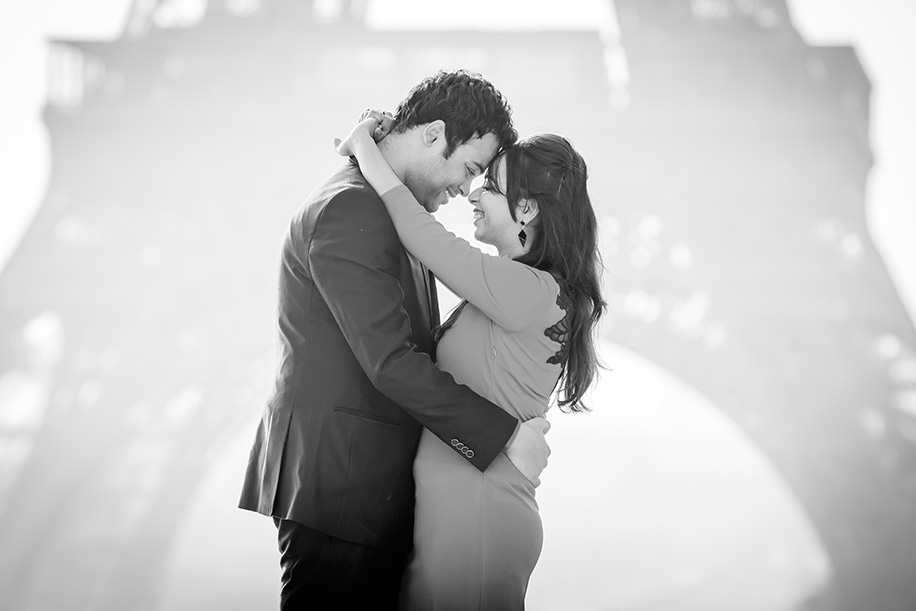 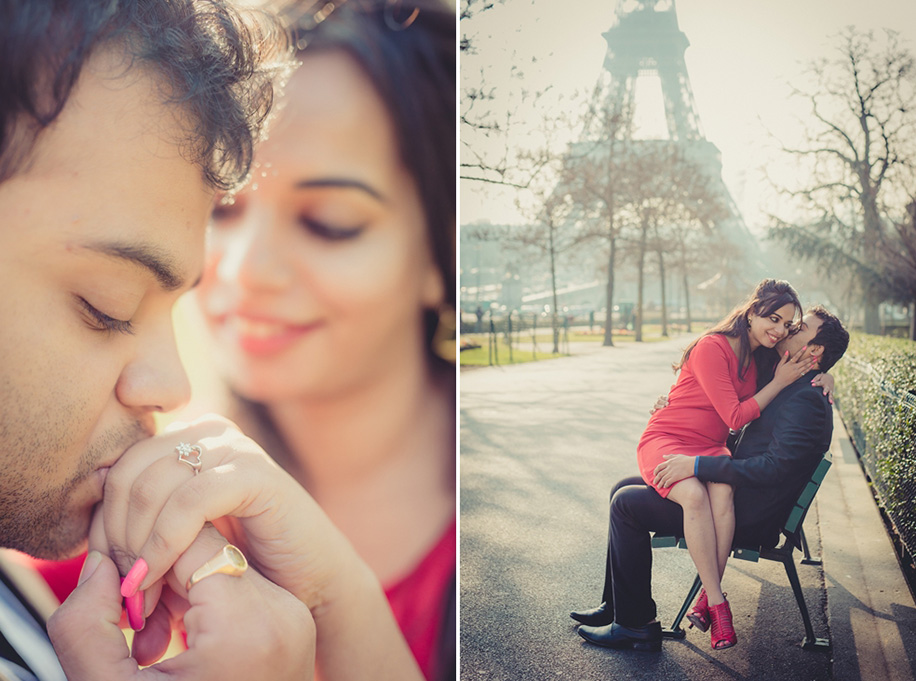 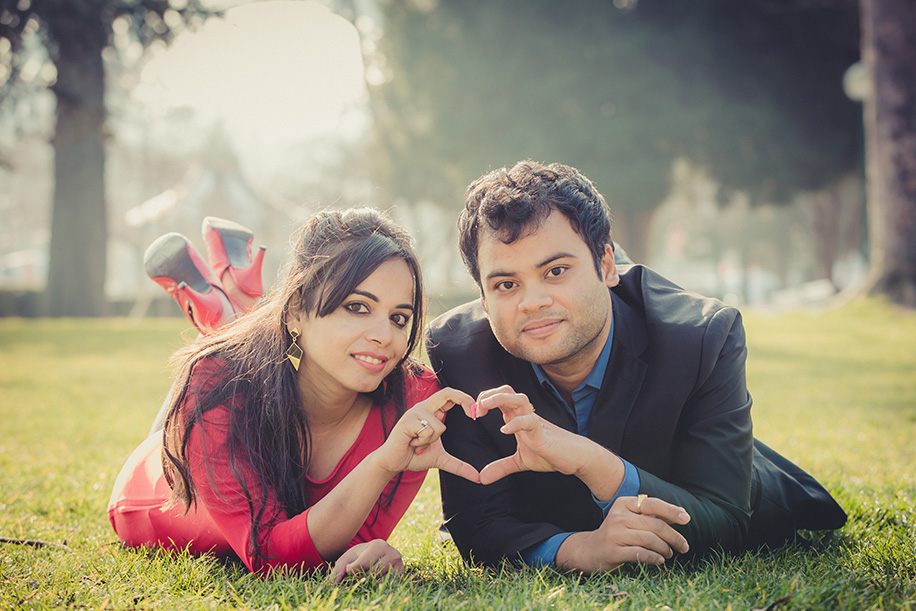 To book a professional photographer for your pre wedding/proposal photoshoot click here.

This entry was posted on Wednesday, April 5th, 2017 at 12:32:04 pm and is filed under Pre Wedding Photoshoots, Wedding Proposals. You can follow any responses to this entry through the RSS 2.0 feed. Both comments and pings are currently closed.