From breezy waves and a classic temple to the clean lines of a modern resort – Shireen and Naren’s post-wedding photo shoot in Chennai fused traditional and contemporary aesthetics. Sheerin and Naren value their Indian roots and culture despite having spent most of their lives in the US where they are based. Their post-wedding photo shoot at the plush InterContinental Chennai Mahabalipuram Resort was carefully planned to incorporate traditional elements with a contemporary appeal which is so symbolic of the lives they lead and the things they value. Everything – from the poses to the clothes they wore at different locations mirrored the vibe of those spots perfectly, be it Shireen’s traditional look in the temple or Naren’s sports jacket at the chic resort.

Sheerin and Naren were born in India but raised in the US. They met at a city which neither can call their own. It was serendipity according to Naren who discovered that he and Sheerin shared many similarities. He was skeptical about the whole idea of marriage, but these coincidences were too remarkable to ignore, and he felt she could be the one for him. He and Sheerin kept in touch after their first meeting, and after numerous chats and FaceTime sessions, they fell in love. A beautiful proposal led to a fabulous wedding in Florida. The couple picked Chennai for their post-wedding photo shoot. 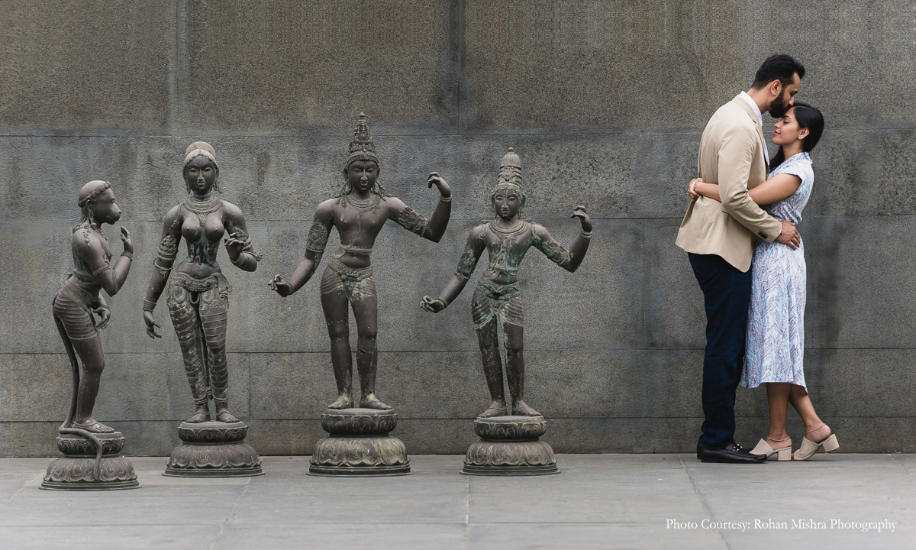 “We got married in the US but our roots stem from India, and given that the culturally rich city of Chennai is Sheerin’s hometown as well, I don’t think we could have found a better location for our post-wedding shoot,” shares Naren. 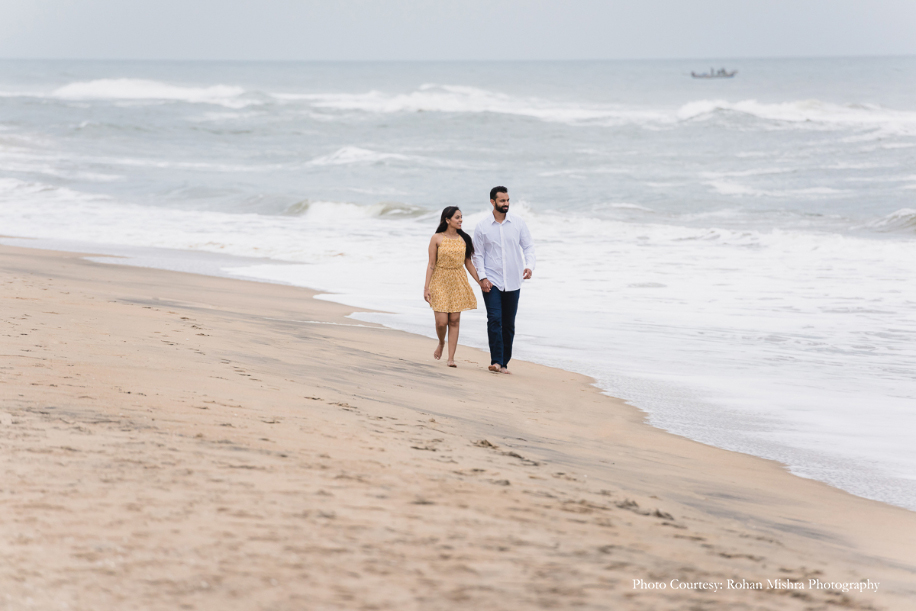 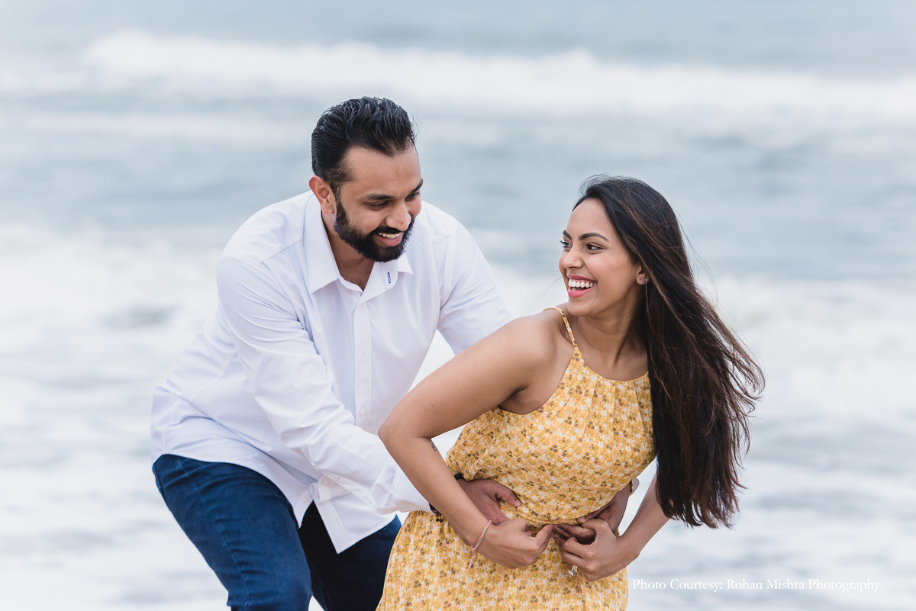 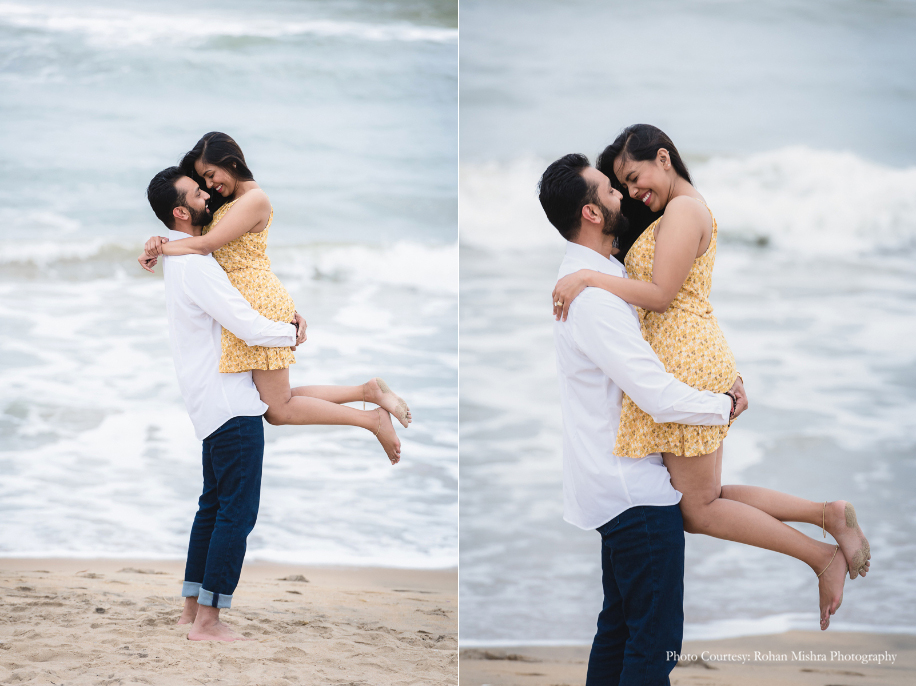 The pictures capture the unmatched chemistry that Shireen and Naren share. Their shoot included two stunning spectacles as backdrops. The first part was an early morning sequence at the beautiful resort and the second session took place at the serene Shore Temple, Mahabalipuram. Naren recollects, “The photo shoot was a phenomenal experience! Rohan and Puja made us feel so comfortable in front of the camera with their warmth and love. Their style of work is commendable. Though all the frames where a vision brought to life, the beauty of the Mahabalipuram temple just took things up another notch! And while that covered the traditional aspect, the stunning setting at InterContinental Chennai Mahabalipuram Resort gave our shoot a contemporary twist as well.” 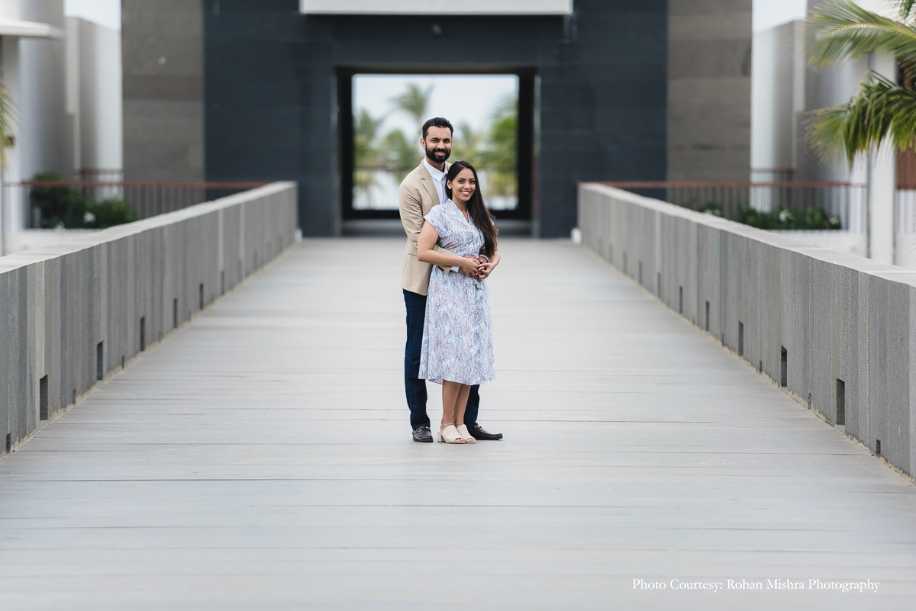 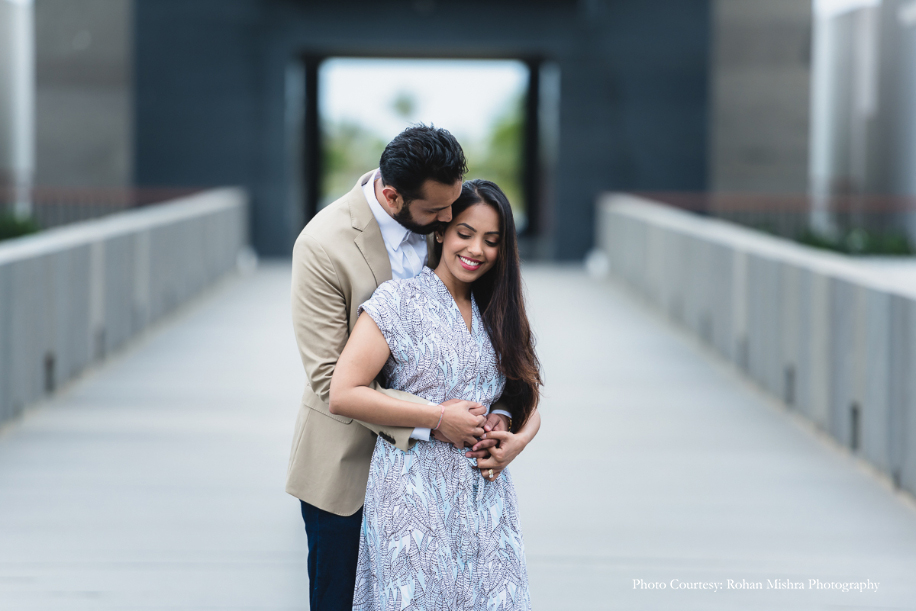 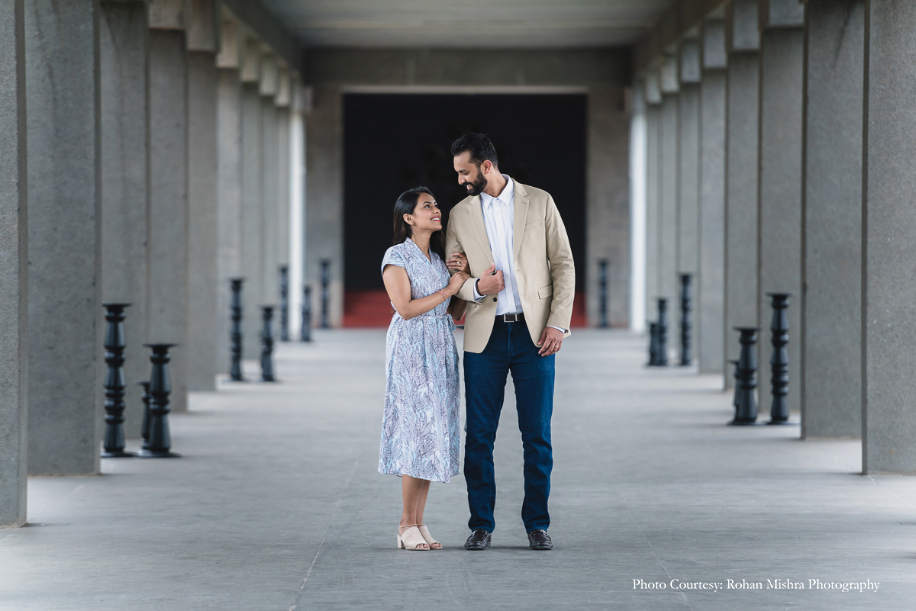 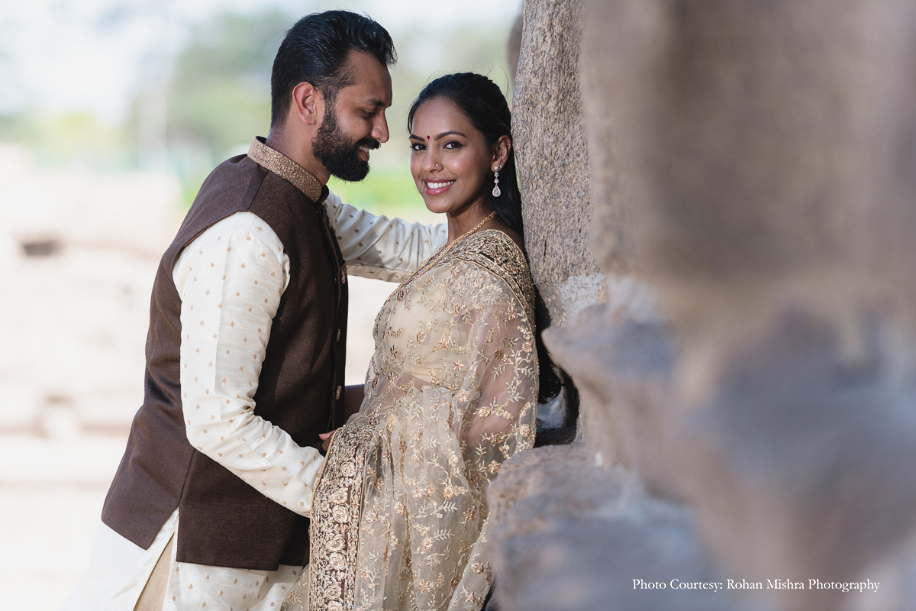 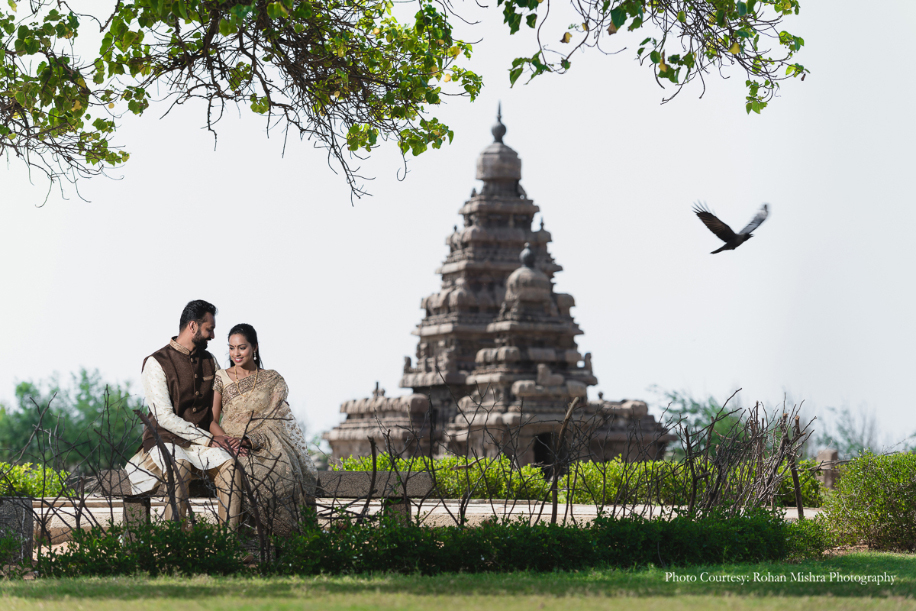 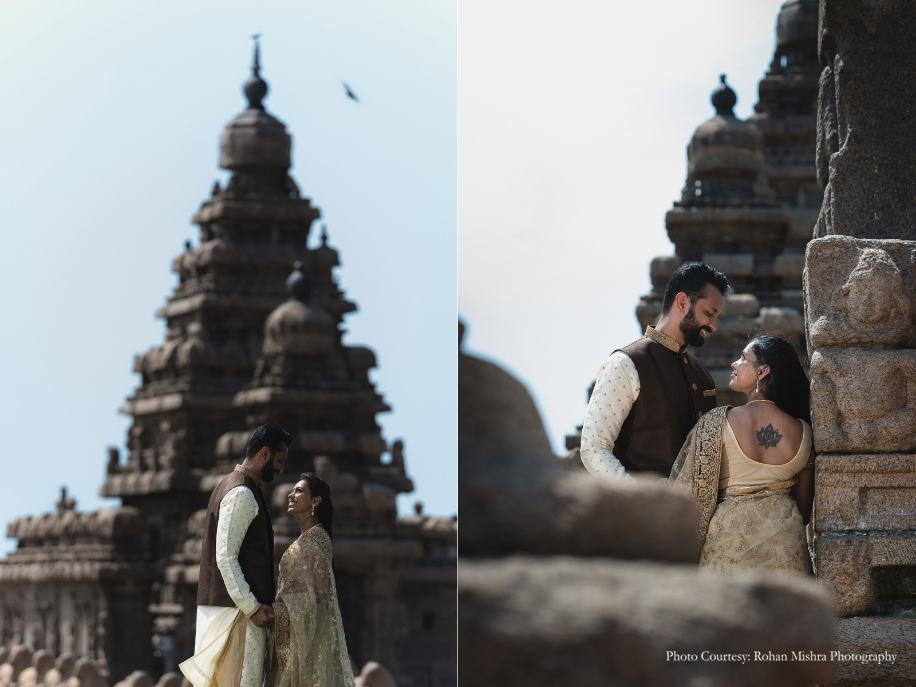 This entry was posted on Friday, December 7th, 2018 at 11:08:55 am and is filed under Pre Wedding Photoshoots. You can follow any responses to this entry through the RSS 2.0 feed. Both comments and pings are currently closed.