From DDLJ To Chandni, Here’s Why This Couple Chose Switzerland For Their Pre-wedding Photoshoot

Shweta and Evan live in Munich, Germany where Evan works as a data scientist and Shweta as a patent professional. From two different continents, they met at the University of Manchester back in 2014 where they were both pursuing their Masters in Astrophysics. 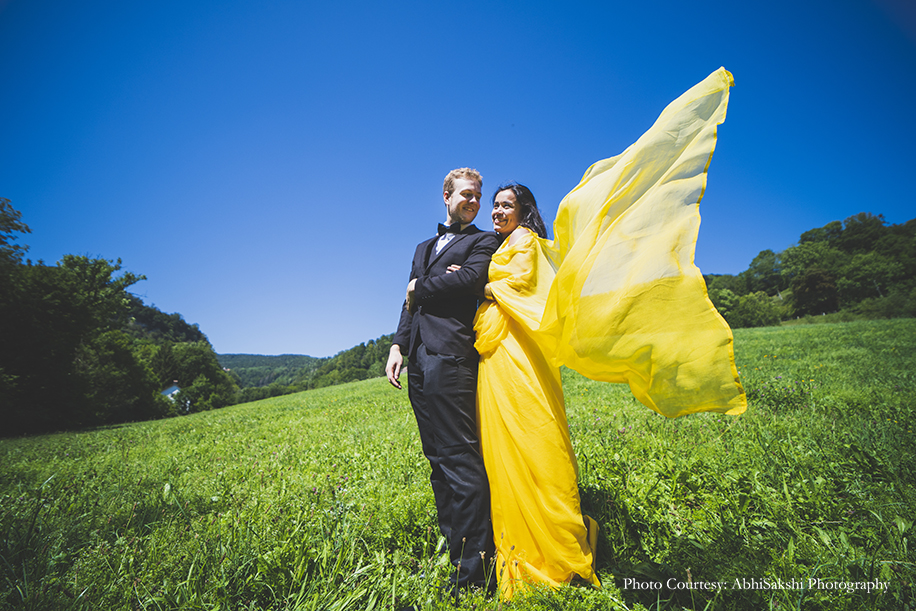 The couple had not one but two surprise (and pretty romantic) proposals! This was followed by a photoshoot that paid homage to famous Indian movies in Bollywood’s unofficial international capital – Switzerland! WeddingSutra Favourite – AbhiSakshi Photography captured their romance beautifully.

“Evan always wanted me to propose to him,” the bride-to-be reveals, “But he beat me to it. He took me on a surprise trip to Istanbul where, under the bridge where the ‘Ek Tha Tiger’ song Saiyara was shot, he went down on one knee and handed me his thesis acknowledgement section. Startled not to see my name on the paper, he asked me to fold the page, and the first letter of each sentence combined to form – Will you marry me?” 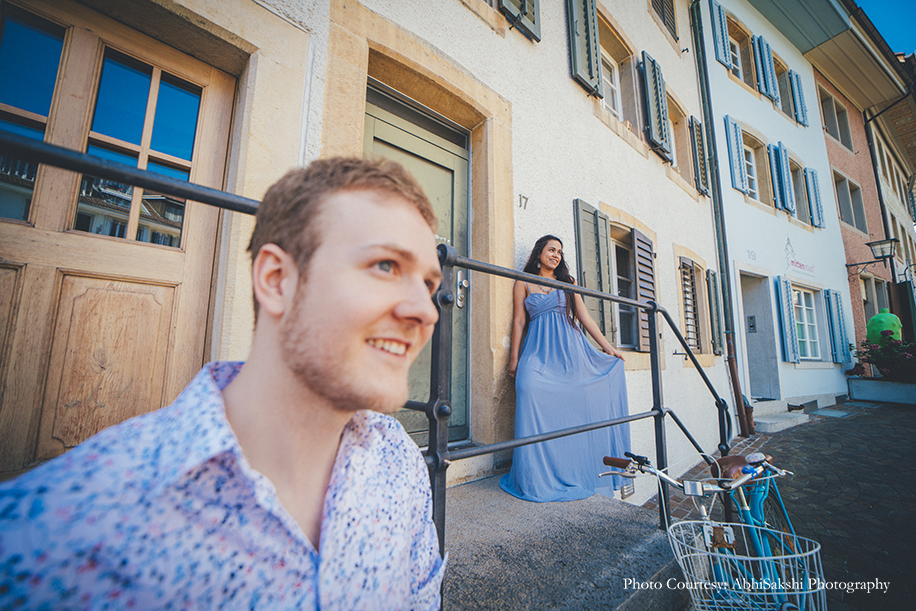 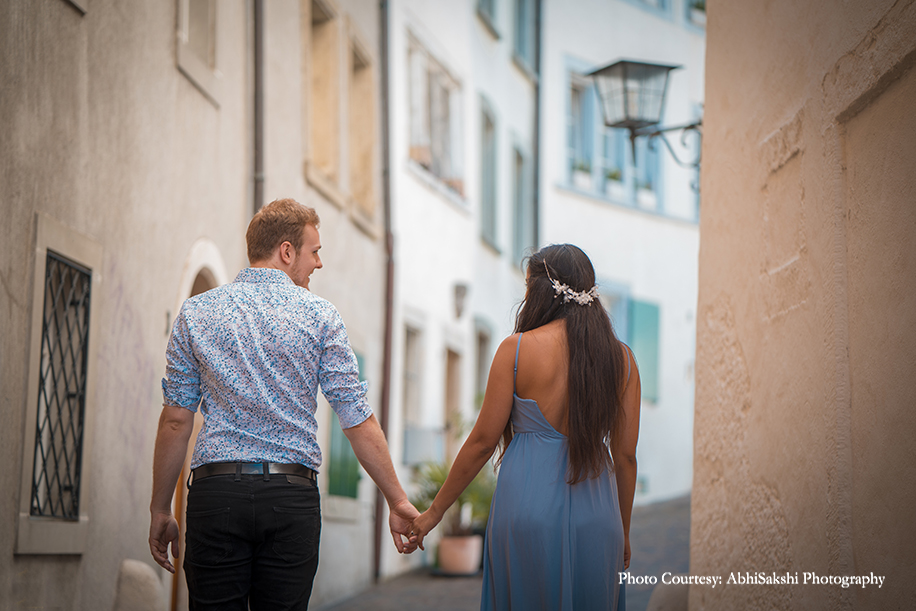 Shweta got her turn when Evan was defending his PhD thesis. After he’d finished, before an audience and a panel of jury members, when the jury addressed the audience, asking if they had any questions, Shweta raised her hand! Then she went down on one knee and asked him to marry her.

The Bollywood feels are strong in this romance. Evan knows his girl loves the movies and so Switzerland made sense for the photoshoot. She says, “It reminded us of the first trip we took back in 2015 when Evan surprised me with a visit to the DDLJ bridge, hidden in a tiny village called Saanen. We picked a charming little city called Olten with typical European style bridges and cobblestone side-streets for the shoot.” 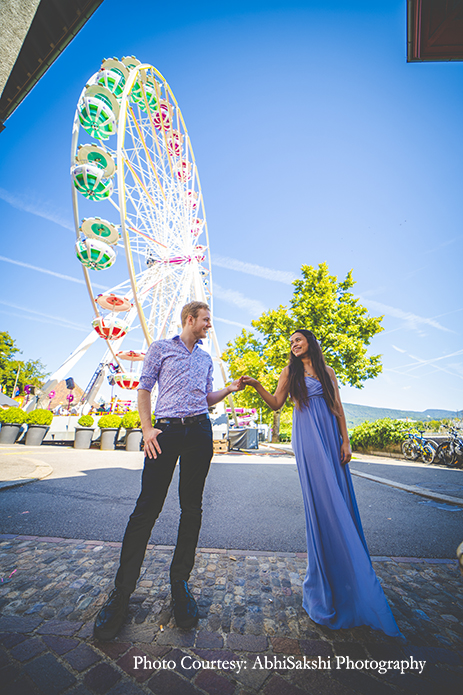 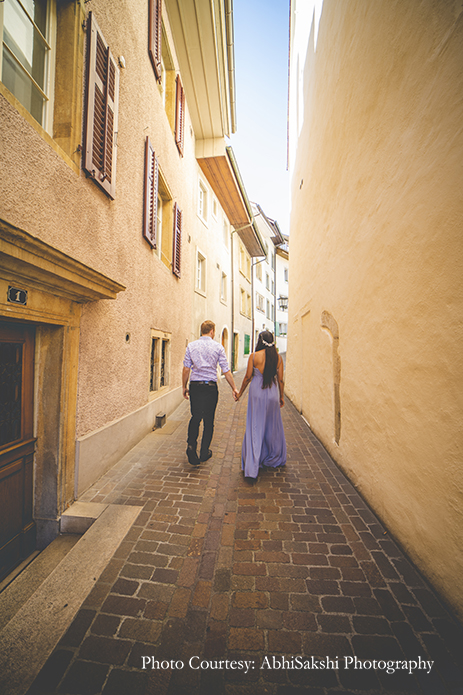 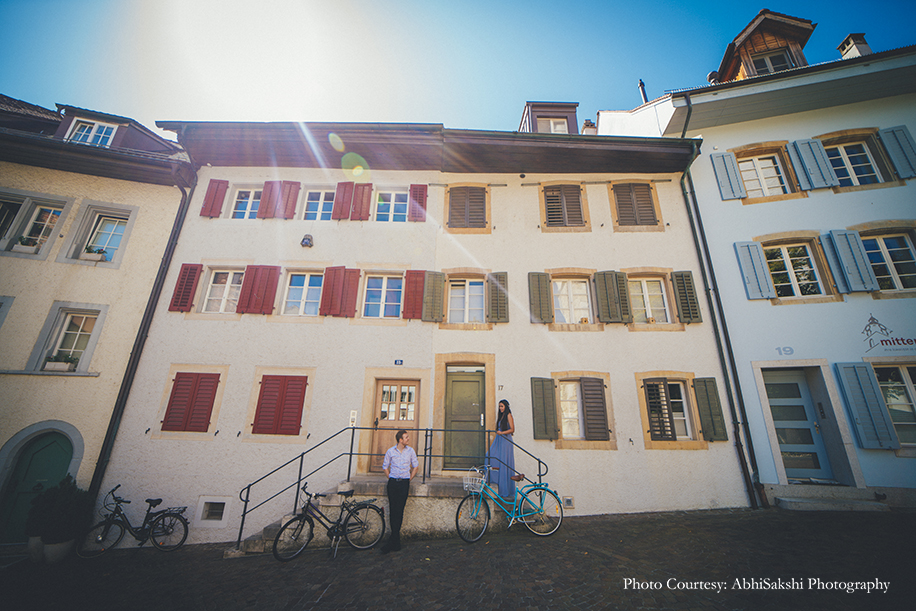 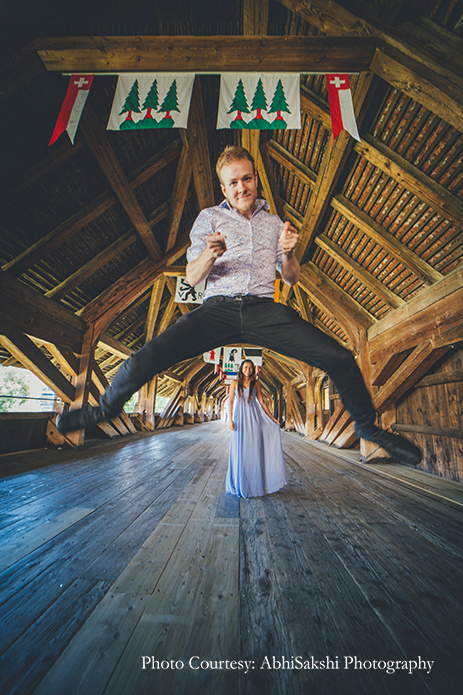 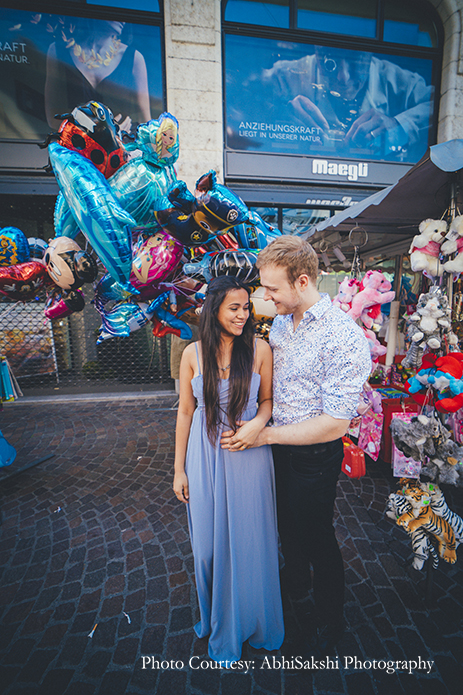 Shweta wanted to recreate the ‘Chandni’ movie scene in a yellow chiffon saree, lush valleys in the backdrop. She says, “The best bit was realizing how comfortable we both were in front of the camera though walking in heels through the hills was interesting! But Evan was sweet enough and carried me around.” 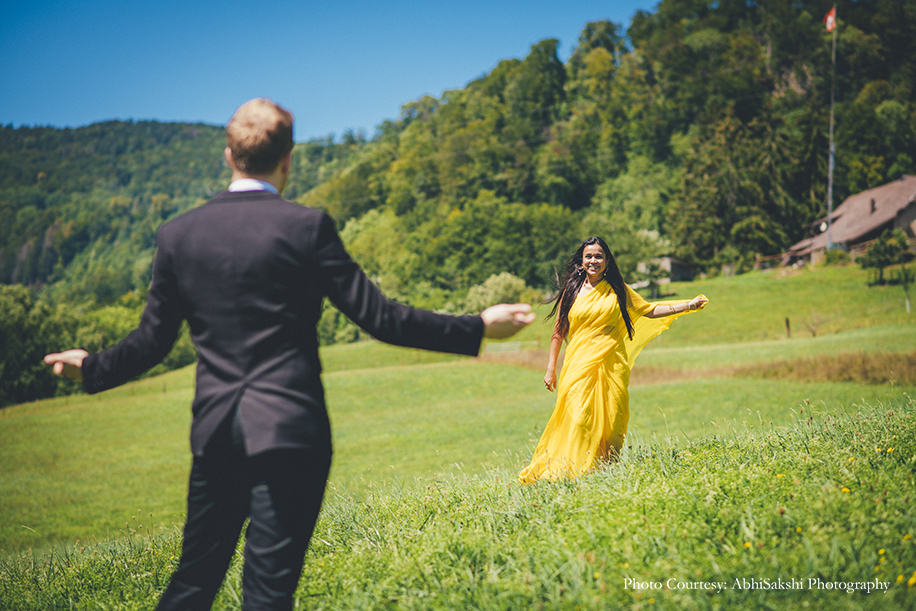 The couple shares, “We always want to develop a bond of friendship with a vendor and that’s our criterion when we pick them. The team of AbhiSakshi is patient, extremely professional and made the shoot enjoyable for us. Their shots are very candid and capture real emotions. We love their work and can’t wait to work with them again at the wedding.

This entry was posted on Friday, March 20th, 2020 at 8:09:40 pm and is filed under Pre Wedding Photoshoots. You can follow any responses to this entry through the RSS 2.0 feed. Both comments and pings are currently closed.