Payal and Yogesh’s pre-wedding photoshoot in sunny Melbourne, captured by Wide Eyedea Photography, was a bright and happy account of the couple’s relationship, with photographs that showcased their palpable chemistry. The vibrant city atmosphere and enchanting locales provided the perfect backdrop to their contemporary love story. 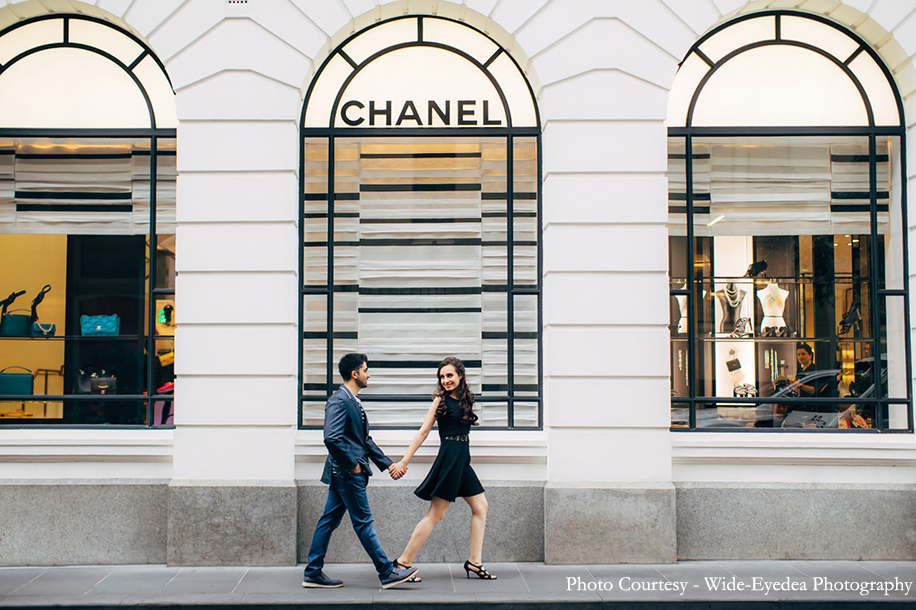 How They Met
While their families may have wanted to play cupid, it was through social media that the couple actually connected. Revealing their shared history, Payal says, “Our families knew each other well as they were part of the same circle. We were linked-up and teased about this from the time we were children. Later, they wanted us to get to know each other as adults. We, however, postponed this for many, many years! Then we had our first conversation… on Facebook. It was there that we got to know that we had common interests. Yogesh is a structural engineer and I am an interior designer, so work brought up many conversations at the start and, today, here we are.” 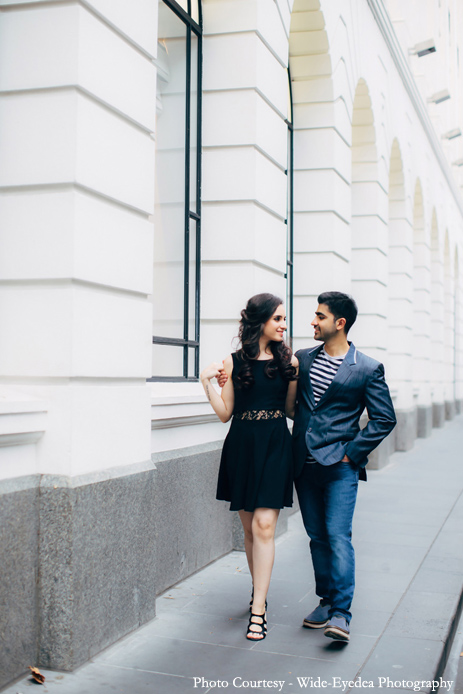 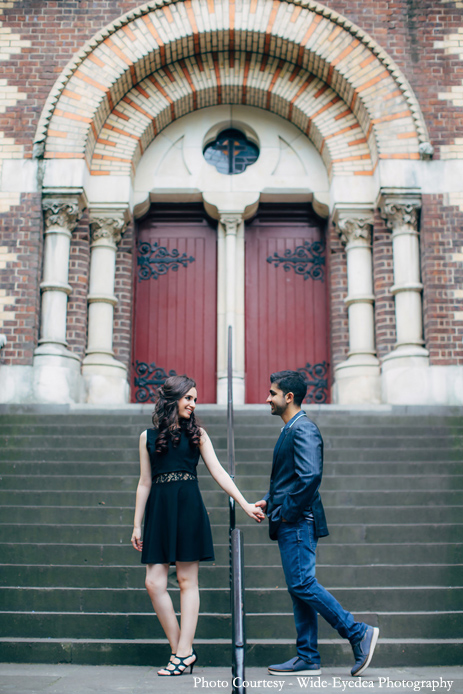 The Proposal
Their social media connection evolved into a whirlwind romance and the realization that they were soulmates. In December 2017, Yogesh decided to make it official and planned a special surprise for Payal. She shares her memory of the milestone, saying, “Yogesh’s family took me to Perth for his cousin’s wedding. We were out on Cottesloe Beach and enjoying the view when he proposed. It was natural, simple and minimalist. Just us in our jackets and sneakers. We later took some photos on his phone and everything felt simply perfect.” 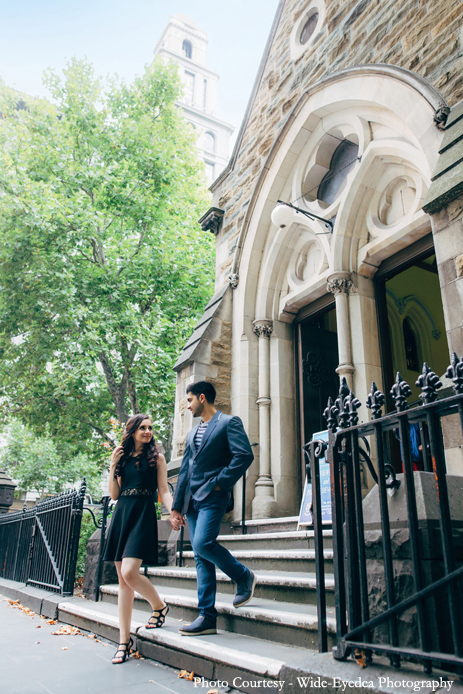 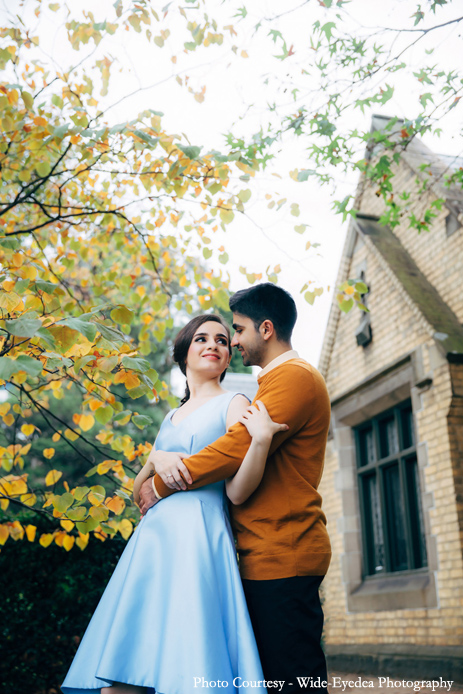 Pre-Wedding Shoot
The couple chose the gorgeous city of Melbourne in Australia for their pre-wedding photoshoot. Choosing the location was an easy decision for Payal and Yogesh. Yogesh had studied there and continued to work there. The shoot was executed by a photography service from Melbourne called Wide Eyedea Photography. According to the bride, the mood board for the outfits and venues were all planned by the photographer. All they had to do was show up and get their special moments captured on film.

While the results turned out beautifully and it was a great experience, it wasn’t without some challenges. The bride elaborates, “Walking around in heels from one venue to another and changing outfits in the car or in public places was challenging. However, the photographer and his assistant were very helpful throughout. They assisted us wherever possible.”

Revealing her favorite part of the shoot, she says, “The most fun we had was during the first part of the shoot – around the coffee shops. We were dressed casually in sweaters, jeans and boots.” 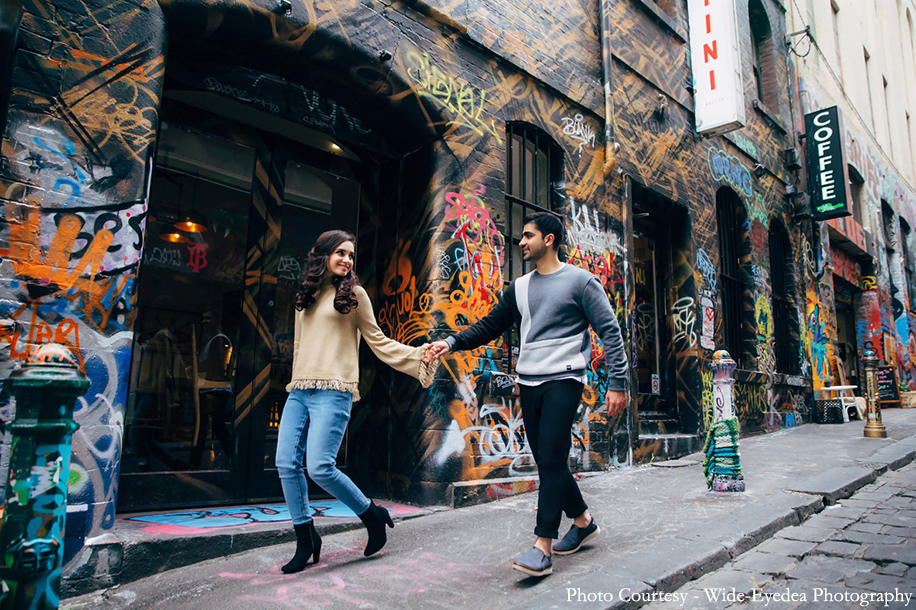 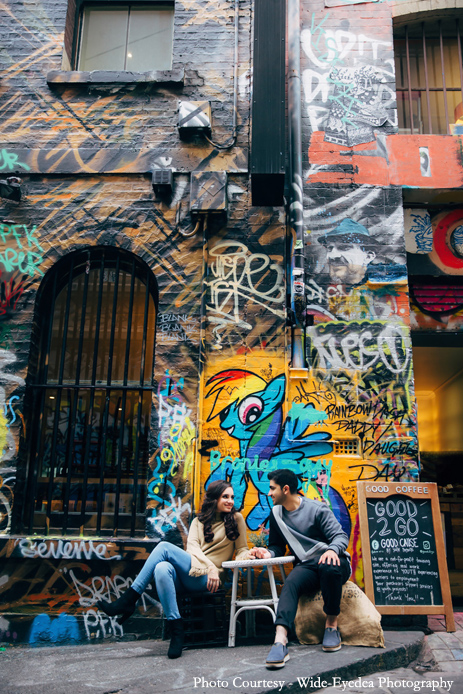 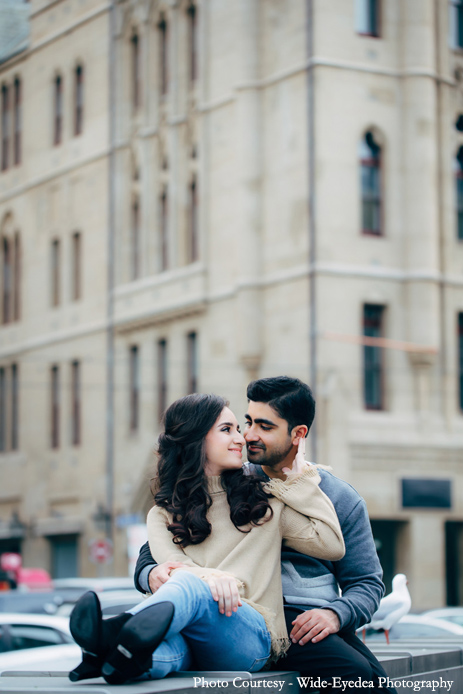 Payal and Yogesh’s wedding took place on the 8th of December, 2018, approximately a year after their proposal. The couple made multiple trips back to India during that year to shop for their wedding trousseaus. Theirs was a destination wedding held in a small town in Indonesia; a place that the newlyweds fell in love with for its intimacy and uniqueness. This entry was posted on Monday, May 27th, 2019 at 5:46:26 pm and is filed under Pre Wedding Photoshoots, Wedding Photography & Films. You can follow any responses to this entry through the RSS 2.0 feed. Both comments and pings are currently closed.