From Mumbai’s magnificent vistas to an intimate houseboat in Kerala, from a sprawling fort in Rajasthan to Dubai’s dazzling backdrops, we present some of the most captivating pre-wedding photo shoots for this month. Take a trip to different locations with these lovely images and journey into the depth of emotions between the couples that were skillfully captured by the different photography teams.

1. Maximum City Marvels – Candid Wedding Stories
Priyanka and Gaurav’s pre-wedding photo shoot took place at the historic Gateway of India and other charming locations in South Bombay. Shot by Candid Wedding Stories, the images exude a charming retro vibe as the couple is captured in formal wear – he in a black tuxedo and she in a white gown – against the setting sun and boats behind the Gateway of India. The grandeur of the city and the scale of the couple’s emotions and happiness are the perfect match and result in unique frames. 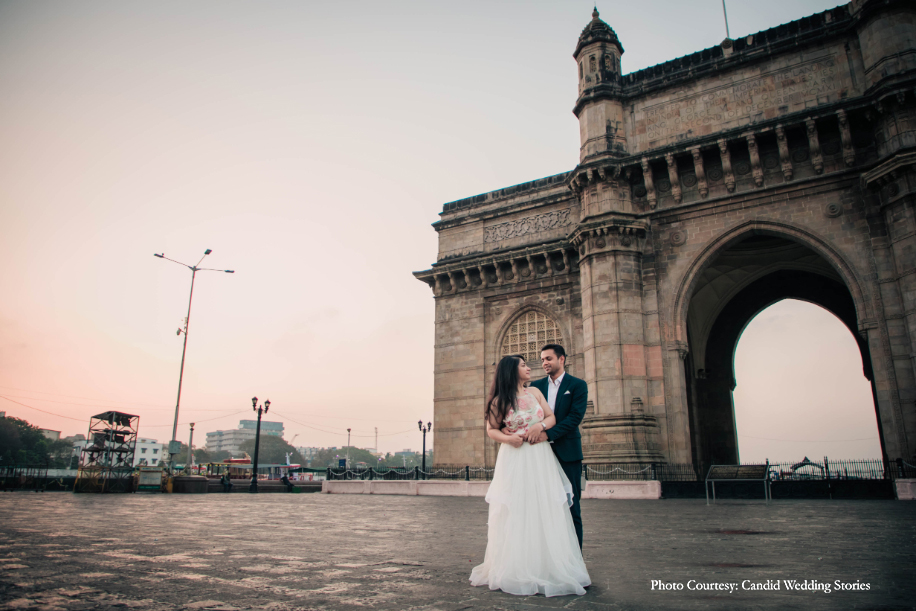 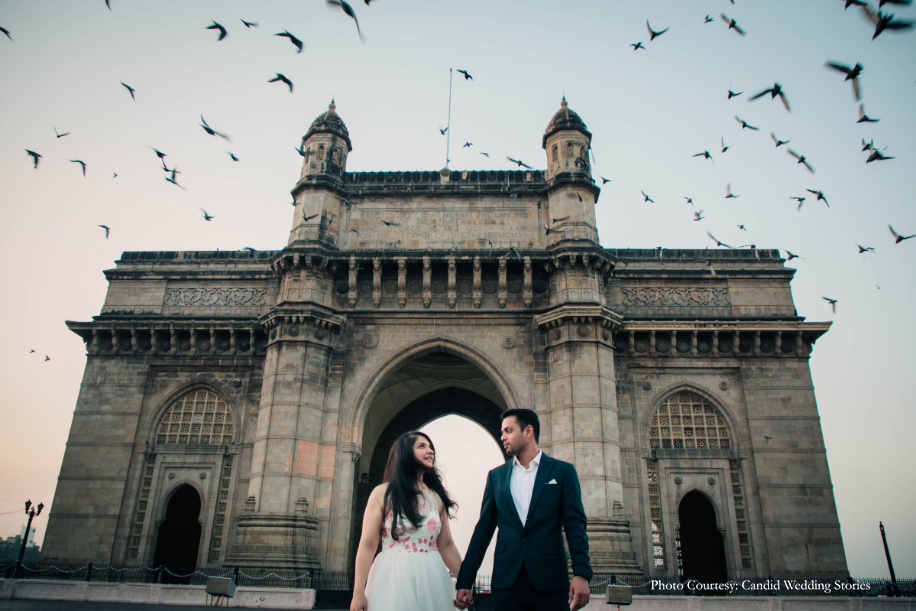 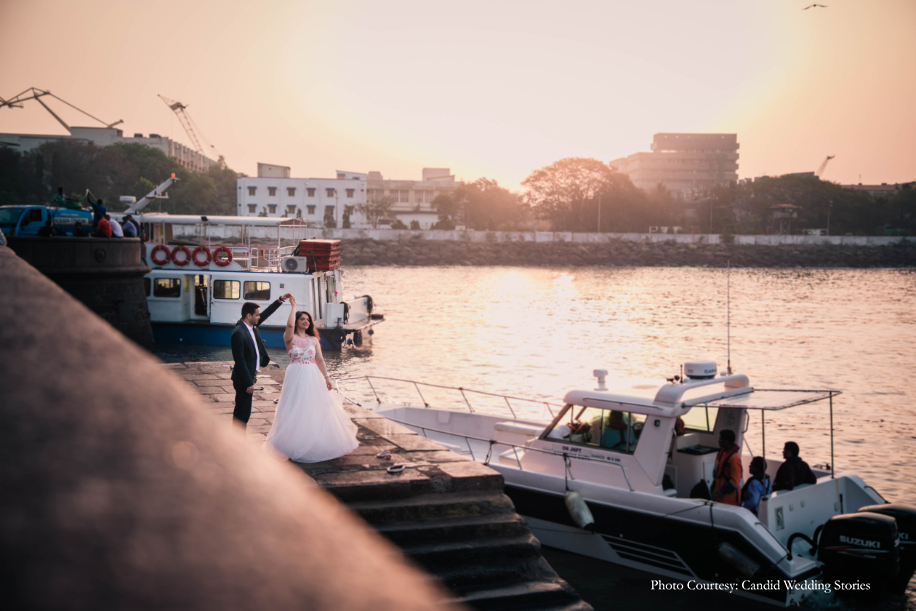 2. Tropical Romance – Twogether Studios
When two people fall in love, there is a sudden rush of magic. And capturing this magic can be an addictive experience. Vasvi and Puneet’s story began in college where they first met each other. They went from being strangers to acquaintances and then friends. Puneet realized that Vasvi was the girl he wanted to spend the rest of his life with. Twogether Studios shot their pre-wedding shoot at the Park Hyatt Goa. Recalling the moments of the shoot, the team shares, “It was great to spend some time getting to know Puneet and Vasvi. We had a fun and relaxed shoot on the beach before their hectic wedding. Vasvi is the kind of girl that you can’t help but like and Puneet is an absolute gentleman!” 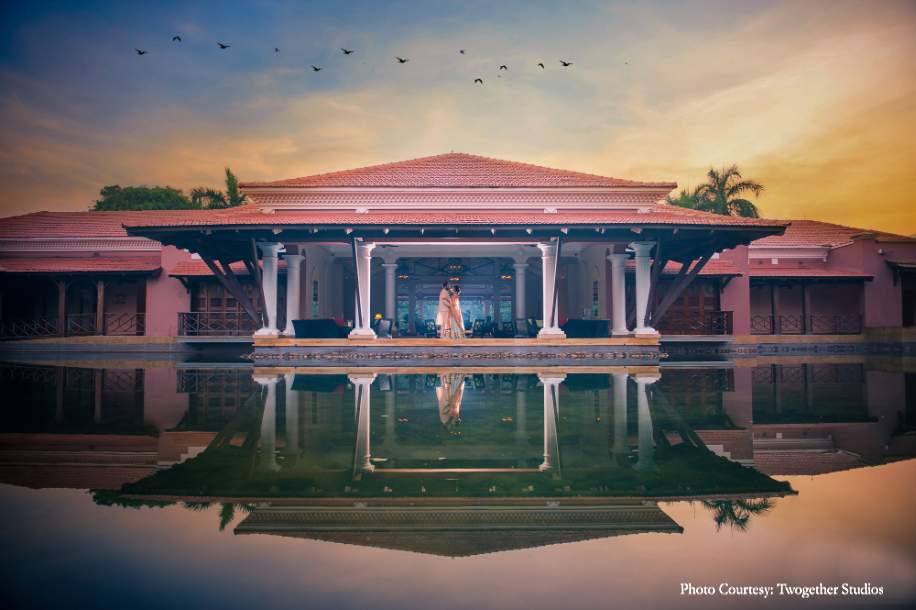 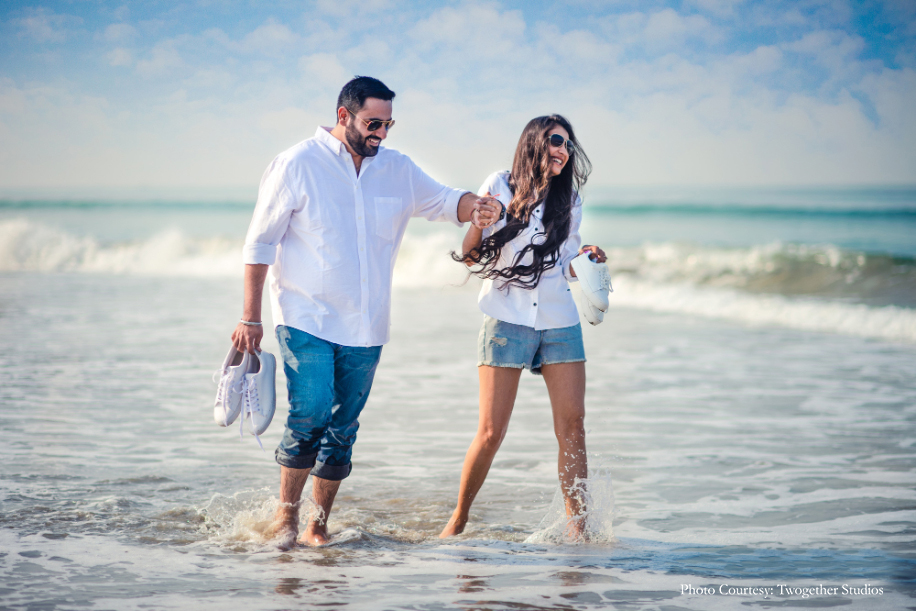 3. Dazzling Drama – The Wedding Saga
Candid moments from Ankit and Aanchal’s photo shoot by The Wedding Saga in Dubai captures the dual nature of the desert city and the depth of the couple’s relationship. Dubai’s compelling backdrops such as the beach, sandy dunes, and iconic architecture of hotspots such as the Burj Al Arab hotel prove to be striking canvases against which the photography team create artistic images laden with emotion, excitement, and energy. 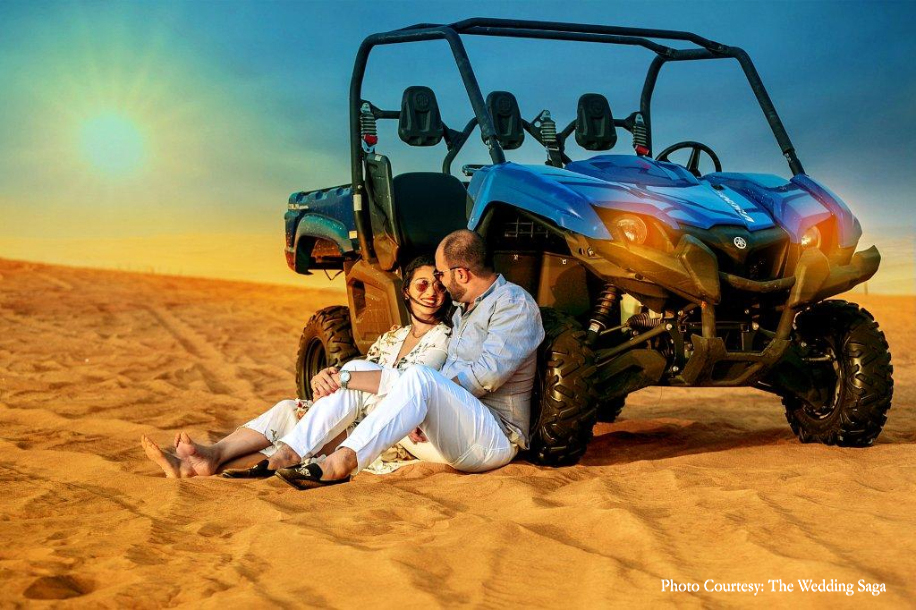 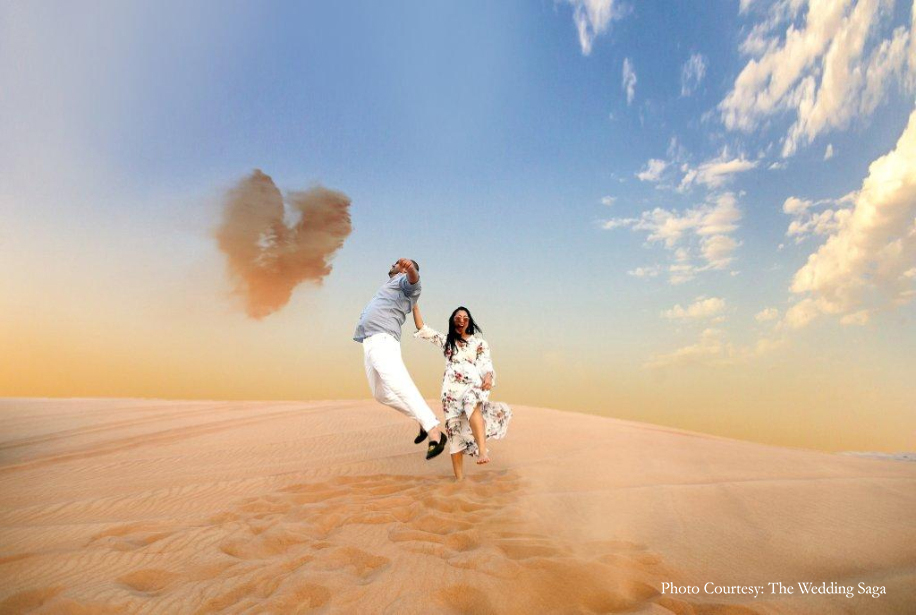 4. A Royal Affair – Kodoclicker
Vaibhav and Chandni’s pre-wedding photo shoot at the sprawling and historic Neemrana Tijara Fort Palace in Alwar, Rajasthan, embellished their pictorial romance with a sheen of royalty. Captured by Kodoclicker, the images blend vintage vibe with modern elements. The Kodoclicker team shares, “With the historic backdrops of the magnificent venue and the regal essence of Rajasthan, we had a great time capturing Vaibhav and Chandni’s chemistry in the photo shoot.” 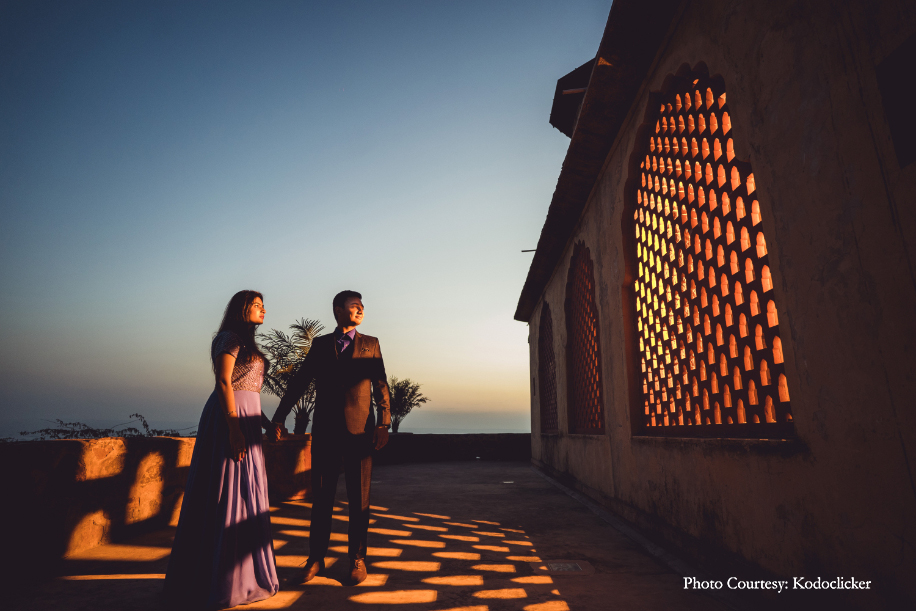 5. Sun, Sand & Serene Scenes – Twilight Photo & Cinema
Twilight Photo & Cinema captured Vishankh and Siddhi’s love in the beautiful backwaters of Kerala. Team Twilight Photo & Cinema shares, “Vishankh, Siddhi and our team decided to do a post-wedding shoot instead of pre-wedding one as there was very little time available before the wedding. After a long search, all of us finalized Kerala as our shoot destination. We started shooting in the green hill station of Munnar, then the backwaters and finally, on the Trivandrum beach. The excitement of the couple encouraged all of us to put our best into this photo shoot.” 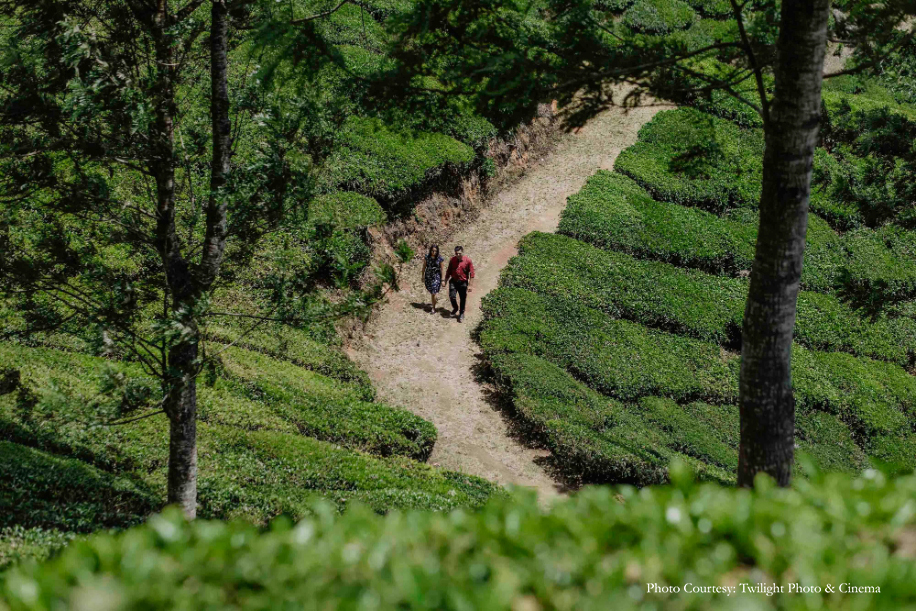 6. Building a Picture of Bliss – Studio Finesse
Dehradun provides lush and hilly backdrops for pre-wedding photo shoots. Studio Finesse captured Aditi and Ankit’s romance in one of the city’s most evocative locations. From casual poses to dramatized frames, the images capture the powerful chemistry between the couple as they smile into the camera while standing in a beautiful brick-clad building with beautiful arches, endless corridors an earthy vibe. If you are looking for a talented photographer for your pre-wedding or wedding photography, check out WeddingSutra Favorites.
This entry was posted on Tuesday, August 28th, 2018 at 11:28:08 am and is filed under Pre Wedding Photoshoots. You can follow any responses to this entry through the RSS 2.0 feed. Both comments and pings are currently closed.