They say spring is when a young person’s thoughts turn to love and if you look at our pre-wedding shoots from March, you’ll believe it’s true.

Timeless Tales – The Photo Lab
The old and the new come together seamlessly to create eternal memories in Shreya and Deep’s photo shoot. The artistic contrast in every frame shot in Chorwad, by The Photo Lab, highlights both, the couple’s roots and their relationship today. The bride says, “We met the team two months prior to the shoot and gave them very vague and arbitrary ideas. However, they understood what we wanted and presented a few refined options. After finalising the concept we planned a 2-day shoot down to every last detail including what we would wear. Everything was thought through so well that we managed to be on schedule throughout. We wanted photos that would last the test of time and the team pulled that off so well!” 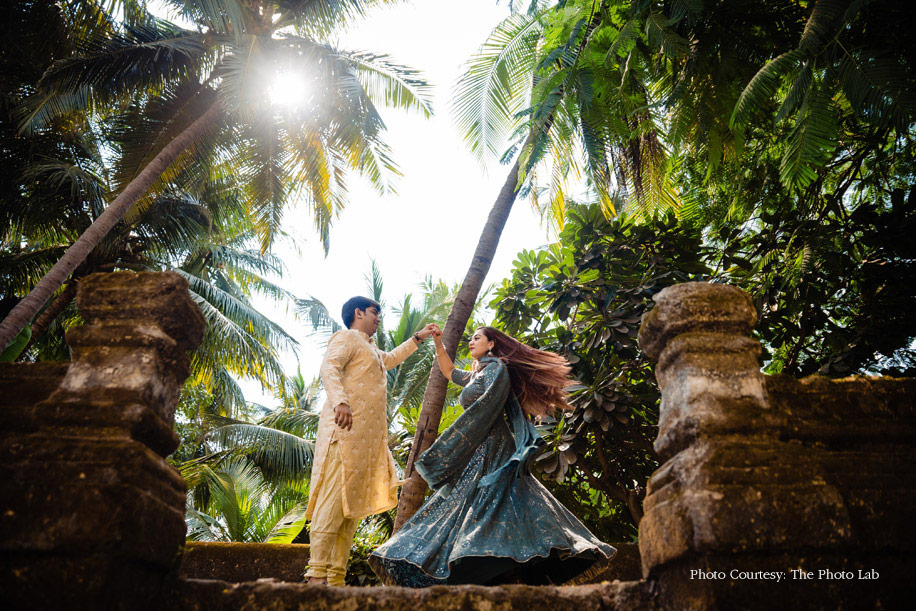 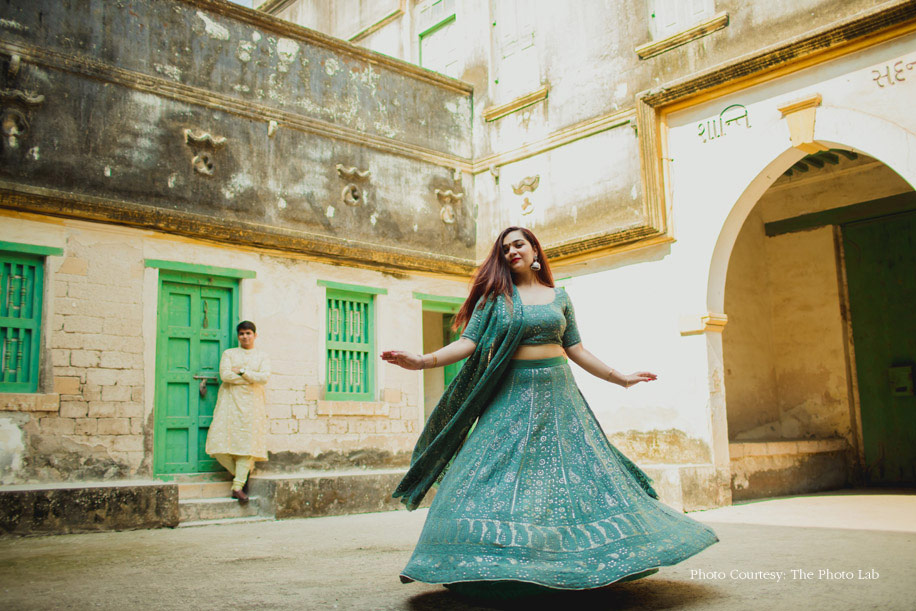 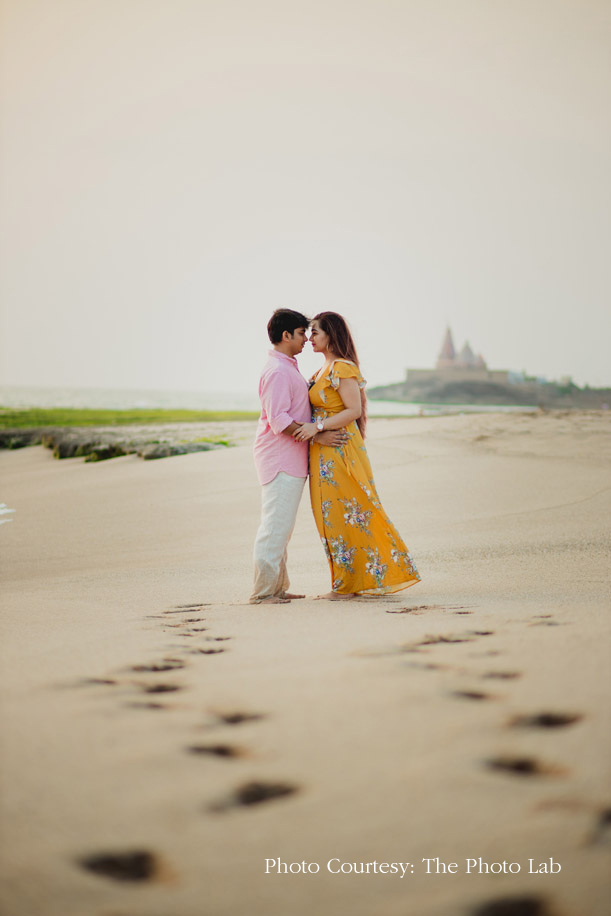 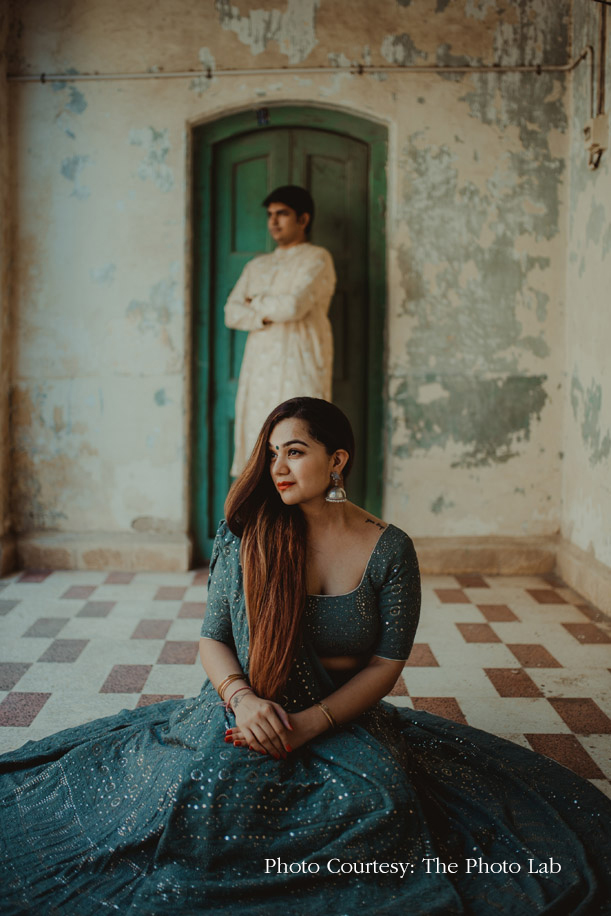 Fun and Frames – Shot with Meraki
Sometimes it’s in the light-hearted moments that couples find some of the best memories. Rewa and Mayank wanted to lighten the mood and have a little fun at Lodhi Garden as their big laughs and love were captured. Rewa says, “We wanted pictures from our pre-wedding shoot to be everything that the pictures from a wedding are not! So we decided to let a relaxed mood be our guide and left it up to Robin and his team at Shot With Meraki to create magic with their cameras. They were all so great to work with and are very well versed in the art of capturing candid moments. They made us feel very comfortable in their presence and we hardly noticed the cameras.” 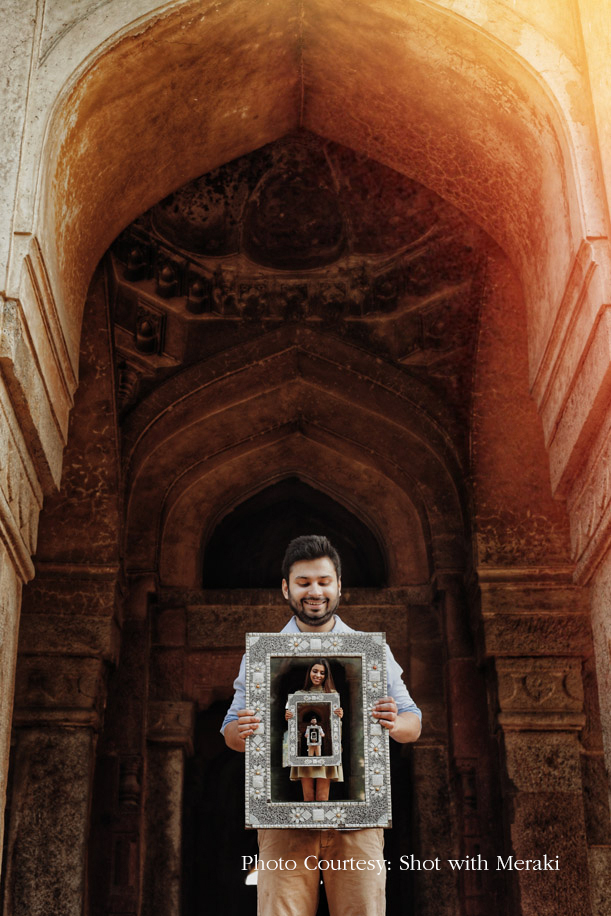 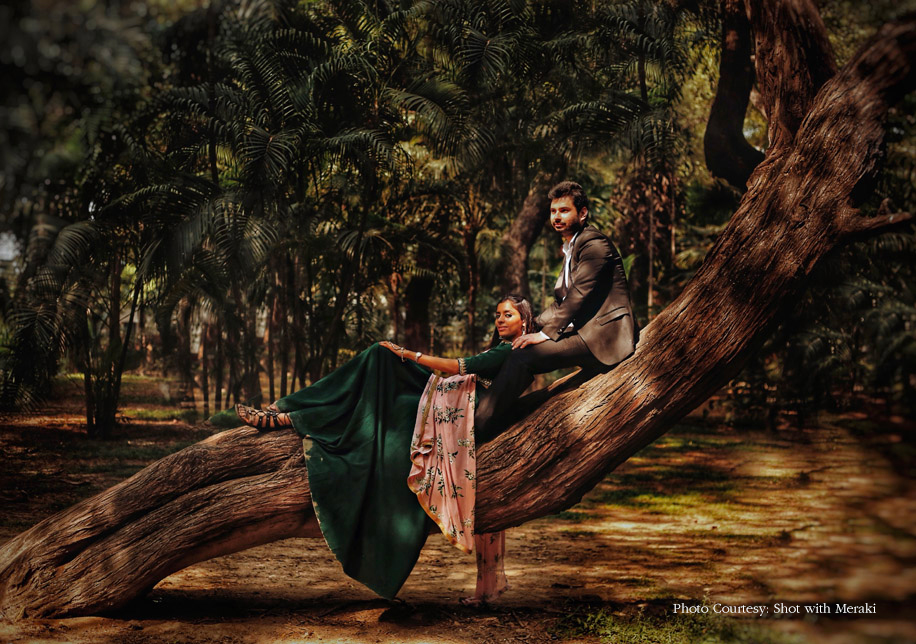 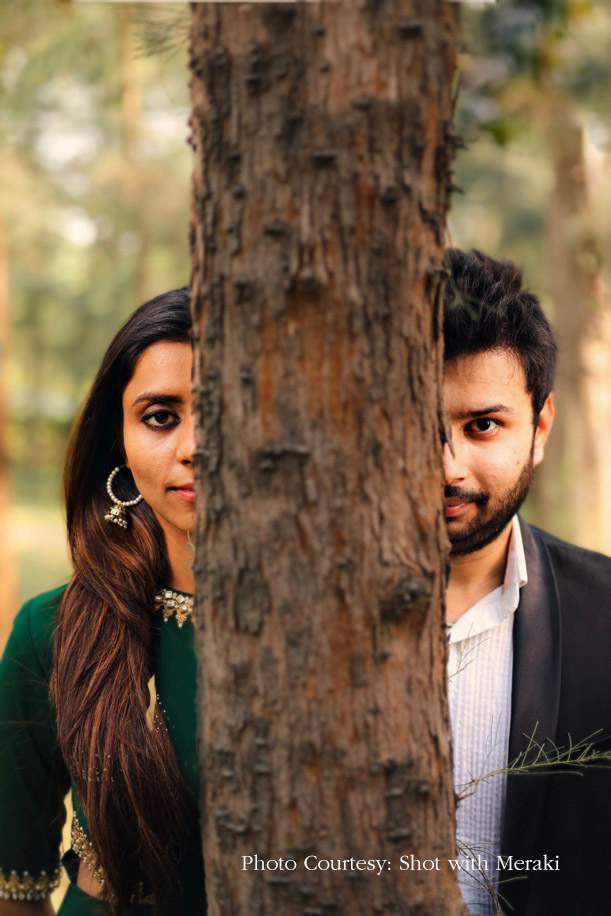 Young Wild and Free – The Wedding Diary
Love is a lot about laughter – inside jokes, giggling like teens, striking quirky poses and that sort of relationship translates brilliantly to pictures during a pre-wedding photo shoot. Roshni and Manil’s playful sides were in perfect form as they spent time goofing around at Alibaug and ended up with some utterly refreshing photos. Dhruv of The Wedding Diary says, “Roshni and Manil were very keen on having a fun pre-wedding shoot on the beach and so we decided to take a ferry to Alibaug. While we did have a few creative concepts in mind beforehand we improvised a lot while shooting. The two share a very palpable chemistry and we were able to create stunning images because they were having fun all the time!” Diversity – Framed by RG
Man made marvels and natural beauty – the UAE has the best of both worlds. Shreya and Luv made the most of these diverse aesthetics as they went from mosque to museum, shores to dunes to get the most stunning captures. “We were trying to achieve a series of striking photos that captured the bond that Shreya and Luv share. The backdrops were fantastic, the vibe was chic and when it came to poses and framing, we went with our instincts. Every photo has an undeniable sense of stylish ease,” says photographer Ronak of Framed by RG. 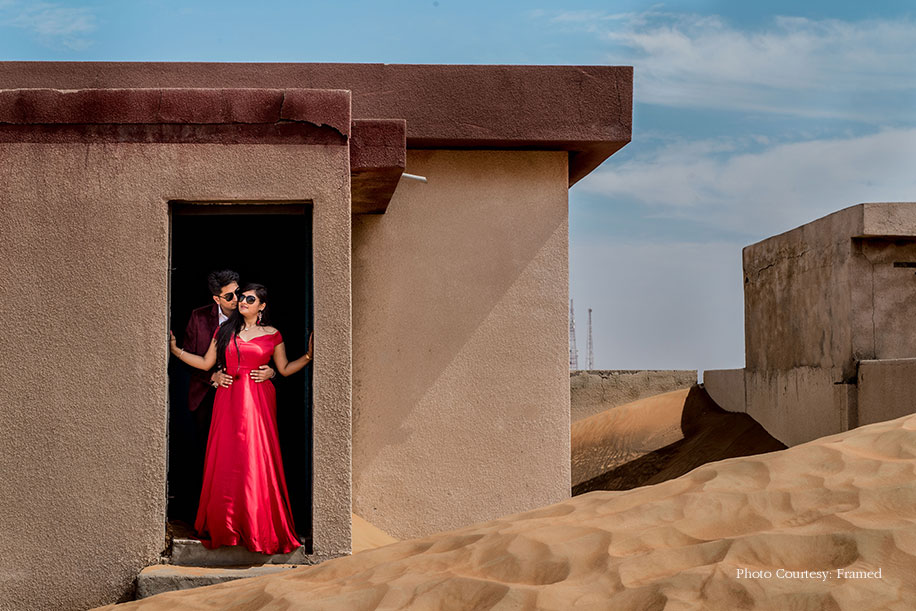 Escape to Love – Pune Dusk
The lead up to the big day can be very hectic so Saumya and Aditya planned a photo shoot that incorporated a quick getaway. Romance took over as Pune Dusk photographed them and their pictures radiate that warm, fuzzy feeling. Across a series of scenes – sharing a blanket by a bonfire, dancing in a corridor or just enjoying the beauty of nature – every mood is documented authentically and tells a tale worthy of a romance novel.

Waves of Romance – The Creative Lens
Shubhi and Naveen’s pre-wedding photo shoot by The Creative Lens features waterscapes in every frame and still, the photographer manages diversity throughout the series. One of the most spectacular photos is a wide angle shot of the two standing in the shallow sea surrounded by jagged rocks as surf surges towards them. Their pictures mix the placid beauty of their environs with their tangible delight to produce images that find a delicate balance between excitement and allure. If you are looking for a talented photographer for your pre-wedding or wedding photography, check out WeddingSutra Favorites.

This entry was posted on Wednesday, March 27th, 2019 at 8:00:21 am and is filed under Pre Wedding Photoshoots, Wedding Photography & Films. You can follow any responses to this entry through the RSS 2.0 feed. Both comments and pings are currently closed.